What would Wednesdays be without Walkabout?

Never has so much fun been had by so many

Let’s get one thing straight: Walkabout is the best club in the country, no question.

Others may brag about their super-cool cocktail deals, their trendy rules or their Ascot dress codes. But as Sinead O’Connor so rightly said: nothing compares. Here’s why.

Very few feelings of joy remain constant throughout an academic year. The end of Freshers’ has us crashing back down to reality. The two months until an assignment is due turns to an hour in the blink of an eye. The late-night pleasure of a drunken order at the Waterloo Grill makes you question everything you have ever eaten as soon as you wake up. But there is one, everlasting, weekly love: when an absolute banger from Pop Party 2013 blares out onto the Walkies dancefloor. And it’s not just one. It’s every single song. Spice Girls, T Swift, JT and Flo Rida are just a few of the many jukebox classics on offer.

Why wait two minutes for a drum and bass drop when Jess Glynne can hit the nail on the head with every word? There’s no-one awkwardly wondering how and when to start dancing like they have a nervous twitch. Not at Walkabout. Down your snakebite, get on the floor, and let the wise words of Pitbull et al move your feet until the sun comes up (1am – or 3am on special occasions).

And it’s not just the music – it’s the costumes too. Fancy dress at any other club can cruelly isolate the weak from strong. The “last minuters” from the prepared. The poor from the rich. Not at Walkabout.

Instead of feeling like a social leper, or – heaven forbid – being told you can’t enter the holy house because of your pitiful attire, praise is given for even the smallest of attempts. One single eye patch. A smudge of face paint. A hat meaningless to the theme given. What may be seen as pathetic elsewhere is held up with pride and shown to the world – and the people like what they see. Make-doers with torn T-shirts and blood splashed aimlessly upon their face are not avoided. They are adored.

It shows courage, humour, and acceptance that at least 75 per cent of all gerbombs consumed will be spilt down said outfit. The priorities are spot on: the night makes the outfit, not the other way around. 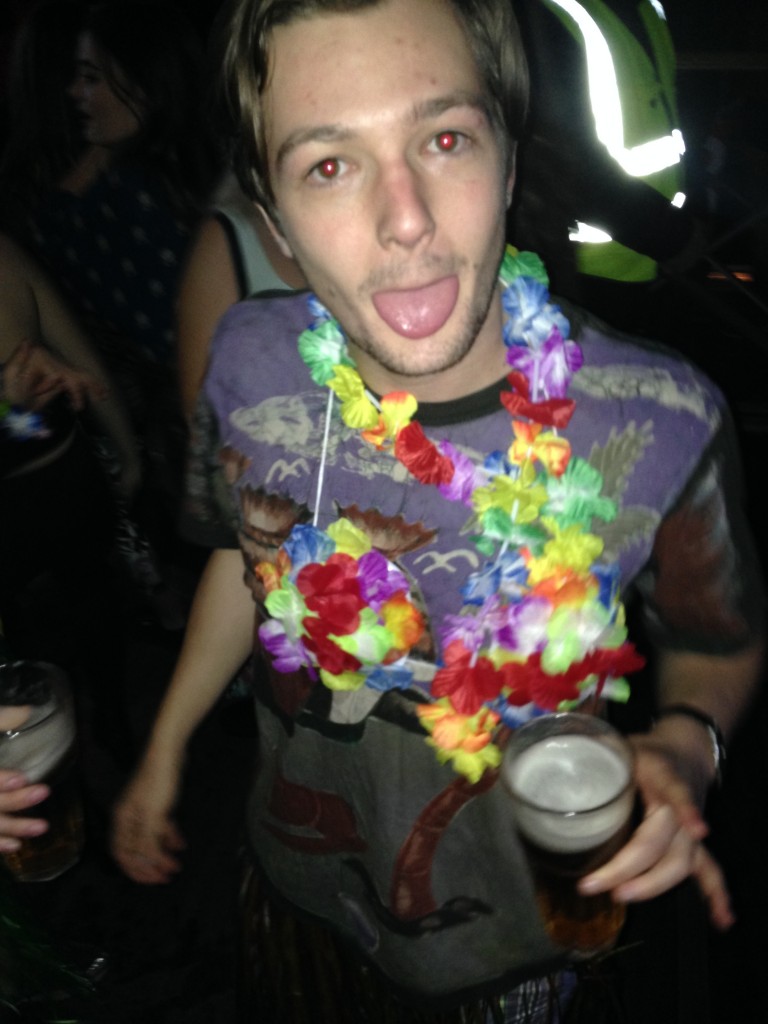 Any attempt is a worthy one

Many a drunken soul has stumbled onto the hidden danger that is the dance floor, not knowing which way is which after bravely downing two double vodka cranberries. It’s normally easy to drown in a stormy sea of netball girls, but not at Walkabout.

You stagger to your feet, using a stray heeled shoe to balance them, and hope is restored. Like a lighthouse to a doomed ship, concerned teammates stand tall upon the two podiums, on the lookout for any signs of life. A stray hand reaches down and pulls you to safety by your soaking, mangled tie, leaving you to think what may have been had the podium not come to your rescue. The podiums aren’t just for showing the Walkies crowd your moves. The podiums save lives. 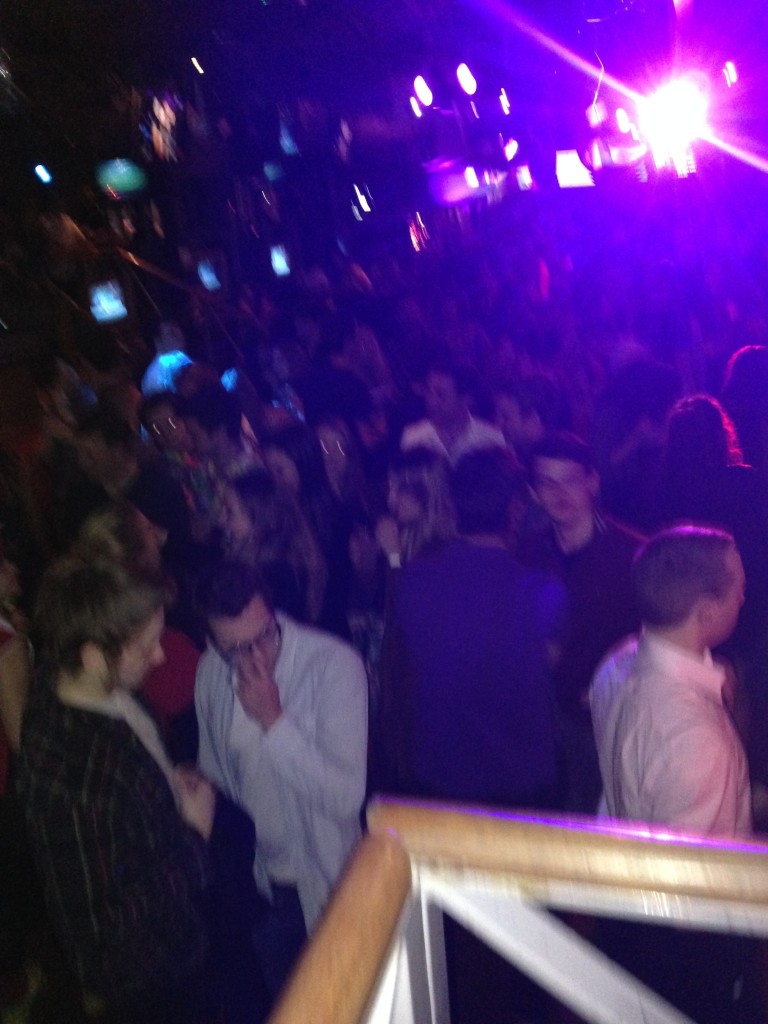 IS ANYBODY OUT THERE?

For both the guys and the gals, the toilet experience on a night out isn’t normally one to be savoured. Most often, clubs get the balance wrong. It’s either so fancy that you’re scared to piss in the gold-plated urinal in case the Duke of Cambridge turns up with a disapproving glare, or the state of the toilets is so bad that you wouldn’t be surprised to see another man pissing into his own hand out of confusion and desperation.

But not at Walkabout. The balance is perfect. The urinals are bog standard (no pun intended) and do their job brilliantly, while behind you a sense of class prevails, with gold-plated mirrors that Lady C would be satisfied with.

Staff dedicated to controlling your aroma with half-price aftershave and deodorant complete the experience as you leave with your head held high, wafting Eau de Toilette at anyone within 100 yards of you. 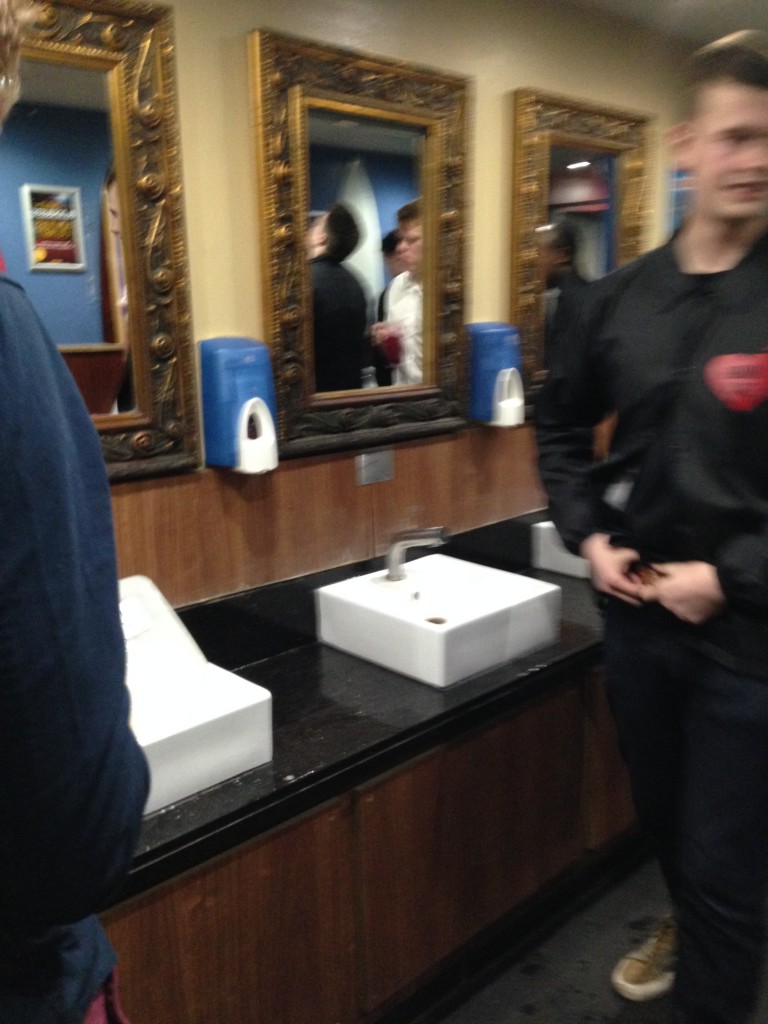 But the toilets and the podiums are irrelevant – it’s the air of love which makes Walkabout so special.

Rivalries will always be there. Rugby or Football? Netball or Hockey? Each team will give you a whole host of reasons why their sport is the one to play and love. Sometimes, this can ruin a social event, and unnecessarily become the focal point of the night. But, as always, not at Walkabout.

The competition is left on the pitches, as the atmosphere and togetherness found within the sacred walls spreads like wild fire, represented by the flags of the world hanging above them. Win? Lose? No bother! A fencer is having a good ol’ chinwag with the captain of the taekwondo team. A netballer is showing a footballer how to neck a pint without a flinch. A rugby player is pulling off dance moves the hockey girls didn’t even know were humanly possible.

They may all have different outfits/ties/knitted socks to represent their sport, but they all display the King’s crest – and they are all soaked red with the recognisable and much-loved colours of lager, cider and blackcurrant. 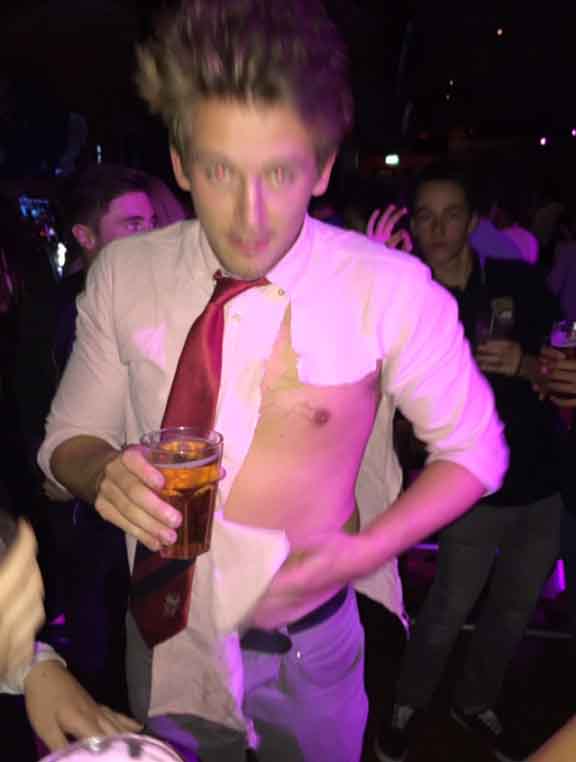 Footballer behind giving support to a rugby player

Walkabout isn’t about proving which team is best. It’s about getting so hammered  you end up challenging the badminton team to an imaginary game in the middle of the dance floor… and losing.

But of course, all good things must come to an end – said someone who hadn’t been to Walkabout. Most clubs end the night with the last hour or so dragging on, with dribs and drabs of groups leaving, not drunk enough and bored. Not here.

The last hour is where the most memorable of stories come from. Dedicated men and women double their order of Jägerbombs, just to ease the pain of going back to the loathed nature of work and maturity. Jumpers are thrown to the ground and shirts are unbuttoned to the theme of Baywatch. Guys and gals find their “Walkies Soulmate” to leave with holding hands, after giving them the traditional big snog in the queue for coats and bags. Even the bouncers are seen bopping their feet, making the most of the last few moments of their night on the job. 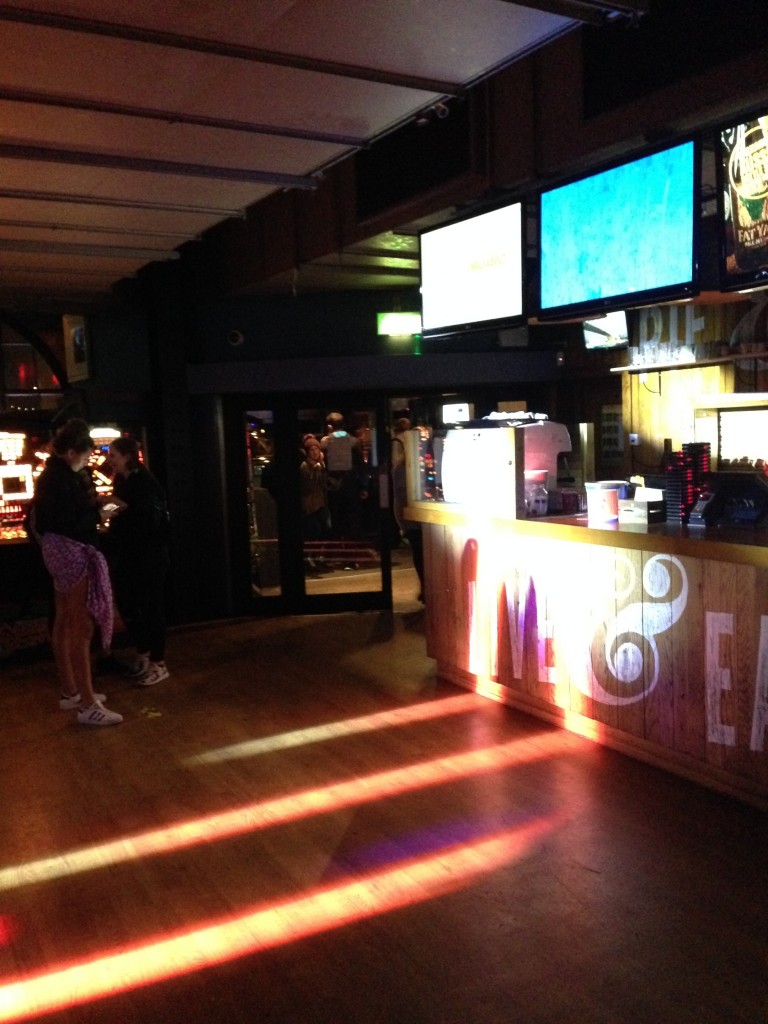 Goodbye for another week

The real magic of this legendary venue happens when the lights turn on to signal the end, an act which is normally met with dread and hope that the person they have fallen in love with isn’t Jabba the Hut, while a few party animals are still trying to order eight double vodka and cranberries for the road.

The queue for the bags and coats is by now full of potential couples trying to remember their own initials for the collection of their hockey sticks and fencing swords, let alone each other’s.

And of course there’s always one man just about balancing on the podium, looking for any form of life, any forgotten soldiers at the end of battle.

Other clubs have one-hit wonders, one-timers, surprise visiters. Not Walkabout. Walkabout is full of committed members of KCL sports teams who live and breathe Wednesday nights. Who love the sound of Rihanna at 2am, who love the taste of a cool, fresh snakebite.

They love everything that makes up the place they love. They love Walkabout.