If I wanted to be that sweaty, I’d go on a run

We need to face the fact that clubbing is the absolute worst.

I tried to like it during freshers’ week, but who was I kidding? I’m just not cut out for that life. Anyone who tries to say they are is lying – and lying to themselves.

Let’s start with the soul-destroying pre-drinks.

A small part of every sane person dies when the cringeworthy terms “pres” or “prinks” start getting thrown around. They take so long, that by the time the “drinks before the real drinks” have ended it’s pretty obvious that everyone’s secretly ready to get into bed and catch up on Downton Abbey. 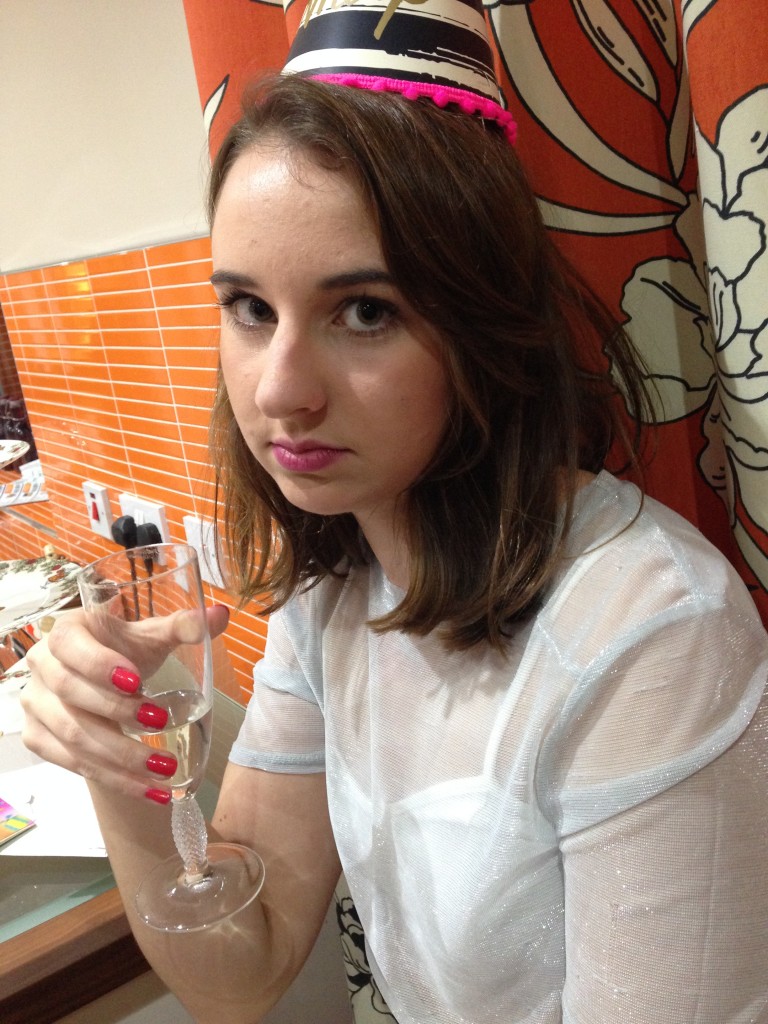 And not just that –  by the time everyone’s actually ready to go out, it’s been so long that you basically already have a mortgage and three kids.

A 10 minute turnaround is more than enough to get ready for a night out – you don’t want to give anyone the false impression that you’ll be having a good time. It’s definitely enough for anyone who enjoys being comfortable and maintaining a reasonable body temperature.

“What do you mean I can’t wear a parka and my Nikes?” is probably my most commonly used phrase when it comes to clubbing, but because everyone else treats a night out like it’s London Fashion Week, you have to wait around while they faff around with false eyelashes and take a load of selfies.

You are not having a good time right now. Everyone knows this, it’s just no one will admit it. But nonetheless, you might as well upload a photo to every social media outlet to keep up the illusion. 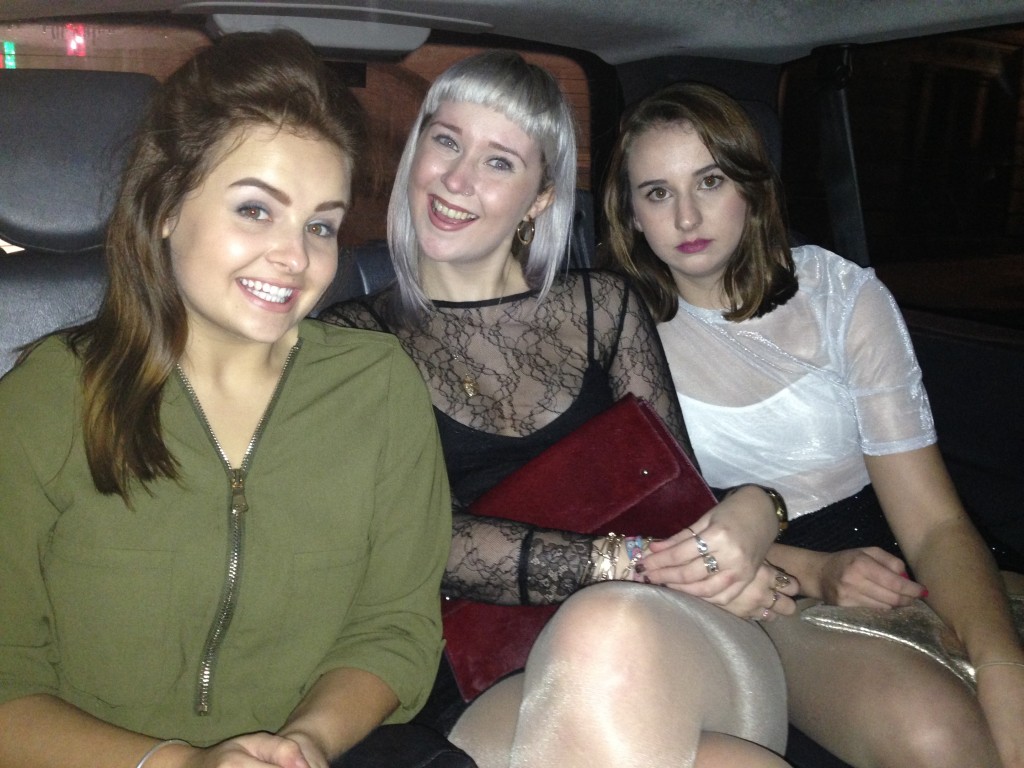 What feels like a thousand years (and pictures) later, you’re at the bar, where everything is nicely decorated and the drinks have pretentious names. But nope, everything still sucks. People keep spilling their drinks on you, making you honestly wonder why  clubs don’t serve alcohol in contained beakers.

Meanwhile, the barmaid has just spent what feels like several decades shaking up a “Tequila Mockingbird” for one customer, and it turns out to be served in a thimble. “Give me a fucking break”, you think, wondering if you could get away with just having a water instead. 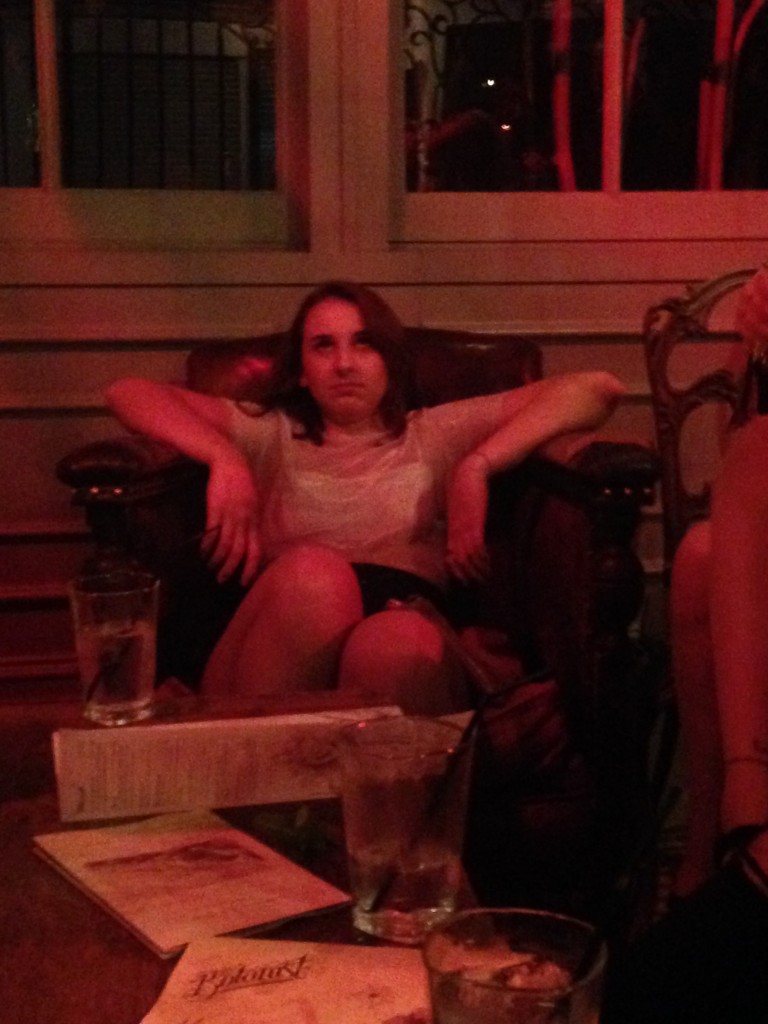 And we all know what happens when you drink – the monstrous toilets queue beckons. Ah, the struggles of womanhood. Even once you finally make it to a cubicle, you can’t just pee in peace.

Oh no, you have to engage with the facade of sisterhood and listen to the life story of other random chicas who you’ve never met and will definitely never see again.

Once you’ve passed some time in the toilets, there’s really no excuses left – you have to dance. But how do you actually do it? Only the crazy guy with the sweat patches and bloodshot eyes seems to know.

It’s just embarrassing for everyone involved. You’re tempted to stick to what you know from your childhood ballet classes, but realise it wouldn’t be socially acceptable. Weird awkward twitching it is.

And just in case you didn’t look like enough of a tit, there’s also the heinous expectation that you know all the words to every song. Which obviously you don’t. If you’re lucky, by the end of it you’ll have grasped the chorus. But you’ll spend the rest of the “shit hot track” (the cringe DJ’s words, not yours) looking at the floor wondering where the fuck people find out about this music, because they definitely don’t play it on Capital.

If you’re really lucky, this session of pure torture will be interrupted by things getting freaky on the dancefloor. It might even be you! After all, who doesn’t love it when a stranger shouts in your ear, you pretend to hear and then either someone you’d never swipe right for is grinding on you, or you’re putting a fake number in their phone – only for them to immediately call the number and realise it’s fake. Oops.

But, anyway, it’s more likely that it’s a weird old couple getting it on. You really want to stop watching, but you can’t. Before you know it, you’re narrating the scene like you’re David Attenborough and the dancefloor is the planes of Africa. 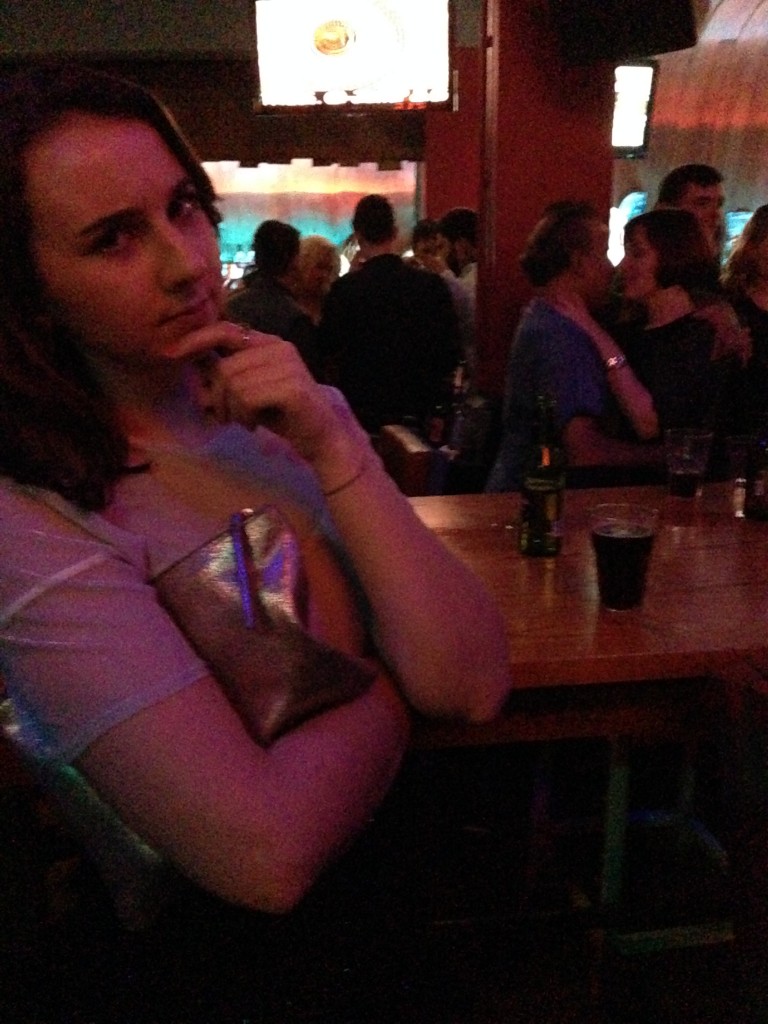 At this point, the realisation hits you: people are probably having sex in here, right now. No one knows who they are, or where they’re doing it, but chances are it’s on a surface you’ve come into contact with at some point tonight. If that doesn’t put you off, there’s something wrong with you.

So you consider escaping the club and heading to the smoking area, but you’re torn. You’re desperate to leave, but standing out in the cold listening to drunk people chat shit and ask to borrow your lighter (or worse, offer to pay you £2 for a single cigarette) when you don’t even smoke just sounds like more than you can bear at this point.

If you do make it out there, you soon realise it’s so dire in the smoking area that you actually miss all those tunes you probably don’t know – and even when you get back in, you realise the new Justin Bieber banger you’ve been waiting for got played when you were outside. 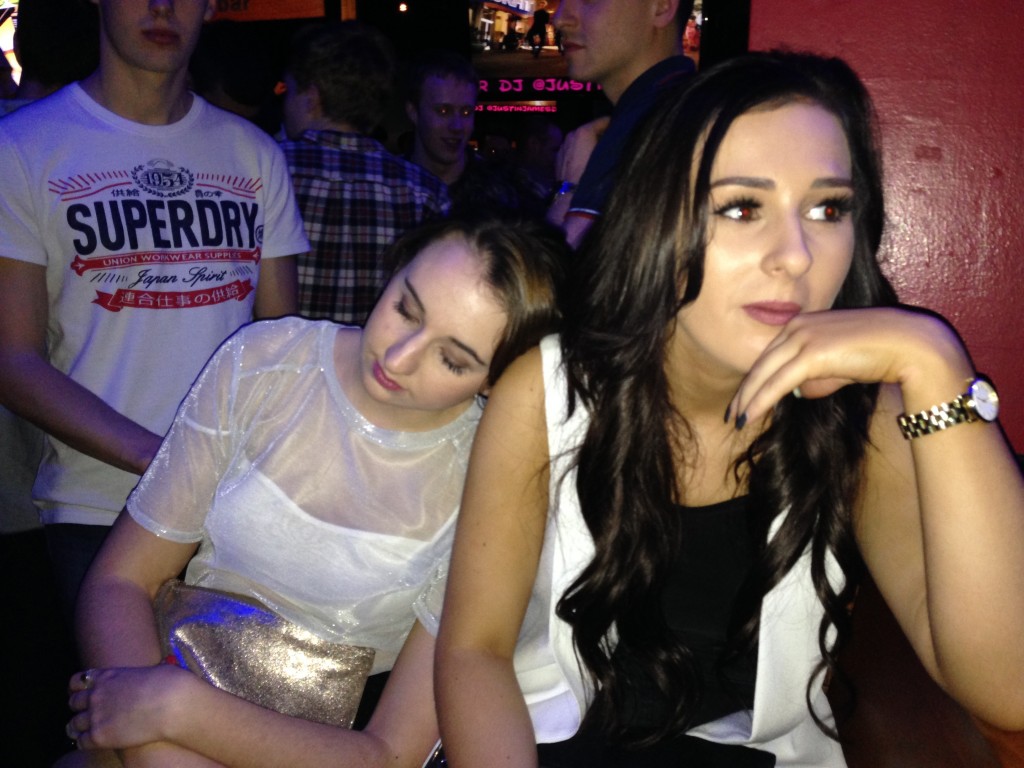 Feeling dirty, penniless and way too sober, you should just admit you’d rather be anywhere else. This whole time you could have been drinking in your kitchen at home – you’d all be less sweaty and you wouldn’t have had to scream into each other’s ears.

Basically, anyone who says they aren’t completely done by 2am is kidding themselves: the highlight of every club night is, without doubt, being told it’s time to go home.