They’re refusing to accept Heineken’s price increases, which it blamed on the weak pound and the budget

For those who like to indulge in Heineken beers including Amstel, Sol and Kingfisher – the bad news is that Tesco will not be stocking them any longer after the supermarket refused to accept price increases the brewer blamed on Brexit and the recent budget.

Various Heineken brands have been absent from Tesco shelves for six weeks after annual talks over pricing ended in a stalemate. In total, 24 out of 53 Heineken brands are affected, with eight pulled from the shelves altogether. 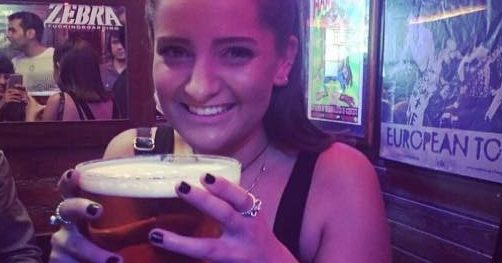 Heineken is understood to have argued that inflation since the Brexit referendum has pushed up its costs.

Bad luck to anyone wanting a few tinnies tonight.

The details of his ‘gross misconduct’ have not yet been revealed

Every single stereotype you will see at Vensday

It’s a night of cheap thrills, awful outfits and probably an easy shag

They had been dating for seven months

Get your freak on

How to make it a full 24 hours in Templeman

Brace yourselves, exams are coming

Sibson is the swaggiest place on campus

You’ll be mad that you aren’t a business student

On Radio 1 this morning

Every type of boy you would’ve known at Catholic school, and what they’re probably doing now

Home of the boisterous and land of the sexually frustrated

How girls develop as clubbers over the years

But did u do body con dress with heels?

This summer’s graduation ceremonies will not be in Canterbury Cathedral

No filter? No problem

If you’re bored of Canterbury, then you need to visit these places

They’re refusing to accept Heineken’s price increases, which it blamed on the weak pound and the budget

Everything that annoys you about Essentials

Why are the veggies facing the chocolate? Where the fuck are the eggs?

No one turned up to the X-Factor auditions in Kent

The realities of being British Born Chinese

It’s not an easy gig

Why is harmful drinking so engrained in student life?

What happened to a few quiet ones?

‘There might be a UK Hun? EP’: Tayce and A’Whora on their experience doing Drag Race UK

Revealed: These unis still haven’t given their students a no detriment policy

Despite two national lockdowns, these unis haven’t yet implemented no detriment

Which character from Ginny and Georgia on Netflix are you? Take this quiz to find out

Look, we can’t all be Max

Explained: Why is Daisy May Cooper’s Instagram down at the moment?

It follows a hilarious video with her publishers

Fans of Adam and cats should probably look away now

The rise and fall of influencers: Is the age of giveaways and #ad posts coming to an end?

Was Dubai actually the tipping point we all thought it was?

A group of students dressed up as the ‘Four Lads in Jeans’ and fairplay, they nailed it

Adele and Rob are besties

She disagreed with the direction the show was heading in

Okay, but what do ‘pog’ and ‘poggers’ actually mean on TikTok?

Debunked: Does putting a wet paper towel down stop you crying when cutting onions?

TikTok seems to think so

We asked men with fish pictures in their Tinder profile: Why?

One of them is a legit fisherman HA

I SHOULD HAVE WON

Quiz: Which of the girls in Glee are you?

No one wants to be Rachel