A food and drink festival with Jonny Bongo, and an IL card – what’s not to love?

Independent Liverpool have created a winter Street Food Festival, that will take place later this week, their first ever festival in partnership with the Students’ Union.

Everybody who has ever lived in Liverpool knows about Independent Liverpool, the ever growing business that promotes independent venues and events across the city. They have grown to become a crucial part of Liverpool life, and now they are hosting another of their amazing food festivals. This time, and JMU student’s who buy tickets before 12pm tomorrow willbe given an Independent Liverpool card that lasts until March 2018. The event will be on Thursday 1st December, opening from four until eleven, in the aptly named, Great Baltic Warehouse. The warehouse is a massive venue that looks amazing when decorated.

Independent businesses are at the heart of this city, they are what keeps it interesting, cultural, and that make some amazing scran. Independent Liverpool have previously hosted a Carnival themed summer food and drink festival, which was really successful. The festival environment is a great way to enjoy trying all different kinds of food from new places, under the same roof. Some of the same stalls will be returning this time, once again filling the Warehouse with all kinds of amazing food. 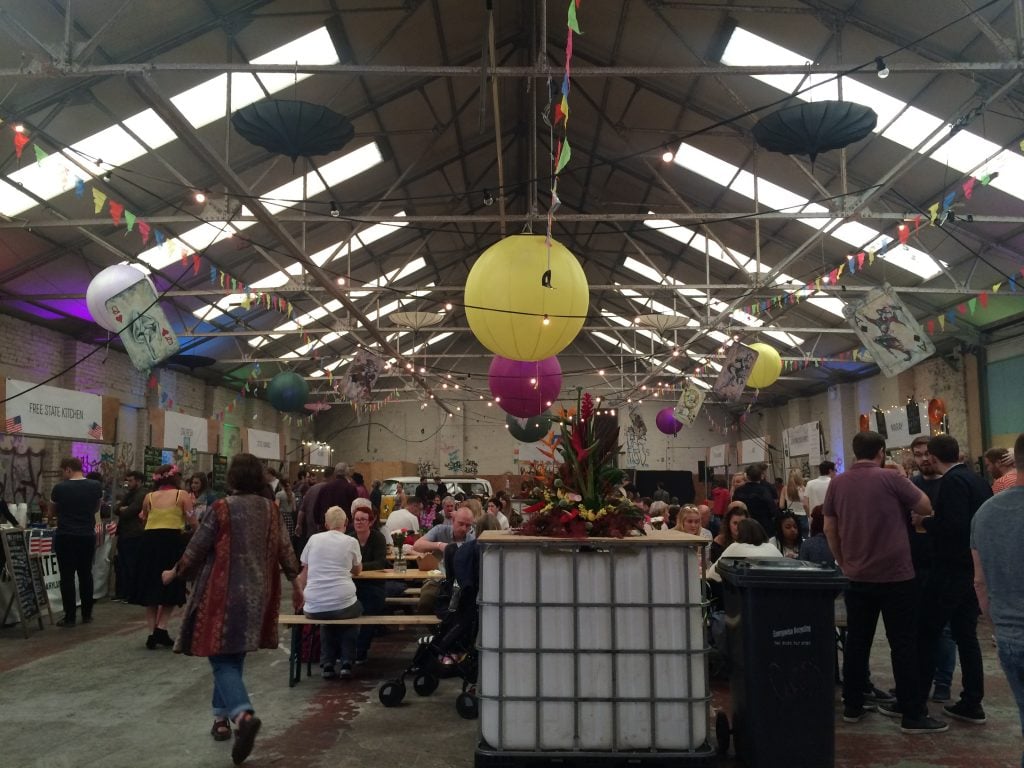 One of the rooms of the summer festival that also took place at the Great Baltic Warehouse.

Food at the festival will be provided from many vendors, including:

Food and drinks start from as little as three pounds, much lower than what you would expect to pay in a restaurant. There will also be a mystical Winter Garden, and live music from DJ’s such as local legend Jonny Bongo.

Tickets, which can be bought here, are only £2.50 and ticket holders will be given a £2 drink voucher on arrival, in addition to an Independent Liverpool card. If you want access to a variety of foods and cocktails, all under one roof, don’t hesitate to get your tickets, and support local businesses.

Meet the 17 year old with his own comedy club

His first show is in less than a month

A food and drink festival with Jonny Bongo, and an IL card – what’s not to love?

‘Killer clowns’ have been spotted in Liverpool

Apply for The Tab Fellowship at John Moores

There are ten spots

More needs to be done

John Moores students buy the the cheapest wine in the country

Things you’ll only get if you studied in Copenhagen

The Mermaid statue isn’t all that great

How to nail a girls night out in Liverpool

Everyone should experience life working at American Summer Camp

What do they know?

The union have called to have it removed

You voted Nabzys as the best takeaway in Liverpool

They do put cheese on your chips for free

Though it didn’t directly affect me, it changed everything

Everything you really learn as a third year English student

‘It can come back any time, but melanoma will not defeat me’

VOTE: What is the best takeaway in Liverpool?

Everyone’s got an opinion

There’s no hiding them

Harry Styles had tea with a fan’s dad and fed her fish, all whilst she wasn’t home

‘It really was awful. I was so confused’