She only managed to go because the uni saw her potential

An asylum seeker graduated with a Masters from Glasgow University this week, after long battle with harsh government policies.

22-year-old Nigerian-born Wendy Dolapo Onabule moved to Scotland when she was nine, however her family were still seeking asylum when the time came for her to apply for university.

Wendy's school record was stellar and she had received multiple unconditional offers to universities around the country, but there was a chance Wendy would not be able to attend as a result of the UK Government's environment policy.

Glasgow University were quick to see Wendy's potential – they gave her a place and waived the £15,000 fee she would have incurred as she was still classed as an international student, despite being schooled in the UK for almost 10 years.

Despite excelling in school, Wendy faced missing out on university because her family was seeking asylum. She's just graduated with a Masters in Medicinal Chemistry and is returning to UofG to start her PHD. Congrats Wendy! 🎓🥳👏 #TeamUofG #UofGgrad19 pic.twitter.com/VeRJS5JrVO

The former Springburn Academy pupil appeared in a video tweeted by the university. The tweet currently has over 2,280 likes.

She says: "It sort of became a problem when I was applying for university and I realised because our status had not been sorted out, I wouldn’t be able to go to Glasgow University, although I had an unconditional offer.

"I knew this was definitely where I wanted to go so when I got to that stage and there was something blocking me, it was a bit surreal.

"I was a bit sad because I thought somewhere I'd been looking forward to going to for so long, I might not be able to go."

Through Glasgow University and her old school, Wendy was not only able to win a scholarship, but was also funded throughout the first year of her degree. 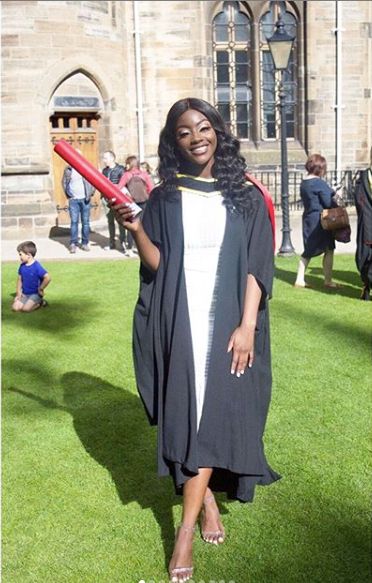 Wendy said: "Your status doesn't decide who you are because I know there's a lot of people who were in my position and just gave up.

"I'm glad I had the right people to fight and put my case to the forefront."

Dr Neil Croll, the head of the University of Glasgow's Widening Participation programme, said: "As an asylum seeker in this country, you are free to do your primary and secondary education.

"However when you apply to university you're then regarded as an international student.

"You're hit by international fees, which basically means that's an impassable barrier for just about every asylum seeker."

The University of Glasgow treated her as a home student, allowing them to waive the international fees she would otherwise face so she could take up her place.

Wendy said: "If you have the grades and you have the place, Glasgow uni is definitely there to lend a helping hand."

Wendy is returning to the University of Glasgow in September to start her PhD.

• ‘My home was bombed and I lost my best friend’: A Syrian refugee’s story

It’s official! This is Glasgow’s most eligible bachelor 2020

Are you friends with this handsome winner?

They believe he might be able to help with the investigation