Student says costume left her ‘hanging out’, brand says it was upside down

She said her vagina was ‘hanging out constantly’

A Glasgow student messaged a brand to say her swimsuit was uncomfortable only to be told she had simply worn it upside down.

Lyndsey Brown was at the Ocean Beach Club whilst on a girls' holiday to Ibiza, when she noticed the costume was stretched out of shape. She told Pear Swimwear her "vagina was hanging out constantly," and asked them: "Is it meant to stretch like that?"

Attaching a picture, she said: "It was so bad and embarrassing." The brand replied with instructions on how to wear the asymmetrical swimsuit, pointing out the shoulder strap for the costume was not where it should have been, and revealing Lindsey had in fact put the costume on upside down. 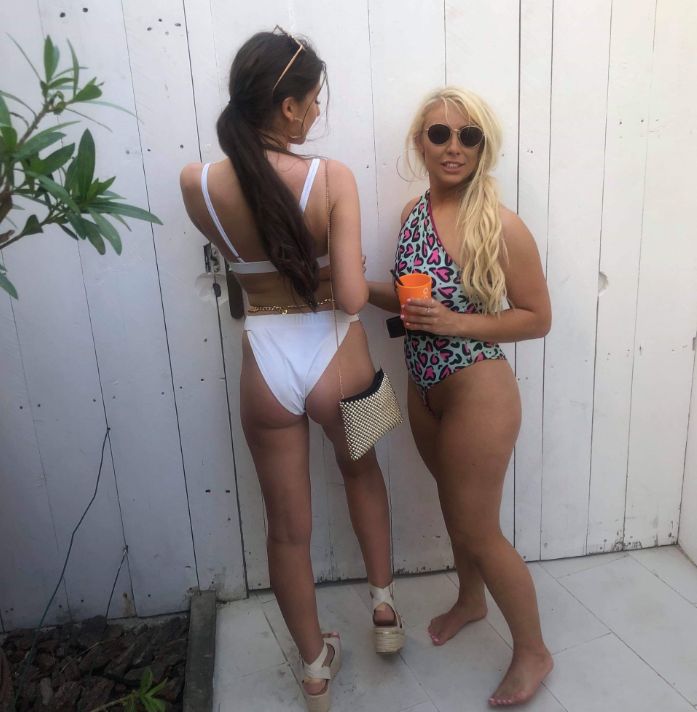 Speaking to UNILAD, Lyndsey said: "When I received the reply I went and looked at my swimming costume to see if it did match up with the picture they sent.

"I then waited till my friends woke up and showed them and we were all laughing and tried to figure out when it happened or how it happened and no one had answers."

Lyndsey was later kicked out of Ocean for being too drunk, but was confused, as she had gone to Ocean wearing the costume the right way. 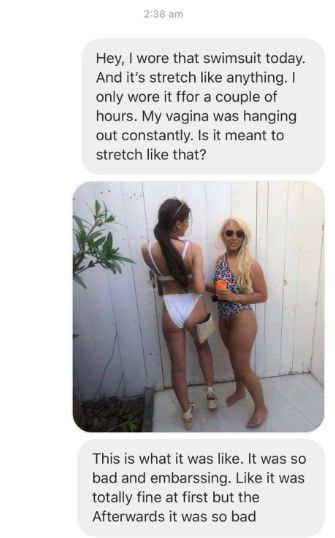 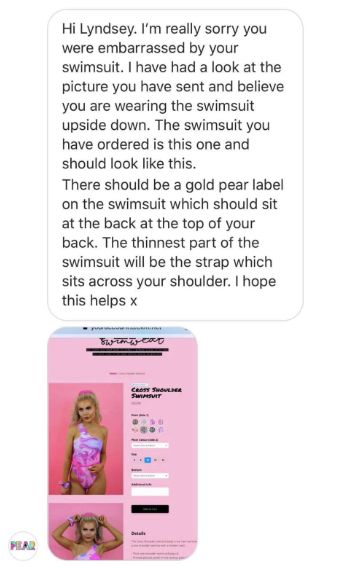 She asked Ocean staff what had happened, and told UNILAD: "We looked back at when pictures were taken and when I got kicked out.

"We made a timeline of what could have happened and asked the girl who was working at Ocean that day if she remembered anything.

"I obviously went to toilet, took it off, and just put it back on the wrong way round. We were all just drunk to notice and assumed the swimsuit was faulty and had shrunk."

BEFORE IT ALL WENT WRONG, she looked class whether her vagina was in or out ?? ps sorry we were all too drunk to notice either pic.twitter.com/OfVkQhvKw0

Lyndsey's friend Emma later posted the screenshots of the conversation to Twitter, where it's racked up over 141,000 likes.

She later posted an Instagram with her mates with the caption: "Been one of the most funniest few days ever.

"See you soon again ocean. Love my Gs (the swimsuit is on the correct way in this pic)."

• Every possible generic holiday your mates went on this summer