The SRC announced its disaffiliation with ‘immediate effect’

Student publication 'The Medusa Review' has been disaffiliated with the SRC with 'immediate effect' after they published a graphic rape story.

The Tab Glasgow reported on publication, which in its first issue published an extremely detailed story about the rape and murder of a woman.

The story, written by an English Literature student, took the perspective of a Jack-the-Ripper style figure and went into gory and gruesome details. Since the publication there has been outrage across the campus, and the SRC have responded by disaffiliating The Medusa Review with "immediate effect".

"The article is vile and undermines everything we stand for and we are appalled and disgusted at this. Therefore, we will prohibit the distribution of this on campus.”

The Medusa Review released their own statement in response to the disaffiliation which, laden with spelling and grammatical errors, spent more time attacking various individuals and institutions than actually defending the piece. They attacked The Tab, labelling us a "scurrilous rag that chases a salacious story at all cost". 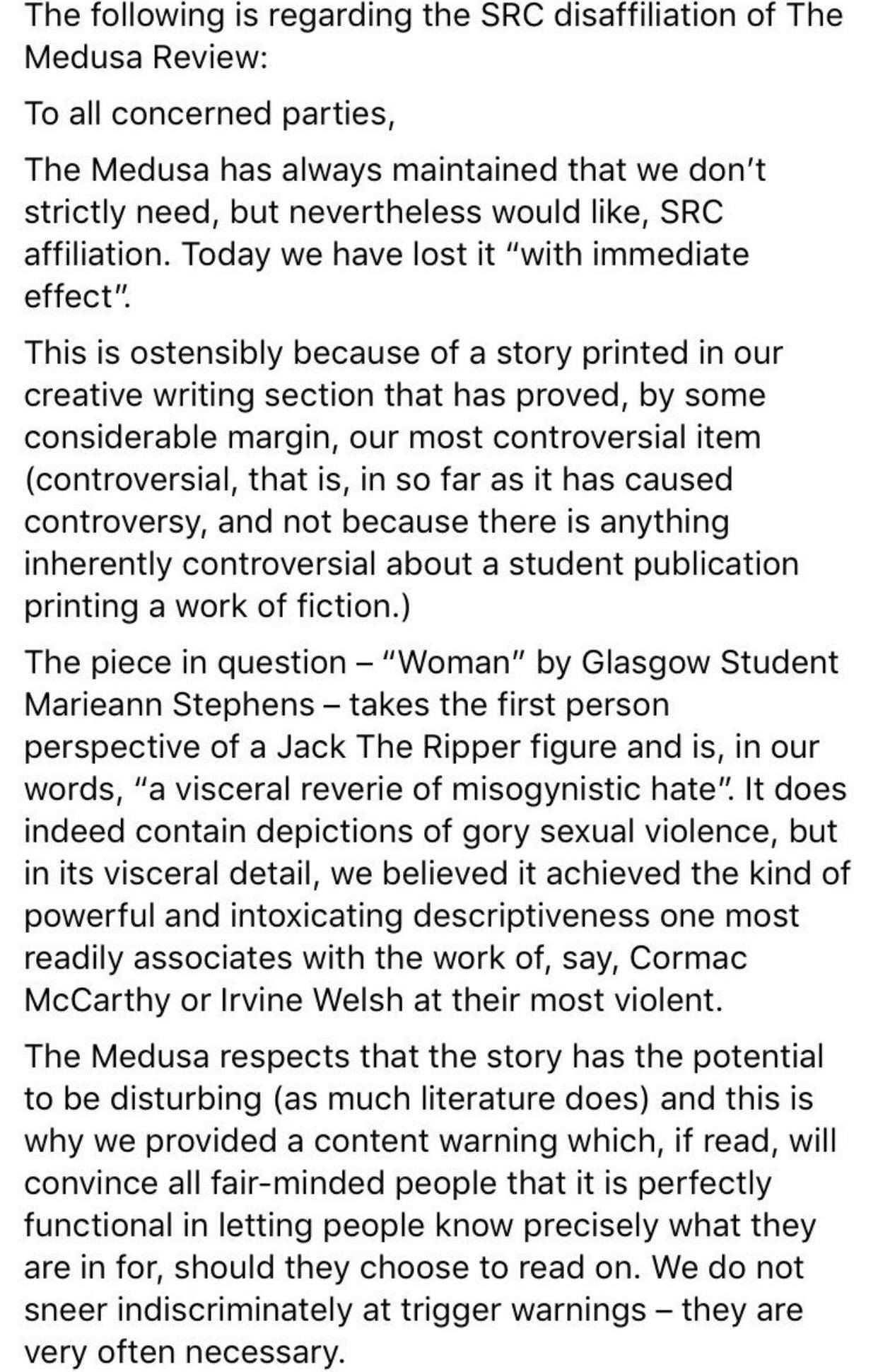 Furthermore, they added: "SRC have proven what manner of people they are", which, by this, they presumably mean a decent institution who will not stand for the promotion of graphic sexual violence.

To put it simply, the all-male editorial board in charge of authorising this graphic story of sexual violence are totally unwilling to accept their mistakes and, most importantly, apologise to those who are offended by the piece. 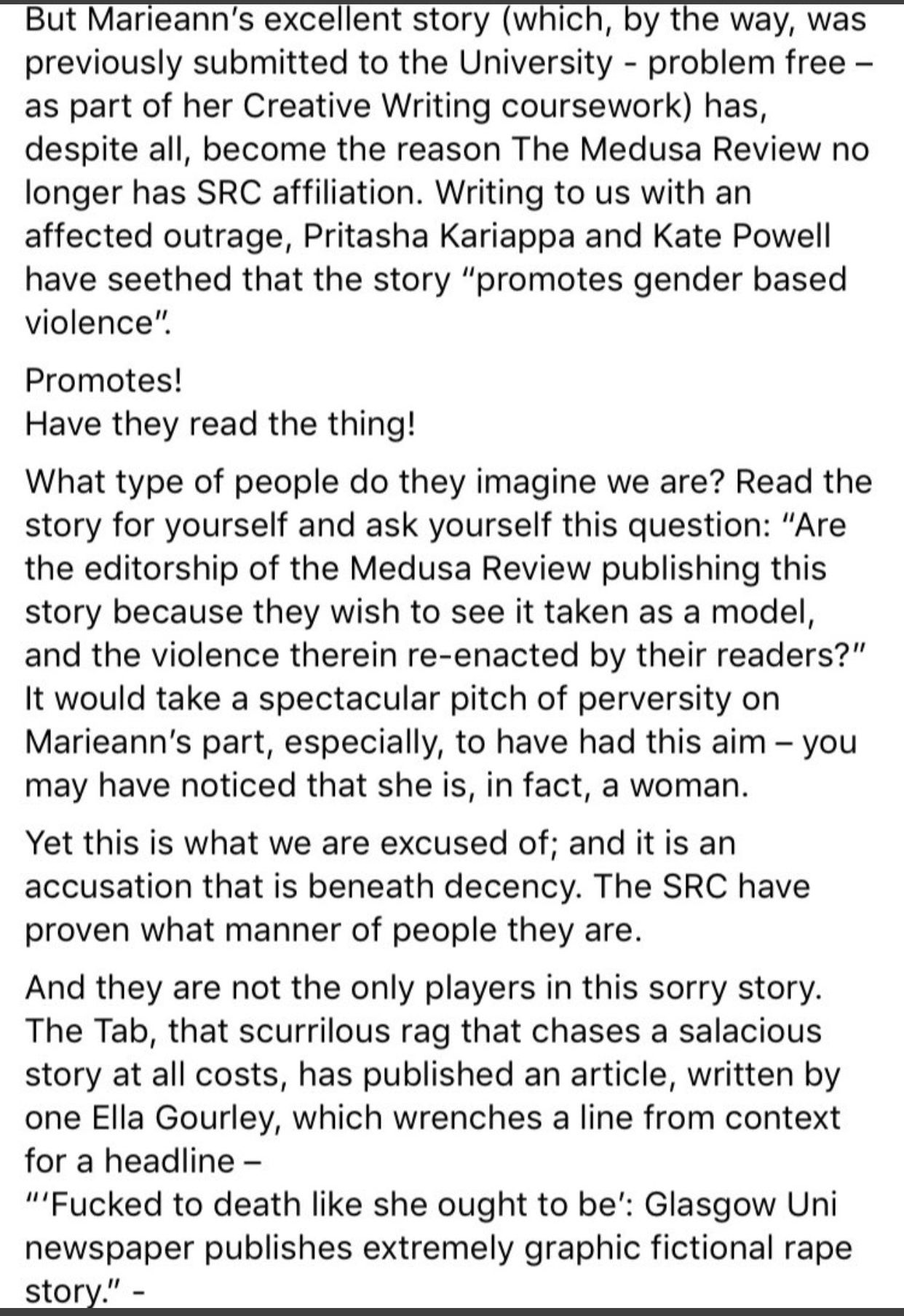