They were all randomly removed in September

First year students Sarah McCarthy and Maisie Taylor have launched a petition to bring back the sanitary bins that were removed from Murano student halls in September this year.

Students have described feeling angry and uncomfortable at the lack of sanitary bins, as they now need to walk from the bathroom to bedroom or communal kitchen bins to dispose of used sanitary products, or risk blocking toilets. 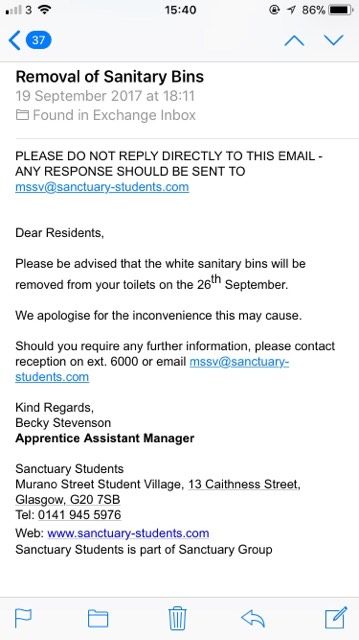 Students were all sent this email with no explanation

With small and large flats usually housing boys and girls together, this is simply unacceptable. Several students have come forward to protest this decision.

One past resident said: "We had a sanitary bin in both toilets last year, but every other flat I've spoken to this year has none!"

At a Murano party this week, Sarah and Maisie gained hundreds of signatures by handing their paper petition around the corridors.

The campaign has since been moved online and now has just under 600 signatures. 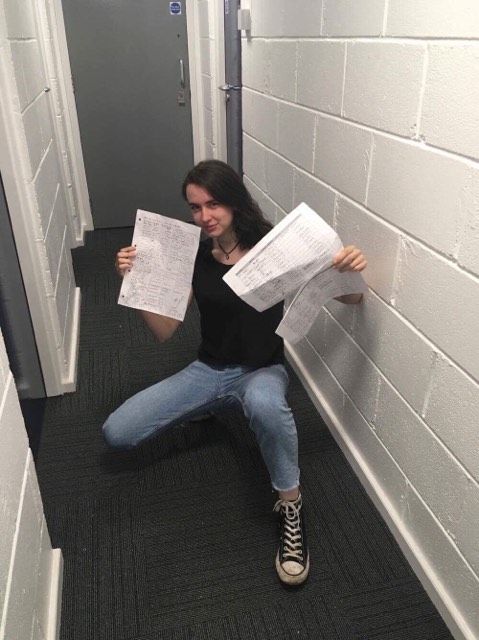 Sarah and Maisie told The Tab Glasgow: "A sanitary bin is a necessity in halls due to the number of people living together.

"Many people have been telling us they feel uncomfortable, especially those living in mixed flats.

"This is also an issue for guys as they are also needed for razors and condoms. It's unhygienic, they are prioritising profits over periods."

Considering the bins are standard, plastic issue they are not a big expense for the Sanctuary group company. With rent going up every year, the removal of this basic necessity is inexcusable. 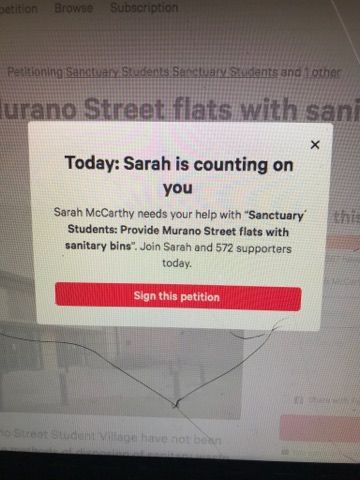