The guy that plays Jonny on Friday Night Dinner was there

Glasgow fresher Gabriel Nwosu – Hope set up a festival in his back garden, where over 200 people attended, including Friday Night Dinner star Tom Rosenthal!

‘G in the Park’ was hosted by Gabe and his pal Elliot Thompson who decided to set up a unique, house party-esque festival in Gabe’s back garden, with their very own handmade stage.

Following its 3 year success the festival has gone on to feature veterans Blind Buffalo, Circus Room Colts and loads more. Each year bands play during the day until midnight hits, the DJ’s arrive, and the festival takes a new turn. 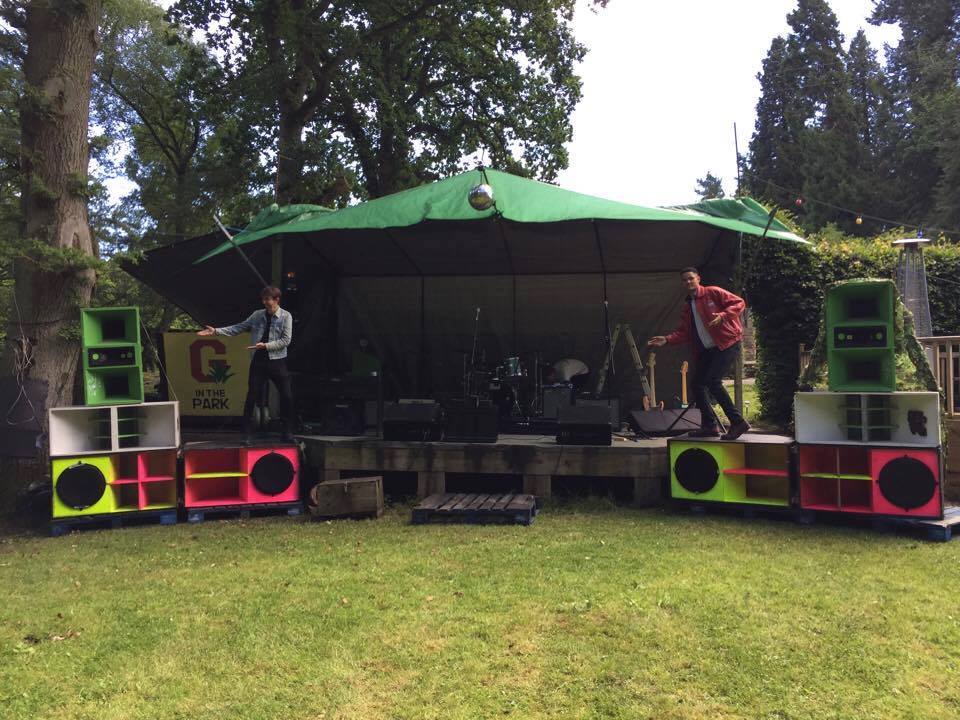 They even had a handmade stage!

With Elliot moving to BIMM Manchester and Gabe to the University of Glasgow, the boys began to extend their artist repertoire to include Glaswegian Hugh Kelly, DJ collective All U Need and Manchester’s Blissed.

This year the festival was attended by approximately 200 people, and around 50 who decided to camp out plus more who slept in their cars!

But to ensure the third year was even bigger and better, Tektonic Shifter Sound System was hired out, creating a massive contribution to festival sound, a huge difference between the events second and third year. 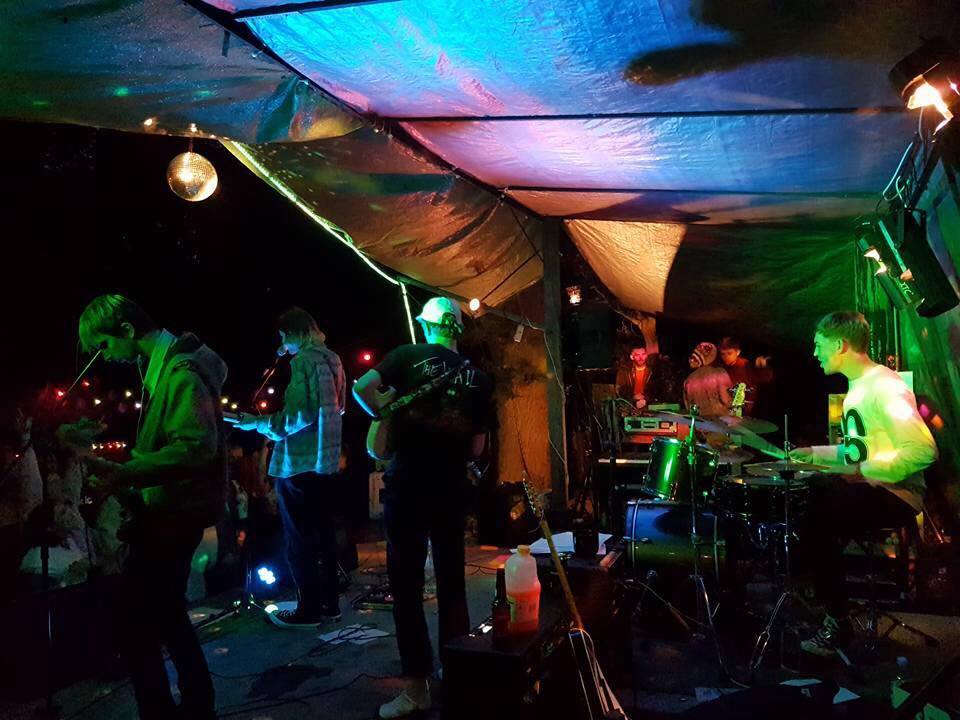 Who even needs TITP when you’ve got a back garden fest …?

The Tab Glasgow caught up with Gabe and Elliot to get the inside scoop on the fest.

So how did it all start?

Gabe: It all started in 2015 when Elliot came to me and asked if he could put together a small music event with me in my back garden. It was kinda experimental at first, worked out alright though and now look where we are!

What vibe were you going for?

Elliot: Basically, we just wanted a house party, but on a bigger scale. You come along, day drinking is a go, the bands are playing your sing along tunes, as the night goes on the lights and smoke machines come out, and the house party feel has a bit of a twist out on it.

Gabe: It becomes something more! By nightfall the DJs come on and the pool gets opened and we just keep on going. 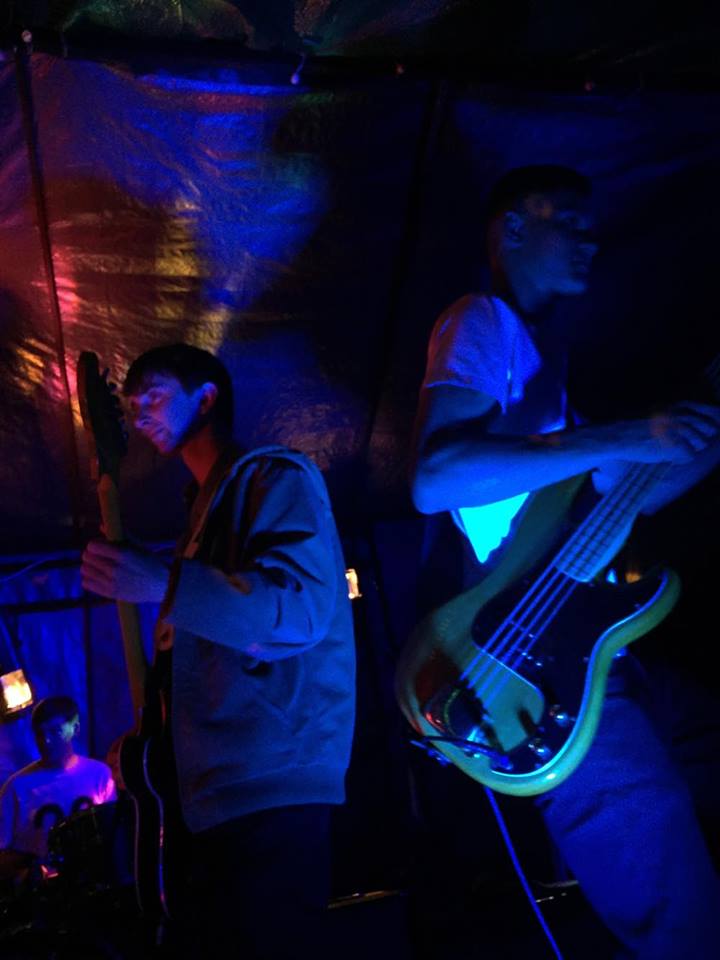 Anything new about the festival this year?

Gabe: Since Elliot and I have both moved away to uni, we felt the need to branch out. Firstly, the audience was far more diverse, but more importantly, the bands and DJs came from all different backgrounds. This year the festival featured a much larger variety, from the synth jazz of ‘Subwoofer’, ‘Hugh Kelly’s’ original semi-acoustic sounds, to the Oasis-esque ‘Blissed’ and somewhat psychedelic tones of ‘Circus Room Colts’.

Elliot: ‘Blissed’ were our Mancunian representatives while we had ‘Hugh Kelly’ and DJ collective ‘All U Need’ bringing the Glaswegian soul with them. Secondly, was the variety of music. Our first act of the day was ‘Subwoofer’, a duo, technically trio if you count Noah the keyboardist’s guide dog, playing some smooth synth jazz compositions

Where do you see G in the Park heading in the future?

Gabe: With both of us doing individual music events based projects in Glasgow and Manchester, we definitely plan on taking this further. Elliot has already established ‘Generation MCR’ and up in Glasgow, well, keep an eye out…

Elliot: But the dream of making our own festival is most certainly in the pipeline. It will be a few years down the lines, but the more G in the Park’s we put on, the more experience we’ll get. 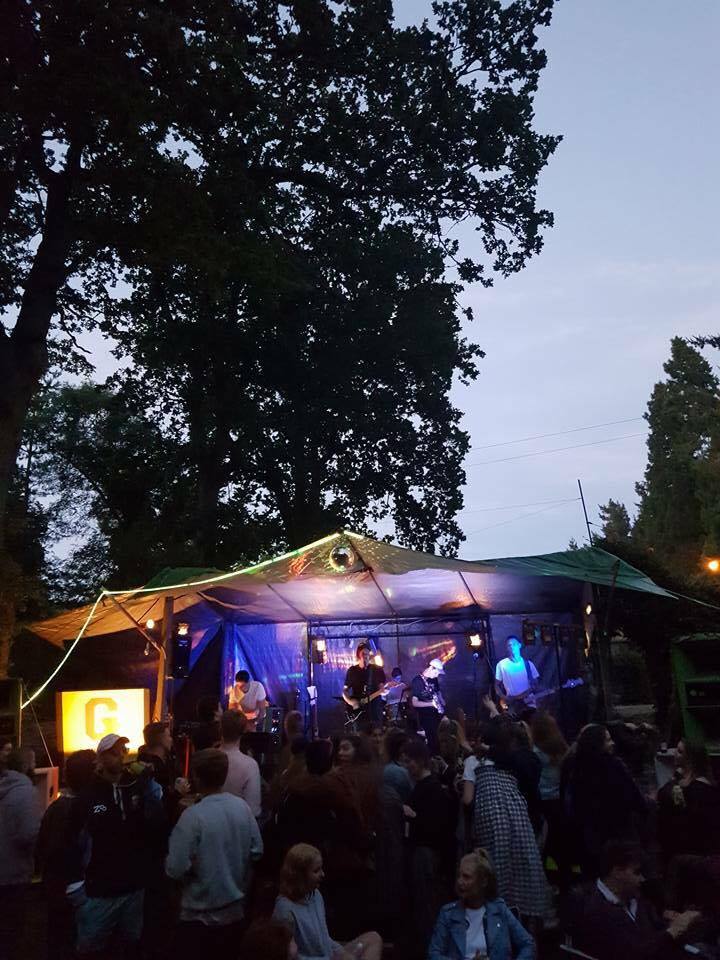 Over 200 people attended this year!

Gabe: One year won’t out-do the other though, to keep true to the house party feel of GITP, it’ll still be hanging about. So Mancunian, Geordies and Glaswegians alike, keep an eye out for any news, we’ll be back. As for G in the Park however, I see its future as operating in much the same way as it always has, a big massive party for everyone to enjoy, which reunites old school friends, helps make some new friendships, and showcases some great bands and DJs, all in the name of music.

A bit from the crowd:

Tom Rosenthal (Jonny from Friday Night Dinner): G in the Park is the defining experience for any music festival lover, with a variety of quality musicians to entertain through the night and a wide selection of hedges to be discretely spew into. With Gabe’s mum Ady serving up the finest oven chips and his Dad Nigel taking the stage to soak up Corbyn-style adoration, it really is a family affair – but look out for his brother Louis who spends far too much time in the caravan …