Meet the Glasgow first years who started their own clothing brand

Shania Twain once commented a love heart on their instagram

Whilst most students spend their first year eating, sleeping and boozing their way through uni these freshers were busy creating a clothing brand that you’ll all be wearing by next year.

Ally and Dave, first year Glasgow Uni students, started creating their brand “Taxman” after the realisation that they were too broke to be spending the ludicrous amounts of money most fashion lines charge for their clothing.

So how did it all start?

Dave: “Well Ally had some drawings that he had been working on and thought would look good on a t-shirt or jumper, so we started looking into the process of getting the designs embroidered onto a blank t-shirt”

Ally: “We then decided to set up an Instagram page for Taxman. It initially began as a shrine to Shania twain, because quite frankly we think everything should be a shrine to that woman” 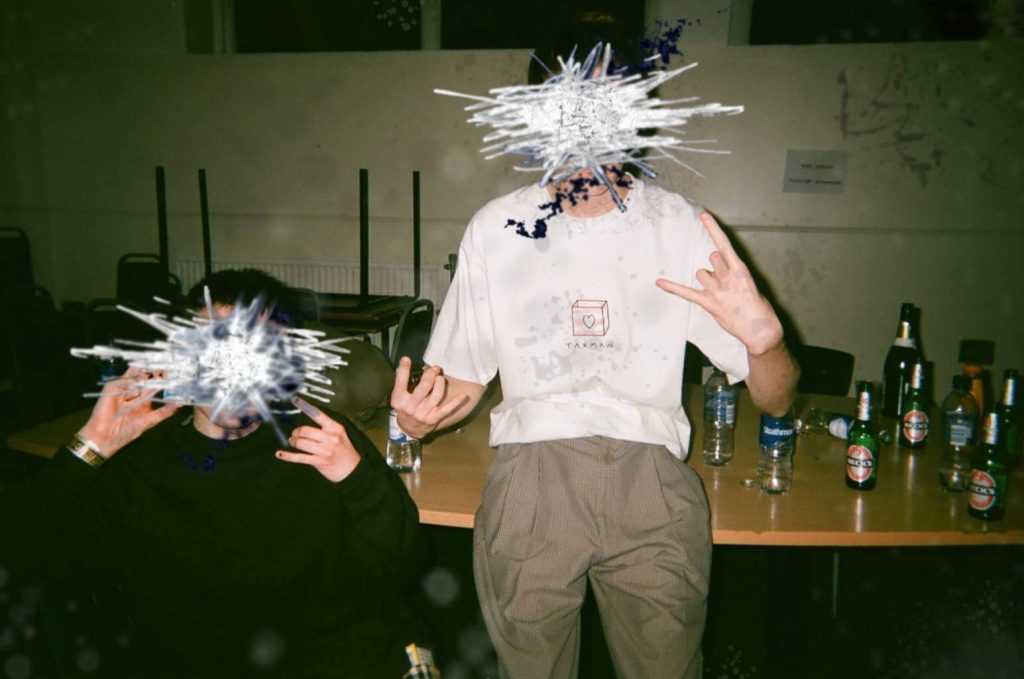 Dave: “We once met a guy on a night out actually who recognised our brand and was certain there were 3 people that were involved in making the t-shirts because the only other person we were following was Shania”

Ally: “We chose Valentine’s day to launch the t-shirts just cause the first designs featured a love heart in a box and it kind of made sense”

Dave: “Originally we only had one design on a t-shirt which sold within an hour after we launched Taxman”

she's still the one x

Dave:  “Shania posted a love heart on my insta of the shrine we have to her, sadly I never got a follow back”

Were you surprised that the clothing sold so well?

Dave: “I guess we just thought people felt sorry for us”

Ally: “Yeah, we didn’t think people would actually like the designs” 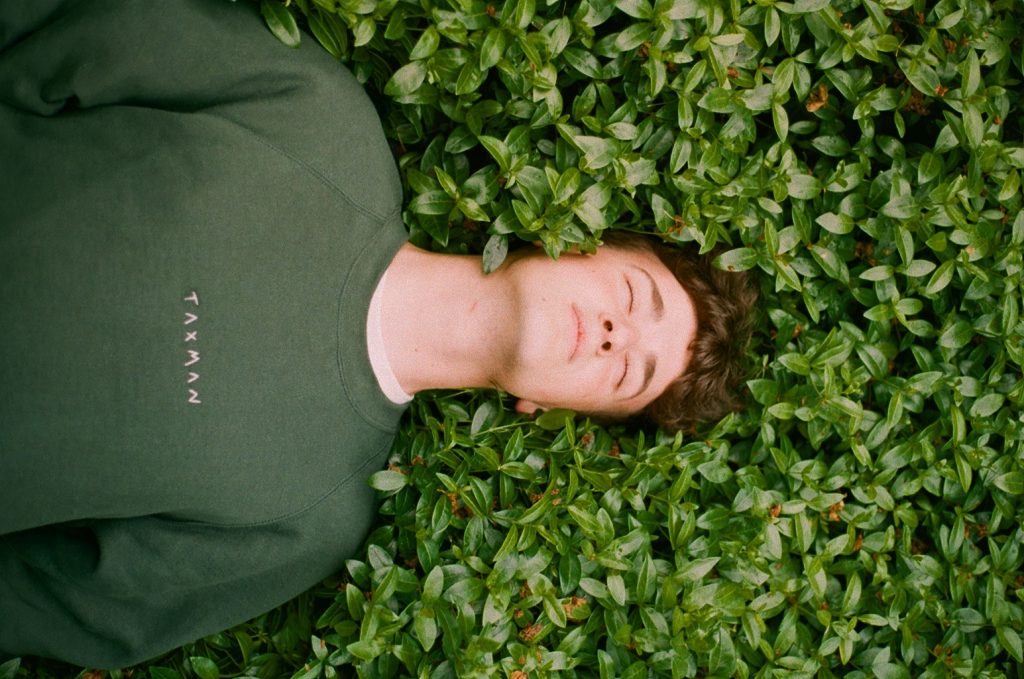 How did word spread about ‘Taxman’?

Ally: “It spread quite naturally really. People knew one another, and that meant that the brand was talked about a bit”

Dave: “Instagram and word of mouth have been key in us reaching out to more and more people – as a result we’ve managed to expand the brand outside of just Glasgow, and had customers from as far as London, Manchester and Belfast”

How long does it take you to actually make the clothing?

Dave: “Initially it took us ages. The thing is 70% of what goes into making the t-shirts is our own work so it depends how quickly we can get things done”

Ally: “Some nights I’d just be sat in my room sewing on our own parts. One time I sat through a whole night just stitching” 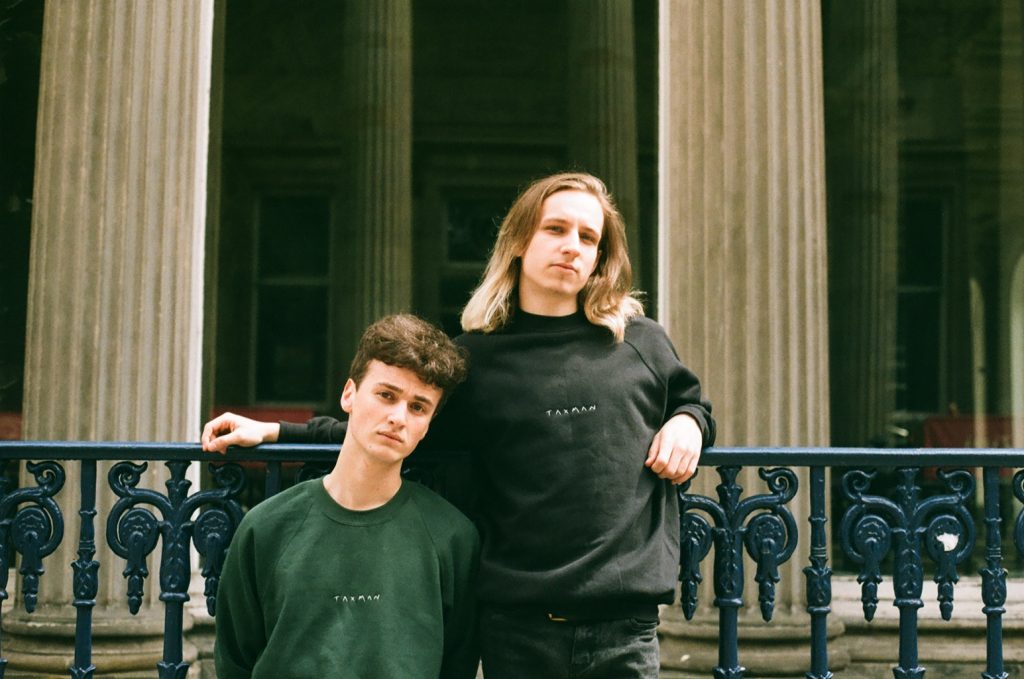 How much do you charge for your clothing?

Ally: “We actually don’t make any money from the clothing itself it literally all gets reinvested back into the brand”

What’s the next step?

Dave: “We’re planning on launching our new design ‘Pharmacy’. It’s the next big thing and although it’s still part of the Taxman collection it’s kind of taking a new direction”

Ally: “It doesn’t particularly link but I think in my head I have an image of the brand that we’re slowly working toward”

Ally: “I definitely wouldn’t say that the designs make sense though”

Dave: “We aren’t building up to anything mental though, don’t get your hopes up”

Dave: “Well we always post the orders ourselves and the post office we use. They definitely hate us there”

Ally: “We always come in with loads of parcels to get posted. And this one time when I was stood in the queue this guy fully tried to spit on me, no idea why” 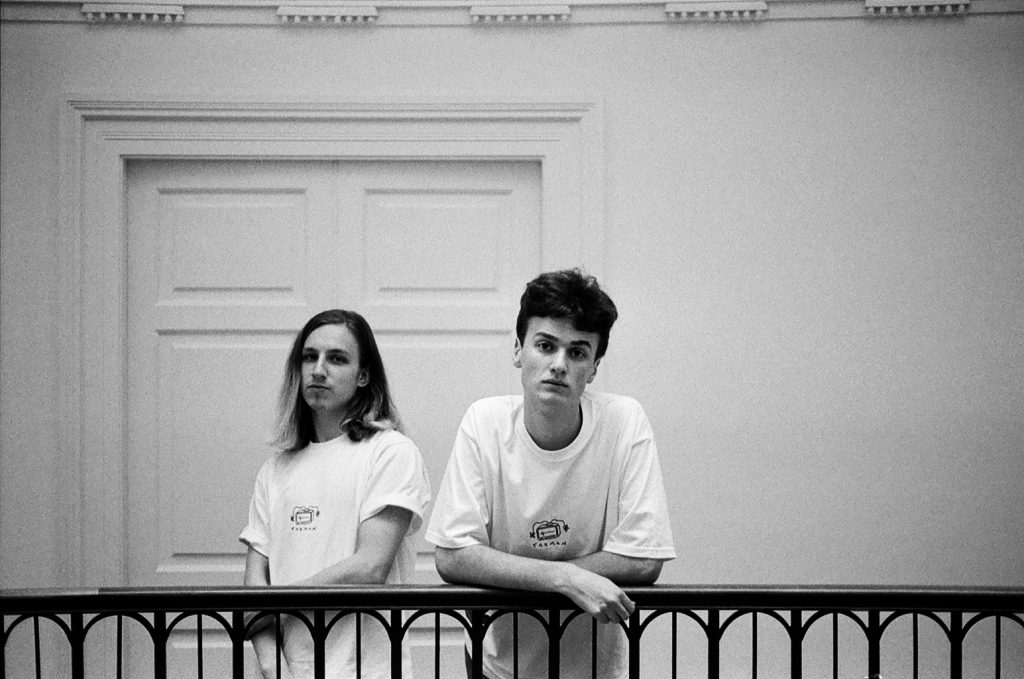 Your Instagram is pretty cool; do you do that all yourself?

Dave: “Actually our pal Ben Sammut takes photo’s for us which we use on our Instagram and webpage”

Ally: “Yeah and then James Potter, Ben Cave and Aniela Henry have all modelled the clothing”

Dave: “And then of course there’s the whole Shania twain thing …” 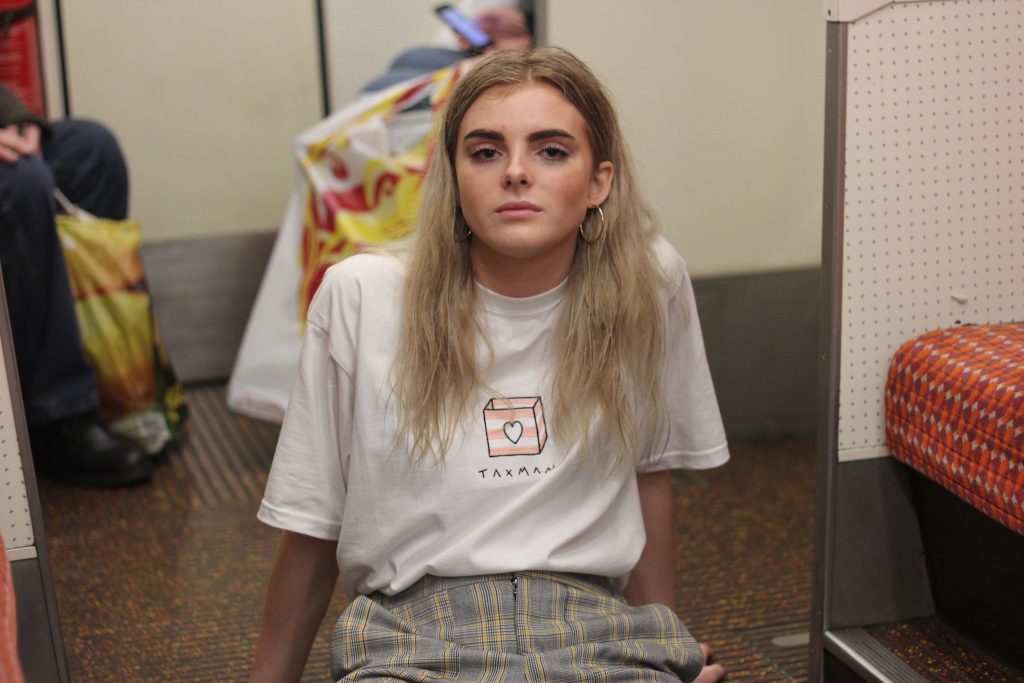 So any future plans in the making?

Ally: “It’s early days but we’re looking into getting a pop up shop maybe”

Dave: “We’re holding fire till next year but also thinking about a club night and DJ set”

For more info and the full range of Taxman clothing check out their website and Instagram here.