It’s to prompt discussion about pornography

It was set up in October 2014 by Dylan Meade, and the society’s main aim is to prompt discussion on what can be classed as pornography in our society. Their discussions centre on “looking at it, talking about it, using it and making it.”

The Tab Glasgow met Dylan at the Centre for Contemporary Arts to discuss the ideas and concerns behind such a unique society.

What inspired you to start the society?

“There are no classes or academic structures that will engage with it. It exists in the world and yet, there’s no way of entering it other than going and doing it yourself. But there are plenty of courses for designing teapots.” 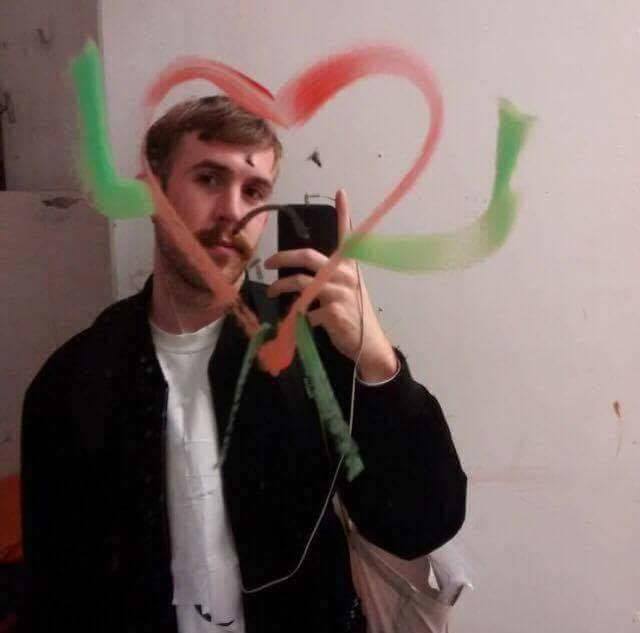 What does an average meeting at the society consist of?

“There isn’t one which is kind of funny.

“There are rules that seem misogynistic and very anti-fetish. They seem to condemn those things which are deemed peculiar.”

What sort of events do you organise?

“We had “Sticky Honey” last year which was an event we held at the Wave Particle Laurieston Arches. We took film submissions and set up cinema seating and a big screen and projected some of the films.”

A piece from the current exhibition at CCA on pornography.

Has interest increased since the society was first set up?

“I think with the society being established for a while people are getting the idea of what we do and they are excited by it.

Those entering the university this year seem interested by it. So it’s going well.”

Do you generally attract students or do members of the public come along?

“Most are from the Art School but it’s open to anyone. Usually those who are in the community who help to run events come along. We’ve also had photographers that work around the city join us too, as well as friends of friends etc.

Was it difficult to get GSA to consent to the society being set up?

“It’s difficult to get the school to engage with us but GSA student association are great and were very supportive. They are very helpful with getting things together and guiding you through how and why.”

“Sex education shouldn’t just be about not getting STDs it should be more about sexuality being part of the human experience. Just like healthy eating, have a healthy sex life. That doesn’t mean have sex, it means having good relationships.

“I do think it is important to spread sex positive thinking and is something that it is lacking.”

Why should people join your society?

“They should join it if they are curious or passionate about it. If it’s something that interests you or something you want to learn more about. It is not a commitment, if you want to come along and check it out then do so.

“If you’re curious about it and are open minded in some way then why not learn more?”