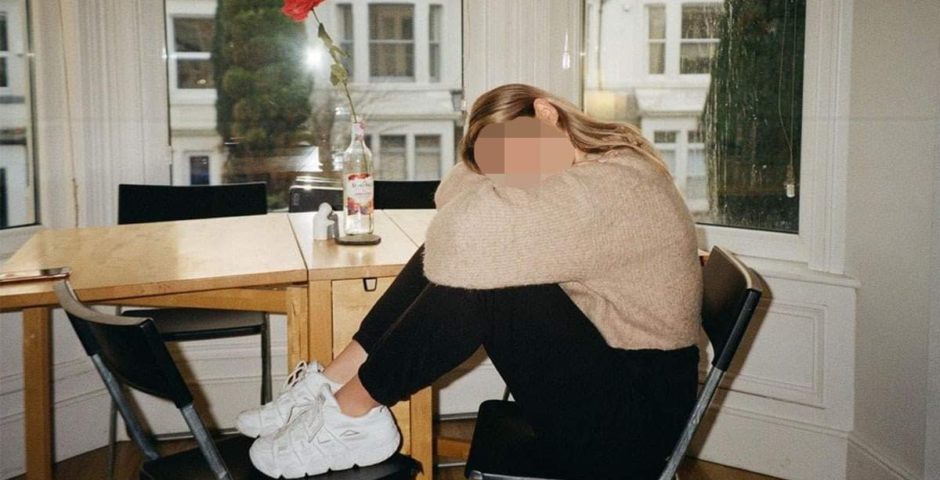 Yesterday, The Tab revealed Exeter is one of the only universities in the UK to reduce its mental health support staff in the last year.

Since this news, Exeter students have spoken to The Tab Exeter about their experiences with the university’s wellbeing services, which they have called “overstretched” and “oversubscribed”.

The Exeter Tab spoke to several students who praised the university’s wellbeing services, with one student telling us the services, “saved my life” whilst other students commended the wellbeing staff for their efforts to help them through difficult times.

However, a worrying number of students said they have been turned away from counselling sessions altogether, being told the university “can’t help you”, or that they have had to wait “months” for an appointment.

Many of these experiences have happened this academic year – a year when many would argue mental health support is needed the most in the midst of the global pandemic.

Here’s what those Exeter students had to say:

Alex* discussed his suicide attempt with us, and how the wellbeing services would contact him via phone calls, which he specifically asked for them not to do following his discharge from hospital, “I did mention to the doctors that it was very unlikely I’d be awake in the mornings and I’d prefer to be contacted by email as calls were too physically draining.”

Alex continued by saying: “After I was discharged from hospital the wellbeing services were supposed to get in contact with me within a week. Despite what I had said, they continued to try and contact me only by calls at 9am which I was not awake for. I emailed them to tell them this but they continued to try and call me. About a month later after emailing back and forth they finally gave me an appointment.”

Alex said his condition has only been decreasing since and he has “still only been seen by the mental health team once and given unhelpful ‘self help’ resources. They’re lucky that I stuck around for the month that they didn’t help.

“It’s only now that I’m finally getting an appointment with the medical centre and it’s been almost two months.” 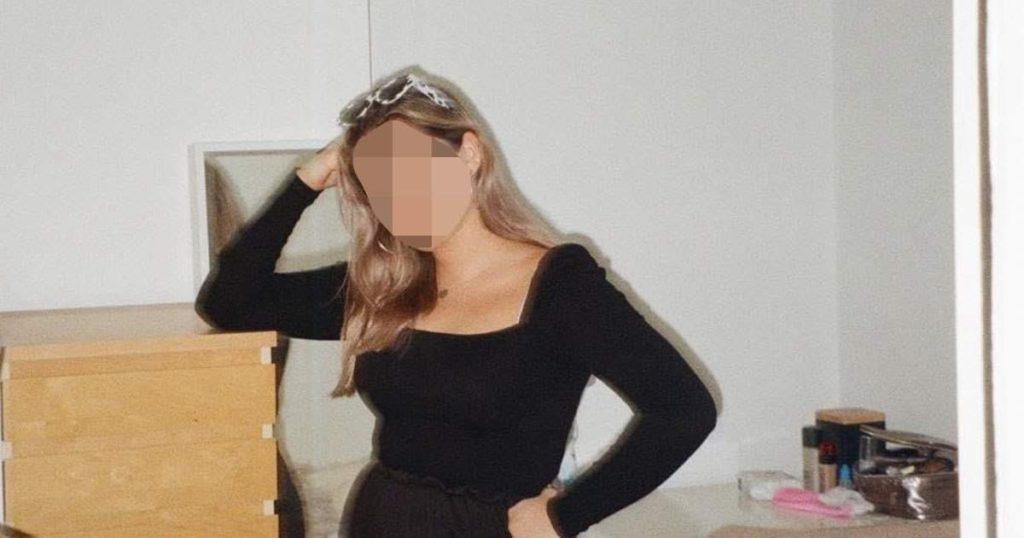 Sarah* discussed her experience with the wellbeing services following her sexual assault on campus: “I was diagnosed with PTSD at the start of second year after I was spiked and sexually assaulted on campus in first year.”

She says that she contacted wellbeing in the first term and they were “really good,” and moved some assessments for her, but “then they just completely disappeared for the rest of second year. I would email and get nothing back, and I didn’t get any counselling as they said it was a more specialist issue. I was referred to local counselling providers but the waiting list was full. I did have a HWSS (health and wellbeing study support meetings) meeting in first term but nothing happened. Nobody ever checked if I was attending, and I genuinely received zero support.”

Sarah told The Exeter Tab that they offered her some counselling but then “Christmas came around and they said they had to drop me but that I could re-refer back to counselling after Christmas.” When the time came for her to re-refer after the holidays, she says “they refused to take me back.”

She said: “I found the support really patronising, and the counselling was really pushy. There wasn’t really a quiet room where I could gather myself so I would just go to the broken disabled bathroom in the wellbeing building to calm down and dry my eyes before lectures.

“This year, I emailed early asking for counselling support and they just told me they were oversubscribed and couldn’t offer me anything. They didn’t offer me any alternatives.

“There were so many failing on the university’s side of things.”

‘In June I lost my sister. I asked for them to reschedule my session and never heard anything back from them’

Jake* told The Exeter Tab: “In June I lost my sister. The wellbeing team got me some grief counselling.”

He said he missed his first session but missed his second by mistake, and so “I asked for them to reschedule my session and never heard anything back from them.”

‘They told me: “We can’t help you, you should probably look elsewhere”‘

Speaking to The Exeter Tab, Tom* said he went to wellbeing for help with anxiety and grief counselling at the beginning of the academic year, and that when he first emailed they called back within 48 hours to book an appointment that was the following week.

Tom said, in the appointment the woman he spoke to said: “We can’t help you, you should probably look elsewhere. There are plenty of qualified therapists and webpages out there.” He said the “only ones she put me in contact with were expensive and unaffordable for a student.”

Tom says he was told that what he needed help for would take too much time to sort out, and that “they couldn’t afford to give me enough sessions to help me.” 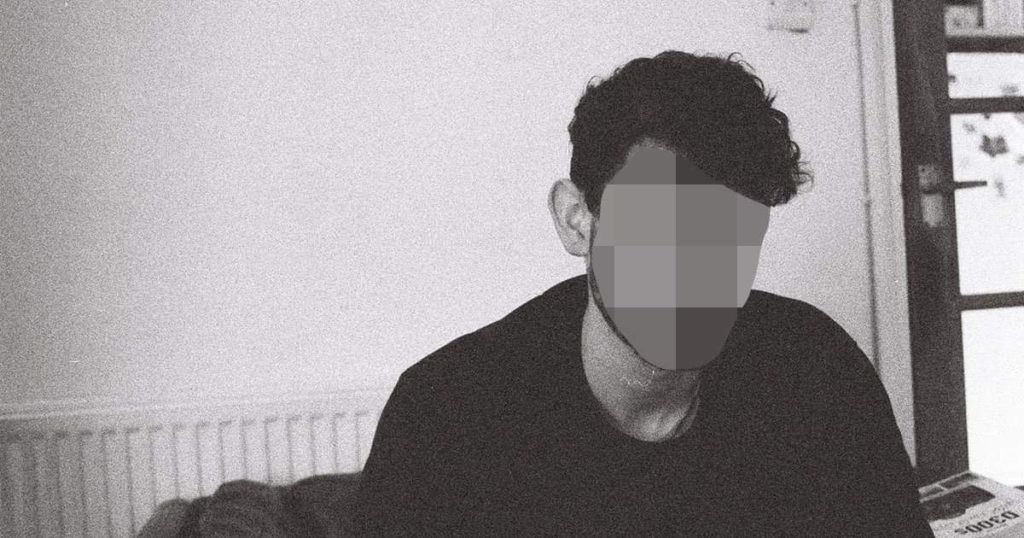 ‘They said they could only offer emergency same day appointments, and advised me to go private’

Emily* told us of her struggle to get in contact with wellbeing. She contacted the Exeter wellbeing services on the 27th of September “explaining that I was struggling and would like some support as I had struggled mentally in the past and could feel myself slipping.” They arranged a wellbeing consultation which happened a few days later. On this call, Emily explained her problems and was advised that she would be referred for a counselling appointment, which was confirmed via email on the same day.

She told us: “Weeks went by and I never heard back from them regarding when this would be. During this time my house had to isolate for two weeks which triggered quite a big mental breakdown which was difficult to deal with. It got to early November and I decided to contact them again. I’d waited so long because even though I was struggling, I understood the services were probably really stretched.”

A few days later, wellbeing scheduled a phone appointment for Emily the following week, which was an hour long. Emily told us that at the end of the call, wellbeing explained that this would be a “one off appointment as I had ‘come in late’. I found this reasoning a bit confusing considering I had contacted them at the start of term. They said they could only offer emergency same day appointments, and advised me to go private.”

Emily told us she “decided to seek private help that at this stage I very much needed, however, not everyone is fortunate enough to be able to receive that kind of support.

“I sympathised with the fact that the uni wellbeing services were stretched. However, hearing about how we are the only uni to decrease the number of wellbeing staff has made me think that maybe the issue lies with the uni not focusing enough resources on this very important area.

“Maybe the reason why it took so long for me to get help until I ended up having to go private to get adequate support is to do with the decrease in staff.”

Grace* went to wellbeing as she said she “was super unhappy and my ex-boyfriend made me go as he was worried.” Grace told wellbeing how she wasn’t leaving her room, and wasn’t eating.

Grace said the wellbeing team “literally told me it was because Exeter didn’t seem like the uni for me and that I should try running to the Quay. They said that Exeter clearly hadn’t lived up to my expectations of what uni should be.”

Grace tells us she had discussed some things with the wellbeing team which “should have been cause for concern” and that she felt she “did need support, which they didn’t take seriously”. She said: “It was such a bad experience with them.”

Felix* told The Exeter Tab that he had “phoned the wellbeing centre for anxiety and depression help, and they offered nothing, just told me to phone my GP to ‘alert’ them.”

He said his GP seemed very confused by this, and that wellbeing phoned him back because “they forgot to ask me what mental health issue I was struggling with so they could put in on their forms.”

Felix said “they basically told me they couldn’t tell me to go private, but that I should, so I would not recommend them.”

A spokesperson for Exeter University said: “We never turn away anyone who needs mental health or wellbeing services. There can be high demand and sometimes we will direct students to a more appropriate service for example the NHS or specialist organisation.

“If a student has any concerns about the service they have received they can always contact Mark Sawyer, the Head of Wellbeing and Welfare: [email protected]

“The staffing levels based on ‘full-time equivalent’ (fte) was the same for both years and we have recently recruited an additional 3 mentors and currently advertising for a further 3 posts. Additionally, in the wider Welllbeing service there are now 64 staff or 49.28fte this year compared to 52 staff or 40.81fte last year.” 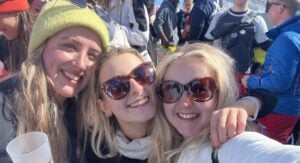 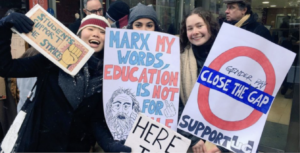