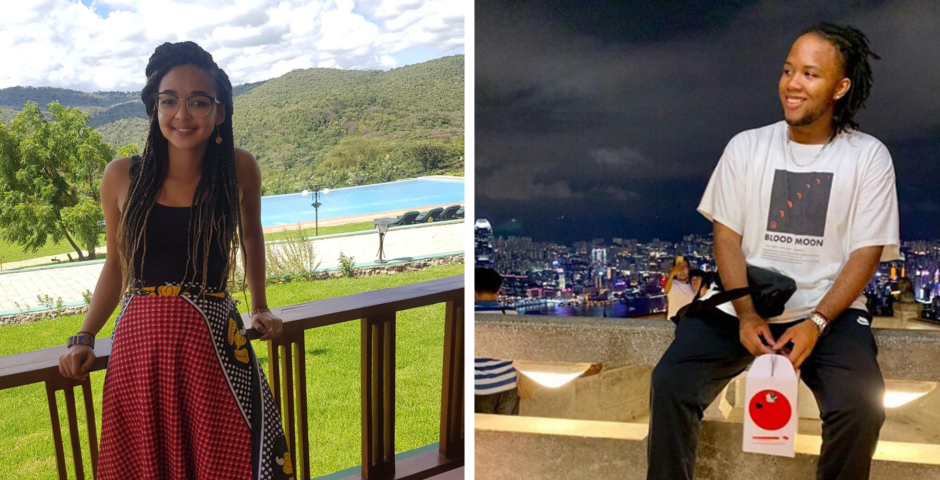 As a community, we must do better

CW: This article contains the discussion of racism, including racist language.

Racism has been a massive problem at Exeter. You only need to look at the stories coming out of our Uni, such as the ExeHonestly scandal, or the Exeter student who received horrendous and disgusting threats in racially fuelled attacks against her to see that this problem hasn’t gone away.

When an Asian student was attacked in relation to Covid-19 after a night out in Exeter back in March, the university signed an open letter in an attempt to tackle racism within the community, stating that they would, “work closer together to build an inclusive and welcoming community for everyone so that we promote and celebrate diversity and ensure that love and respect always conquers hate.”

We totally condemn incidents of racism and hate crime. We support and stand with each other and celebrate our diversity beyond the boundaries of our campuses and this is more important now than ever. @ExeterGuild @TheSUFalExe #BlackLivesMatter https://t.co/Pb91E1vP0z

The University is looking to become more inclusive and anti-racist, they are offering a free course on the controversies of Empire and have produced an action plan on how they can do better. They say that not enough has been done to prevent “abhorrent abuse” in recent years, and that they aim to work with students to tackle abuse wherever they encounter it in the future.

Why are protestors calling for the removal of a Cecil Rhodes statue? Explore the controversies of the British Empire and join the debate with historians and other learners from around the world on the @UniofExeter’s online course: https://t.co/Cxxz4O8B7o #CecilRhodes

The Exeter Tab spoke to non-white students and this is what they said.

If you’re not white, you shouldn’t be in Exeter

A couple of months ago, a drunk person in a club came up to me and said “if you’re not white, you shouldn’t be in Exeter.”

Racist Law group chat put me off coming to Exeter

Thank God nothing ever happened to me when I was there, but before coming with the whole Law group racism scandal I almost didn’t come to this uni because I was literally scared for my safety and didn’t feel comfortable. Imagine, I almost put my whole education on hold because I thought I was going to get racially abused because some white people in a Law group chat thought it would be funny to be racist. 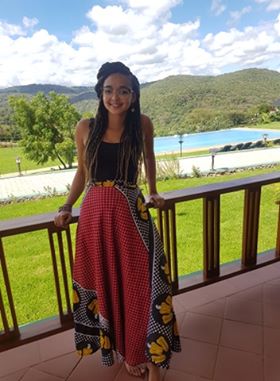 I am creator of stories – both fiction and non-fiction and my work is centred on identity, place, race and wellbeing. I have spent the past five years battling through the Higher Education system as an African immigrant, woman of colour, with a mental health disability. As you can imagine, my time at university has been far from straight forward. Terra Nullius [a poem exploring how African history is often demeaned and misunderstood which can be read here] was written after my first explicitly racist experience which happened outside The Old Firehouse in Exeter as I was waiting for the rest of my friends before we walked home. A car full of young people drove past and yelled out of their window at me to get out of their country. I looked around me, shocked, wondering who they had directed their message to, and realised that I was the only person of colour standing on the street.

I’ve been surrounded by the most ignorant ‘gap yaah’ students. To the extent where I have been in classrooms where students explicitly stated that there were advantages to colonialism- because missionaries spread education and improved healthcare. That’s completely dismissing the introduction of parasites and diseases that were used as forms of biological warfare by colonisers. And dismissing the reality that colonisation was a holocaust with more people being murdered by the Belgians in the Congo than Hitler murdered Jews in concentration camps. And lets not forget that the invention of concentration camps was a British innovation during the Boer War, Hitler really did learn from the best.

Terra Nullius 'no man's land' was a law that was used to justify the colonisation of Africa by claiming that any 'unsovereign' land (which all of Africa was considered) could be 'consolidated' as part of the empire. Full poem on claretoearth.com. link in bio #blacklivesmatter #Africa #colonisation #poetry #poet #creativity

Yet still there has been no apology offered by the British for their atrocities on the Continent. Yet students in secondary schools still get taught the ‘advantages’ of colonisation. Yet the British continue to glorify the idea of empire.

In a country and society with a blatant disregard for the rights of  black and brown peoples, it is difficult for me to offer a solution to this prejudice. Furthermore, to address these issues would require a dismantling of the westernised version of history that is taught all over the world in an attempt to dehumanise and diminish black excellence.

So I leave you with this: Let’s not forget that this world was built on the backs of blacks. And not because our history is slavery. No, our history begun before the western man ‘discovered’ the Continent. It was the African Moors who taught Europeans sanitation- teaching them not to sleep where they shit, taught them maths, science, music, dance and essentially ended the ‘dark ages’ in Europe. Don’t believe me, just read about it. Learn your history- your real history and emancipate yourself from mental slavery. 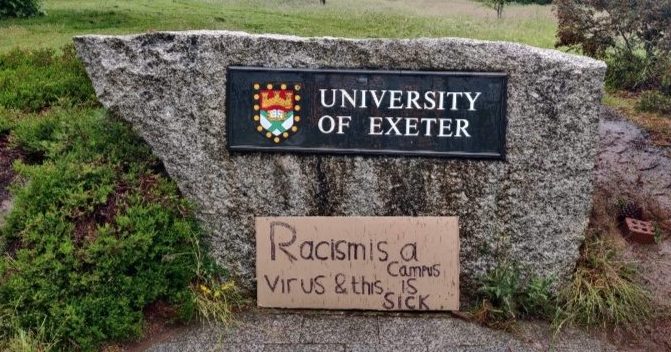 Where are you really from?

I don’t know whether you have had this before and I’m fully aware it is nothing in comparison to other issues going on in the world. When I was at uni in Exe, I was often asked “where are you from” (completely normal). When I would respond with London, I would get asked “where are you really from?”

It is a very small thing, but I was born in the city, to be made to feel like a foreigner by someone based on nothing but the colour of my skin isn’t nice and I feel like this is a question still too often asked.

Watch out for the Darkie

I was walking home after a night out, two girls behind me were told to, “watch out for the Darkie, you can’t trust those ones”, by a man behind us. 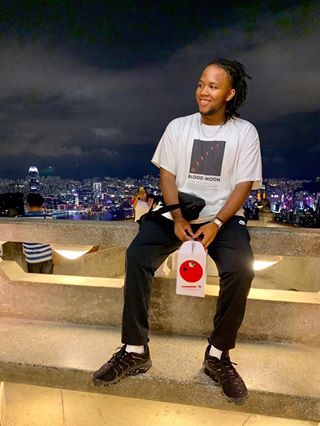 You’re cool for a brown person

Being told I’m “cool for a brown person” at a social I went to put me off joining the society completely.

These examples given by non-white students at Exeter of racism against them, no matter how big or small, give cause for a need to change in our community.

What you can do

In 2006, the amazing @FloellaBenjamin became the first African Caribbean Chancellor of a UK university at Exeter. We think this statue on our campus is one of only a few in the country to an Afro-Caribbean woman.

An open letter addressed to the University management, guild and Vice-Chancellor Steve Smith has been written demanding wholesale change in the culture of our uni, aiming for a more inclusive and diverse environment. This is what Neha Shaji, one of the organisers of the letter from the Unlearn Collective, had to say:

“We were inspired by the antiracist push around the country, as well as by previous efforts of students and staff here at Exeter to look at our problems and implement solutions.

“As a collective, we have drawn up an open letter that suggests ways of decolonising the University space, as well as advocating for antiracist policies and calling for transparency within administrative procedures regarding racism on campus.

“Our University has been known for several high profile incidents of racism, implying the many others that may have slipped under the radar.

“The drive for change is evident in the number of signatories our letter currently holds, over one thousand as it stands.

“The aim here is to not just learn antiracism but to unlearn racist practices and self-criticise: essentially, to look inward before we speak of our global outlook.

“We hope to work with the University and Students’ Guild in this regard and our letter is primarily addressed to them. However, it is paramount to remember that it is also addressed to the student body as a collective, who also need to unlearn and learn.”

In a response to the letter, Vice-Chancellor Smith said “I hope it goes without saying that this is a time for us to confront racism, to call it out in our communities and to stand up for what is right”, and that he is “acutely aware though that it is not just our words but our actions that matter and we must be visibly and actively anti-racist: not merely non-racist, but actively anti-racist.”

The University’s full response can be found here.

There are societies at Exeter which seek to provide a space for non-white students, such as the ‘Exeter African-Caribbean Society’ who aim, “to bring students from diverse backgrounds together to celebrate and promote African and Caribbean culture in all of its forms.”

“We want Queer and/or BIPOC students to feel that they have a place at Exeter and that they are listened to and represented.

“Once this has taken shape, we see this as a place where anyone can come in order to experience the diversity of culture that emanates from the Queer and BIPOC communities – and we hope that people will feel empowered to educate themselves on issues of race and sexuality.”

• Open letter on inclusivity at Exeter