Students at the University of Exeter have written an open letter to landlords and letting agencies requesting rent reductions in light of the COVID-19 outbreak.

This comes after a recent rent strike in Bristol, in which 130 students demanded to be let out of their tenancies. A group of Exeter students are proposing a similar course of action, due to the implications of COVID-19, which has forced many of them to return home and leave their houses empty.

‘Exeter Students for Rent Reduction’s’ Facebook group, which currently has just under 1000 members, has been set up with the purpose of drafting an open letter to various student letting agencies and landlords in Exeter to create, “a dialogue between landlords, agencies, and students, where we can compromise on the difficult issue of rent payments.”

Third year student, Tristan Thomas, who created the group, told The Exeter Tab: “I’d like to make it clear that we’re not (yet) proposing rent strikes and that I’m absolutely not in favour of this unless it’s a last resort.” 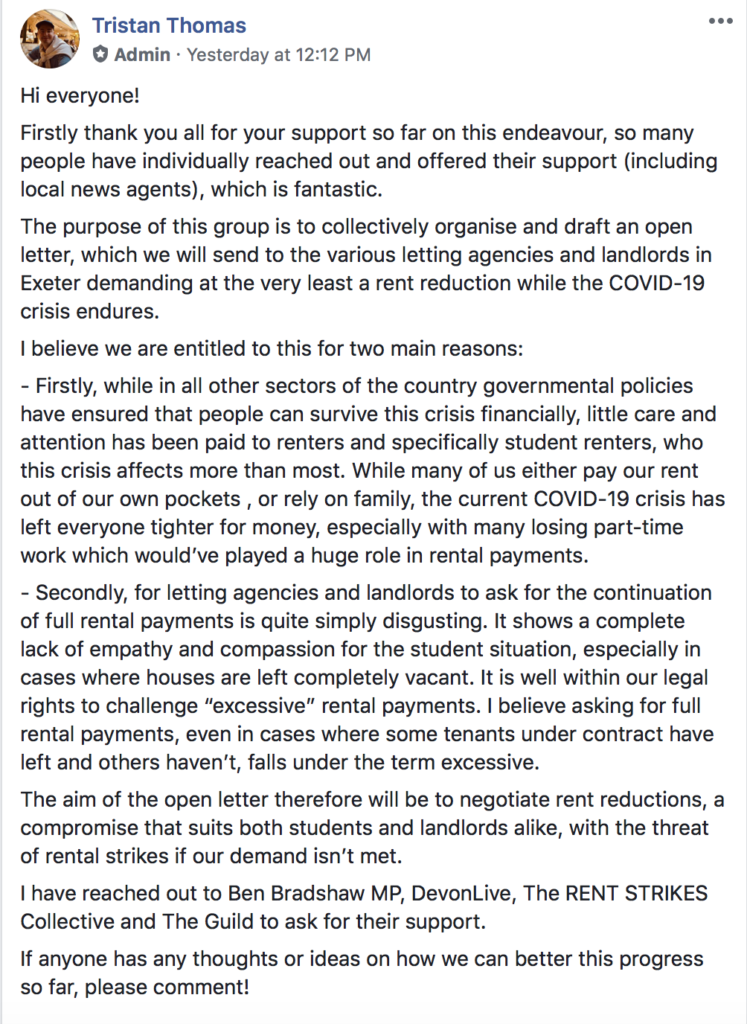 He added: “Rent strikes are not our first ‘call of action’ so to speak, and that we want to compromise with landlords on fair rent prices in what are difficult financial situations.”

The aim of the letter is to come to a compromise that suits both students and their landlords, however the group have stated that they plan “the threat of rental strikes if our demand isn’t met.”

The open letter sets out two main reasons as to why the rent negotiations should go ahead: 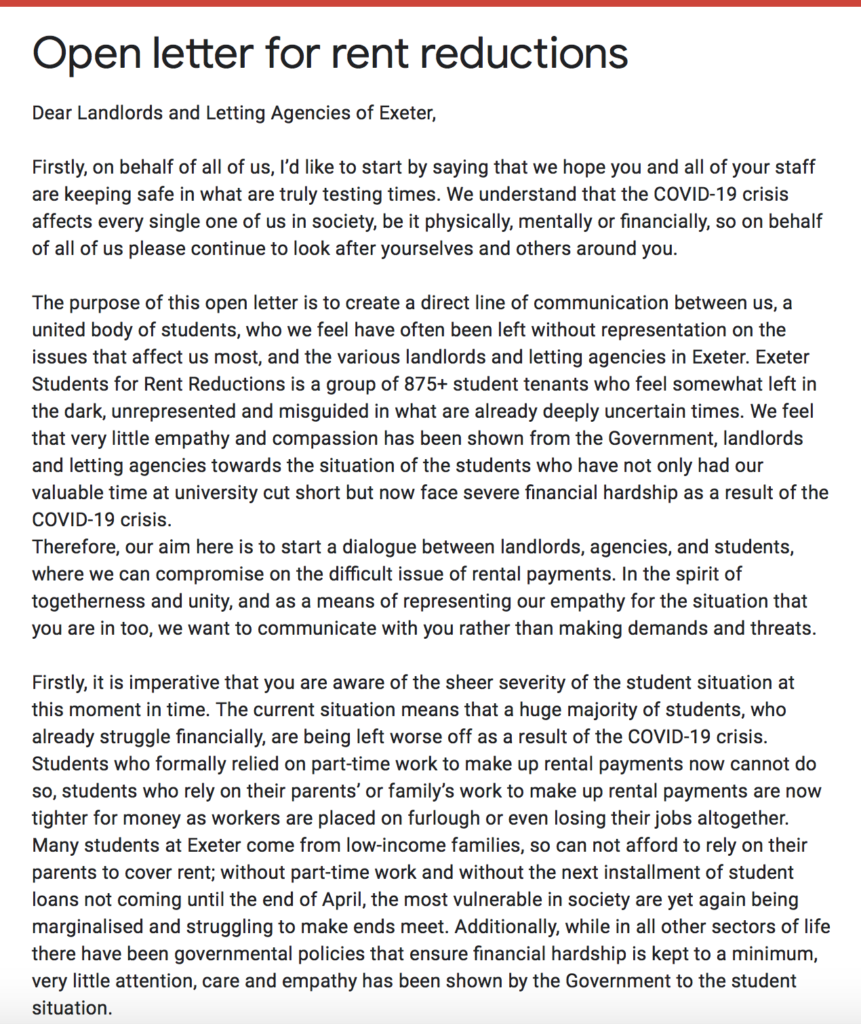 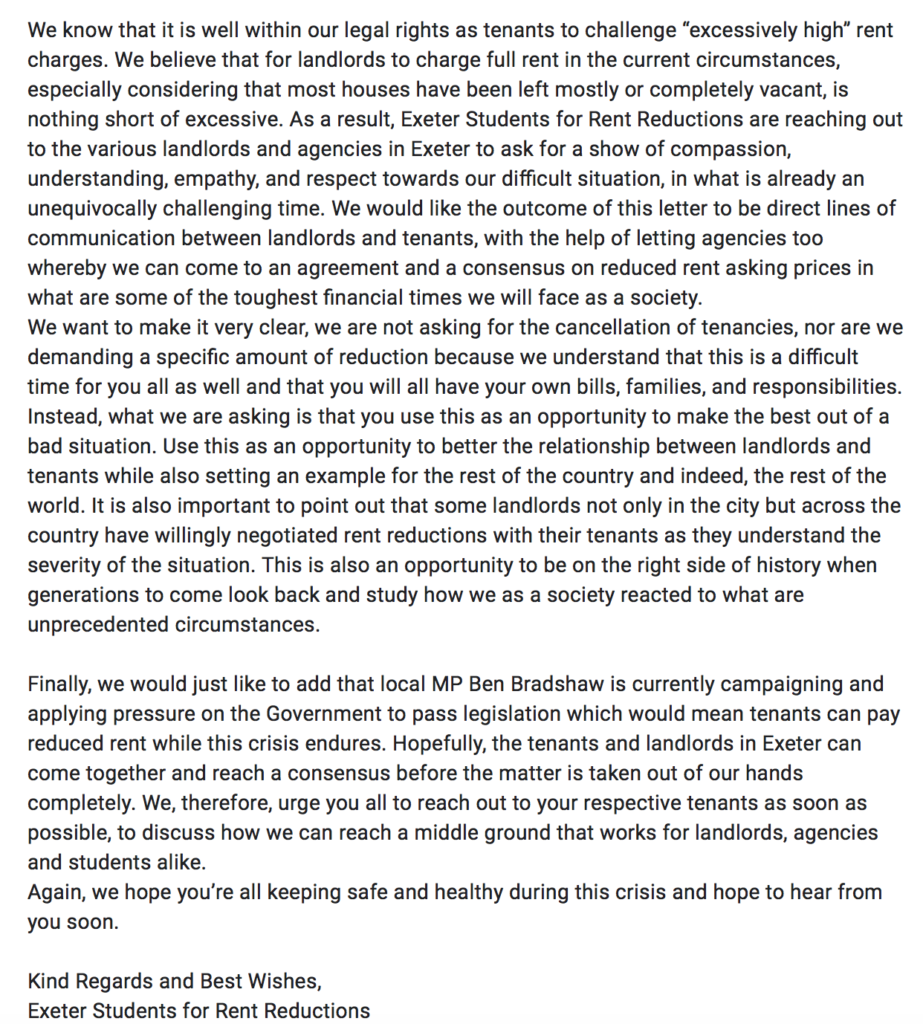 Many students have written to Exeter’s Labour MP Ben Bradshaw, to which he has responded in support of student concerns.

In one response, Bradshaw stated, “please be assured that my Labour colleagues and I will continue to press the Government on this.” 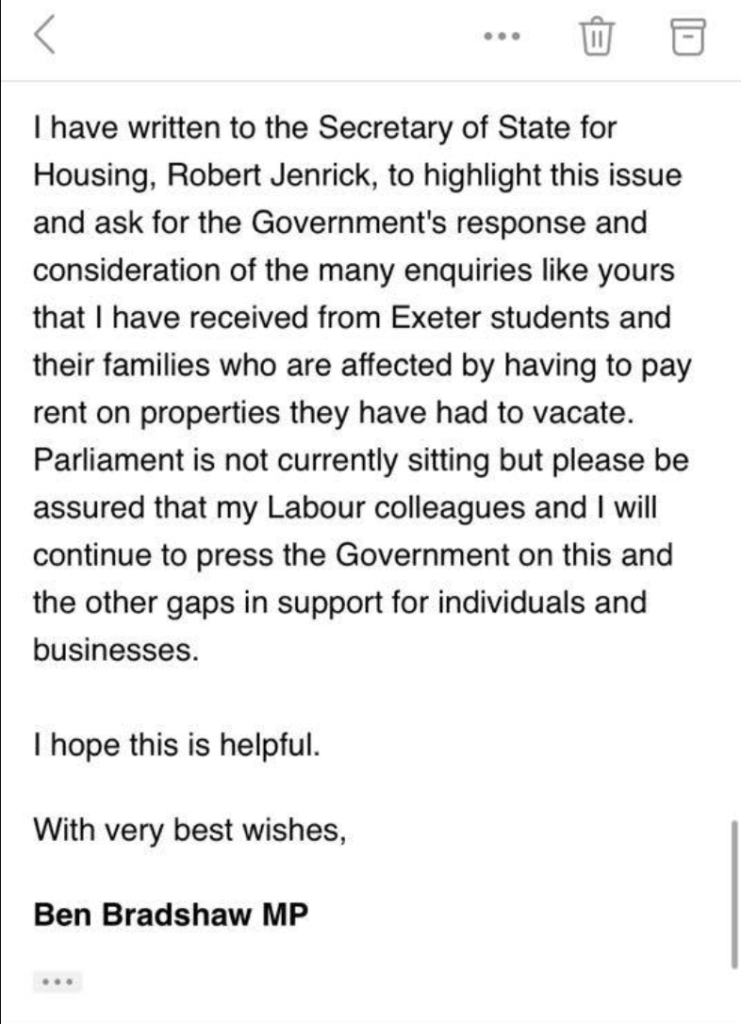 Bradshaw has also co-signed a letter drafted to Michelle Donelan, Minister of State for Universities, calling for urgent government action over university exams, rent and loss of earnings.

Thanks to 109 colleagues from all parties who have joined me in calling for urgent Govt action on student exams, rent and lost earnings ⁦@APPGStudents⁩ ⁦@nusuk⁩ pic.twitter.com/z08HLLXlC2

The Students’ Guild have similarly drafted an open letter following student concerns over the challenges to pay rent, urging landlords to release students from contracts early where properties will now remain vacant, and without “financial penalty”.

The Guild officers highlight the issues surrounding loss of student jobs, and that loans where students are receiving the minimum amount of £4,168 per year often, “does not cover the true costs of their full amount of rent.” 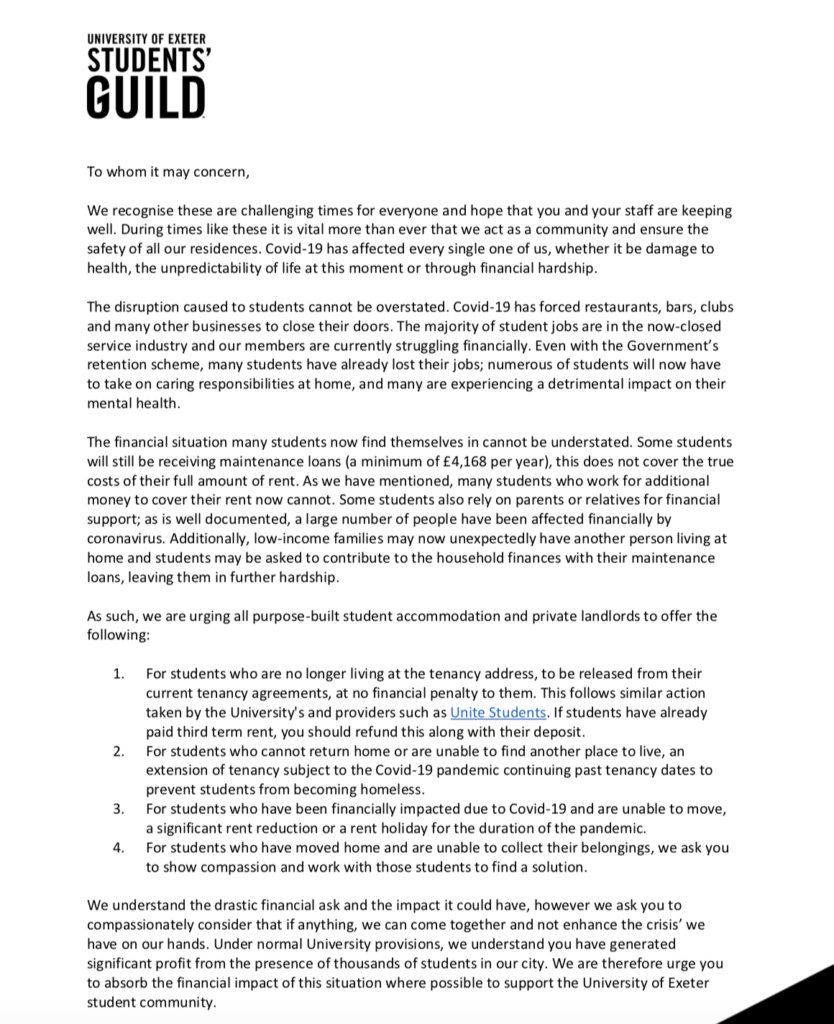 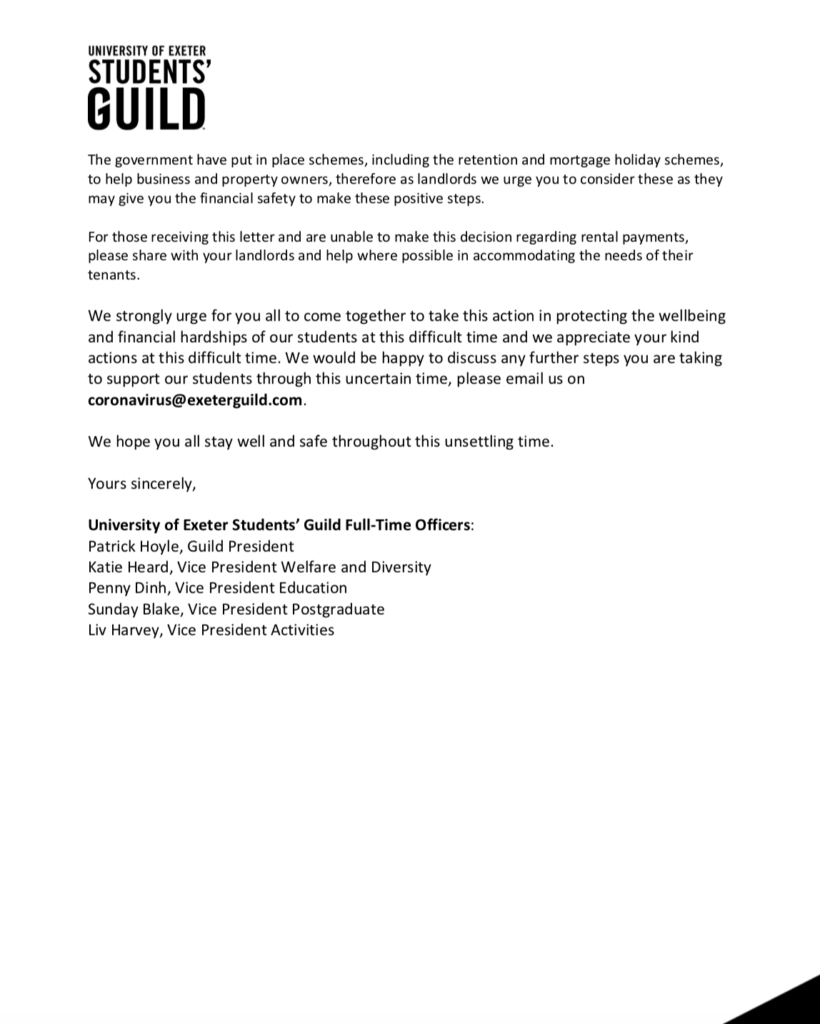 The letter adds that landlords should act “compassionately” and states: “under normal University provisions, we understand you have generated significant profit from the presence of thousands of students in our city.”

• Students organise rent strikes against the University of Sussex