Leaving three months early wasn’t exactly what I had planned

This was the year that I had been looking forward to, but also very much dreading, my entire uni career – the year that my degree essentially rides on as a Spanish student, when I would finally move to Spain.

About a year ago, I received the email telling me where I was going to be spending at least 9 months of my life. Alcalá de Henares, a university town just shy of 200,000 people, which was a 40 minute train journey from Madrid and known as the Spanish Oxbridge, architecturally speaking at least. After numerous very confusing email exchanges, (Spanish bureaucracy am I right) I finally began to feel just a smidge of excitement and anticipation. Then, in the blink of an eye, I said goodbye to my life in Exeter and September had rolled around. For me, that meant boarding the plane to start a whole new life in Spain.

Alcalá is a very old, beautiful town, for the most part, and I lived literally on Calle Mayor (the Main Street.) My flat was ideal, housemates were great and the location was perfect. But actually getting used to living there? That was a whole different ball game. I was speaking, living and studying in Spanish and, oh, don’t forget the kicker – I was fully taking advantage of the tapas culture. So for that, thanks Spain, I can confidently say that your wine has completely ruined me for that shitty English stuff they call wine. 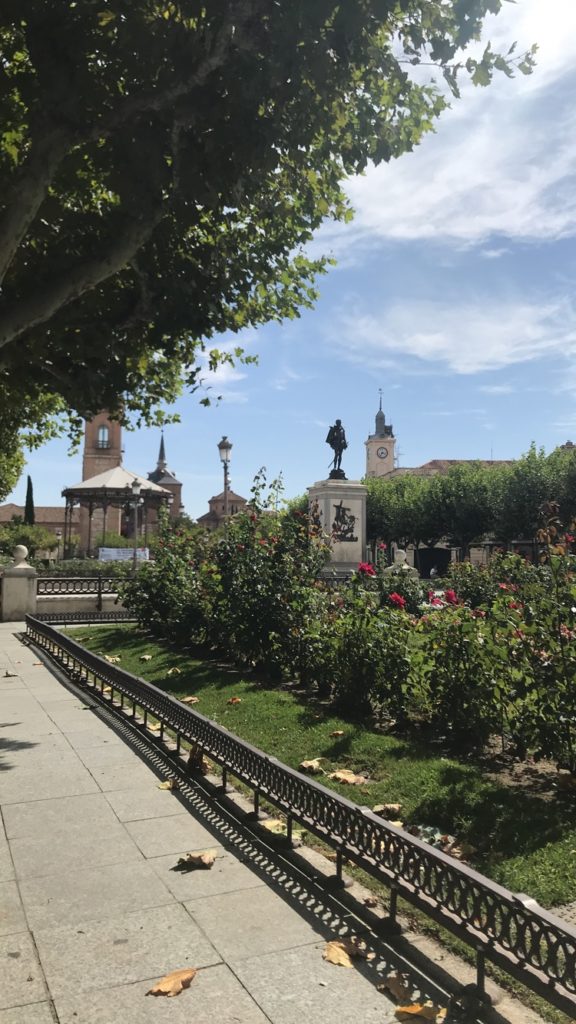 The warm weather (until at least the middle of November!) was the icing on the cake. It felt like we were on a constant holiday, meeting new people, going out, visiting new places and cities … all on repeat. Oh, and the odd studying here and there of course, whoops. For the first five or so months, it obviously had its ups and downs, but I was pretty lucky, I was having such a great time.

Then, around the beginning of February, news slowly reached us about the new virus COVID-19, or Coronavirus as everyone knows it. It seemed like a terrible thing happening half-way across the world from us, and even in class we all talked about the ‘friend that we knew who was sent home from China by their home unis’. There was a general feeling of, “aw, that sucks” and “poor them”, but we never thought about the possibility of it effecting us, in any way really.

My family came out to visit me as planned in the February half term holidays, and we even went to see Real Madrid play at the Santiago Bernabéu stadium. Nobody wearing masks, no worry about the health of the 80,000 people in the venue at all. And this was just over a month ago. 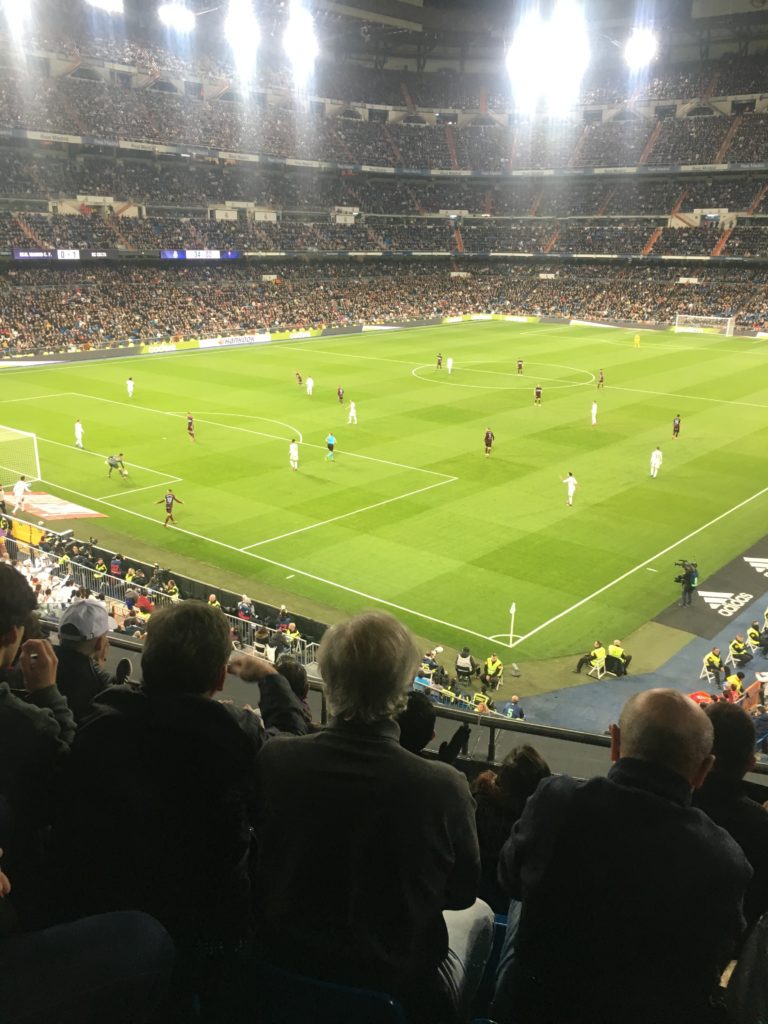 My housemate from first term went to uni in the Northern part of Italy, so the reality of Coronavirus, for my group of friends at least, hit us when all of a sudden, he had no uni and could barely leave his house without a good reason. The rate it was spreading was ridiculous, yet we still thought, “ah, we’ll be fine.”

However, this changed when one of housemate’s co-workers had come in with the severe flu, and had been in Milan the weekend before. That weekend was my first go at a kind of pre-empted self-isolation, and although it was clearly fine, it knocked us for six. From there, things seemed to go in a slow downward spiral. It had been in Madrid for a week or so, and I was situated right next to the town labelled the “epicentre” of the virus in Spain, but all of a sudden there were two cases found in a school actually in Alcalá, where I lived. But yet, everyone still seemed to be in a state of denial about the situation.

Of course, some people began bulk buying, with the main supermarket Carrefour often a tad busier than normal. But uni continued, bars and and restaurants were still rammed, it was business as usual.

My boyfriend was set to arrive 5 days after the first cases were found in Alcalá. He still came, because at the time it seemed fine, but he even said himself, 3 days later and he probably would not have got on that plane. That’s how quickly the virus seemed to be spreading where I lived. 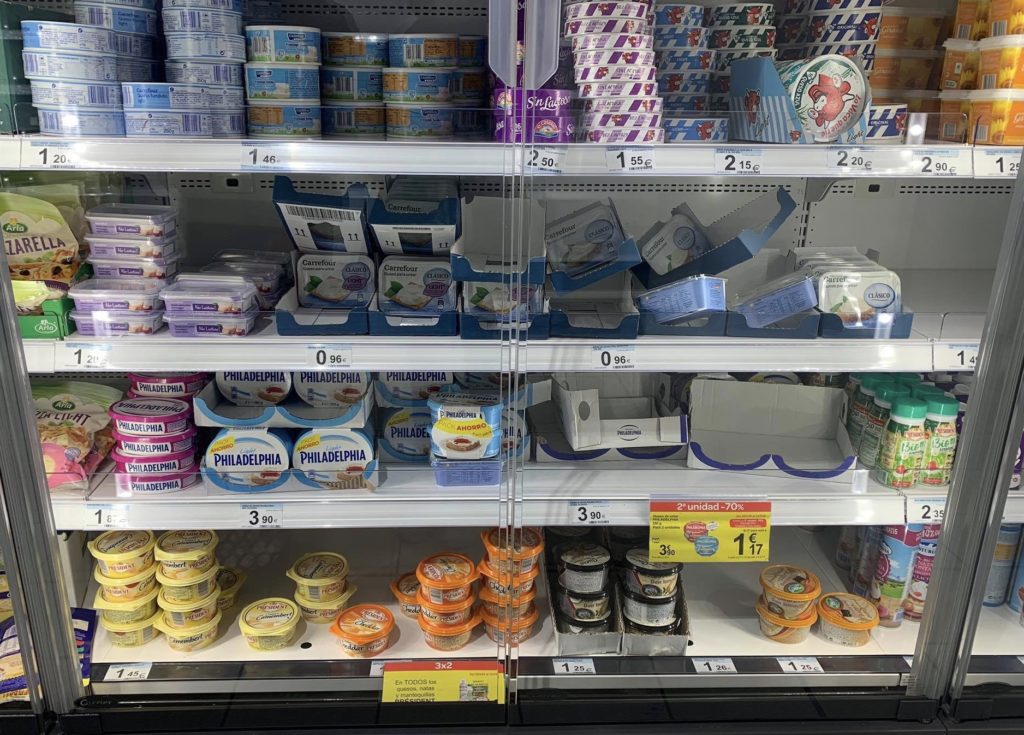 Somehow, my friends and I were still determined to live our normal lives, because everyone around us seemed to be doing the same. The people of Alcalá were as social as ever. On my last weekend, not that I knew it at the time, we even planned on going out in Madrid that week. However, things took a nosedive on the evening of 9th March, when it was announced all educational institutions in Madrid were to be closed for at least 2 weeks. That was scary. It almost went from 0 to 100 in the space of an email. Most of my British and Irish friends immediately booked flights home – at this point I was determined to stick it out.

What I loved about my town and even Madrid, when I did venture there, was how vibrant it was. Always bustling with people, usually always something to do. This didn’t really seem to change, especially at the beginning of the week.

The rumours of Madrid going into lockdown kind of came out of the blue. The next couple of days passed in a waiting game, hoping that the borders wouldn’t close before my boyfriend got out. At this point I STILL wasn’t going home, but my friends kept leaving, and one teary wine night crossed with a phone call from my dad later, I had basically booked my plane home. The email from Exeter saying we had to get home urgently was the final nail in the coffin for me.

My last day was so bittersweet. I didn’t treat it as my final day because it wasn’t, that’s for sure, I’ve left too much stuff in my bedroom not to go back. Packing was miserable, I definitely overpacked (and may have even had to pay at the airport…) but I don’t even think I really said goodbye. All of a sudden the streets were empty, and it wasn’t the same place I had been living for the past 6 months.

Never in a million years did I think that I would have boarded the flight back to Heathrow with my boyfriend. He was only visiting for 10 days, this wasn’t meant to happen. I even wore a mask, and definitely did not stand out in the crowd. Coming from a high risk area, I am still in self-isolation almost a week later, and cabin fever is real.

Seeing the situation in Spain, with over 20,000 cases now and Madrid basically in lockdown, I’m glad I came home. But in this moment where everything seems bad, with term 3 and graduation basically a huge question mark for now, I can keep going on the fact that I had such an amazing 6 months in Spain, and that I will be running back there as soon as I can.

Vigil for George Floyd to be held in Exeter this Saturday