She was called a ‘f*cking wetwipe p*ki’

Exeter University has released a statement after a student revealed the torrent of racist abuse she has suffered over the past year in a blog post.

The student, who asked to be anonymous, claims that the abuse started in March 2019 when she was referred to as a “wog” in a post ExeHonestly. She then received messages from later-deleted Facebook accounts, in which she was called a “Fucking wet wipe paki” and “Shamima bitch” amongst other racist slurs.

In a statement released today Janice Kay, Provost at the University, described the messages as “horrific,” sickening,” and “a clear hate crime,” and said the Uni tried to support the student in every way.

“We are truly sorry that we have not been able to find those responsible,” he said. 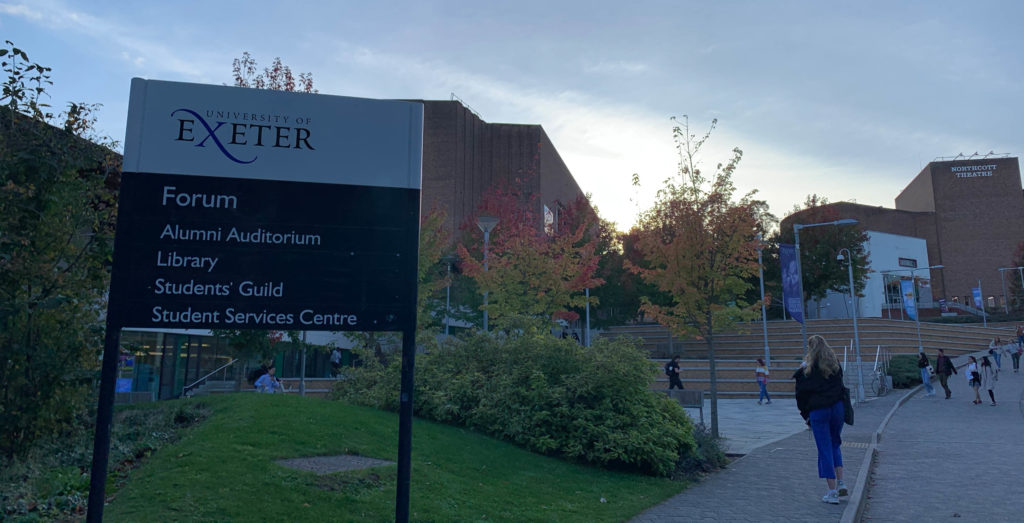 The student said in her blogpost perpetrators had turned to contacting her via Proton Mail, a software which reroutes I.P. addresses to Switzerland, making it near-impossible to track them down.

She then started to receive racially abusive and threatening messages biweekly.

The student claims by this point her partner had written to the University and she had had meetings with members of University management who encouraged her to go to the police. They asked that in the meantime she forward these emails to a male member of University staff, something she felt uncomfortable doing.

The statement from the Provost also confirms the University reported the incident to the police.

According to the student, the University said “their hands were tied” and “there was only so much one could do, had they not gone through the courts”. She was reluctant to do so, she writes: “It’s pertinent here to remember that I am not a British citizen: to go through the police system, testify in court, have it drag on for ages whilst I was alone in a foreign country? I was terrified.”

The emails of abuse got worse, progressing to threats of violence, murder and rape.

It wasn’t until the abuse became physical that the student decided to escalate matters to the police. The police tried various intrusive methods to uncover the perpetrators behind the emails, but to no avail. The student said the officer in charge claimed the investigation “had reached a dead end”.

In the post, the student expresses criticism of the University’s approach. She claims she was repeatedly asked to forward “sexually visceral” messages to the same male member of staff, messages which she claims she did not even feel comfortable showing her partner given their explicit nature. She also claims that she received no correspondence from the University to check upon on her, or the situation, since December.

When asked about this specific allegation, a University spokesperson told The Exeter Tab: “Senior female staff led the investigation and support.”

She says the University assured her, in her first meeting, how “lucky” she was to have a stable support network, which is why she believes she was constantly asked to pursue the matter with the police.

She was offered a “welfare support caseworker” in meetings, shown safe paths and given a rape alarm, something which astounded her. She said “the sheer defeatism in it frightened” her.

Janice Kay, Provost at the University of Exeter said: “The racist and sexually violent messages received by one of our students are horrific and sickening. It is a clear hate crime and we reported immediately to the police and supported the student to work with the police and other agencies over many months to find those responsible whether within the university or outside.

“We tried to give every possible support to our student and there are many people at the university who sought to help guide and investigate every incident reported. We are truly sorry that we have not been able to find those responsible.

“The rise in hate speech and racism in society, including university communities, is of deep concern, and we have acted to tackle racism on many different levels, over the past 2 years but there are also limits to our powers, particularly around anonymous online accounts.

“We act immediately and decisively when incident of racial harassment occur but we certainly do not underestimate the size of the problem or the distance we still need to travel. We will review the support we offer to ensure we continually improve our response and work with the police and other authorities to ensure we act together to tackle racism in the wider community.”