‘They expect us to attend a meeting where we lose all leverage and if we reject it, it’s our fault’

The students occupying Peter Chalk in support of the UCU strikes have criticised the University of Exeter's response to protests.

Yesterday evening, an email was sent to students from the University's Registrar and Secretary, accusing the occupiers of "damaging the wider student body without any mandate to do so" by disrupting scheduled teaching hours.

The email states the occupiers were offered a meeting with the Vice-Chancellor but "refused this offer and all subsequent opportunities to compromise." 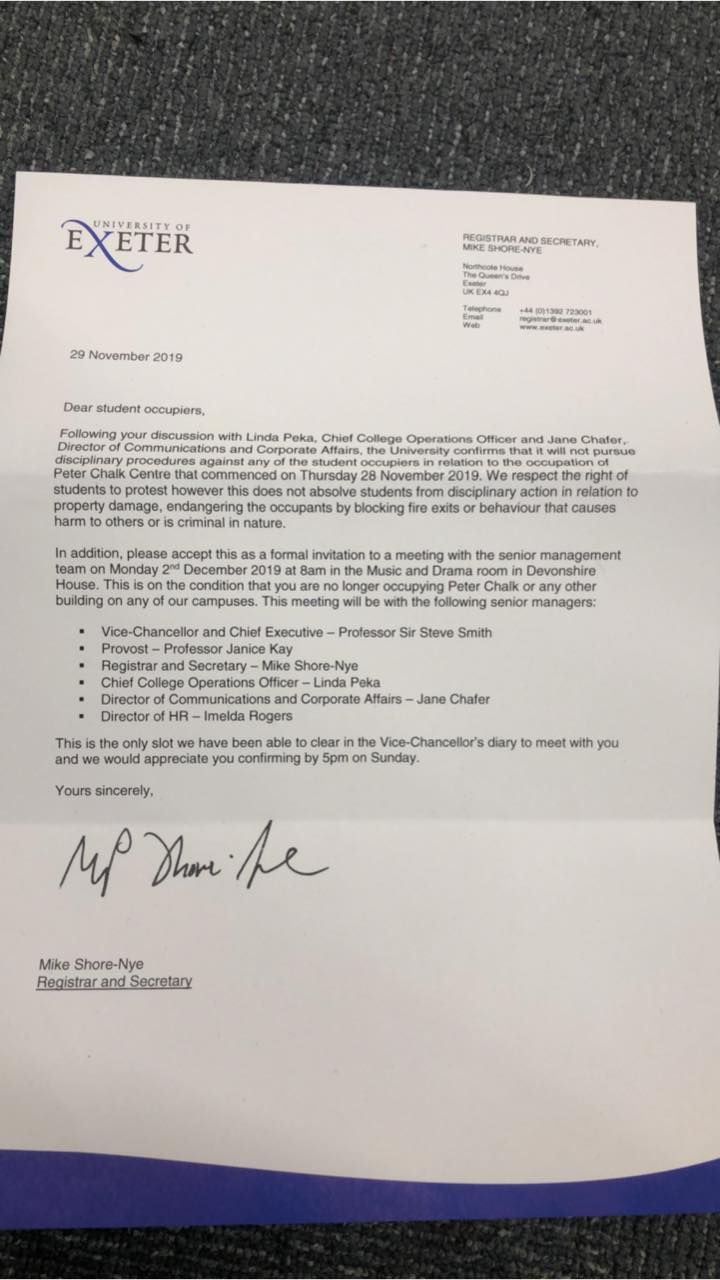 However the occupiers deny these claims. One of the protesters told The Exeter Tab: "We made several offers of a meeting at Peter Chalk, or with Steve Smith supporting the strikes, which were turned down. Yet they expect us to attend a meeting where we lose all leverage, that’s on their terms, and if we rejected it, it’s our fault.

"So we were given no opportunity to change the terms of the meeting, but it was our fault for rejecting it."

Following the occupation of the Peter Chalk building last Thursday, protesters have been negotiating with the University's senior management.

So far, negotiations have been strained, as senior management had been refusing to discuss their list of demands unless the group ended their occupation. 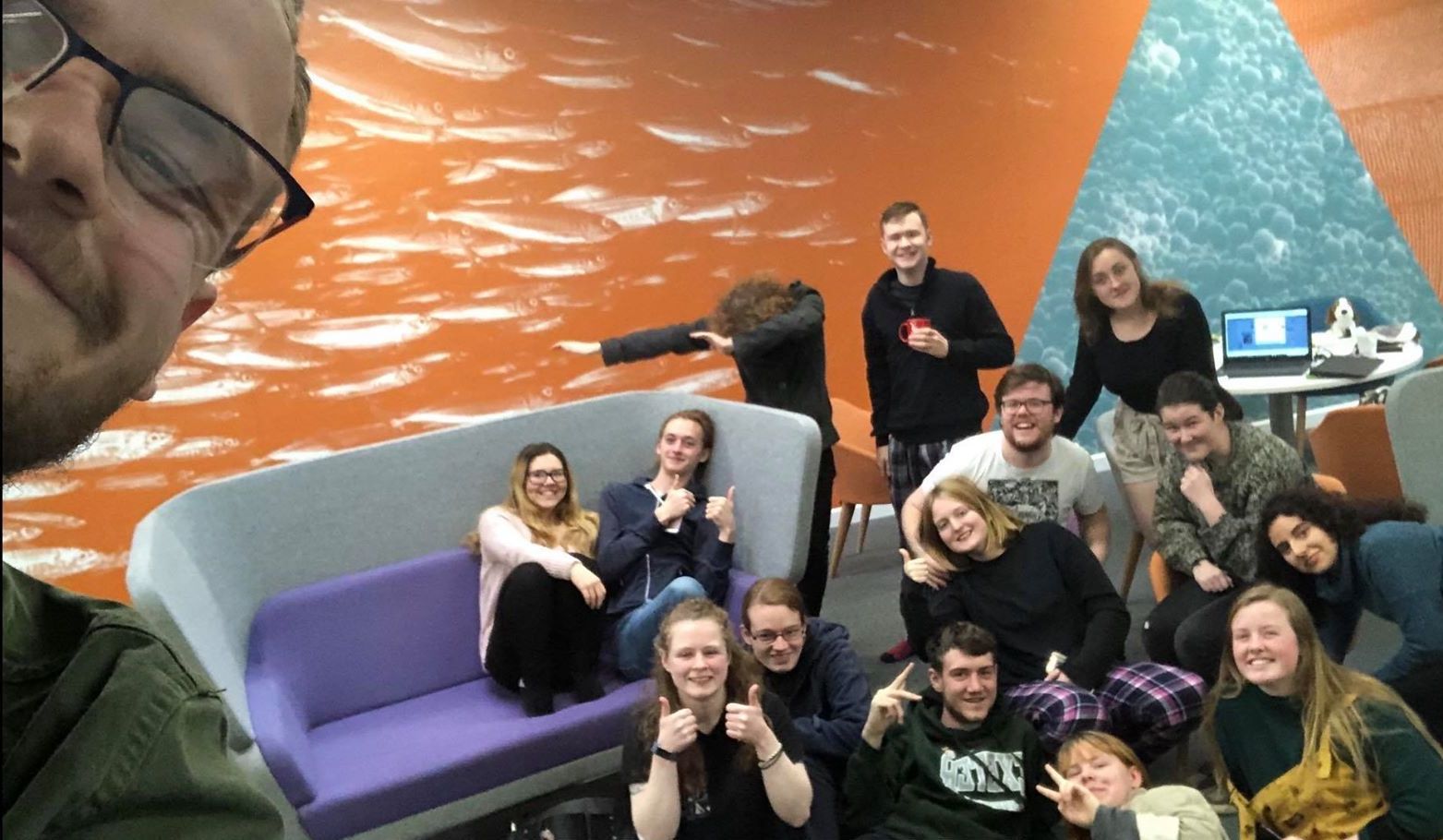 This Registrar's email was sent to students despite occupiers agreeing to meet representatives of the University at 5pm the same day.

One of the protesters told The Exeter Tab: "They claimed there were mistakes, but they were 'water under the bridge now'."

They added: "They kept insisting they had a mandate to be harsh as they represented the people who wanted to get in. Especially as they had received 'loads of emails from students and their parents'.

"Whilst denying us a mandate despite the guild poll having a plurality in support of cause and strike, they claimed to have their own." 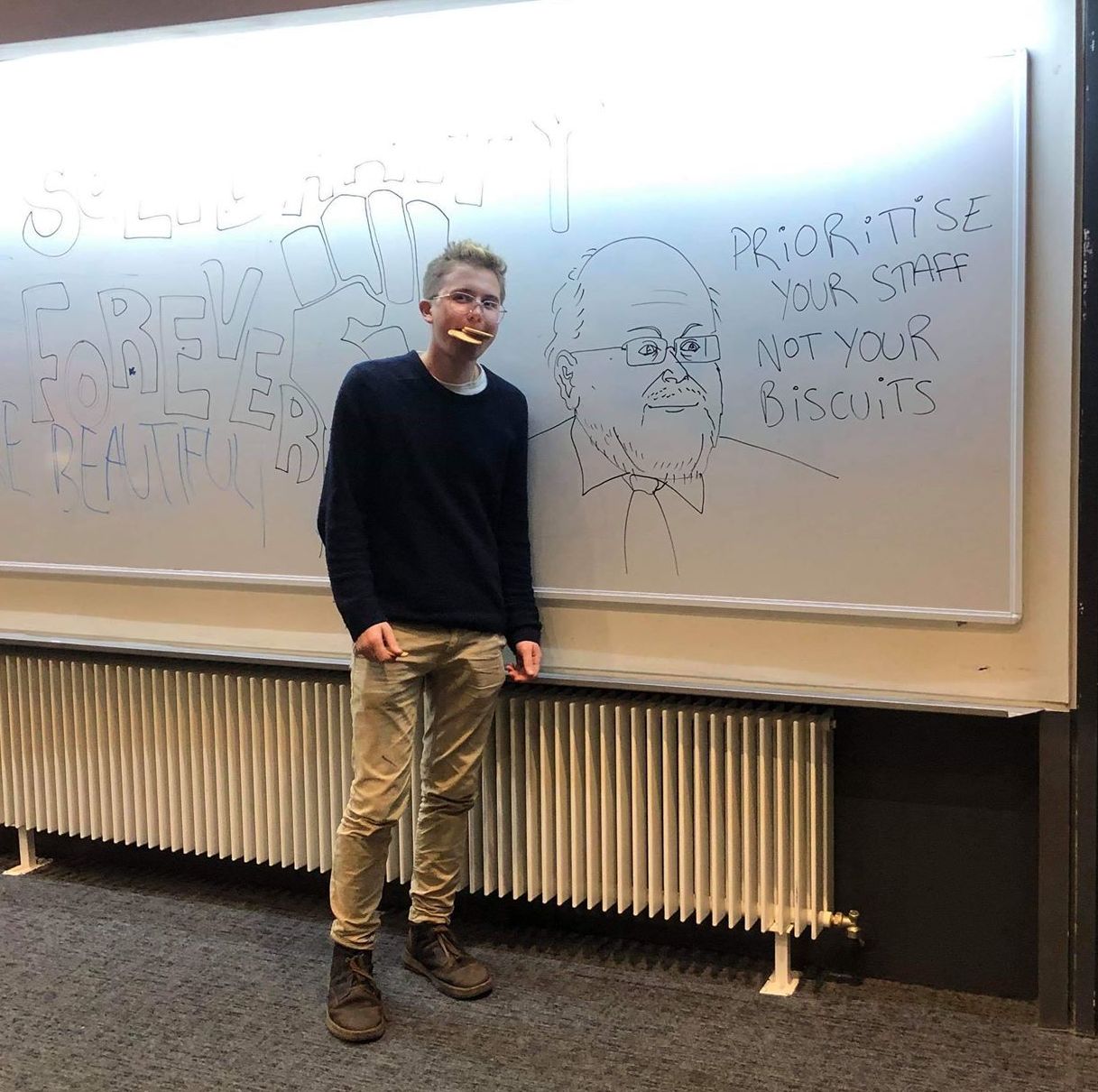 In a daily update of the occupation on their Facebook page, they said: "Following our offer of a meeting with Steve Smith, we had further negotiations with senior management which proved to be fruitless. We weren't given a guarantee of anything coming out of the meeting, yet were expected to give up all leverage, due to this we had to turn it down.

"Perhaps the university management will be more understanding in the future and we can have constructive conversation." 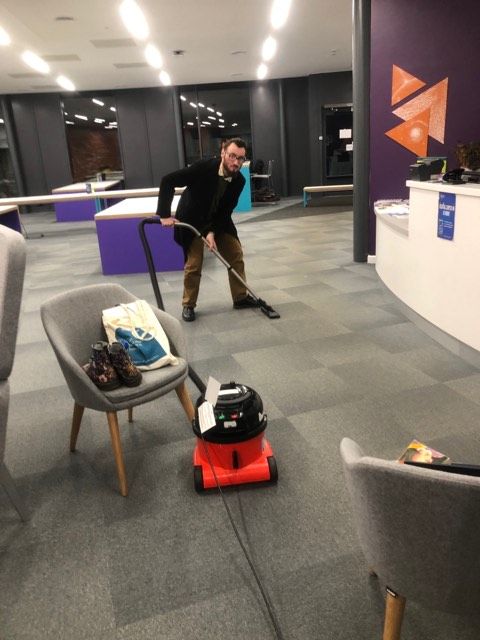 The protesters have addressed other criticisms of the occupation on their Facebook page.

Addressing frequent criticisms to the occupation of Peter Chalk• You are affecting students, not lecturersThe strikes…

Despite the critics, much of the student body have been supportive of the occupiers, with many sending messages of support or delivering food and supplies to the building.

Apart from negotiating, the occupiers spent Monday cleaning the building. They say they will also clean before they leave, "to ensure we leave the building cleaner than we found it." 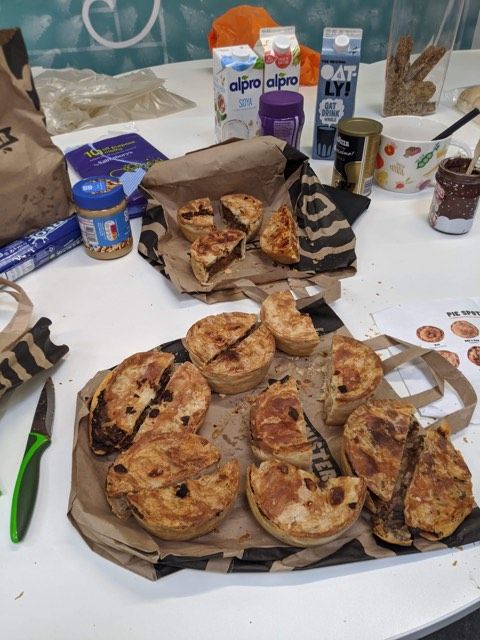 The University College Union have issued a statement of support for the student occupiers, stating: "We defend our students’ rights to protest, just as we thank them for supporting our picketing. Together we are making a statement in defence of a shared vision for higher education."

Their revised demands, which they posted on their Facebook page, are as follows:

­"Senior management at the University of Exeter, including Professor Sir Steve Smith, explicitly come out in support of the UCU strike, apply pressure on UUK and act in accordance with the UCU’s demands. These being:

"Fair Pay – restoration of pensions and stopping the squeeze on wages

"All students (including postgrad teaching assistants) refunded for lost contact hours/teaching hours during strike action; the university should not make a profit from withholding staff wages during strikes.

"Further, this policy remains in place throughout any subsequent industrial action.

"Full amnesty is provided for all involved in the strike itself, this protest action, and in any other supportive action.

"If our demands are not met, our protest will be escalated."

• Exclusive: Inside Peter Chalk which is currently being occupied by students supporting UCU strikes

‘Do I feel this strongly about children’s names?…no’: We spoke to Exeter grad Katie Hopkins