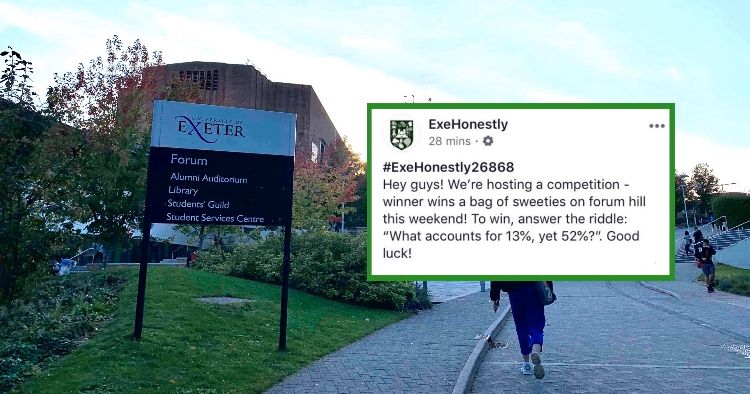 They are working with police to identify those responsible

The University of Exeter has escalated accusations of Nazi propaganda being posted on confession site Exehonestly to the Police Hate Crime Unit.

A series of posts on Exehonestly were found to have Neo-Nazi and white supremacist origins. Screenshots of the posts have been circulating on Twitter after students realised the confessions had racist connotations.

A University of Exeter spokesperson told The Tab Exeter: “Exehonestly is an anonymous Facebook page open to anyone to post content and operated by anonymous administrators. We have deep concerns about the content these administrators post that affect our community and we urge our students not to use it.

“We have reported our concerns about the site to Facebook, and now escalated matters to the Police Hate Crime Unit and will work with them to identify those responsible. If we obtain specific information about any of our students posting abusive or offensive content we will take immediate and appropriate action.

“Racism cannot be tolerated in any form in our community and students can contact us with information or concerns through our ‘Speak Out’ website."

One post offered a bag of sweets to those who could answer the riddle: "What accounts for 13%, yet 52%?".

This is a combination of two white supremacist symbols.

The first being 14, which is shorthand for the fourteen-word slogan "We must secure the existence of our people and a future for white children", coined by David Lane, a member of white supremacist terrorist group 'The Order'.

The second is 88, which stands for "Heil Hitler"; H being the eighth letter of the alphabet.

This comes after the site was forced to apologise last year for uploading a racist post that read: "No nut november is a pisstake. Everyone knows no n-word november is the real challenge". 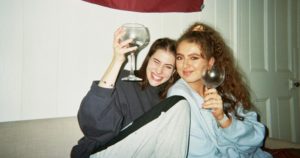