These are the worst student meals to come out of Exeter

University students are infamous for churning out some of the most tragic meals you'll ever lay your eyes on. And as the meals below demonstrate, Exeter students are no exception.

Time to judge the best of their culinary creations for yourselves… 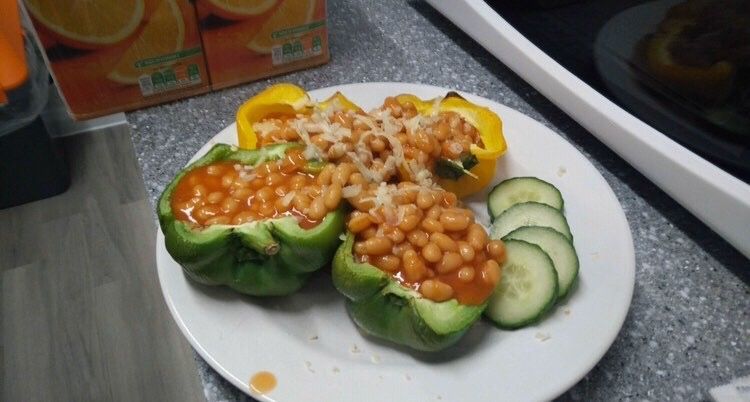 Not what springs to mind when someone mentions 'stuffed peppers'

We're all used to thinking of stuffed peppers as the sad, minimal effort, vegetarian option dished out at canteens, but Emma's flatmate did not come to play with his take on it. Forget beans on toast. Beans stuffed peppers anyone? 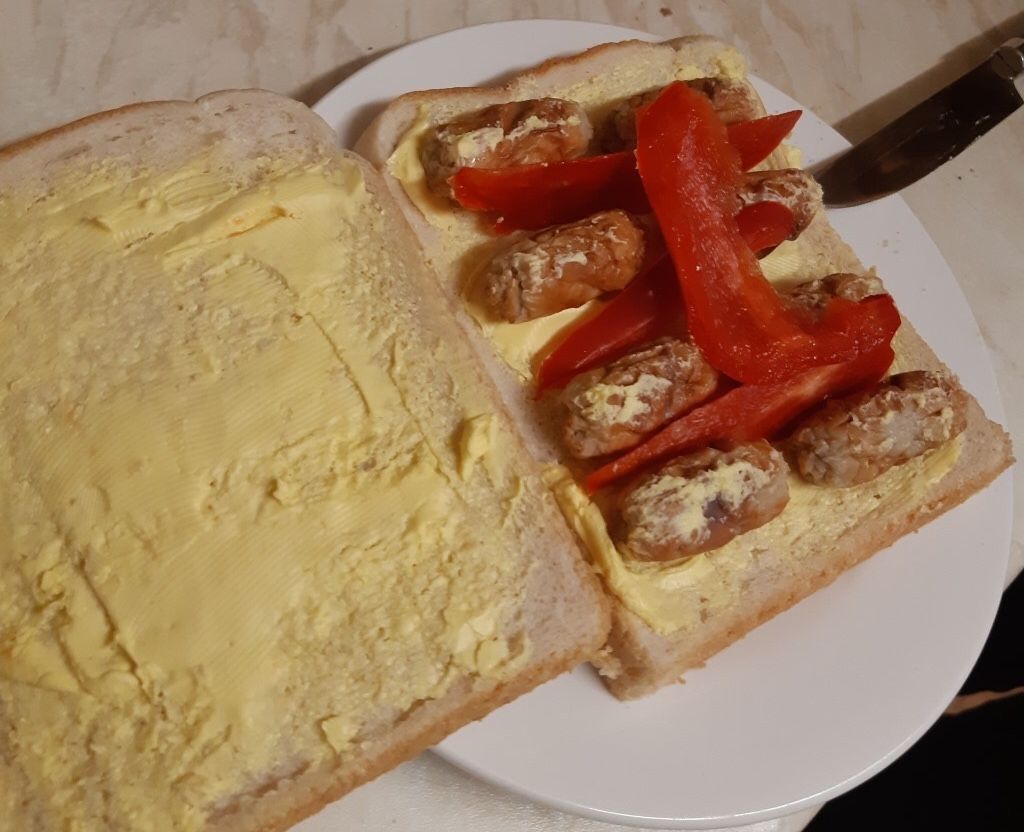 All the food groups covered

What do we love most about this one? The cocktail sausages in place of actual full length sausages or the attempt at health with the red peppers? God loves a trier. 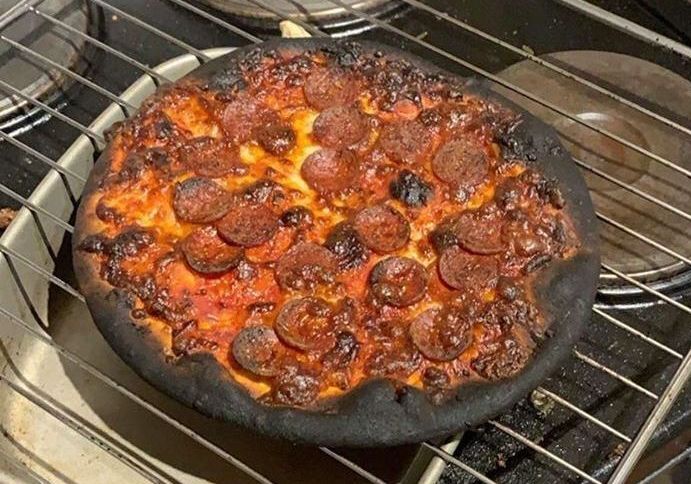 "Essentially I underestimated the power of my new house oven so left the pizza in for a while longer while pres continued. Five minutes later I was welcomed to the smell of burning and my charcoal flavoured pizza"

Oh but if you think that's burnt, you ain't seen nothing yet…

To say this meal was cremated might be an understatement to be honest. 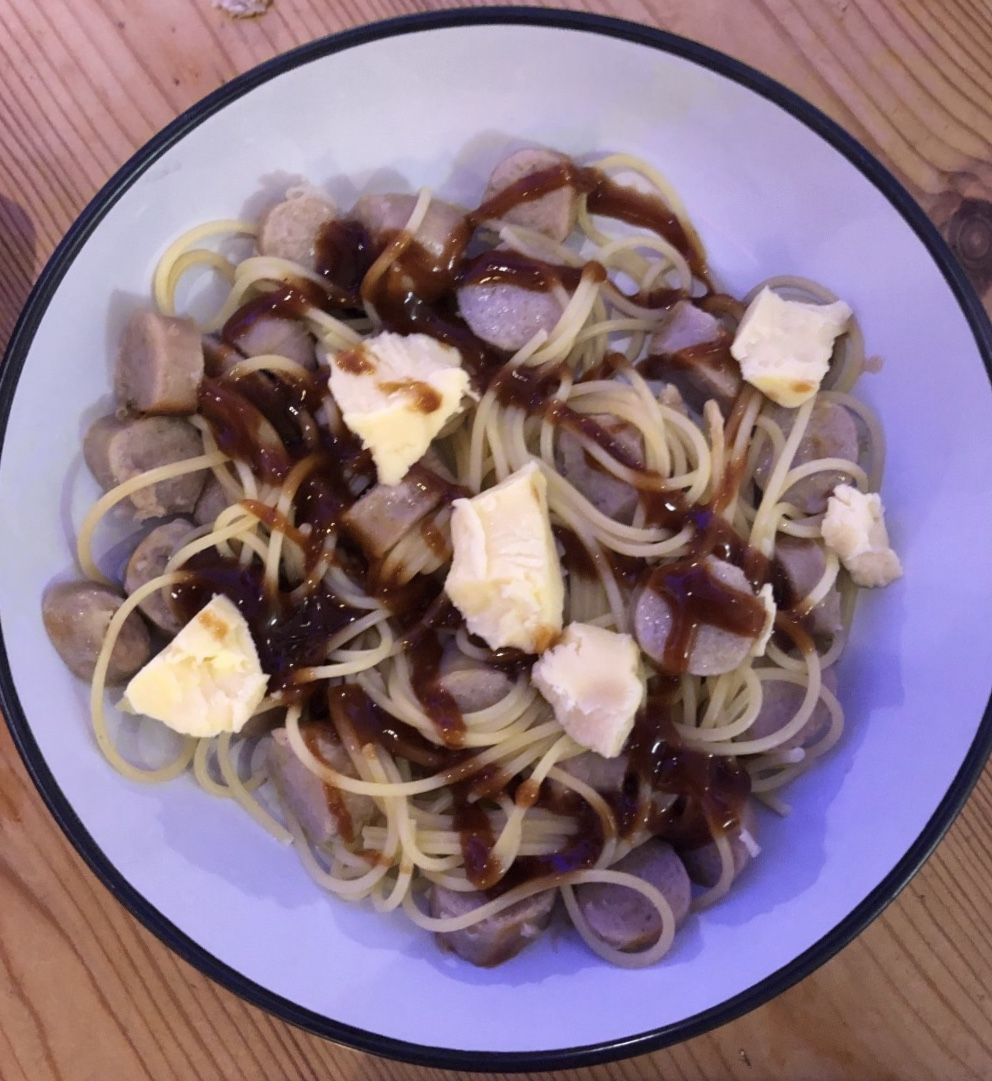 Not even gonna melt or grate those blocks of cheese, huh?

Spaghetti, HP sauce, sausages, cheese. Individually they're all things that people love; but together??? Guess you can't knock it till you've tried it. 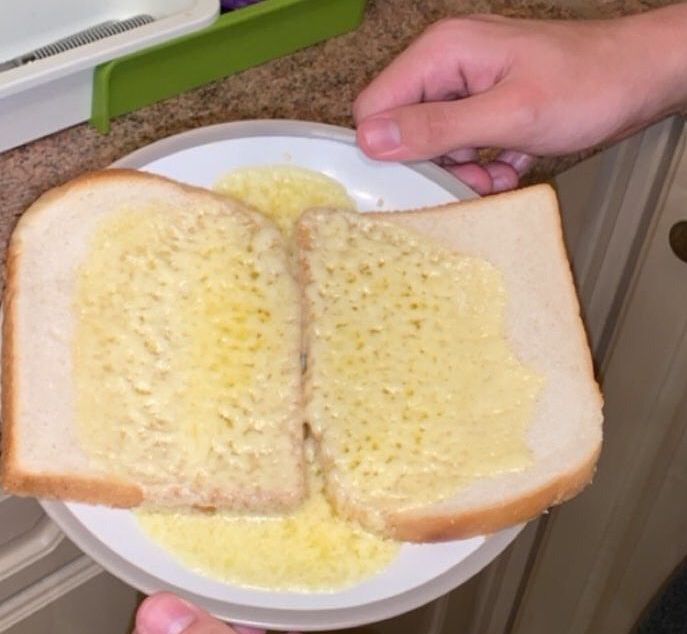 How could cheese on toast go so wrong?!

So this is what happens when you're convinced that the right way to make cheese on toast is in a microwave. Let us all learn from Ross's mistake. 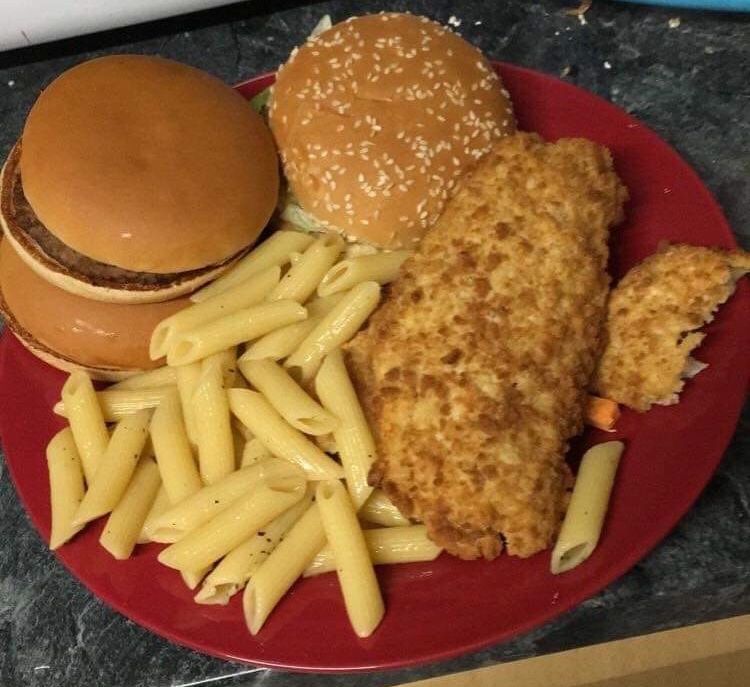 We may be shocked that this person's meal was three burgers, two pieces of fish (one of which just the last bite remains) and pasta, but if we swapped out that rogue plain pasta with chips, we could be onto a winner. 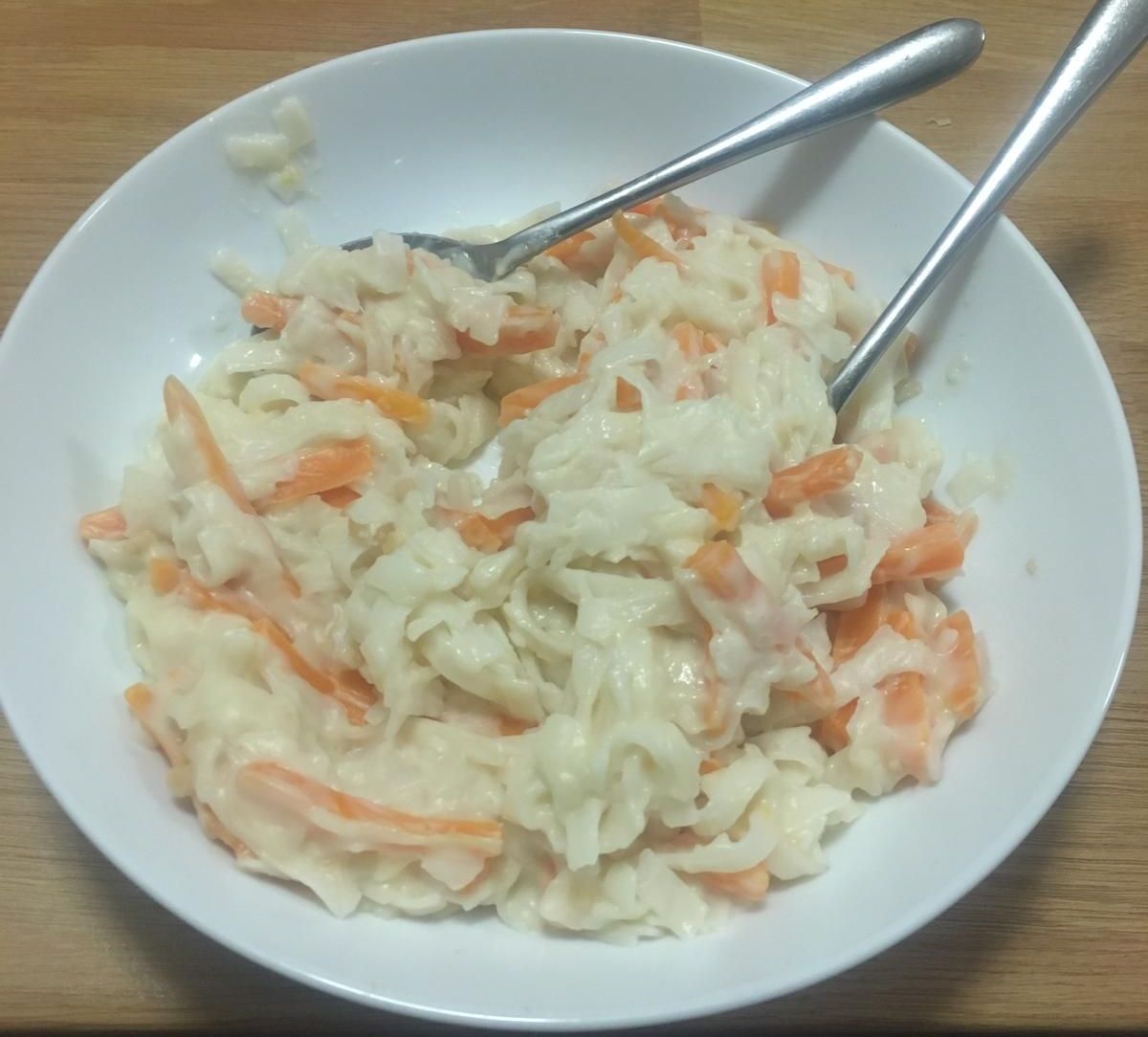 Who would have thought that mixing overcooked noodles, a whole jar of peanut butter and undercooked carrot would give you something that looks identical to coleslaw? This is nothing short of a scientific discovery. 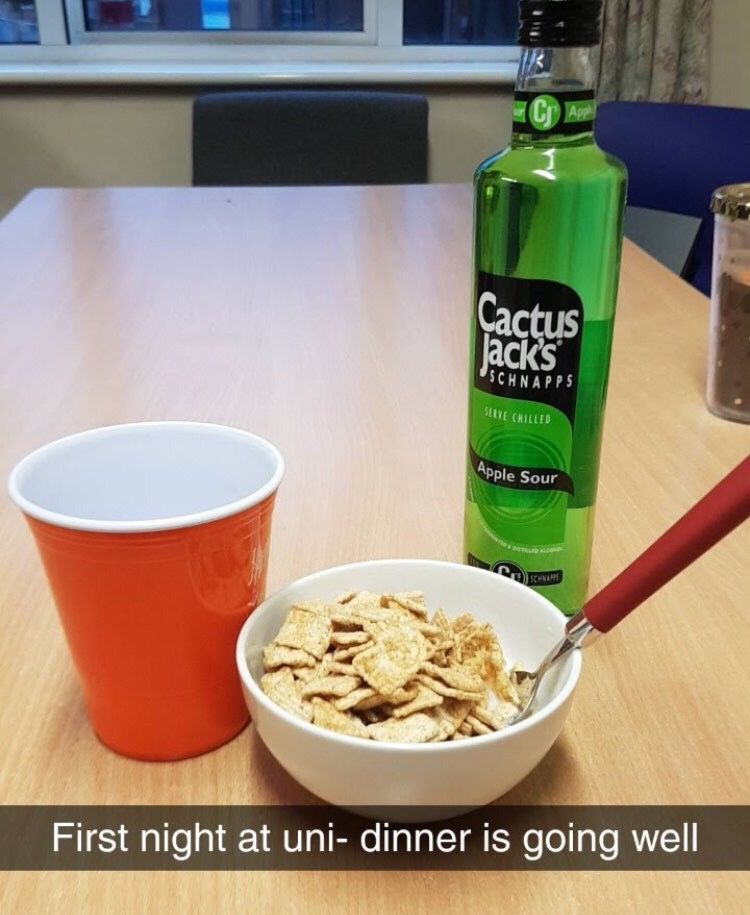 What fresh hell is this?!

No milk in the flat meant that reaching for the closest alternative liquid would do for Isobel's cereal. Pres and dinner sorted at the same time; Is this what they call "innovation?" 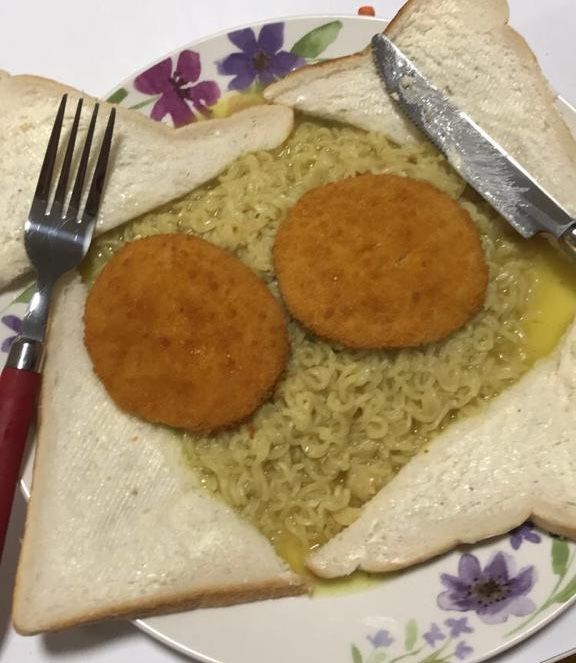 If this isn't a depression meal, I don't know what is

A combo of supernoodles, some form of breaded chicken and white bread. This could only have originated in the mind of a student.

Sorry, but this is just wrong

If pineapple on pizza wasn't bad enough, a tuna and pineapple jacket potato has now been brought into the world. There'll be a greater power to answer to for the creator of this atrocity. 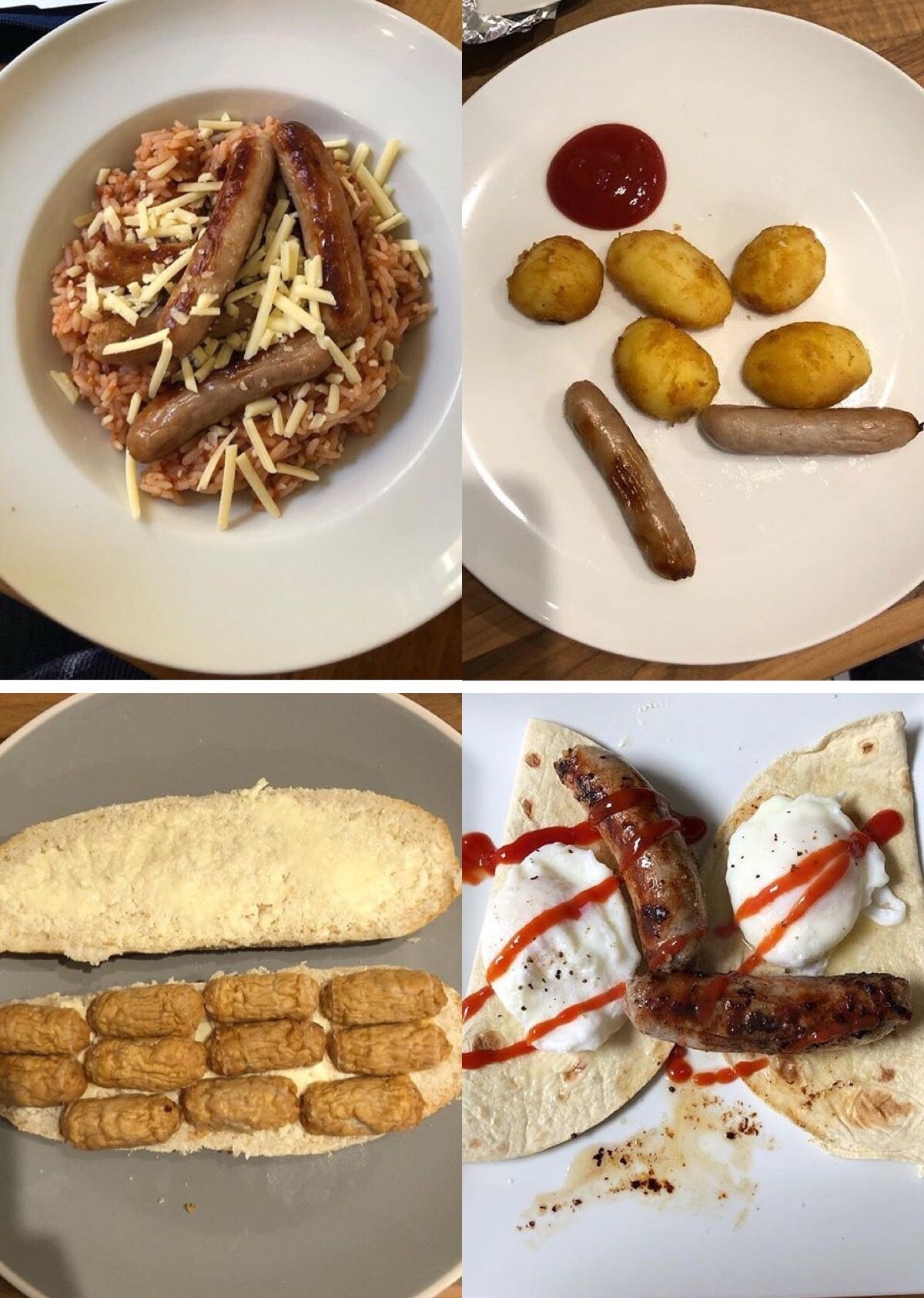 In the game of the saddest student meals, one student cook reigns supreme. Third year student, Claire, runs the instagram account @whatsforteasusan dedicated to documenting all of her meals. There's something so strangely beautiful about every dish. Its so tragic but I can't look away.