Most commonly seen on Forum hill, the notorious campus cat brings tremendous joy to the students of Exeter.

The cat, which has been identified as male, stops people in their tracks to pet him, frequently making students late for seminars and lectures.

Students can often be seen sat in large groups on the pavement on Forum hill surrounding the feline, as he makes his way round each individual, luring them in with his soft ginger coat and sweet caresses. 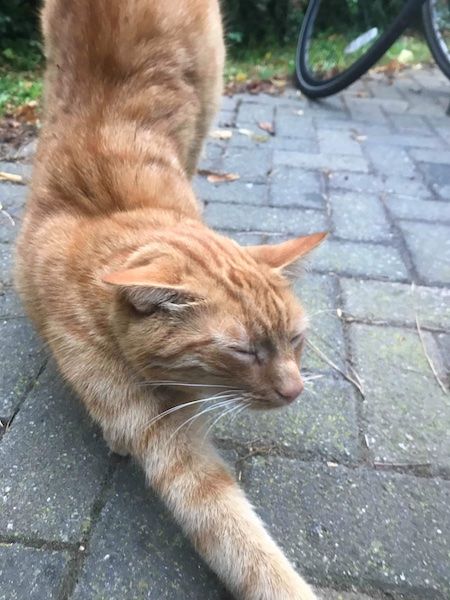 This cat is known for making you feel special, loved, adored…

Until the ultimate betrayal when you see him doing the same thing to someone else the next day (don't worry, we've all been there).

It is safe to say that this cat is the world's biggest flirt.

Whilst the Campus cat's celebrity status has only blown up this year, he's been roaming around campus for a while, with one Exehonestly post about him dating back to 2018!

Although the ownership of this cat is yet to be discovered, there have been multiple guesses as to his name, with many suggesting that he should be called Garfield due to his ginger coat.

Other suggestions include Michael, Carl, Napoleon and Whisky.

Students have created a group chat to alert each-other of his whereabouts, and there are even talks of starting a 'Cat Appreciation Society'. 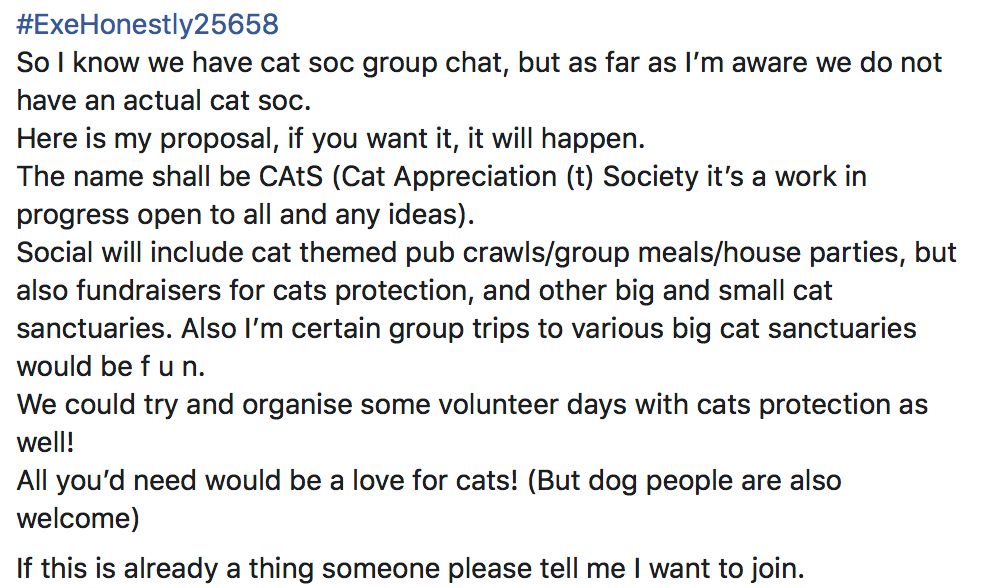 Not only is the Campus Cat super cute, but animals can be really beneficial for students, as a simple stroking session has been scientifically proven to lower stress and anxiety levels; it can trigger the release of calming chemicals in your body.

Whilst no one is sure of the identity of this animal, one thing we're all sure of is that he has stolen, and will continue to steal, the hearts of Exeter students.

In fact, Exeter loves him so much that he now has his own Instagram page!

Someone giving me the love and attention I obviously deserve x

• Meet the Insta-cats of Exeter

• The struggles of dating a cat obsessed person

• Everything a cat owner can relate to