He is being held in custody for ‘causing a disturbance’

At roughly 9am this morning a 25-year-old man was arrested in the Forum outside the Alumni Auditorium.

An eyewitness told The Exeter Tab the man was escorted off campus by two police officers and four members of campus security. The Exeter Tab does not yet know whether the man is a student at the university.

Devon and Cornwall Police told The Exeter Tab they were called at 8am this morning after the man was found "causing a disturbance in an Exeter University building." 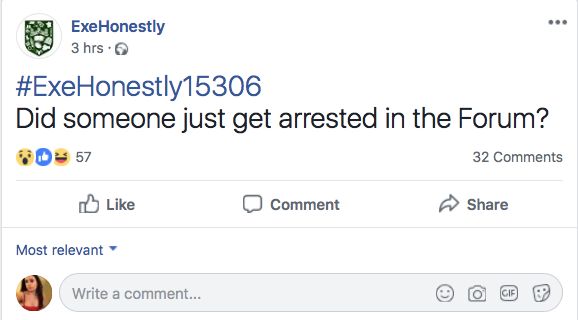 They said the 25-year-old man has been arrested "on suspicion of public order offences," and that "he remains in police custody at this time."