Now is the time to look to the future

Racism has been the word on everyone's lips this week. Following the shocking WhatsApp revelations at the University of Exeter, students up and down campus have been discussing how and why racist slurs and opinions were voiced at one of the country's best universities.

While the hateful opinions documented in the WhatsApp screenshots were shocking to all, they were hardly surprising to many. Talk of racist beliefs among the University of Exeter community has been present for a while.

From swastikas drawn on doors in Birks to potentially offensive anti-Islamic posters spotted on campus, the problem of racism and discrimination that has been silently bubbling away under the surface has long been known to many. 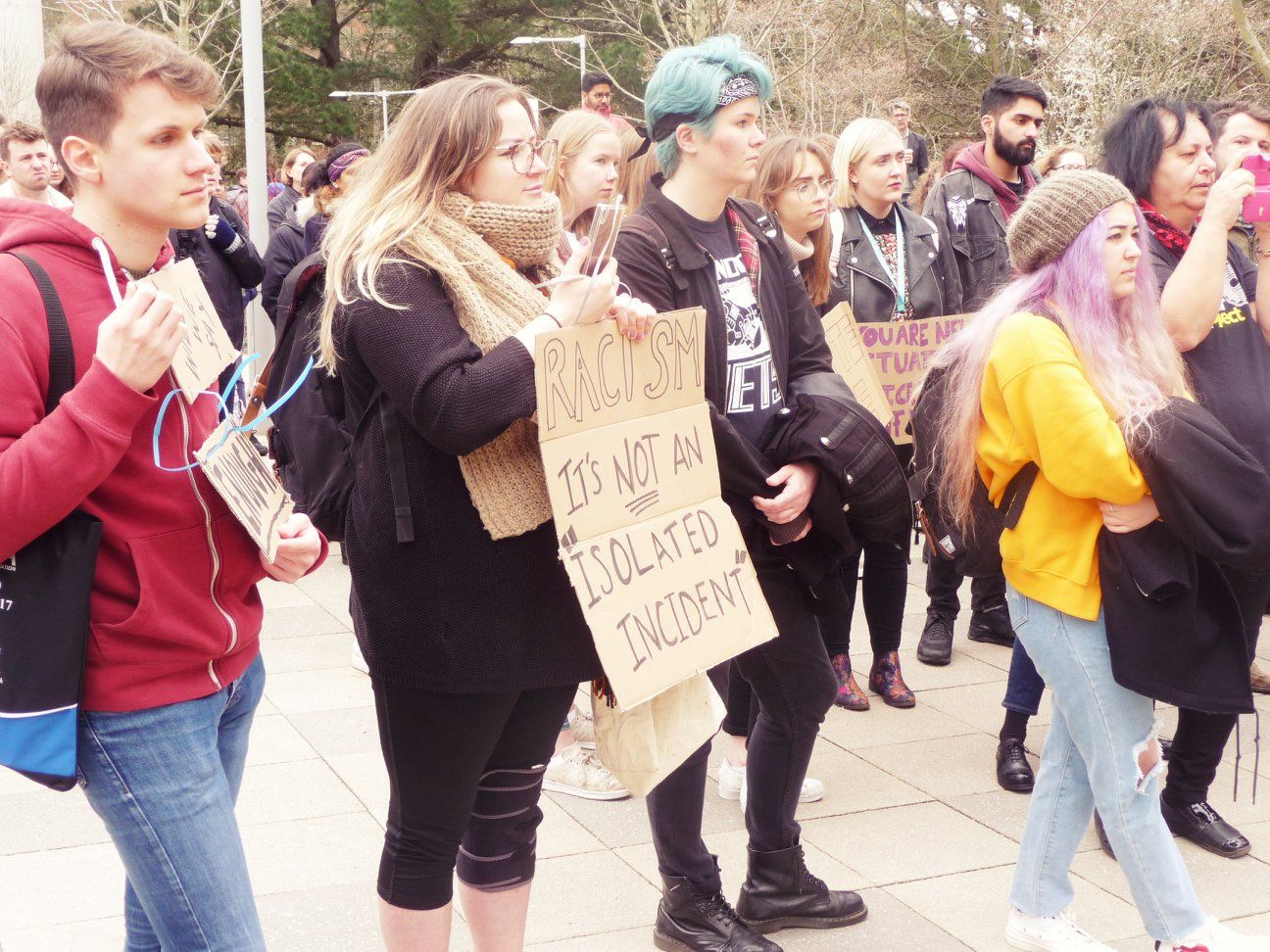 Sadly, the students named this week are simply a microcosm for a large-scale problem that seems to be touching many of the UK's academic institutions. Recent reports show that over a third of Muslim students in the UK have been victim to Islamaphobia, according to the NUS. What's more, Exeter's news comes just weeks after students at Nottingham Trent were filmed chanting the words, "We hate the blacks".

The conversation about racism, albeit difficult and uncomfortable, is a conversation that Exeter has needed to have for a long time.

Nevertheless, admitting there is an institutional problem here is not easy for anyone involved. Students have expressed their embarrassment about the affair, with others saying how ashamed they are to be associated with the university. In the aftermath of the Bracton Law scandal, multiple names took to social media to voice their distress at the horrific news.

this is absolutely sickening, and @UniofExeter must act to make sure that the culture that made this seem remotely possible is scrutinised and changed as urgently as possible. Students of colour and female students should never, ever have to put up with this. https://t.co/P7JkCb2R3V

love and solidarity to anybody who is going to uni today feeling unsafe – today I am ashamed to be a @UniofExeter graduate, and will be until serious punishment and change is enforced

Another wrote on Facebook: "Exeter you've really outdone yourself this time… completely horrified. You better up your game in putting a stop to this hateful disgusting behaviour, you might solve one problem superficially but as this shows you scratch under the surface and see how deeply ingrained these kinds of mentalities are."

For a campus university that prides itself on academic rigour, community values and acceptance, such news was always going to be jarring. Furthermore, with the story spreading across national news platforms, it does not sit comfortably with the 'Bleed Green' ethos upon which we all pride ourselves. 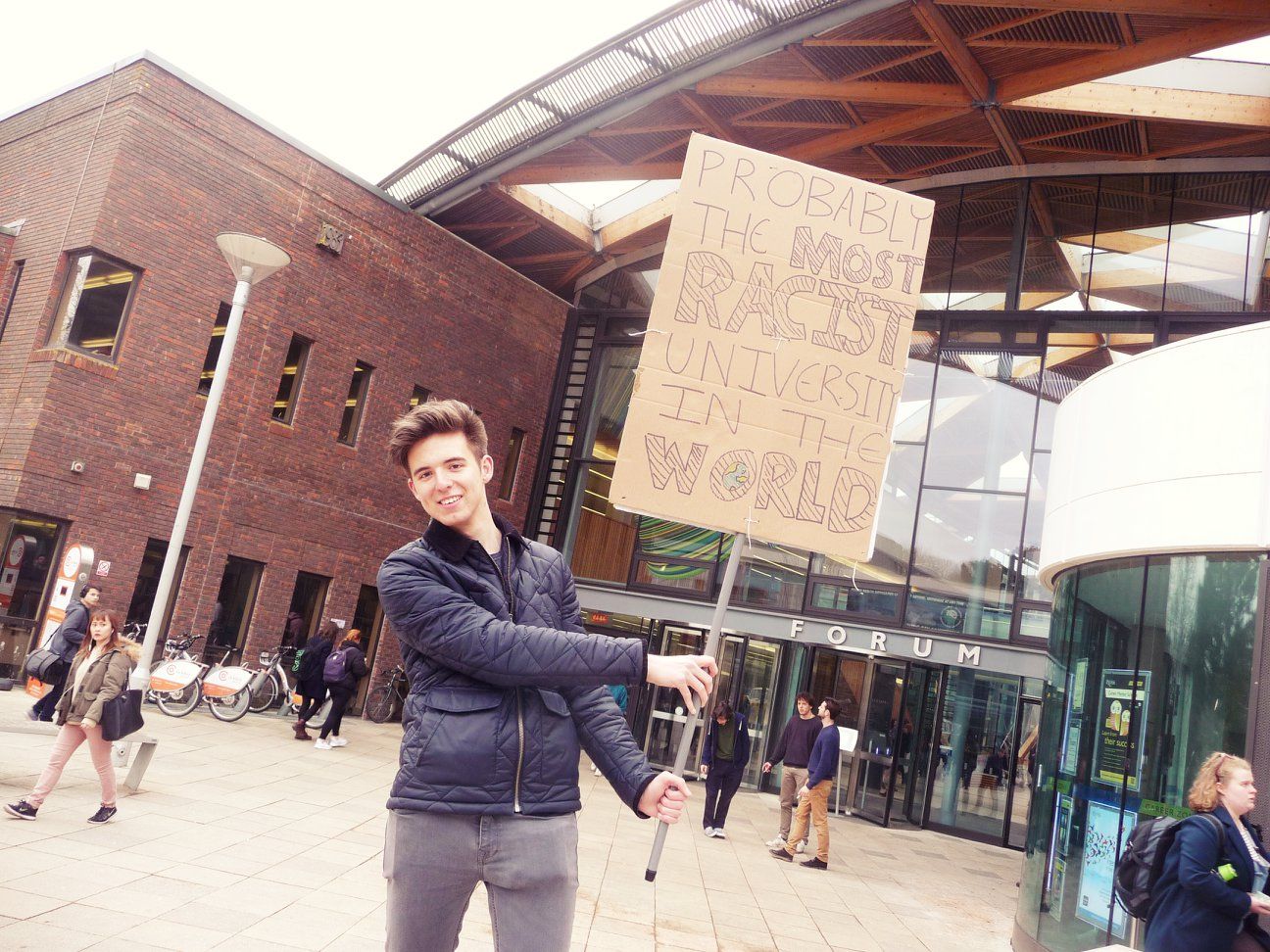 However, 'bleeding green' and being proud of Exeter goes beyond wearing stash. Now, more than ever, Exeter students have a duty to come together to reestablish its reputation within the wider community.

Now is the time to show the world that there is more to Exeter than racist group chats and horrendous comments about rape. At the student-organised rally on campus yesterday, anti-racism campaigners defiantly reiterated that the Bracton Law society students in question do not represent Exeter as a whole. The rally in itself was a reminder of the warm, welcoming and diverse community that does still exist here. Therein lies the silver lining.

The names held accountable are a pocket of hatred that must be quashed. Racists must be dealt with, punishments must be accepted, problems must be faced and hands need to be put up in the air as we collectively admit that we were wrong. Sweeping things under the carpet is no longer an option. Changed must be enforced.

Whether we are ashamed or not, we will forever be known as Exeter students/graduates and as a result, we need to reclaim its name, not just for employment reasons but for the sake of our university's pride and dignity. More importantly, everyone is entitled to feel safe and included. 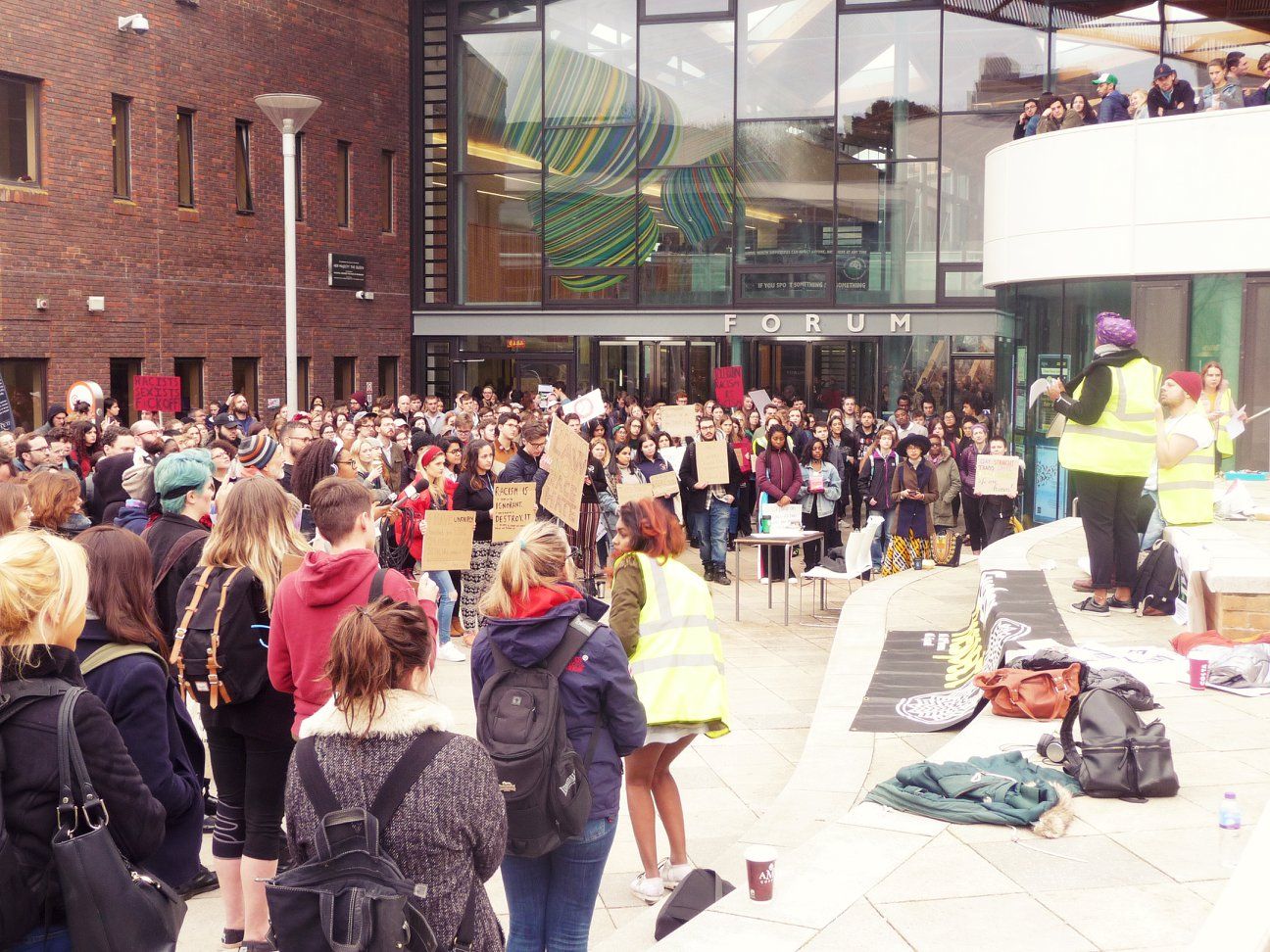 As the story develops and claims are investigated, the dialogue must continue. An honest approach must be had as we move forward. Nothing must be ignored or forgotten.

In the distressing and heartbreaking situation in which we find ourselves, we'd do well to cling to the hope that better things are to come for our beloved university.