Exeposé is annoyed about something again, shock

The student-led occupation of Northcote House has been big news in the last few days. After 50 hours of struggle, it doesn't look like anyone is backing down.

You would think this politically driven drama would be top of the list of priorities for student media outlets, but not Exeposé. 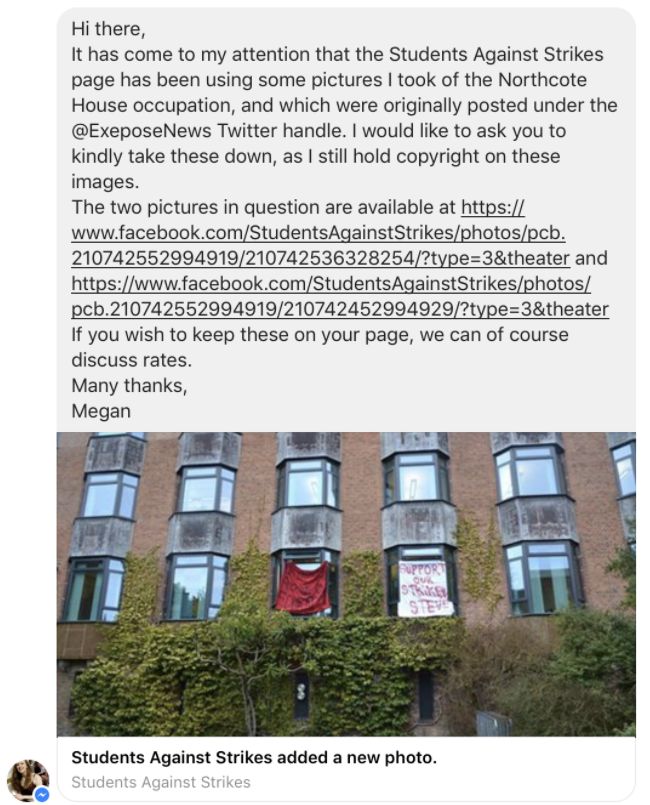 They've been too busy starting arguments with the organisation Students Against Strikes over the use of their picture.

Following the occupation, SAS used a non-watermarked image from the Exeposé Twitter account for one of their Facebook posts. Exeposé were not happy, and when SAS suggested they report their concerns to Facebook they demanded money.

SAS took the demand really well and were only too happy to comply.

Big Macs at the ready: McDonald’s is re-opening in Exeter!