There were also white supremacist slogans scrawled in Llewellyn Mews

It has been reported by Exeposé that a swastika was recently found carved into a door on campus at Exeter University.

The Nazi symbol, banned in many countries around the world, was sighted in the Birks Grange Village halls of residence on the Streatham campus.

Images were obtained by Exposé of a large swastika carved into a door in Birks. 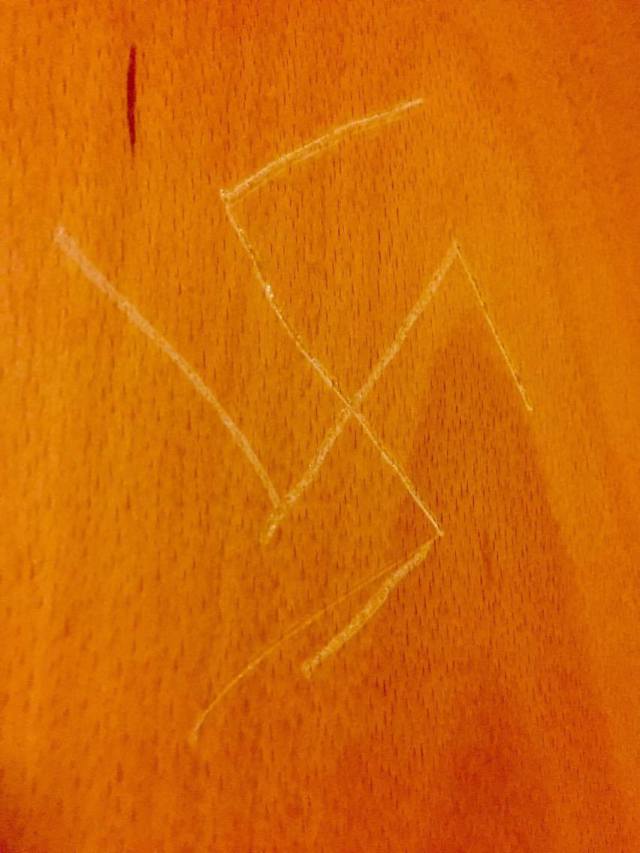 In a statement, the Exeter Socialist Students said: “We are mortified and outraged at the swastika found at Exeter. Fascism is blight upon the world and must be challenge upon every level. It is horrifying that the iconography of such evil is present here at Exeter.” 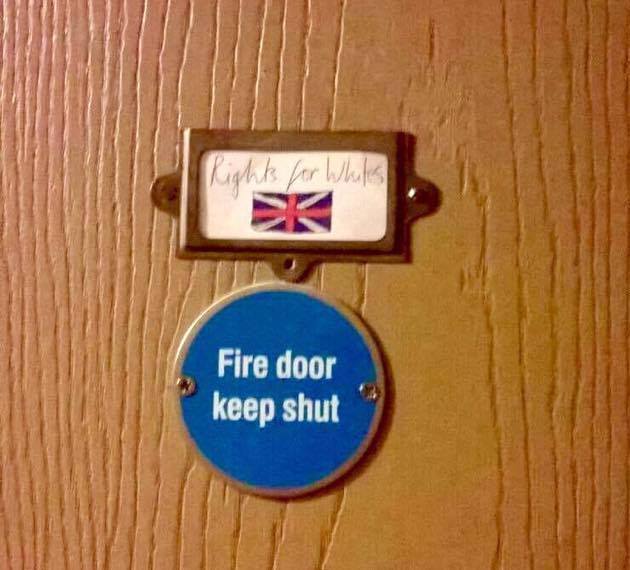 As Exeter students embark on a week of SABB campaigning, many of those running in the election have preached the importance of tolerance and acceptance at the university.

The topic of diversity at the university is particularly relevant following the incident last term in which students at a Snowport social were spotted sporting T-shirts with “Don’t speak to me if you’re not white.”

Following the revelation, the university’s Athletic Union banned any socials that included white T-shirts whilst the university launched an investigation into anti-semitism on campus. The events were reported on the BBC news website and covered by many others.

Current VP Welfare & Diversity, Alec James, addressed the issue of the recent swastika by describing it as “unacceptable.” He also told Exposé that meetings would be arranged to insure that this did not happen again at Exeter.

Public Secretary of the University of Exeter Jewish Society, Mark Kiner, told Exeposé:  “As far as everyone in the Jewish Society knows, the University hasn’t done anything about it. It’s unfortunate because Exeter does have a reputation, especially amongst Jewish parents.” 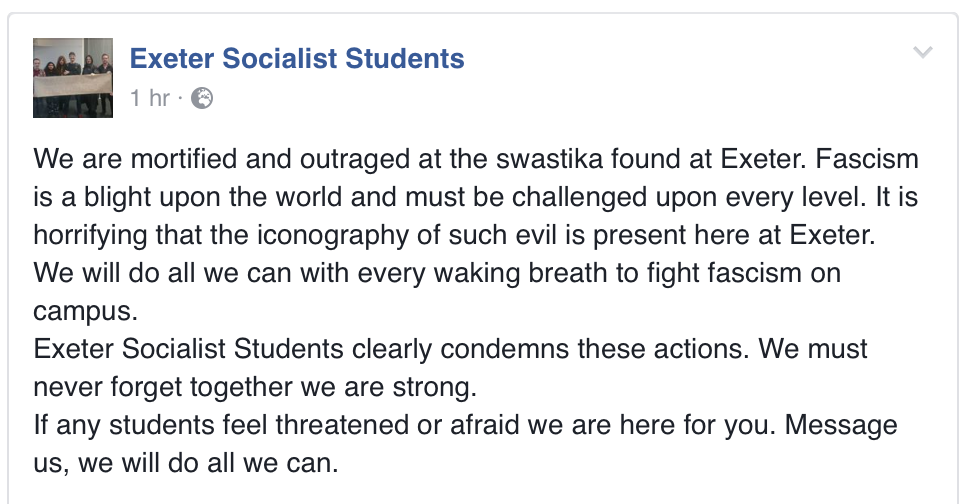 Since Exposé reported the carving in Birks, it has been removed by the university and an investigation has been launched to determine who was behind it.

Whilst it is yet to be known who is responsible for the swastika on campus, it remains clear that such behaviour will not go unnoticed in Exeter.