Why Exeter should have been everyone’s first choice

Because what would life be without Forum and Firehouse

We’re better than an insurance choice but often overlooked when deciding on the first. We’re smarter than those at Leeds but less boring overachievers than the Durham lot. (Doxbridge is not a thing, btw). We’re not all competing to out-edge each other and even those in Point Exe seem to be having a good time.

We have academic prowess

According to the Sunday Times, we’re ranked seventh in the UK, and supposedly have a higher proportion of graduates in employment after leaving than St Andrews and Durham. Clearly an abundance of pretentious dinner parties and black tie balls doesn’t mean they’re any more intelligent than us.

So, despite the fact that our workload is definitely easy to manage (unless you’re doing it wrong), most of us will leave here with impressive degrees and above-average job prospects.

Time to move back in with mummy and daddy

With more Co-Ops than sober locals and a huge range of fast food to satisfy every craving, the EX4 cuisine is second to none. And it’s all located on one high street.

We’re probably Deliveroo’s biggest customers yet we’re also suckers for a meal deal. And despite our South Western location, most food is at student friendly prices. Can anywhere else boast a restaurant on campus that’s home to some of the best curly fries in the UK for under 2 quid?

For those of us who’d rather spend more on food (we are Exetah after all), there’s the weekly market on Forum Hill serving everything from sushi to tzatziki. Oasis falafel wraps ftw.

Really, if you’re not at one, you’re missing out. Lectures (if you go) are easily to get to, as is our palace, the Forum. You start recognizing more and more faces and it can feel like you know everyone you walk past. Good luck avoiding anyone you want to.

But with everything a maximum 20 minutes walk away, we don’t have to get the bus everywhere and can get even more intoxicated at night knowing the journey back is so easy. Most of us will work in big cities, so why not spend our last 3 years of freedom in a bubble? 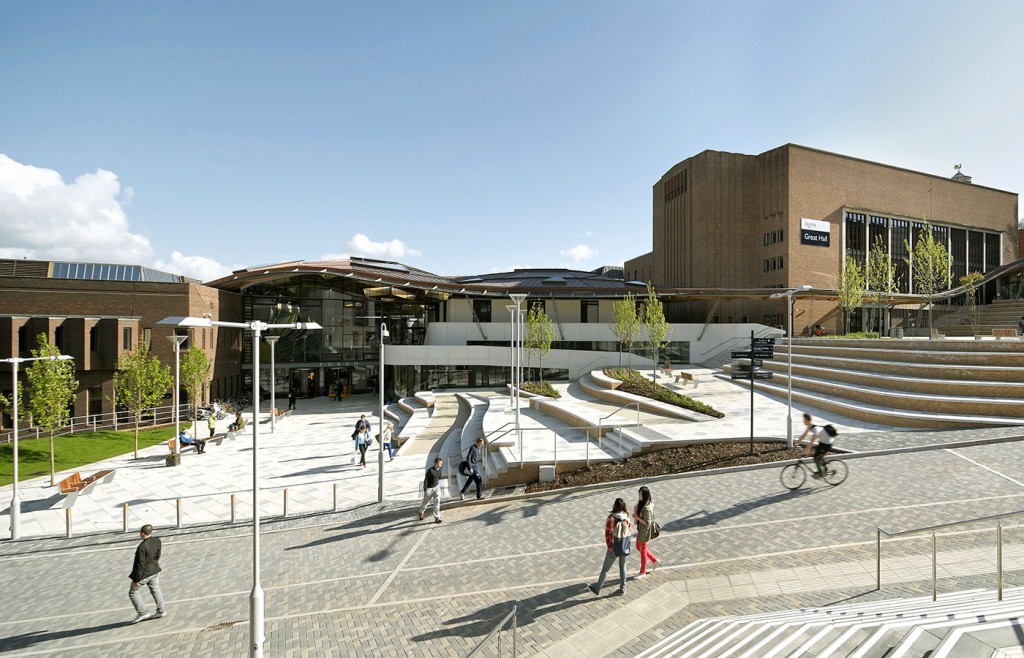 Our nightlife isn’t as minimal as widely believed

Ok, so the Lemmy is sticky and Moz is tacky, and there are less clubs than weekdays, but our clubbing seen is diverse(ish) and has plenty to satisfy the tastes of every clubber. The amateurs love Cheesys, there’s Cavern and Cellar Door for the alternative vibe-seekers, the privately-eduated social climbers belong in Moz, the die hard Yakkers in shitty accommodation would have their ashes scattered at the Lemmy and the horniest head to top-top at TP. Our all-day alcohol tendencies are satisfied by our wealth of student friendly pubs, and being in Devon provides us with the best cider around. 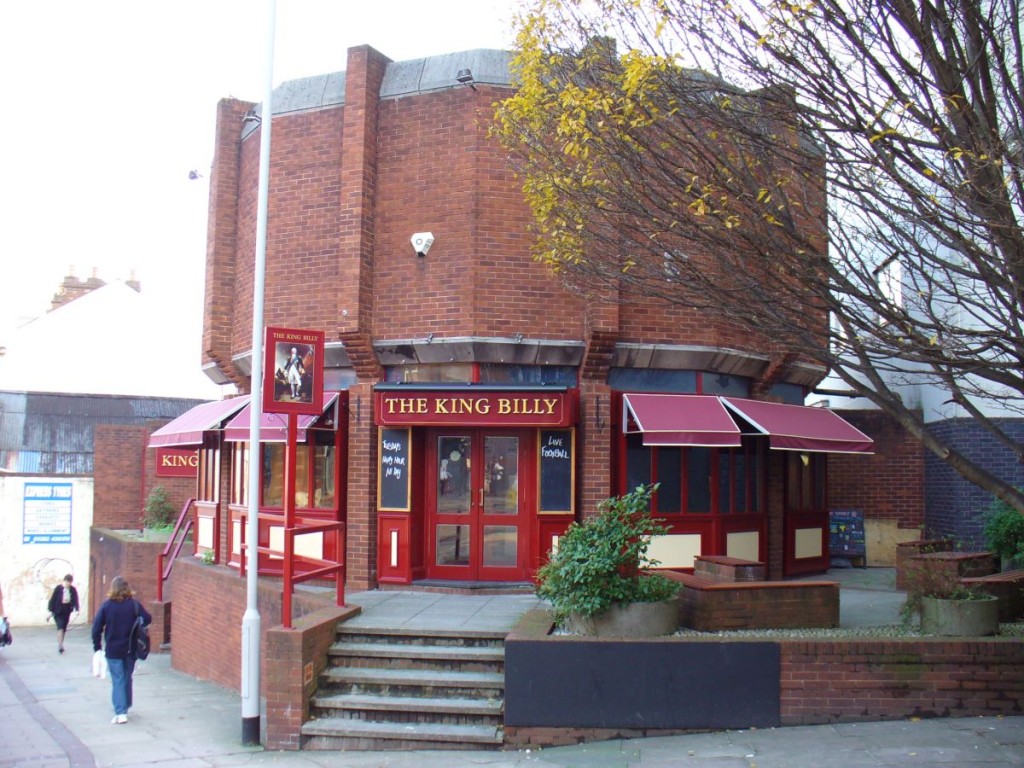 Where else can one get methy with the locals?

Yet, our reputation for a lackluster nightlife ensures we avoid the masses of Nike and snapback obsessed wankers that end up in Bristol. We’ll also leave with our brains still mostly in tact having not snorted our 3 years away.

Being otherwise known as Sexeter means that no matter the quality of the clubs, it’s easy for the night to reach its climax later. Coupled with our thriving Tinder scene and being home to ‘the easiest club to pull in Europe’ according to Tatler, it’s the perfect scene for our multitude of sexually frustrated students.

The guy above my room gets lucky a lot, I hear unpleasant grunts most nights. 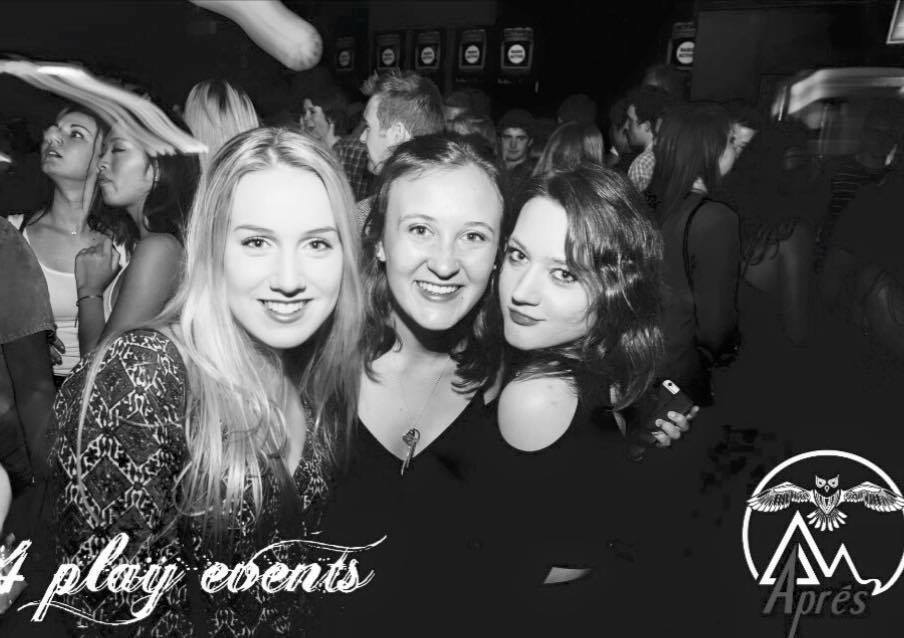 Such as try hards, or Oxbridge rejects. Brookes is basically a dumbed down Exeter. And just because we like our Deliveroos and expensive clothes doesn’t make us any less lovely people. I’d rather see Barbour’s and rugby hoodies all day than bucket hats and vapes. 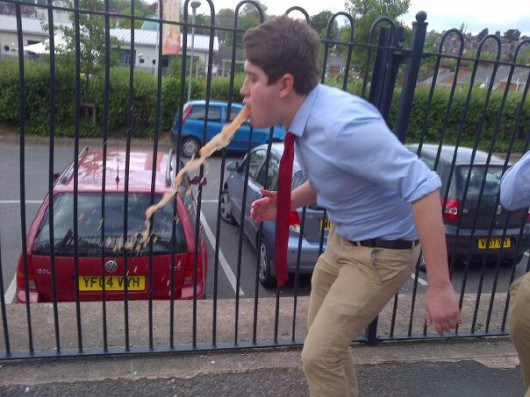 Exeter is basically just hill after hill, so we can eat as many Dominos and strawpedo as many VKs as we like knowing we’ll stay relatively in shape.

And having such highly ranked sports teams means the members are more than pleasing on the eye.

We have some claims to fame

The resemblance may be hard to see, but Gandy Street did in fact inspire J.K Rowling’s Diagon Alley in Harry Potter, and Firehouse the Leaky Cauldron. David Tennant filmed Broadchurch in Forum and Radiohead’s Thom Yorke supposedly wrote Creep on the Lemmy loos too. 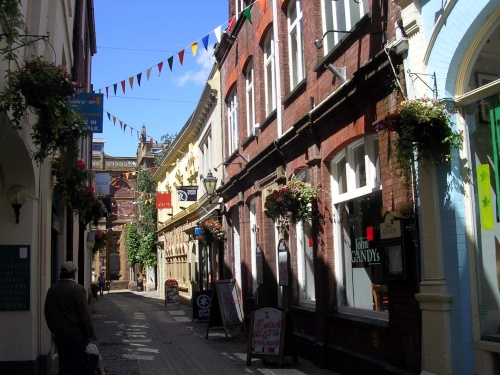 We’re in the South

Screw the North, we get far better weather and the journey home is simple because we all live in the South of England. We’re also far away from all the annoying people we want to avoid at other unis- the only drawback is our proximity to Plymouth.