It goes without saying, but there’s something very wrong with slutshaming the girl in the TP video

We all know the horror of waking up after a social with an empty takeaway box at your side and little memory of the debauchery from the night before.

We all know how it feels to have friends tease you about the dodgy rugby lad you kissed under the TP clock or the stupid texts you sent your ex. However, what we don’t all understand is the feeling of waking up with a phone full of Yik Yaks gossiping about your life choices.

There are only two people in Exeter today who know how it feels to be filmed in a sexual act at TP. To then have said video shared with hundreds of people and be criticised for your actions is quite possibly a hungover nightmare. 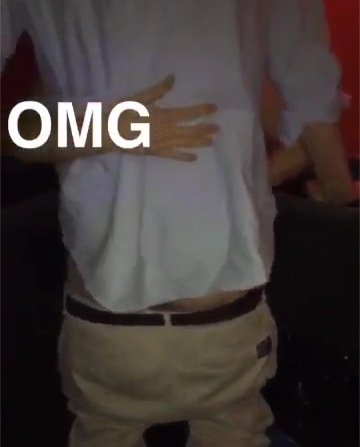 A lovebite you can hide. A video gone viral of you giving a guy a hand job in public is a little harder. The truth is, while the unknown guy in question is being labelled a hero, the girl is being branded a slut by people she has never even met.

Enough with the whore label already. This girl made her choices and should be allowed to live with that without being judged. How is it still the case in 2016 that a guy can get something from a girl and then she comes away with a tarnished reputation? 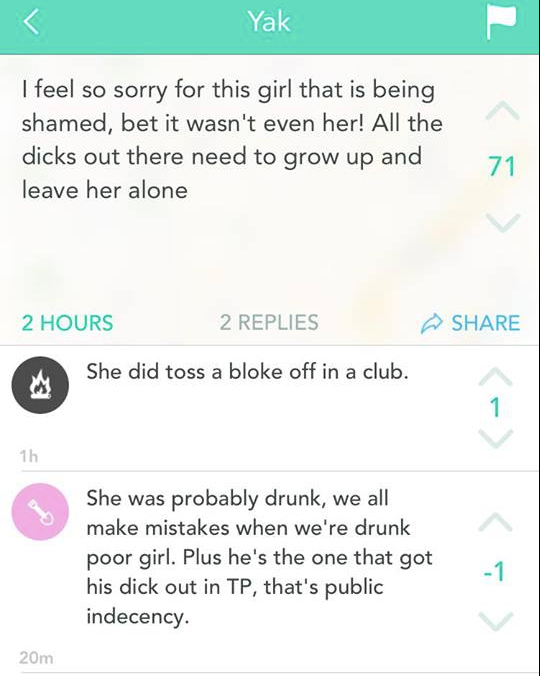 With the caption of the video simply reading ‘OMG’, this video perfectly demonstrates the double standards when it comes to sex in an increasingly sexualised university environment. Whether you’re a feminist or not, you cannot deny that women are talked about for doing things and talked about for not. Face it, some girls still feel as if they’re expected to be sexually promiscuous under a demure exterior.

Whatever your opinions on public displays, keep them to yourself. She’s probably feeling embarrassed and vulnerable enough without further slutshaming. If you can’t help but criticise then cool but take them both into account and refrain from slamming her while awarding him lad points.