The cult of the ‘busy third year’: Being a finalist is no excuse for being boring

You don’t even have that much work

There is a crippling ailment which plagues many final years across the nation: becoming perpetually Too Busy.

You may have lost some friends to this, or even shown symptoms of it yourself. These usually involve the excuse of having too much work to go out or do anything with your friends. 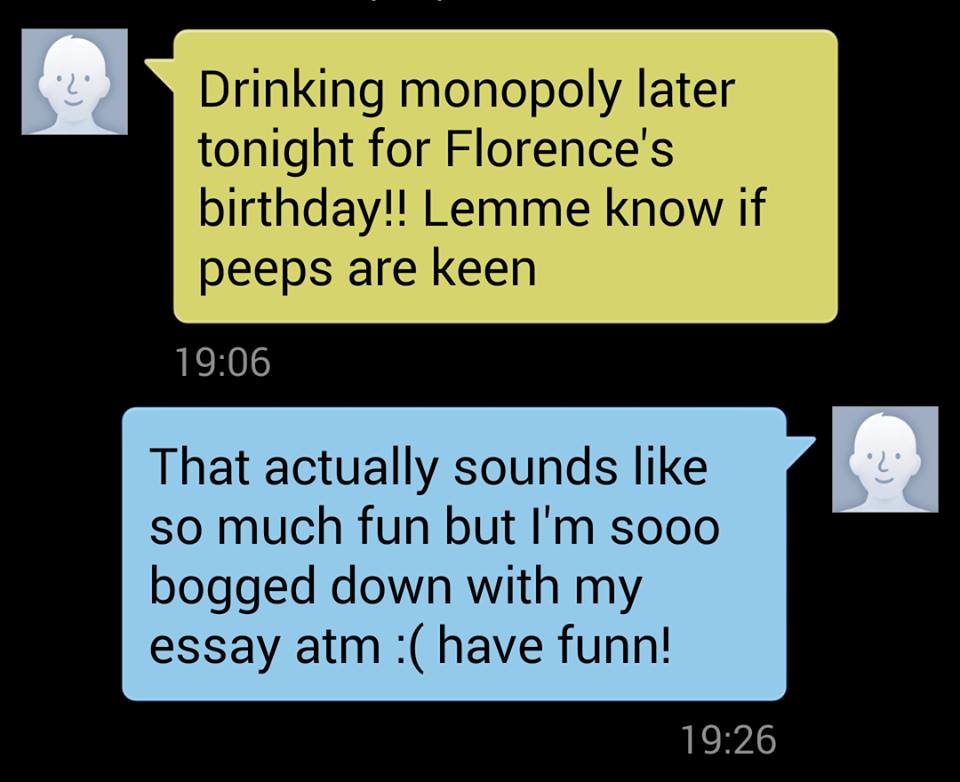 Those who once revelled in going out clubbing at a moment’s notice and spending entire, glorious days at the pub underwent a striking transformation once the word “dissertation” started appearing on their emails from the uni.

From then on in, every second of free time must be spent in the library, because they have suddenly realised that they might want to leave at the end of this whole charade with a decent degree.

Except that’s not what happens.

What happens to those third years who are Too Busy is that they are so consumed by stress of the revelation they will soon graduate and have to make something of themselves that they spend 100% of their time stressed and only 8% of their time actually doing anything productive. 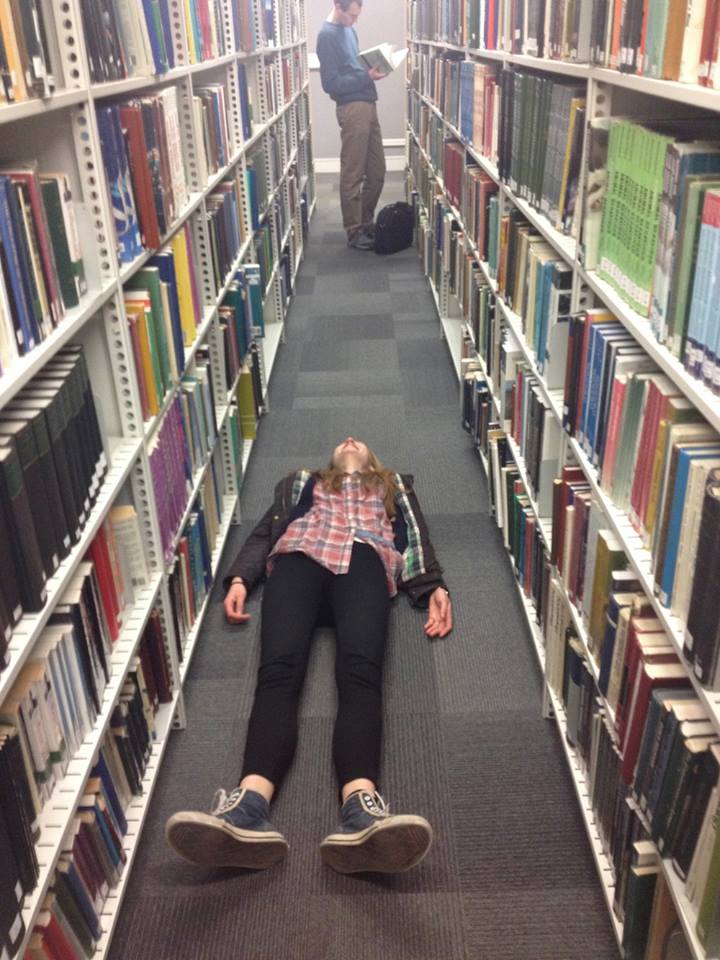 With this comes the worst offence of all: being Too Busy to be fun. Suddenly, every waking moment is one that could be spent in the library, and little by little, it gets worse and worse: you don’t go out with the rest of your friends because you want to get an early start on your essay and, who knows, you might even get some work done that evening.

But you don’t, obviously. And then you have to cancel further plans to make up for the guilt resulting from spending the evening watching Netflix and eating an entire packet of chocolate digestives instead. 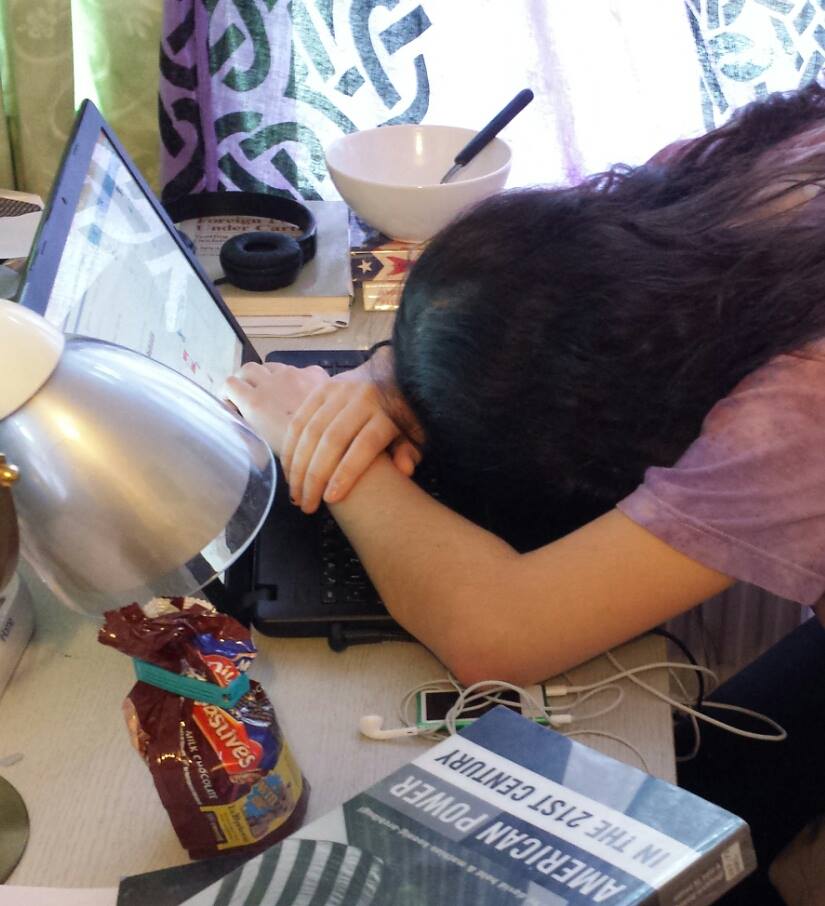 It doesn’t have to be this way

As the year progresses, it only goes downhill. Your housemates didn’t go out with you that one night your friend from home was down, and then eventually your best friend informs you that they’re Too Busy to come to your birthday meal out because dissertations are due in two months time, they’d like to get a draft done, and that very evening is the perfect time to do it.

However, the real tragedy is that with all this time that these poor souls have spent hauled up in the library on a Saturday night or not going on that weekend away, they’ve probably gotten very little done, and only arrived at that situation due to very poor time management skills. 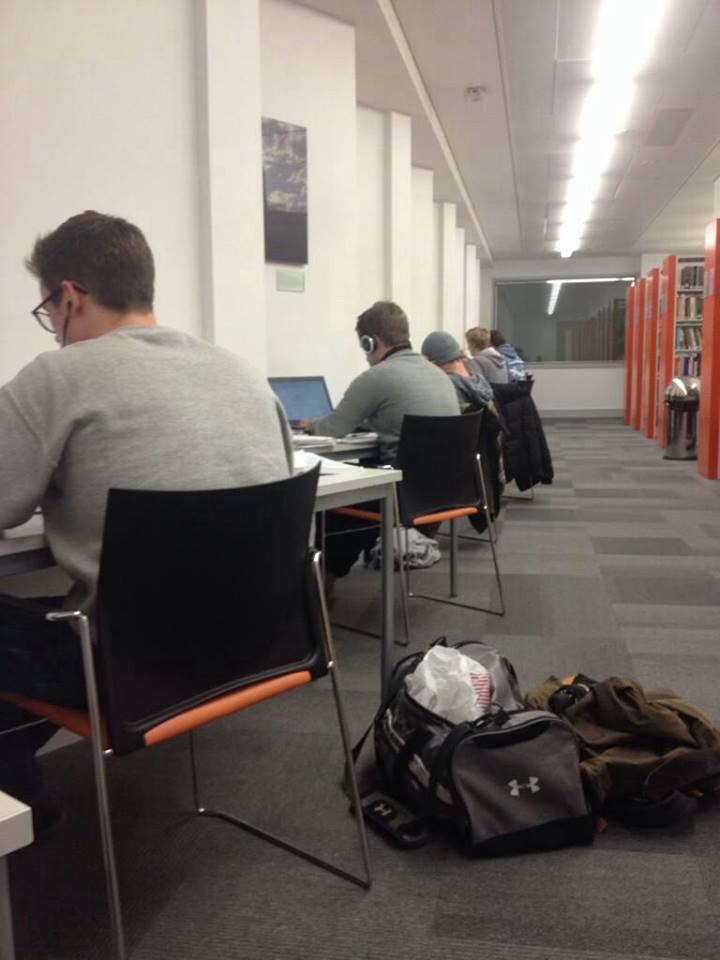 Some boring final years at 3am

Let’s be honest, you’ll never have as much free time in your life as you do at uni, and in final year there’s even less contact time. You probably don’t even go to half of your seminars. So because you chose to use this free time to sleep in until midday and then feel guilty about your unproductive day in the evening, you’re going to forego nurturing the friendships that you spent the past three years cultivating?

If you actually spend all the time throughout the year being busy when you told people you were Too Busy to go out, then you would certainly be able to spare a few hours to actually enjoy your rapidly ending days as a (supposedly) carefree student.

Basically, in the grand scheme of things, the workload is not that bad. Honestly, it isn’t impossible. Thousands of graduates have been through these very motions and managed to drag themselves out the other side with a 2:1, and you can too, while still making time for enjoying your youth. 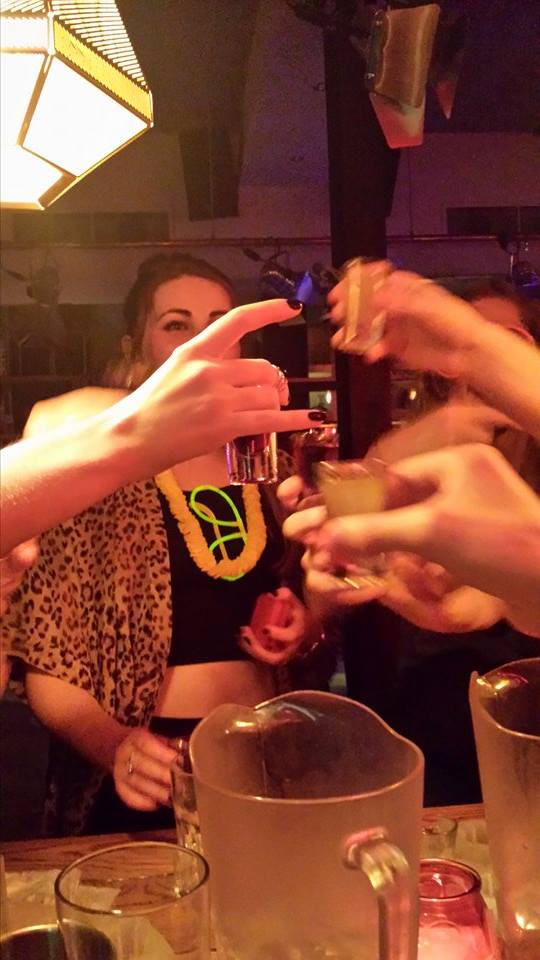 nothing wrong with blowing off steam

Save your excuses of being Too Busy for when it’s true: when you sell your soul to the corporate world in a few months’ time for a job you hate, working ten hours a day and commuting for two more. You still wont have enough money to go out as much as you do while you’re a student, and you’ll probably hate everyone around you anyway.

It’s not too late to stop being Too Busy. It’s only downhill from here after all.