In Defence of the Posh Twats

We’ve all seen them. Holland hall kids, striding into Mosaic on a Monday night. They think they’re better than everyone else, with their fucking red trousers and tweed blazers, throwing money at the bartenders like it’s loo roll.

Unfortunately, I am one of those Holland tools.

The Holland hall hatred is truly infectious. During fresher’s week it was clear that the preconception spreads fast. Talking to someone outside the Lemmy (yay), and after being asked which halls I am in, my response was greeted with a sigh and a grimace. Even four days in, it was clear that the myths about Holland hall are extremely quick to influence our innocent, fresher minds. And nothing seems to have changed two terms in.

Although I’m sure it’ll be a fairly controversial topic, I’m writing to defend the Hollanders. As far as I’ve seen, the on-campus perception of Hollanders as ‘Jack Will’s-wearing-posh-dicks’ is not particularly true. As with every hall in Exeter, Holland presents a diverse set of people, most of them being extremely friendly and well intentioned.

Holland Hall-ers are as simply charming as everyone else you’ll meet in the Lemmy.

I am by no means saying that every single person in Holland is like this. I’m sure if you looked in the right places you’d find people who exactly fit the stereotype. But, then again, when has anyone ever been to another hall and not met someone who is just a bit of a douchebag? 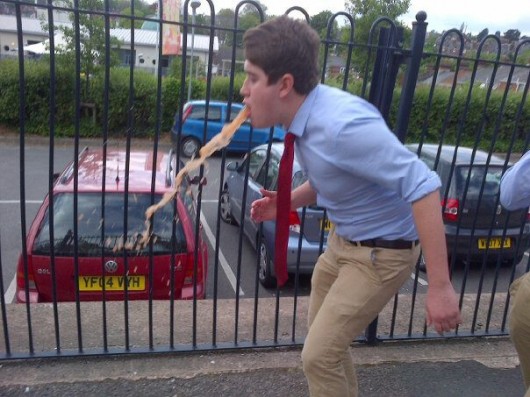 He could live anywhere. Honest.

Besides, outside of campus life, it’s not like journalists want to portray Exeter University as a whole in a complimentary light (like our lovely friends from The Daily Mail):

Quoted from the Daily Mail:

‘They stand out a mile even when they are trying to look more ordinary. They have all got the obligatory signet ring on their little finger.’

‘I think the problem is that some of them have got more money than sense and party hard, which they seem very proud of. Some of them have been so heavily spoonfed that they can’t think for themselves. I think they go off the rails a bit here because no one is telling them what to do, where they should be and when.’

At the end of the day, who really cares what halls anyone’s from? I certainly don’t. To keep pushing a stereotype, that really only applies to tiny minority, is just the kind of closed mindedness you’d expect from an archetypal Holland hall wanker. Or, as a fellow Tab writer claims Hollanders were called at his ‘Battle of the Halls’ a few years back, ‘heated-towel-rail-c**ts’.