Farage on the lash in the Ram

Returning to Exeter for the first time since 2011, when he took part in a Politics Society hosted Q&A, Farage gave his leader’s address in the Great Hall.

Throughout the day, other party members hosted training events around campus, including public speaking training in the Peter Chalk Centre. 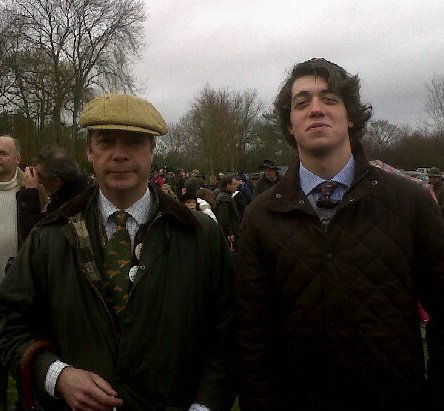 Explaining that UKIP’s following is steadily increasing, Farage – whose son, Sam, is an Exeter grad – spoke about the “buzz” his party is currently generating.

Farage suggested that his party offers “positive, alternative policies,” attacking the three main parties for looking and sounding the same.

“[It] is not racist to talk about immigration,” he told an audience made up largely of Exeter students, who are famously not culturally diverse.

Farage, who is a Member of European Parliament, called for an “amicable divorce” from Europe, assuring his supporters that UKIP “wants to be friends with Europe, but does not wish to be governed.” 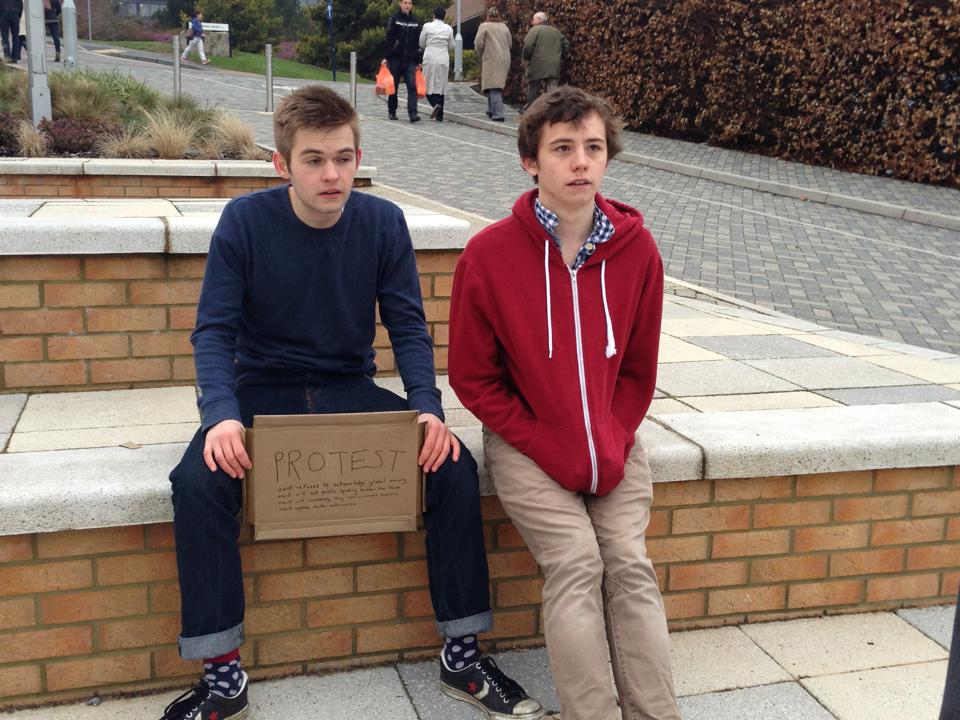 Everyone on the anti-UKIP protest

But although Farage’s Exeter visit has prompted debate among students, only two protestors showed up outside the Great Hall on Saturday.

The protestors’ poster claimed that UKIP:

After the conference, Farage and his friends hit the Ram for celebratory drinks. Although fellow Ram revelers saw no EG-ing or strawpedo-ing, they did notice a group of blonde bombshells floating around the group.