This is the moment a hockey club fresher realised he was going on a 16-hour round trip to Edinburgh. 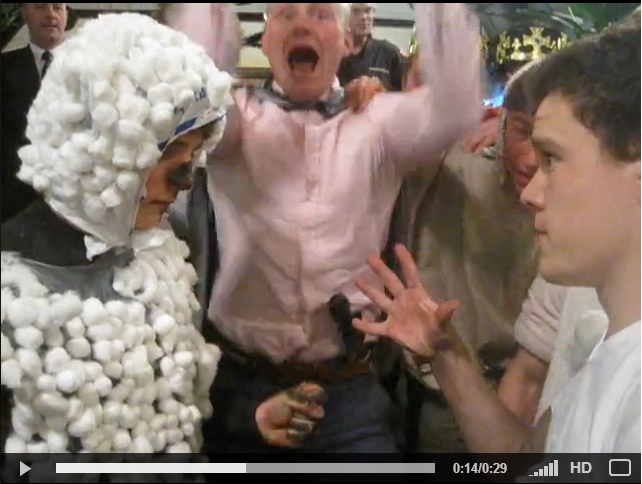 Ben Sully, right, at the moment of defeat

Forty freshmen started the mass game of Fives, which sees the loser catch a train from Exeter to Edinburgh and back again in just one day.

Sully, a main site fresher, faced second teamer Tom Abell in the final. When the intrepid keeper held out five fingers as Abell guessed “five”, he was off to Scotland. 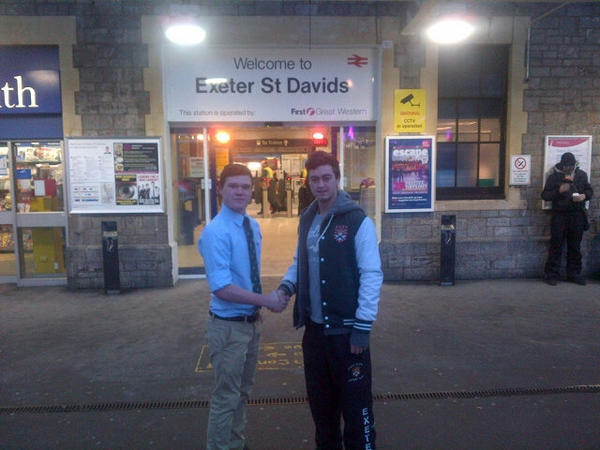 Sully being sent on his merry way

The freshman departed Exeter St David’s on the 08.23 on Thursday morning. He arrived in the Scottish capital at 16.05.

He spent most of his journey north gazing out the window. 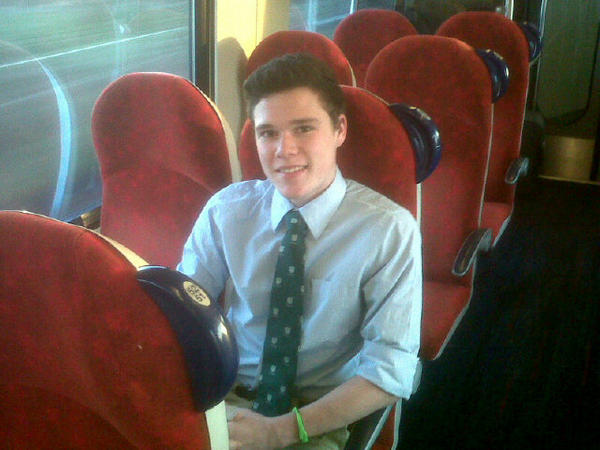 Sully in a surprisingly empty carriage

However, in a heartwarming twist, Sully was greeted at Edinburgh station by Edinburgh Uni hockey players. The club heard of the Exeter fresher’s journey on Twitter and were on the platform to present him with a bottle of wine, chocolates and a bunch of flowers. 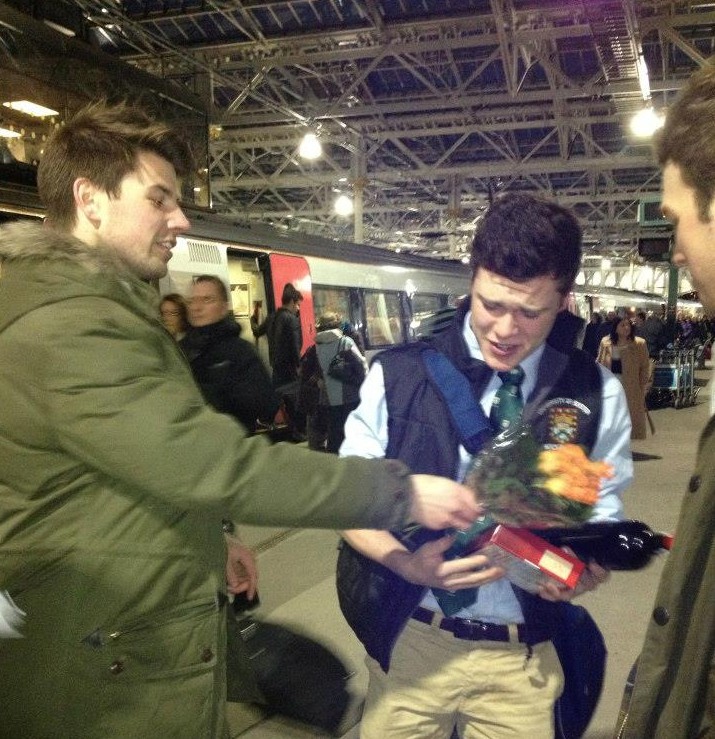 It was Christmas come early for the Exeter freshman

Edinburgh picked up a re-tweet from Team GB hockey player Dan Fox as news of the fresher’s journey spread across social networks. The Edinburgh club is already planning a return fixture in February.

Touched by their generosity, Sully exchanged club ties with the Edinburgh players before climbing aboard the 16.52 back to Exeter. He arrived at St David’s at 00.55 this morning. 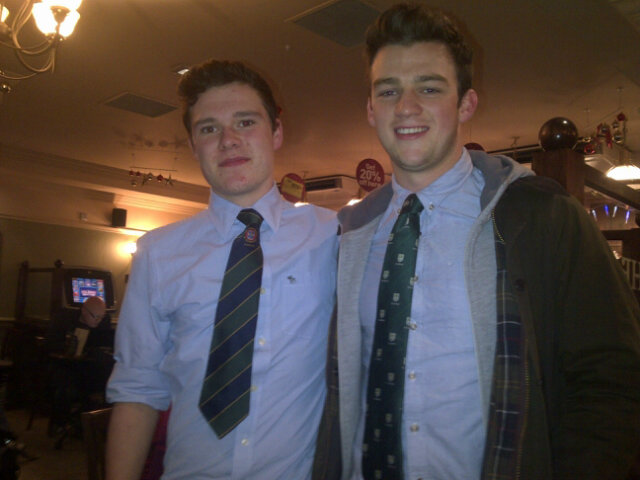 Return tickets to Edinburgh cost around £170. Don’t worry though, the fresher wasn’t left out of pocket and he was awarded a new club tie on his return to Exeter. 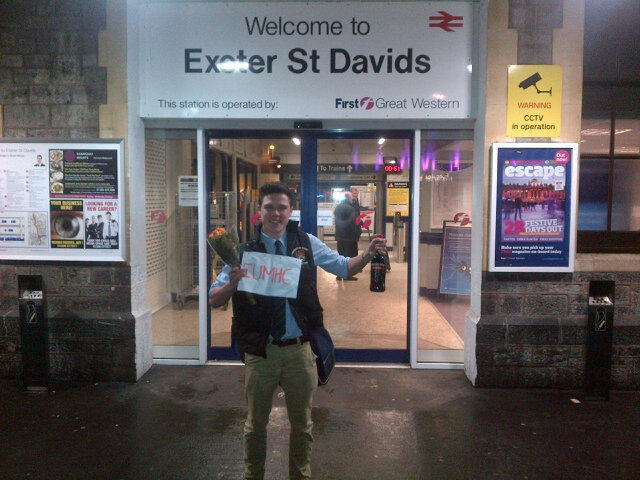 Exeter hockey club captain Andrew Miller said: “Edinburgh Fives is an annual game and it’s great that this year our Edinburgh hockey partners decided to get involved. Exeter hockey club look forward to welcoming one of them to us in February.”

The Tab salutes fresher Ben Sully and Edinburgh’s hockey players. This truly is the spirit of Christmas.

The service comes from Bristol based charity Nilaari

The top 10 best sunset spots in Exeter, to help you up your Insta game

Exeter Uni confirms the ‘no-disadvantage guarantee’ for this academic year

Exeter students fined £200 each for throwing party at Lafrowda

The uni is also investigating

Saying goodbye to everything 2020, aside from Exeter students’ insane fashion sense

Next they’ll be asking people to sponsor a student for just £1 a week!

She has now apologised for the ‘unwise choice of words’

Here is what S4AM are doing

The university called it ‘disappointing and distressing’

They first disabled the comments, then deleted the post

Exeter Uni is giving rent rebates to everyone in halls

Some groups have been made exempt

Charity shop and Depop queens: The sustainable edition of Looks in Lockdown

Sustainability is stylish: The best sustainable Looks in Lockdown in Exeter this week!

The seven types of Exeter boys you’ll find on Tinder

Lockdown has been hard on all of us

Everything you need to know about Exeter Marrow’s naked calendar

Pole fitness and the Exeter Demons have both got involved!

‘I did it for the boys’: Exeter uni’s best Movember ‘taches and haircuts

Exeter raised the most money of all UK unis!

‘One thing that would justify full price tuition fees would be putting our fees towards wellbeing spending, but they haven’t even done that’

Block colours are all the rage: The best Looks in Lockdown from Exe students this week

Back for round four, lockdown 2.0 edition