Breaking: CMB has been occupied

Staff-Student Solidarity Network Edinburgh has this morning declared they have occupied the Chrystal Macmillan Building (CMB) in a gesture of solidarity with striking lecturers and university workers.

The takeover of CMB, home to social and political sciences staff and students, comes following a failed three day occupation of Appleton Tower, which received significant backlash from students.

They have also clarified: “We will not stop disrupting the university until our demands are met”. 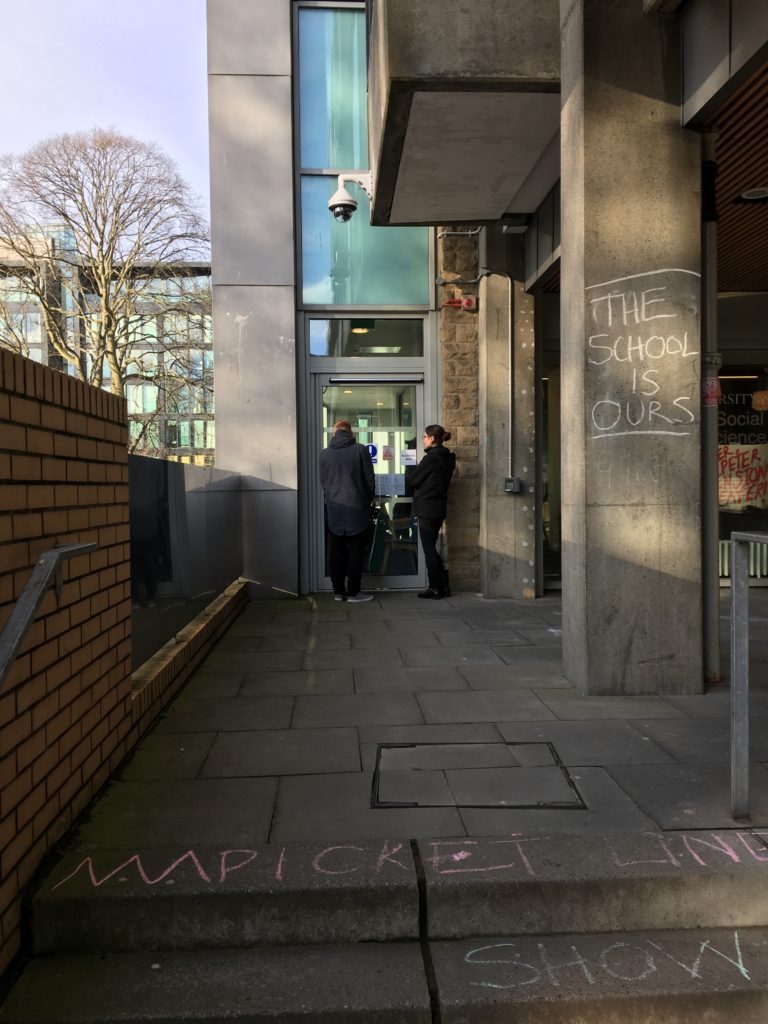 Entrances to CMB have been barricaded, and a checkpoint has been set up by one of the doors where students who have covered their faces with bandanas monitor who can enter and exit the building.

A University of Edinburgh spokesperson told The Edinburgh Tab: “The University respects the right of people to protest lawfully and peacefully.  We are working hard to relocate affected teaching and other activities to other areas, and to ensure the safety and wellbeing of all our students.

“While we understand the strength of feeling expressed by some of our staff and students over the issues that have led to industrial action, we have a duty to the entire University community to keep any disruption to a minimum.”