‘They can’t stop us all’

An informatics student has made an event on Facebook calling for students to liberate Appleton Tower from its occupiers.

The building, a beloved second home to informatics students across the university, was taken over by members of Edinburgh’s Staff-Student solidarity network in the early hours of Wednesday morning.

The organiser of the Facebook event, titled “Liberate Appleton Tower”, told The Edinburgh Tab they created it “for people to express frustration”. 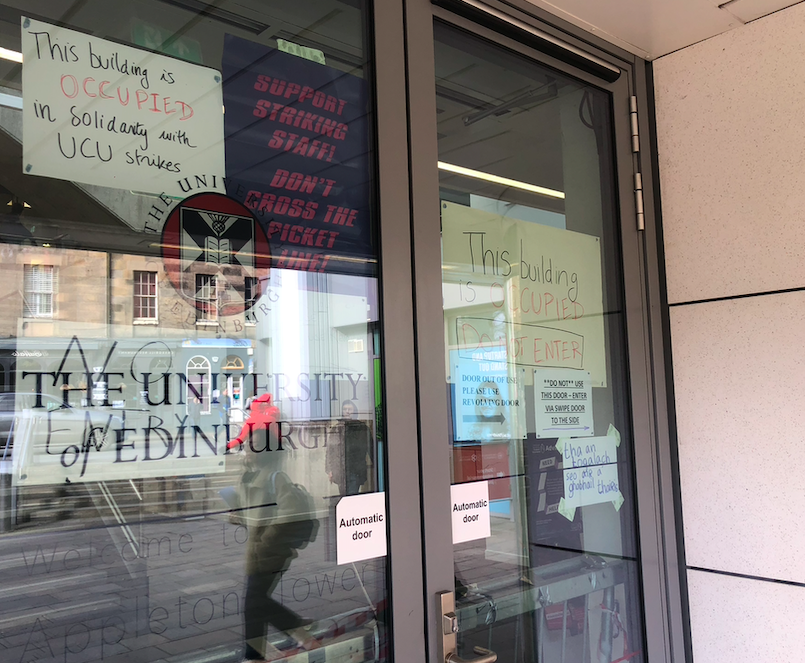 The Edinburgh Tab spoke to the event’s organiser, who has said they created it “for people to express frustration” because “we’ve had some serious disruptions to study”.

The organiser also said: “I don’t really have an opinion of the occupiers, I’ve walked right past them with no issues.”

Their relaxed attitude is more than can be said for some other Edinburgh students, with recent Edifess posts showing strong backlash towards the occupiers. 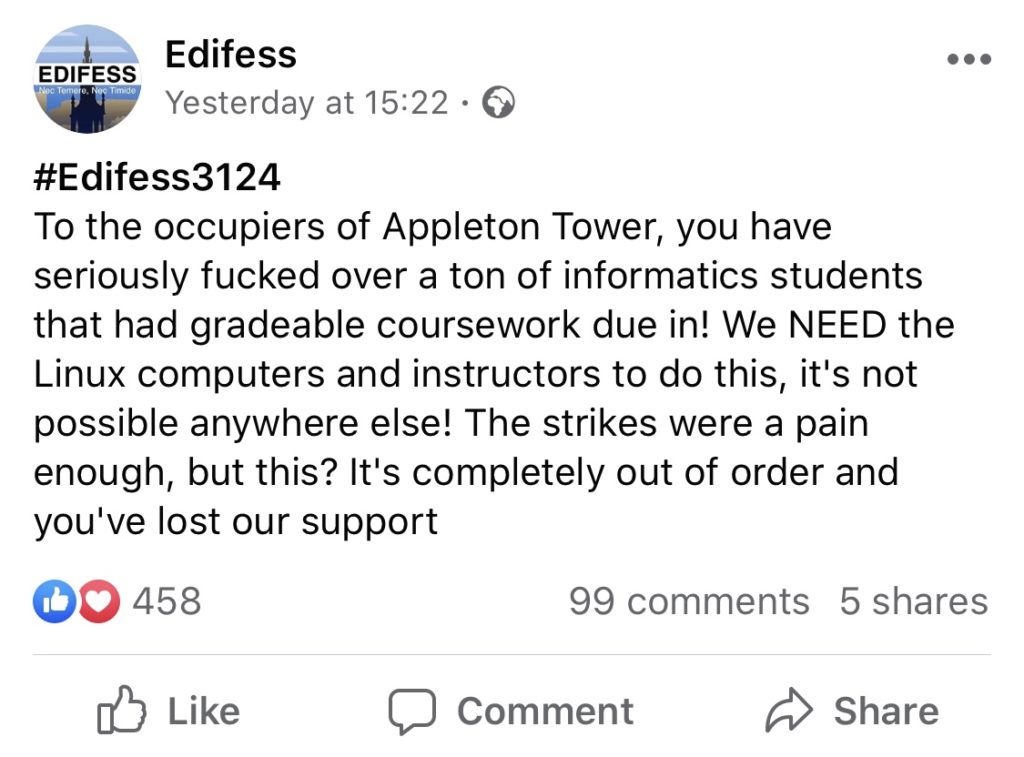 Adding fuel to the fire

The software required for informatics students to complete their coursework can only be found on the computers in Appleton Tower or in Kings Buildings.

The informatics student organising the raid said: “I understand why the occupiers are doing what they’re doing, but I think some more thought into how they are affecting students would be nice.”

Despite the event being made as “a bit of a joke”, it seems to have caught the eye of over 400 students, with 200 having clicked “going”, and more than 200 indicating they are “interested”.

The event is set to take place on February 28th at 1pm.