‘It is not something we would support’

EUSA has denied allegations they were planning to host a screening of an anti-vax documentary at Pleasance.

An Eventbrite page for the "secret" screening was found by the Edinburgh Evening News however EUSA have claimed to know nothing of the booking.

'Vaxxed II: The People’s Truth' is the second in a series of documentaries based on the research of debunked physician Andrew Wakefield. He was struck off in 2010 for wrongly claiming that the MMR jab caused autism.

The organisers of the screening asked people to message them before sending the Eventbrite link to ensure the plans to show the controversial documentary stayed top-secret.

However, EUSA have released a public statement denying that they have received a booking for this event at all. They have also condemned the content of the documentary.

Originally, a protest was planned to disrupt the showing of 'Vaxxed II'. The following was posted on The Meadows Share earlier today to encourage people to email EUSA with their grievances. 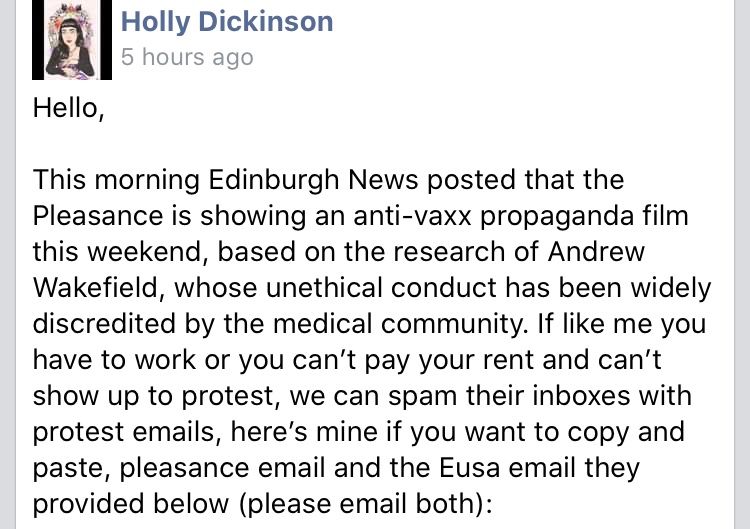 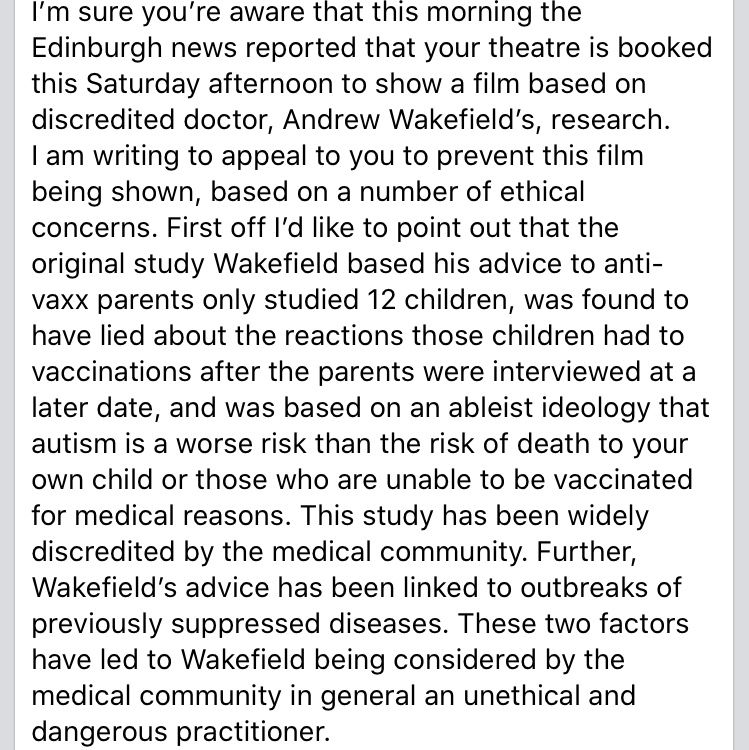 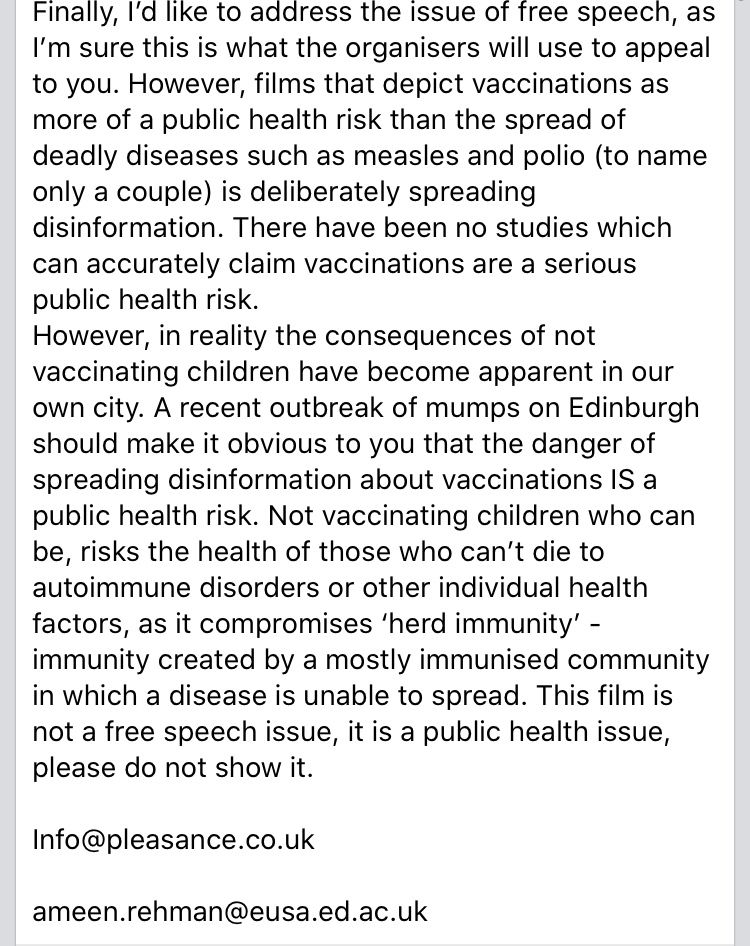 All of this controversy is happening with the backdrop of a mumps outbreak amongst uni students – both at Edinburgh and across the UK.

This is partially caused by low MMR vaccination rates amongst students due to the autism scare in the 90s. In fact, people born in the late 90s and early 00s have been dubbed the 'Wakefield generation' after the doctor that caused the scare.

B, Glad you’ve not got mumps because I want another coffeeS xo

The mumps part of the MMR jab is the least effective to begin with and two injections are needed to ensure maximum protection, according to the NHS.

Symptoms include the distinct "hamster face" as well as a fever, headaches, and joint pain.

The statement released by EUSA said: "Further to a number of queries about a screening of Vaxxed II being advertised online as being held at Pleasance on Saturday 22nd February, we would like to reassure people that we do not have a booking for this event, nor is content like this something we would support."