Ever wondered what lies behind that mysterious blue door? I went in to find out

For those who have not noticed, there is a Scientology Academy on South Bridge with a sign outside it advertising free personality tests. Many walk past it curious and maybe even tempted for a moment, but are usually stopped by visions of being indoctrinated into the Scientology world and not being able to speak to friends or family ever again. 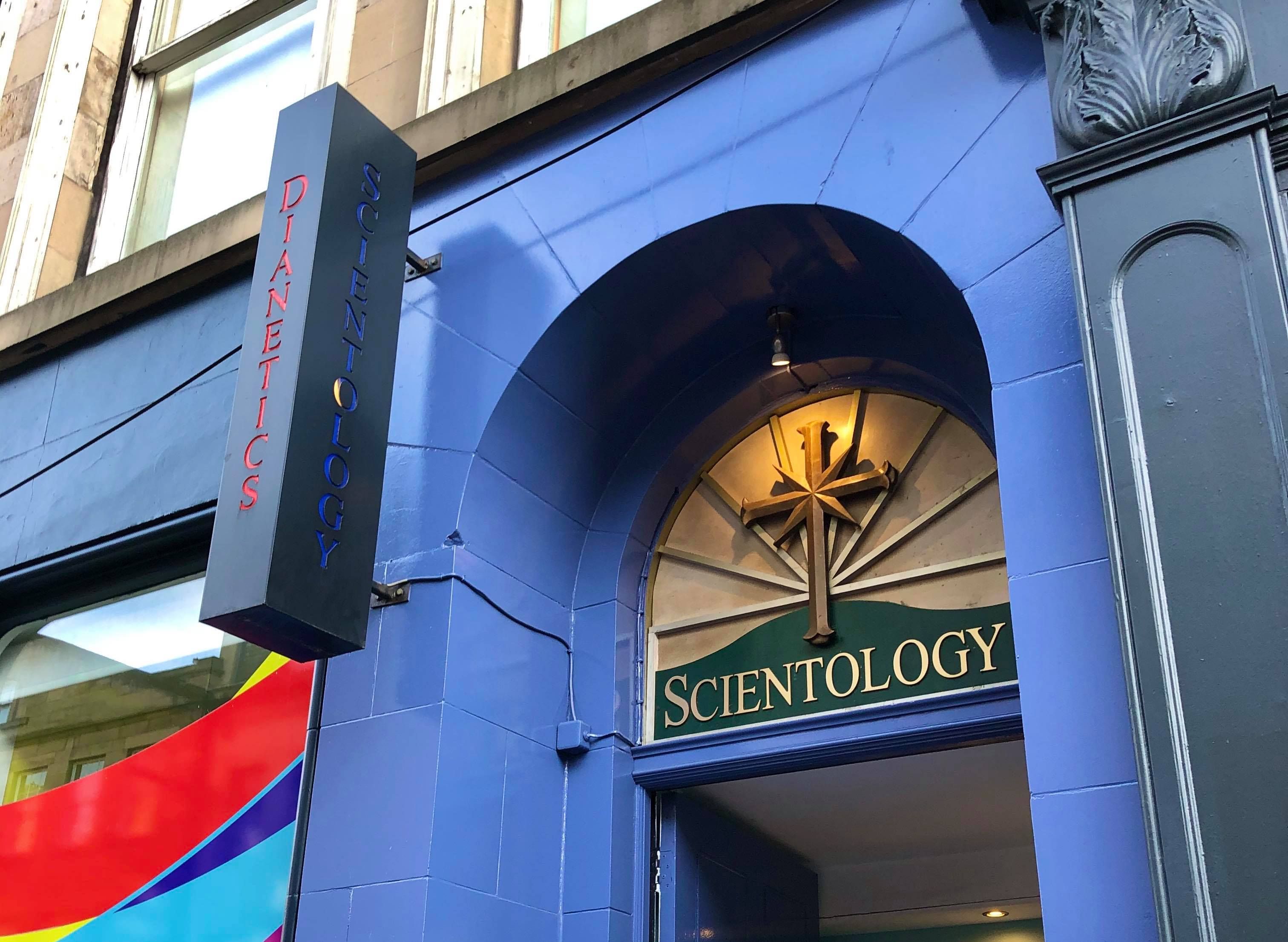 All I had really heard about Scientology before this was that it was some sort of creepy cult that Tom Cruise is a member of. Having walked past the big blue door so many times, I wanted to find out if Scientology really is as scary as we’re told.

I wasn't brave enough to go in on my own, so I recruited two of my flatmates to accompany me. At least we’ll be in it together I thought, and despite my hesitation, I went in with an open mind.

Walking in the door

The first things we came across after entering were many leaflets with titles such as ‘The truth about drugs’, ‘The truth about alcohol’ and ‘Truth News’. This again made me think that this ideology is targeted towards people who are struggling with something in their life and looking for any solution. 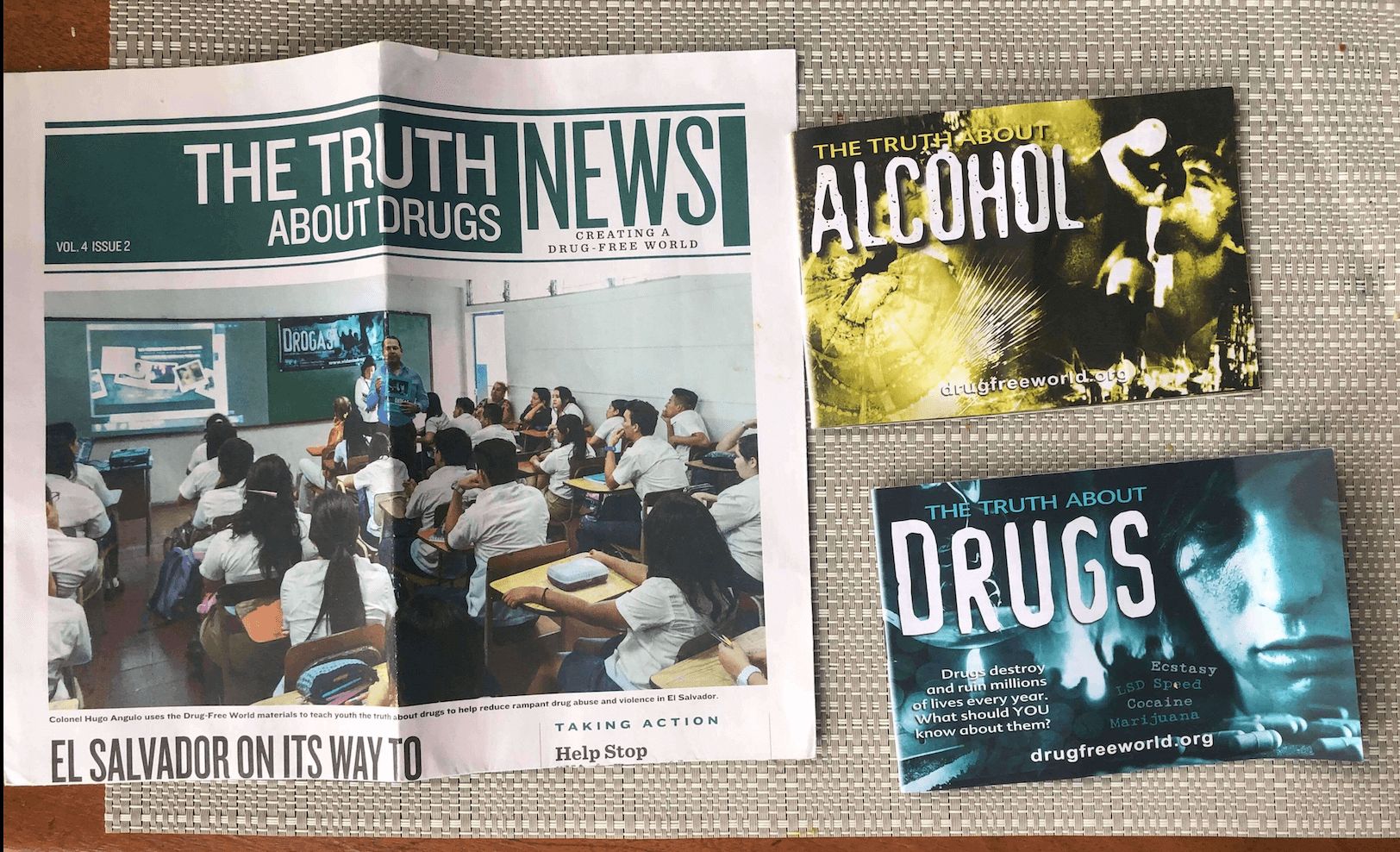 Further, if you have read Orwell’s ‘1984’, ‘Truth News’ reminded me a lot of the Ministry of Truth, an institution that imposes their own set of facts on the population. I guess this is what all news and media does, but the title of ‘Truth News’ seemed to me a bit creepy. 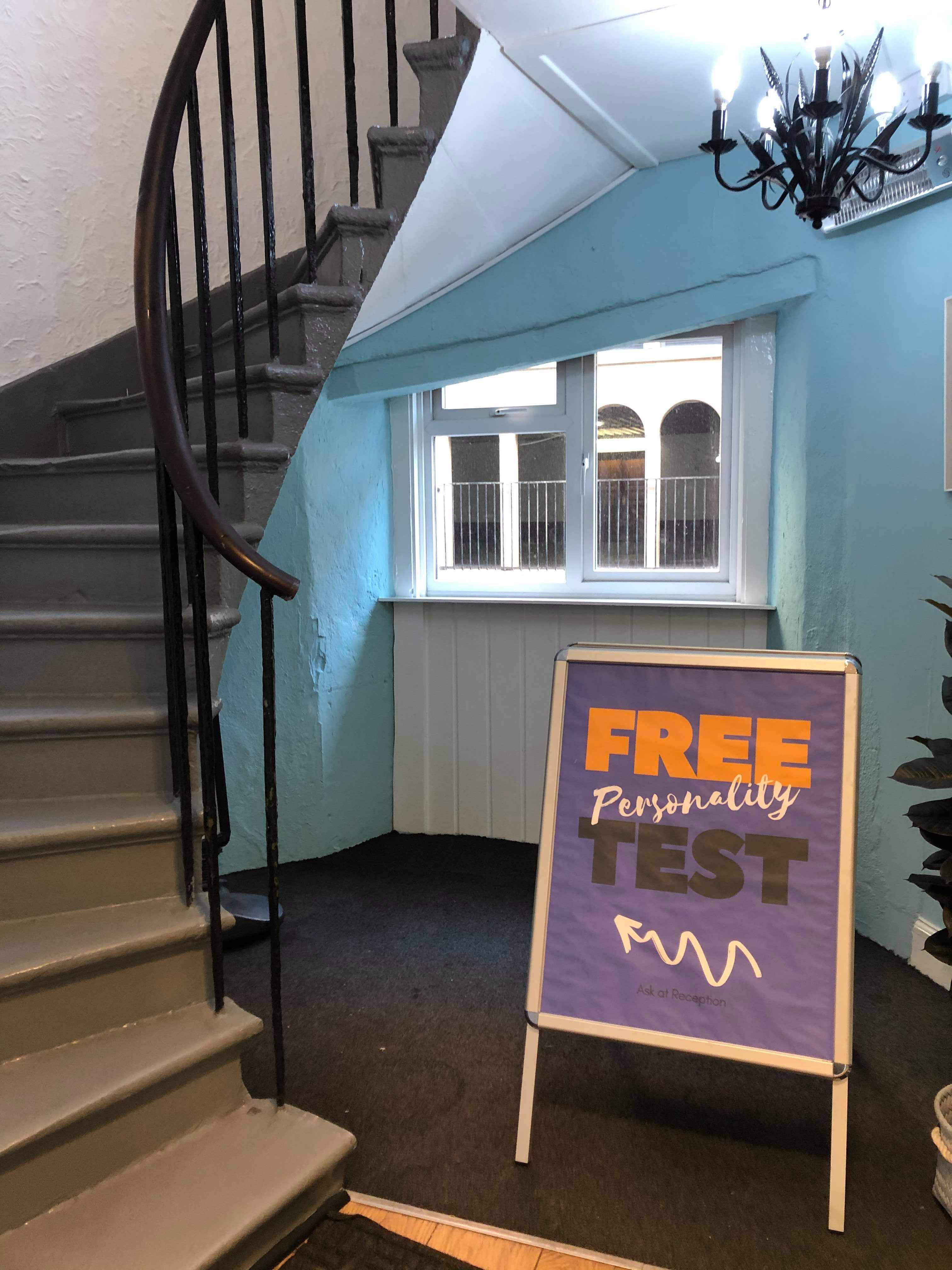 There is then a very tall spiral staircase, with more ‘truth’ leaflets. At the top, we reached the reception where we were greeted by a friendly, though fairly quiet woman. She asked if we were there for the personality test, and then directed us to a table with the papers already set out.

They give you a 200-question multiple choice test, called the 'Oxford capacity analysis test'. Of course, at the top, I wrote my name as ‘Rebecca Black’, I’m not taking any chances. Also, ‘Friday’ was a banger. 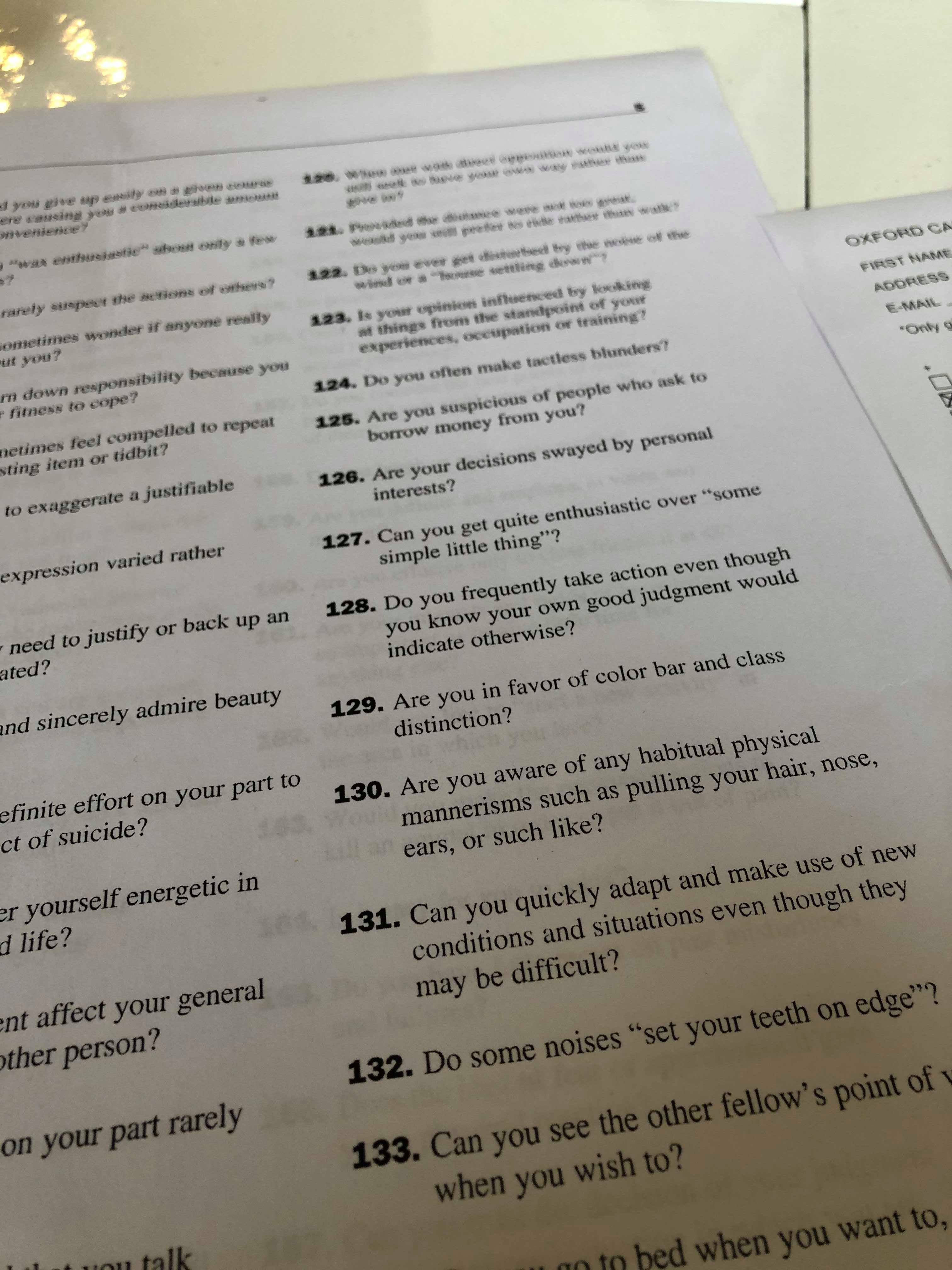 The address I gave was also fake. Well, it wasn’t. It was the address of my old neighbour that got us evicted, I’m quite happy for scientologists to go knocking at his door.

The questions ranged significantly, from very standard personality test questions such as “Do you tend to be careless?” and “Are you likely to be jealous”, to some more obscure ones. The questions I found the most concerning included “Are you in favour of colour bar and class distinction?”, as surely being racist isn’t a personality?

Further questions included “Could you agree to strict discipline?” and “If we were invading another country, would you feel sympathetic towards conscientious objectors in this country?”. Oddly, there was also more than one question on whether you experience involuntary muscle twitching.

What are they trying to figure out? It felt like they were analysing my vulnerability so they could assess whether I was suitable prey. I, therefore, tried to answer the questions to indicate that I was not easily manipulated, and would not agree to “strict discipline”. 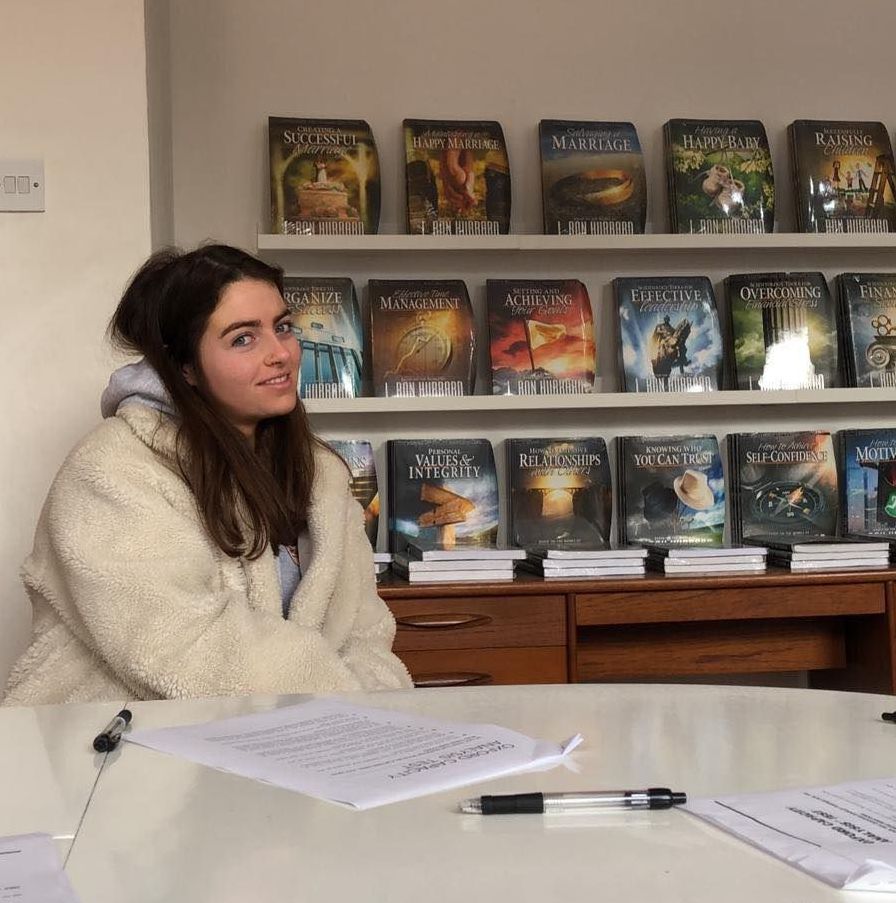 Following the test, our results were printed out and we waited for our consultation. We were called through one by one to be shown and talked through our results. We were each given a graph by a friendly woman who I can only describe as looking and acting a bit like Rachel from ‘Glee’, but definitely only in the first season.

She would tell me what the test indicated and then ask if I agreed. One of the assertions made was that I have trouble focusing, and that is absolutely true, so that is what I said. She looked at me empathetically, as if she had given me a terminal illness diagnosis, and said things like “Oh dear”, “Oh really?” and “How long have you dealt with this?”. It felt very patronising, as if she was trying to make me feel worse about it.

I’m not really bothered by that accusation, it’s not really that deep, but I think she wanted me to feel like it was. It felt like rather than the usual “Oh don’t worry we all feel like that sometimes”, I would get from most people, it felt as if she was trying to say, “You have really serious issues that need to be addressed”. As I said, I wasn’t fazed by this, but I can see how someone who was going through a rough time (such as someone who was homeless or struggling with addiction) could be swayed by this, and convinced to buy a book or sign up to a class, as she recommended to both my flatmates.

Whilst taking the test, and after while we waited for our consultations, I have to mention what the reception was like. There was a TV in the centre, but not just any TV, a Scientology network TV, in a weird futuristic box. The box plays -on a continuous loop- videos about people’s addiction and drug abuse and how Scientology helped them. 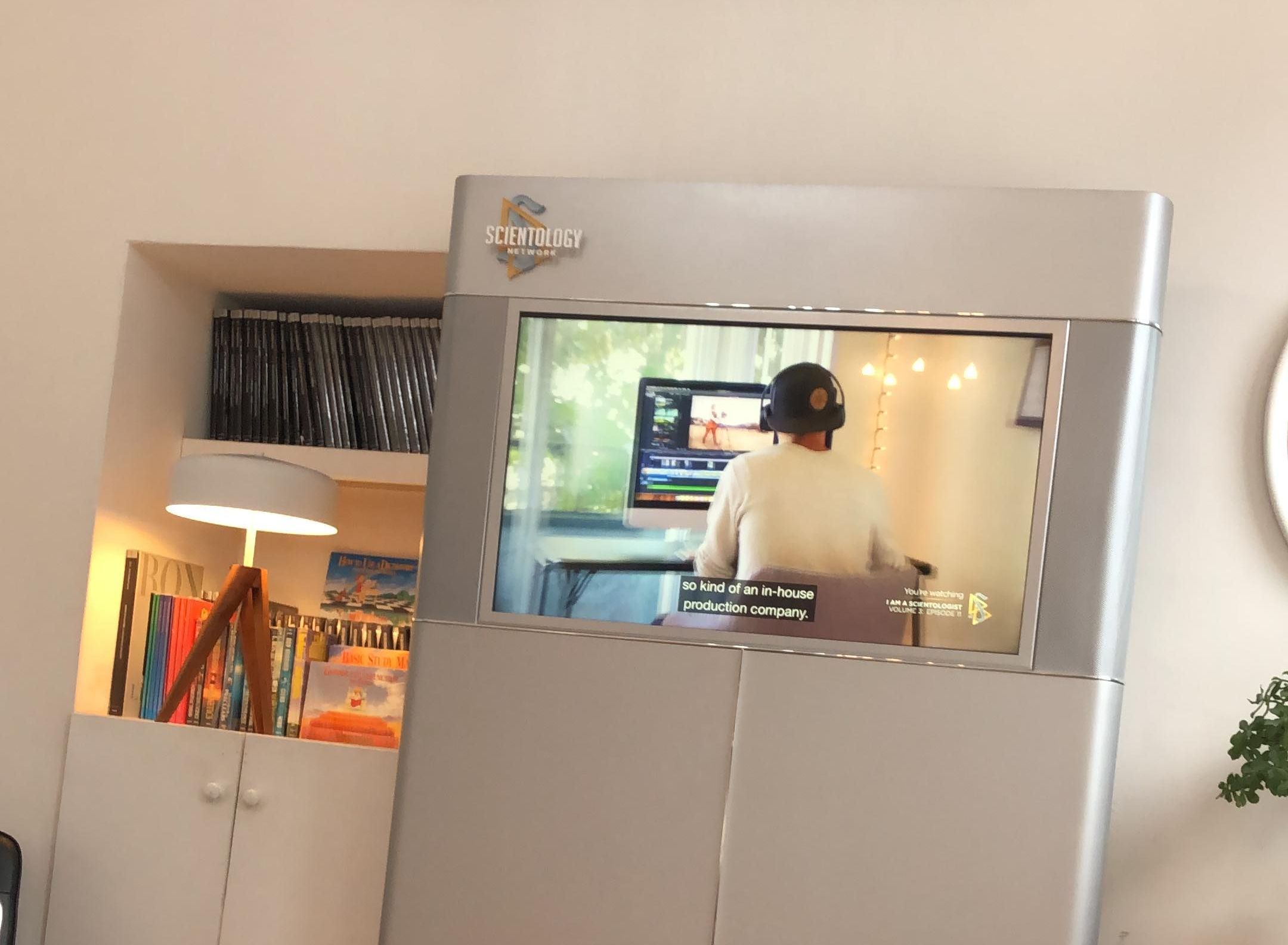 There is also lots of books on the walls, targeting different struggles, all written by the church’s founder L. Ron Hubbard. I’m not going to lie, just the front covers made me feel uncomfortable. Unfortunately, they were all sealed up so I would have had to buy one to take a look inside. 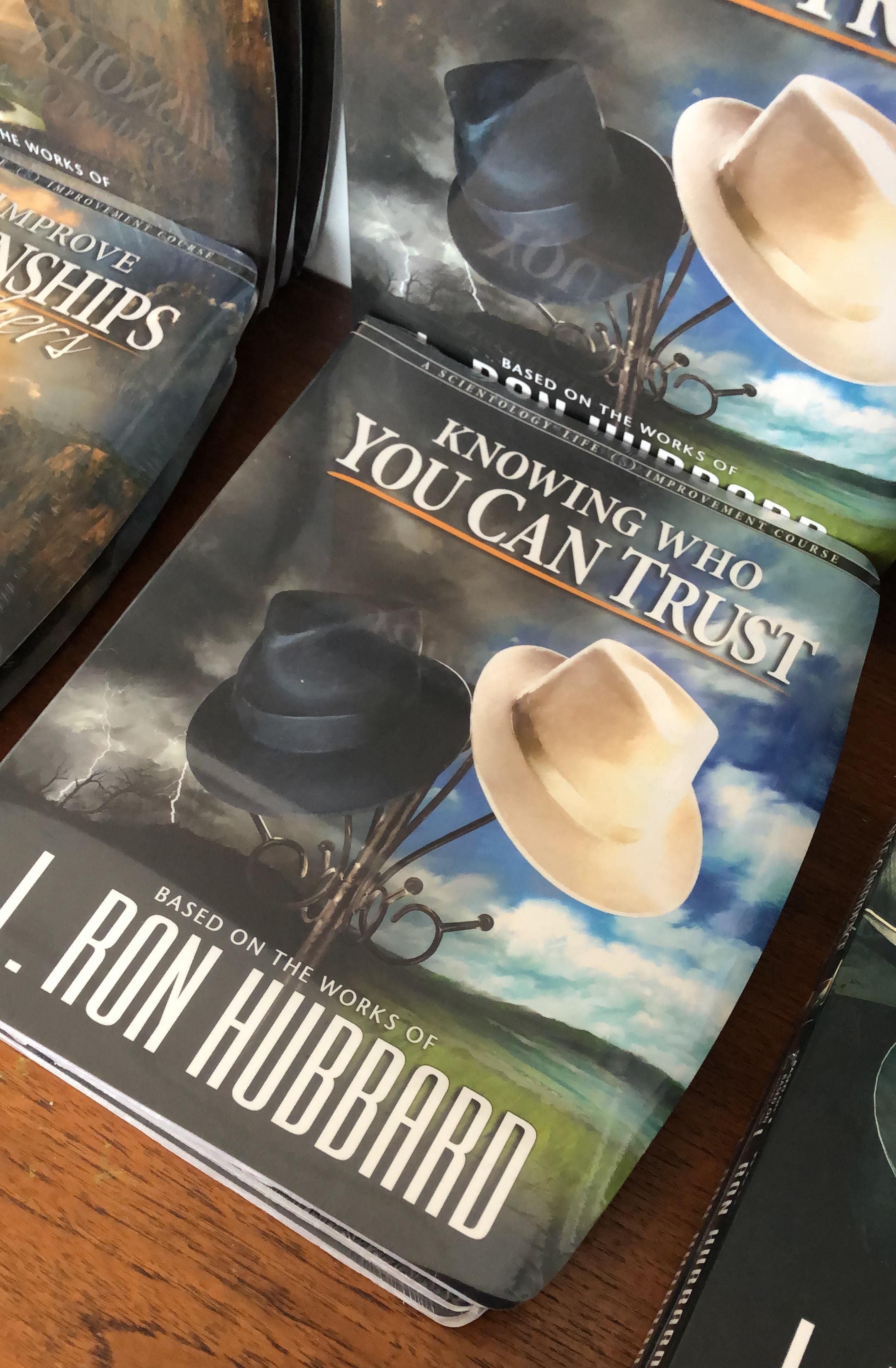 Yes, Scientology is pretty weird. Is it dangerous? I’m not sure. If you’re struggling with something and desperate to find a solution, then maybe. I can see how they persuade you to buy one book, the another, then a class, and it can go on and on. However, unless you are in such a position, I would say that the personality test is an interesting experience if you have some free time and (like me) have a strange curiosity for mysterious cults that involve John Travolta. 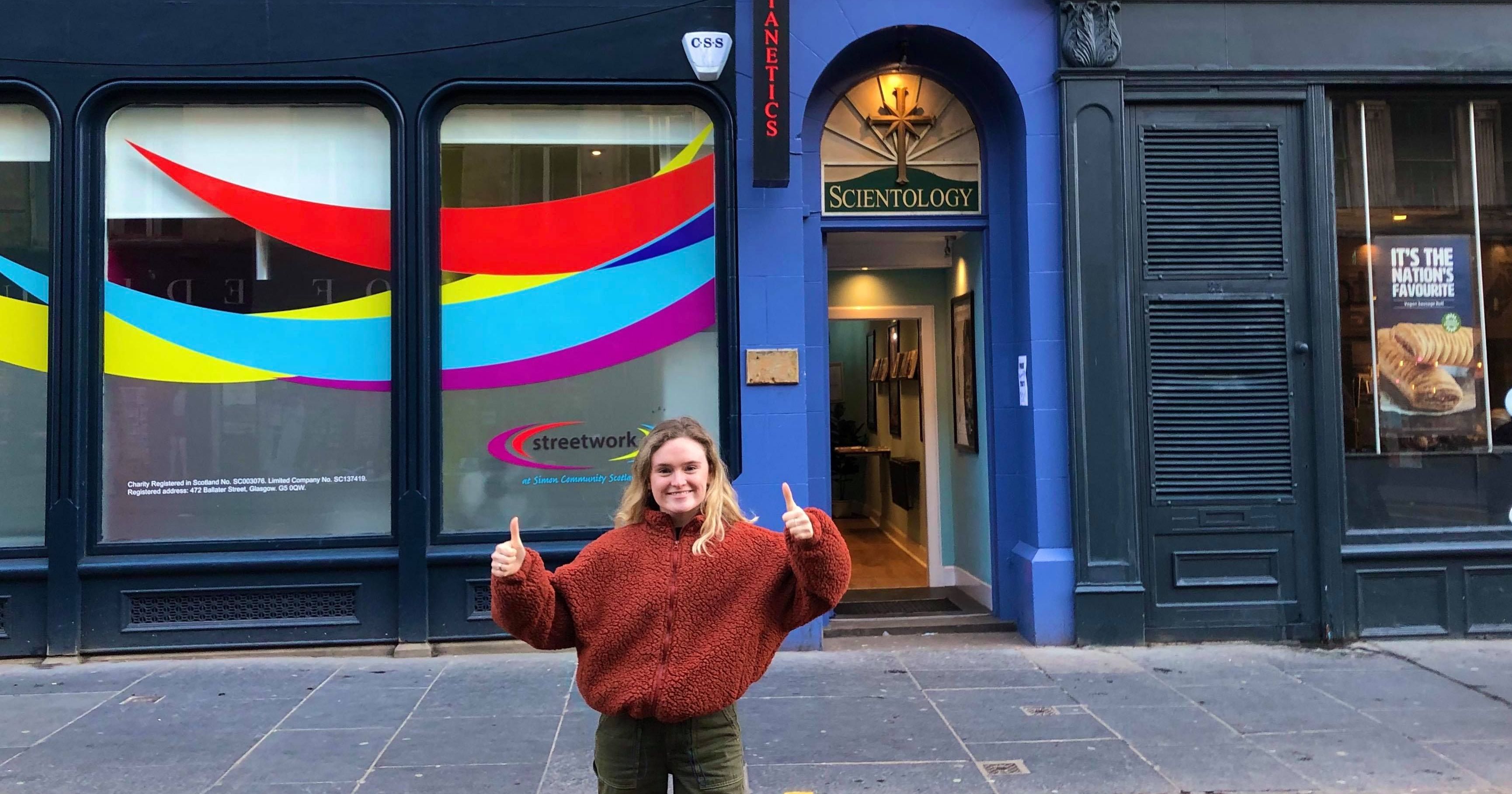