17 of them showed up, but the venue was at max capacity

Security were called to a debate over whether or not to ban meat at Edinburgh canteens after a group of young Scottish farmers showed up.

On Thursday last week, the motion was floated that banning the sale of meat from University canteens would be more eco-friendly, Edinburgh News reports.

The student council meeting exceeded capacity, however, when a group of young farmers from Scotland’s Rural College, forcing security to intervene and escort them out. 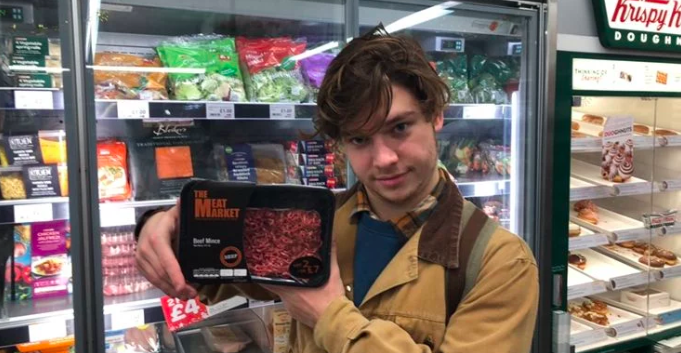 After the event, one student, Sarah, wrote on Facebook: “Personally I think it’s ridiculous that motions voted for during this meeting, directly affected them and they were denied to even listen as they were deemed ‘intimidating’.”

The motion drew on a recent petition to ban the sale of beef on campus, which amassed 530 signatures, as well as other universities who have banned beef.

It was discussed that the beef industry is a huge contributor to greenhouse gas emissions and pollution, and cutting it out would benefit students’ diets.

The 17 Scottish Rural College students argued most of the meat sold at Edinburgh University is Scottish and called for those present to support Scotland’s beef industry.

Sarah said: “Removing beef products from the university menu will help the aim of the motion in no way at all.

“British farming is one of the most sustainable industries we boast as a country – the majority of our landscape and countryside could simply not be utilised for anything other than livestock.

“The ‘for’ argument was weak and misinformed but sadly we didn’t get the opportunity to counter-argue.”

Scottish Rural College students get their degrees through the University of Edinburgh, however, they are not technically enrolled there, so they were denied a vote.

“In the case of these students, the decision made by the vote would directly affect them – yet they were not allowed a say,” said Sarah.

The president of the Students’ Association, Andrew Wilson, said only Edinburgh students have the right to vote in council meetings, as well as submit policy proposals.

Although sometimes exceptions are made if there is space, Thursday’s meeting was at max capacity.

He said: “We empathise with the frustration felt by the SRUC students who were asked to leave by a member of staff involved in the running of the event, however, unfortunately, there was no alternative.”

“In recognition of the strong feelings felt by the SRUC students on the motion to cease the sale of all beef products in students’ association cafes and restaurants they were provided with information on alternative routes to provide their feedback on the motion to and we would welcome that feedback.”

What do you think? Should Edinburgh University ban the sale of beef?