Leanne’s behaviour on Love Island was damaging, she deserved to be dumped

The way she treated Mike was toxic

After over two weeks of being coupled up exclusively with Mike, Love Island's Leanne has been dumped from the island.

An early fan favourite, Leanne was sent packing last night by Mike, and in my opinion there's a good reason why. 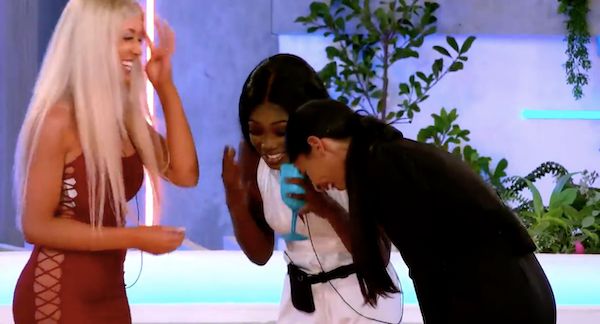 Leanne: 'I don't want him to touch me…I just don't want to be around the boy'

First of all, Leanne's behaviour was toxic and insensitive. The rude manner in which she spoke about Mike to the other Love Island girls was insensitive and ridiculing.

When Mike told Leanne he felt 'misled' by her over the past few weeks, where they seemed to be going strong, he was met with denial. Leanne told Mike it was "unfair" of him to be angry at her for trying to make it work. It was a petty chat that reached its climax when Leanne said: "I feel like you'll be someone else's perfect guy out there".

At least from what viewers have seen, this sudden change in narrative from Leanne – from being happily coupled up, to receiving a major case of the icke – is confusing. The pair used to present a solid image of an affectionate and stable couple. Mike had shown patience and respect towards Leanne during their time together, and he definitely deserved more than a generic "I don't like you" break up.

Leanne did not act strategically by dumping Mike in a villa with no other guys into her at that moment. Do you want that £50 000 or not?

Secondly, the discussion of Leanne's exit from the villa is complicated by Love Island's problematic racial politics and she should have been more aware of this and its implications.

There has been a history of black women having negative experiences in the villa as a result of biases and stereotypes that favour whiteness as an indicator of femininity.

The start of Love Island this season blatantly confirmed that Leanne was not seen as desirable as the other contestants, which is definitely informed in part by her identity as a black woman. She was picked last and maybe her resentment towards being stuck in a last resort couple informed her decision to reject Mike. Who knows?

As much as it was nice to see melanin and melanin coupled up on tv we must remember Leanne was last to be picked and Mike was the last to choose on the opening day. #LoveIsland

Representation matters on a show like Love Island, where the whole of the UK is watching, because it easily reinforces the negative ways in which racism affects the dating world.

I was initially rooting for Leanne as the only dark-skinned black woman in the villa and I was fully in support of her journey on the show. But her lack of respect for Mike in expressing her feelings to him and gaslighting him has made her unpopular with viewers, including me.

This is what I wanna say to Leanne ? this is why black twitter is mad #LoveIsland pic.twitter.com/i6WkLj7HNi

Leanne's attitude is awful and it makes me disappointed that a rude and hypocritical person is the only representation for dark-skinned black women on this season so far.

While the way she treated Mike could be interpreted as her following her intuition, Leanne could have gone about it without being rude or dismissive. In fact, if she was strategic, she would've followed her intuition a bit later on when she had more options.

Now the self-professed "Beyoncé of Waltham forest", has been sent home with no prize money or sympathy from the public.

As a dark-skinned black woman, the odds of Love Island were always set against her. But she played herself.