It’s time to grow up and stop ghosting people

It’s so easy not to be an asshole

Dating in 2019 and at university is undeniably tough. Mediated through dating apps, social media, endlessly intertwined social circles, and complex political climates, nothing is simple anymore.

The beauty of this day and age is that there are so many people out there, and so many different ways to connect with them. Dating apps and social media create whole new ways of meeting people, grafting people, getting to know people, and staying in touch with people. 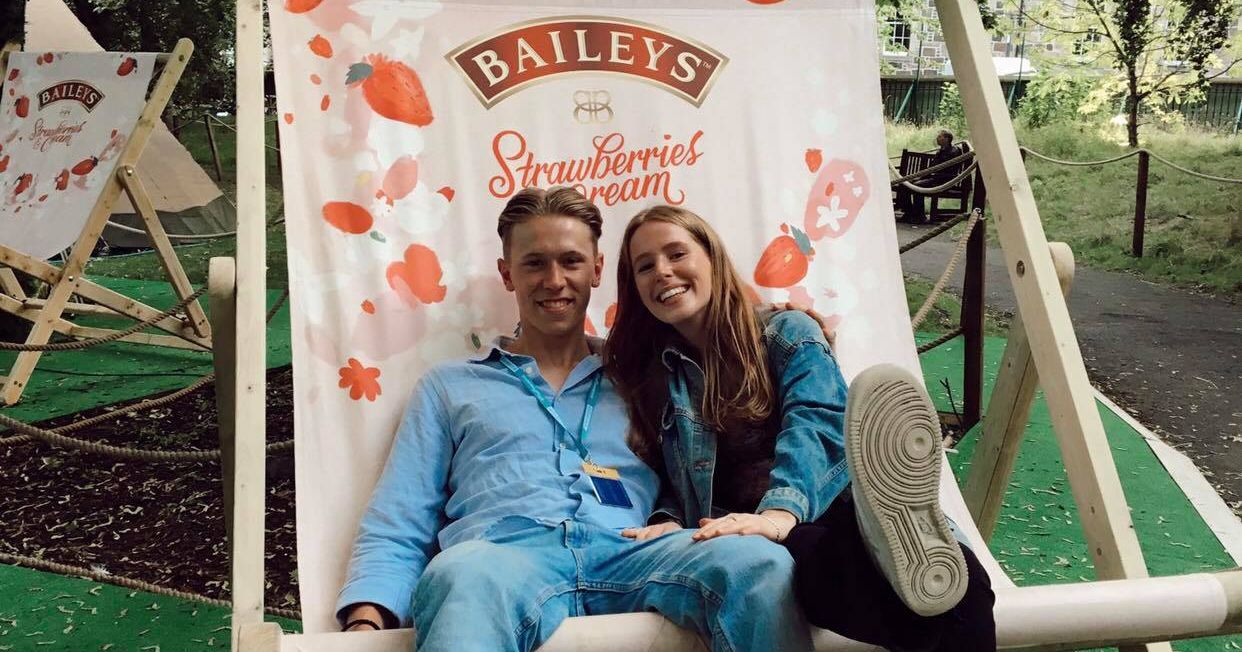 The downside of social media though is that someone is that disconnecting from someone is just as easy as connecting with them. No longer want to see someone's posts, be reminded of them, or chat to them? No problem. All it takes is just airing their messages or blocking them. Out of sight, out of mind, right?

This has ushered in an age of 'ghosting': the practice of cutting off communication with someone without any explanation or warning, regardless of how long you have been in touch for.

I know people who have been ghosted after three dates, but also after nine months of dating. There seems to be no limit to how big an asshole someone can be. So, if you need to brush up on your humanity, here are some reasons why you, a ghoster, should stop ghosting.

Ghosting someone is weak

Most of the time, people have a reason for ghosting someone. Maybe they're not feeling it anymore; realised they're not ready to see someone; started seeing someone else, or just decided something isn't right… the list goes on.

These are all valid reasons, so why ghost someone? People opt for ghosting in order to avoid confrontation, having to have that conversation, or having to explain yourself to someone. From the safety of your phone screen you can send a quick message and be done with it. You know what kind of person does that? A weak one. It is so easy to be an asshole to someone whose face and reaction you don't have to see. 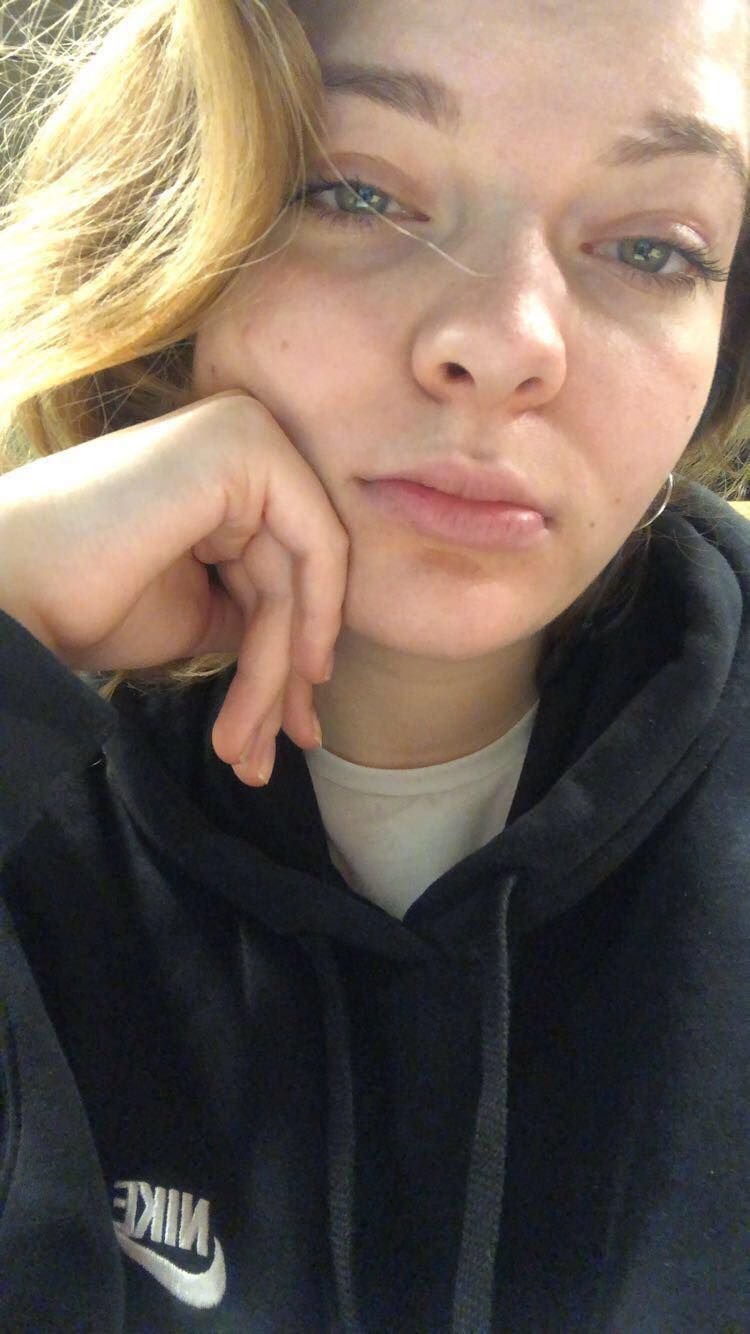 But just because it is easier to be a little bitch, doesn't mean its the right thing to do. What are you afraid of? The most someone will do is ask for an explanation. People are always more understanding than you think.

Ghost someone who goes to your uni and there's a huge chance it will come back to bite you in the ass. If you hadn't noticed, everyone knows everyone. Most of the time, once you ghost someone, that is not where it ends. Before you know it, you're sat a couple desks down from each other at the library, or you're invited to the same party.

From that point forth you will be branded by them and all their friends as that dirtbag who ghosted them. And when you inevitably bump into each other again, then what? Having to give that explanation and have that conversation will ultimately be so much worse and awkward than being open in the first place would have been.

Ghosting is cruel and damaging

Being ghosted is one of the most difficult things to have to get over. With a lack of any explanation, you are left to heal completely on your own. Moving on without closure is extremely challenging. From my own experiences and that of my friends, I know that without answers most of the time you are left wondering forever. Did I do something wrong? Was I not enough?

For a long time I have been trying to teach myself that the way people treat you often has very little to do with you, and this goes for ghosting as well. People ghost because they themselves are too cowardly and insensitive to do anything else, not because your behaviour has prompted them to do so.

People don't just flip a coin and ghost someone. If you have a reason or an explanation, the other person deserves to know. 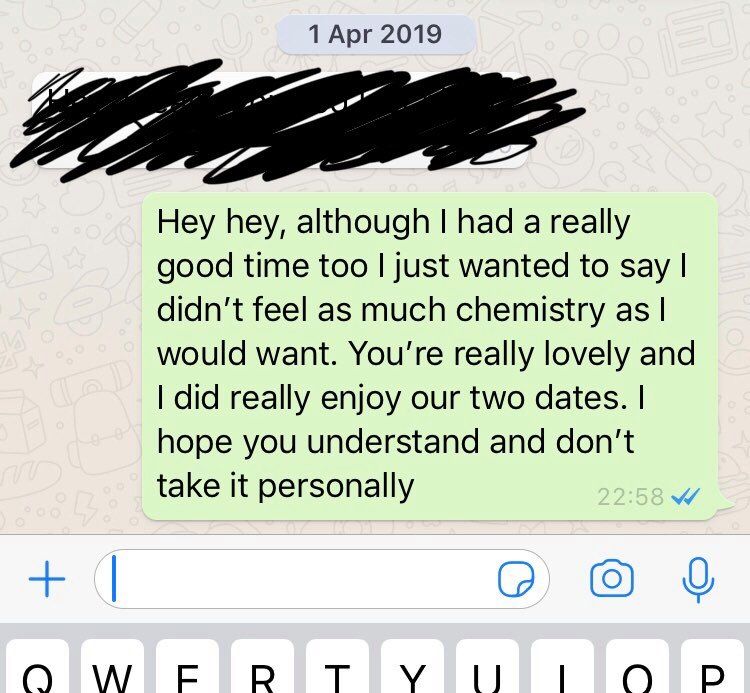 It really is that simple

It is so easy to do right by someone else. All it takes is one text and you save someone from a lot of confusion and pain. Tell them they're lovely, that you've enjoyed your time with them, but that you don't want to continue. Make up an excuse, lie, say its you not them. Apologize and thank them for their time, and that's it.

Treat people the way you want to be treated

One of the most horrible aspects of ghosting is that everyone does it to everyone. Despite being confused and hurt when someone does it to us, we do not often hesitate to do it to someone else. Countless times have I heard someone tell their friends that they aren't interested in someone anymore, but that they don't know what to do. The response: ghost them. Shockingly, this advice comes from people who have been ghosted themselves.

So how does that make sense? How can we hold each other to higher standards when we don't even hold ourselves to them? Surely you can't be angry about someone ghosting you if you would do it to them too. How can you expect to find love if you treat other people like garbage?

So the solution? Everyone needs to treat each other better. Treat people the way you want to be treated, and there'll be a whole lot more love in the world – trust me.