Universities are implicit in the wealth acquired from colonial history, so one student asked what is being done to address this?

During 'Principal's Question Time' this Wednesday, a student asked Vice Chancellor of Edinburgh University, Peter Mathieson, how he plans to address the university's historic ties to the transatlantic slave trade. 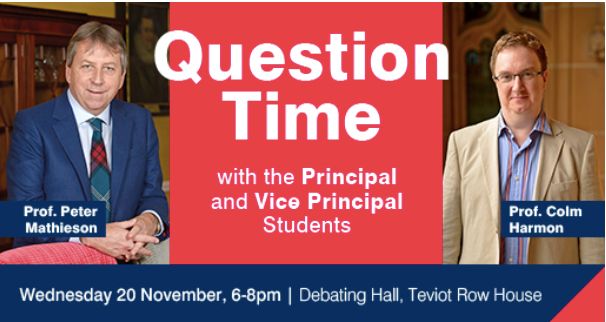 In the video below, PhD student Lukas Slothuus can be seen questioning Mathieson over what "commitments" the university might be making to address slavery and colonialism. Lukas also alleges there has been "deafening silence" on the issues thus far.

He said: "Scotland in general benefitted massively from colonialism, slavery and the transatlantic slave trade. At universities like the University of Cambridge and also the University of Glasgow last year, they decided to take some sort of action on this.

"The University of Edinburgh has expressed nothing but deafening silence on this. Can you give any kind guarantees about whether the university takes this seriously and what kind of commitments you will (make) to doing something about (it)?"

. @EdinburghUni Principle Mathieson getting roasted on the uni’s colonial history by @lslothuus – why no reparations? b/c apparently the best way to make up for colonialism is by having lots of exhibitions pic.twitter.com/wwuntLPYBZ

Mathieson responded that slavery and colonialism is a "really important issue", that he has "thought about it", and that there are a couple of things the university has done and are thinking about doing in the future.

Mathieson alleged that colonialism has been addressed through UncoverED, a research project funded by Edinburgh Global, which aims to uncover the voices of alumni of colour. As a 'collaborative decolonial research project', UncoverED aims to tell histories that have not been acknowledged enough.

Mathieson mentioned UncoverED's recent exhibition in the Crystal Macmillan Building (CMB) as an example of 'action being taken'.

The exhibition highlighted Edinburgh's historic alumni of colour and elevated their stories. He described it as a "…great example of confronting the university's past, whether it's glorious or not."

However, though funded by the university, UncoverED is a student led endeavour, and as such concerns have been raised regarding Mathieson appropriating it as part of the university's own decolonising action.

Lukas Slothuus told The Edinburgh Tab: "Mathieson’s answer was that he will not think about reparations or other forms of economic compensation.

"I was so upset to hear this…How can we have any confidence in a Principal who has such a poor grasp of the university’s colonial legacy? I encourage students to put pressure on the university to do something about this."

Rather than co-opting the work of students, vaguely pontificating about “relationships with Africa”, Mathieson needs to come out with clear policy statements on repatriation and decolonisation, just like Bristol, Liverpool, Glasgow, Cambridge, Oxford have all done publicly. Fast.

UncoverED stated on Twitter: "The University of Edinburgh directly contributed to and benefited from British imperialism. UncoverED isn’t a PR exercise. We are seriously concerned about being misrepresented in order to shut down questions. Far more needs to be done by Edinburgh University and Peter Mathieson.

"Rather than co-opting the work of students, vaguely pontificating about 'relationships with Africa', Mathieson needs to come out with clear policy statements on repatriation and decolonisation, just like Bristol, Liverpool, Glasgow, Cambridge, Oxford have all done publicly. Fast.

"How much money was donated to the university by slave owners? Old College was built from the 1790s after a significant subscription campaign.

"Edinburgh doctors were slave-owners, and developed colonial knowledge that justified the perpetuation of the slave trade. If Principal Alfred Ewing proudly championed Edinburgh as 'the University of Empire', what did this mean?

"Numerous institutional failures, past and present, are unresolved. The silence of Edinburgh University is deafening."