My kitchen ceiling caved the day before summer exams started

A story of student heroism in the face of great adversity

You know that feeling when you wake up the day before an exam and realise you're absolutely screwed? Well, imagine waking up and going into your kitchen to grab a cuppa, only to find a large part of your ceiling on the floor.

This is exactly what happened to my flatmates and I the Sunday before the start of Edinburgh University's summer exam season, in what can only be described as a cruel twist of fate.

Not what anyone wants to read at 07:06am

What made the collapse of our ceiling worse, if that's even possible, was that we had seen this catastrophe developing. On Tuesday the week of the incident, we had watched a massive crack grow as a result of a leak from upstairs, all of which we had reported to the agents as slightly concerning. The agents promised to send someone out, but did they? No. Were our concerns justified? I'll let the hole in the ceiling speak for itself. 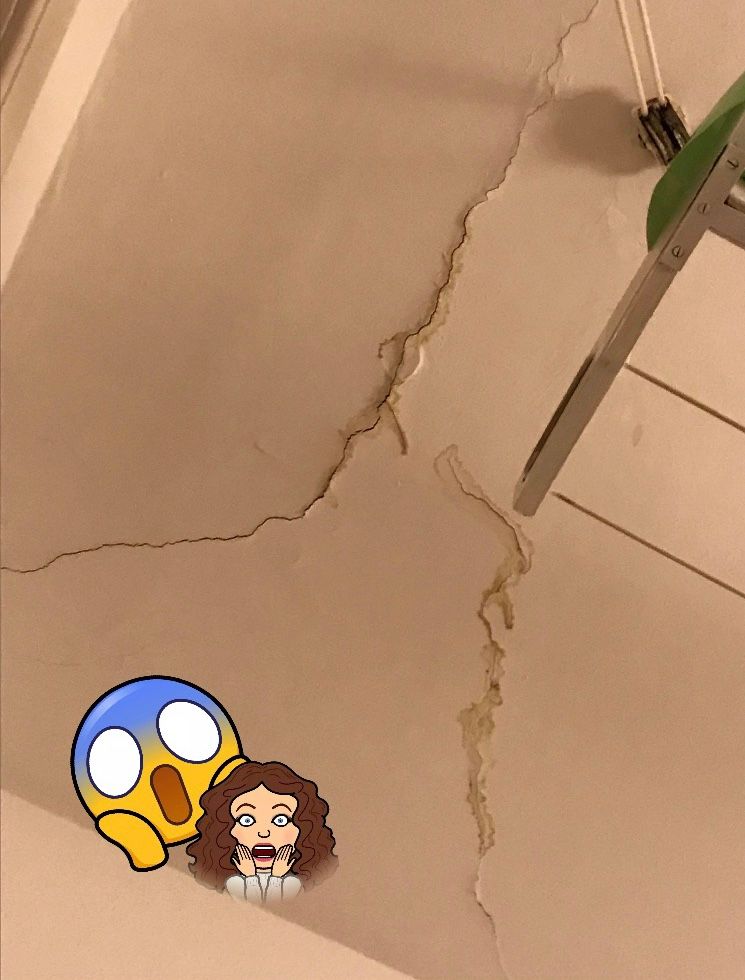 Emotions running higher than our ceiling

If you are part of the fortunate majority who have never seen the floorboards of the flat above as you stood in your kitchen, let me tell you that there is a tidal wave of emotions that hits you. First, you deny that it's happened. You laugh it off, make a joke about your three hour English exam being the least of your worries and how it's such a shame you'll just have to eat takeaways as there is now an impassible mountain of rubble blocking your access to the cooker.

But then as the 'glow' of novelty fades, you're left with a kitchen/living room that looks more like a construction site and you turn to despair. What do you do in this situation? Who do you call? We called the emergency out of hours number provided by our agents only to be told that they couldn't do anything and we'd have to wait until Monday and phone the office – great. 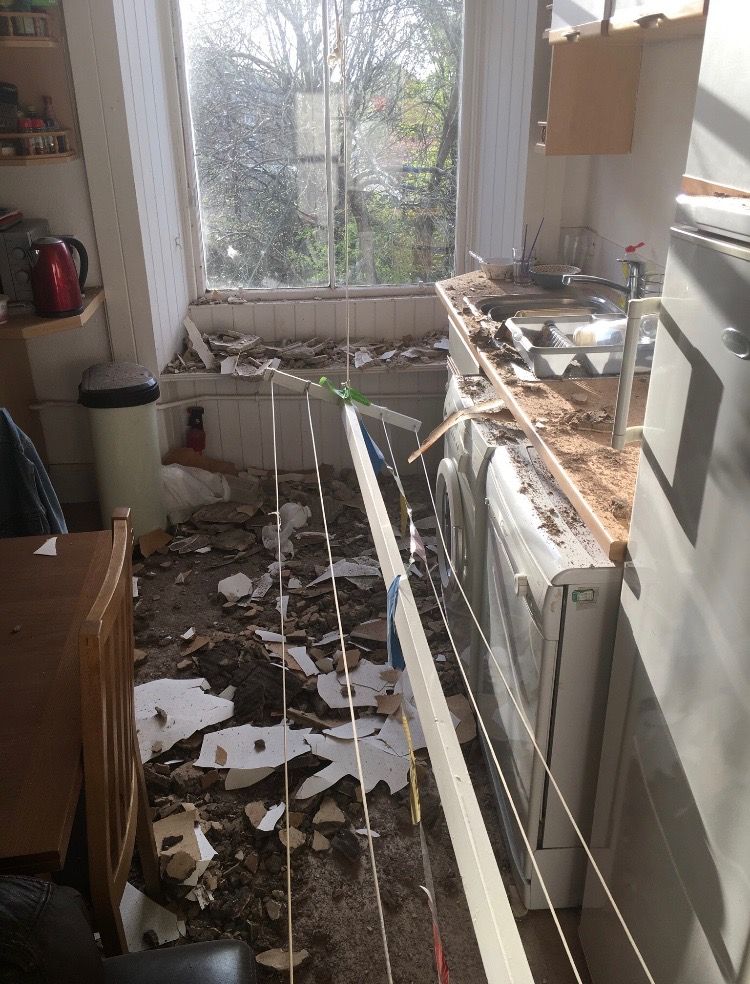 Adapting to a new way of life

In the face of tragedy we were resilient. We moved our kitchen into the hallway and created a room out of disused space – it was basically like an episode of Grand Designs, Kevin McCloud would be proud. Did this mean I spent more time on Sunday shifting dry goods, kitchen appliances and crockery out of the kitchen and into the hallway than revising for my imminent history exam? Yes. Did the loss of a whole room in the flat make us all go a bit mad with cabin fever? Yes. But we pushed through. 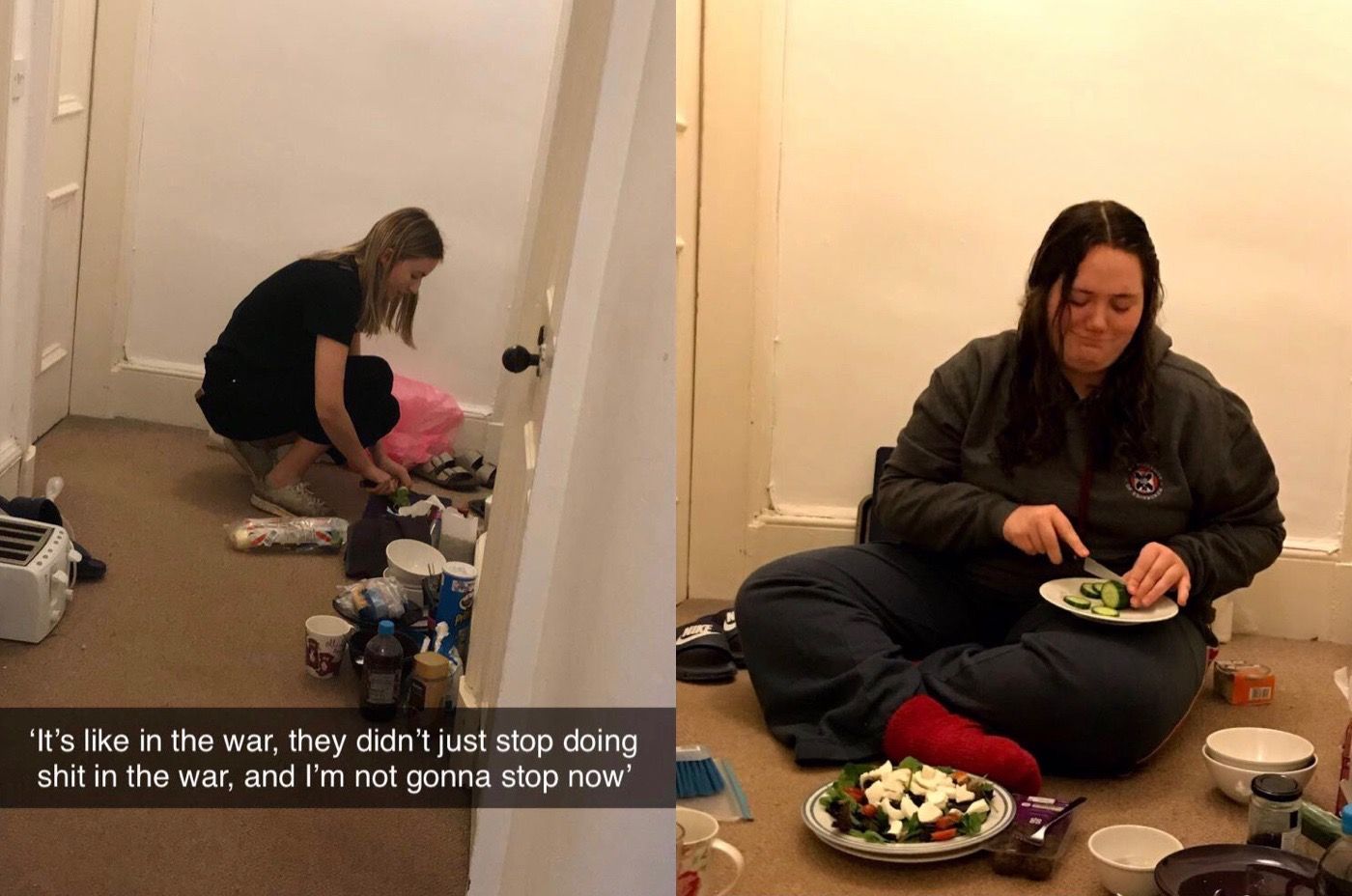 Hallway living at its finest

The healing process (of over three weeks)

And now the most ridiculous element of this farcical tale…it took over three weeks for this mess to get sorted. For three weeks our kitchen had some very chic plastic bags and tape as a replacement ceiling, which I guess kinda fits the industrial aesthetic you get in edgy coffee shops, minus the clouds of dust that fell down when upstairs decided to hoover or put the washing machine on.

In summary, for the entire exam period our kitchen was dusty, draughty and generally just a bit of a mess which is ideal when you're meant to be 'feeding your brain' with healthy food and having chill time between studying. The amount of times we had to pick grit out of our pesto pasta was truly shocking. The ceiling was eventually fixed, just in time for our tenancy to come to an end and us to clear out of the flat. 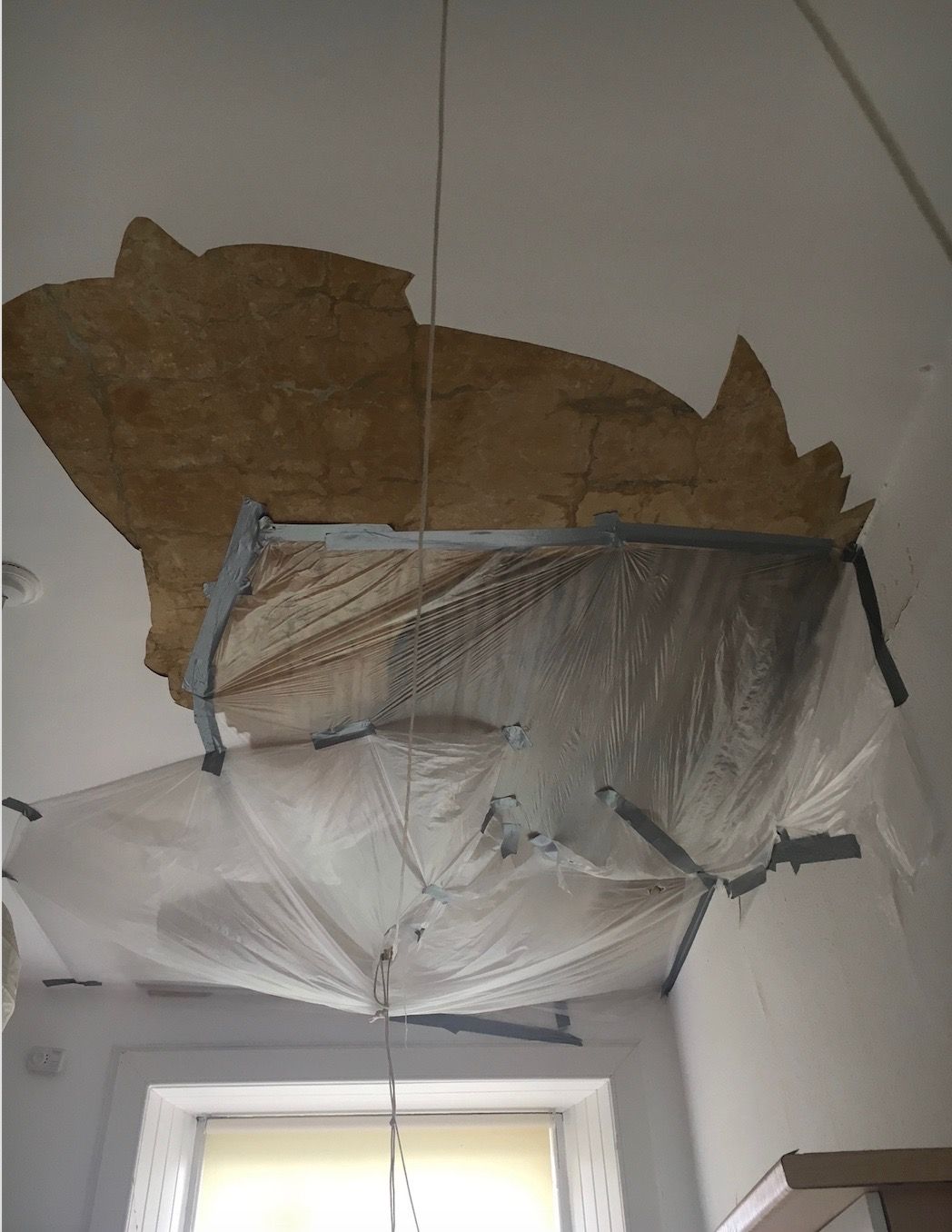 Every cloud has a silver lining, even really big ones

During this ceiling-less period of time in our flat, our eyes were definitely opened to the poor treatment student tenants receive from letting agencies, who clearly either don't care or don't expect students to be adult enough to know when a situation is wrong and to do something about it. Whilst it was stressful and a really crap way to end a year in a flat that we'd loved, our ceiling falling down and our determination to not just let it go means I now know the Housing Scotland Act in a surprising amount of detail and can write a peng letter of complaint.

If you're having maintenance problems in your flat, don't let your landlord or agent get away with doing nothing. We are all paying ridiculously high prices to live in Edinburgh and we all deserve ceilings. 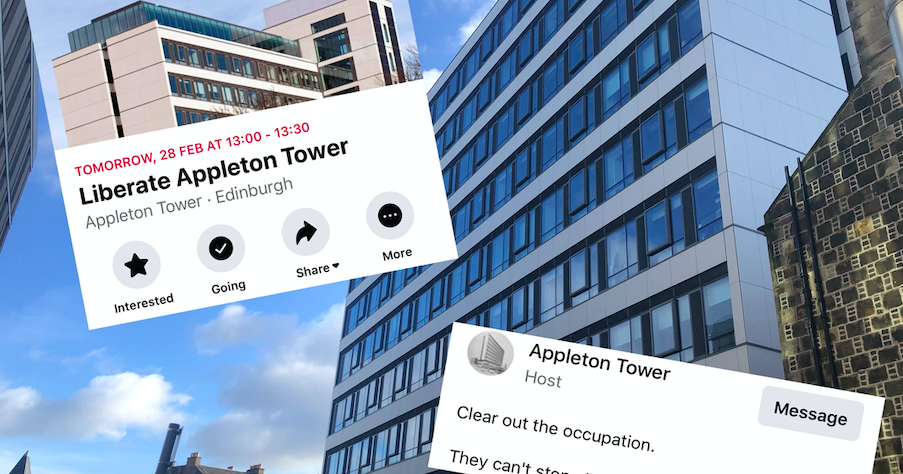 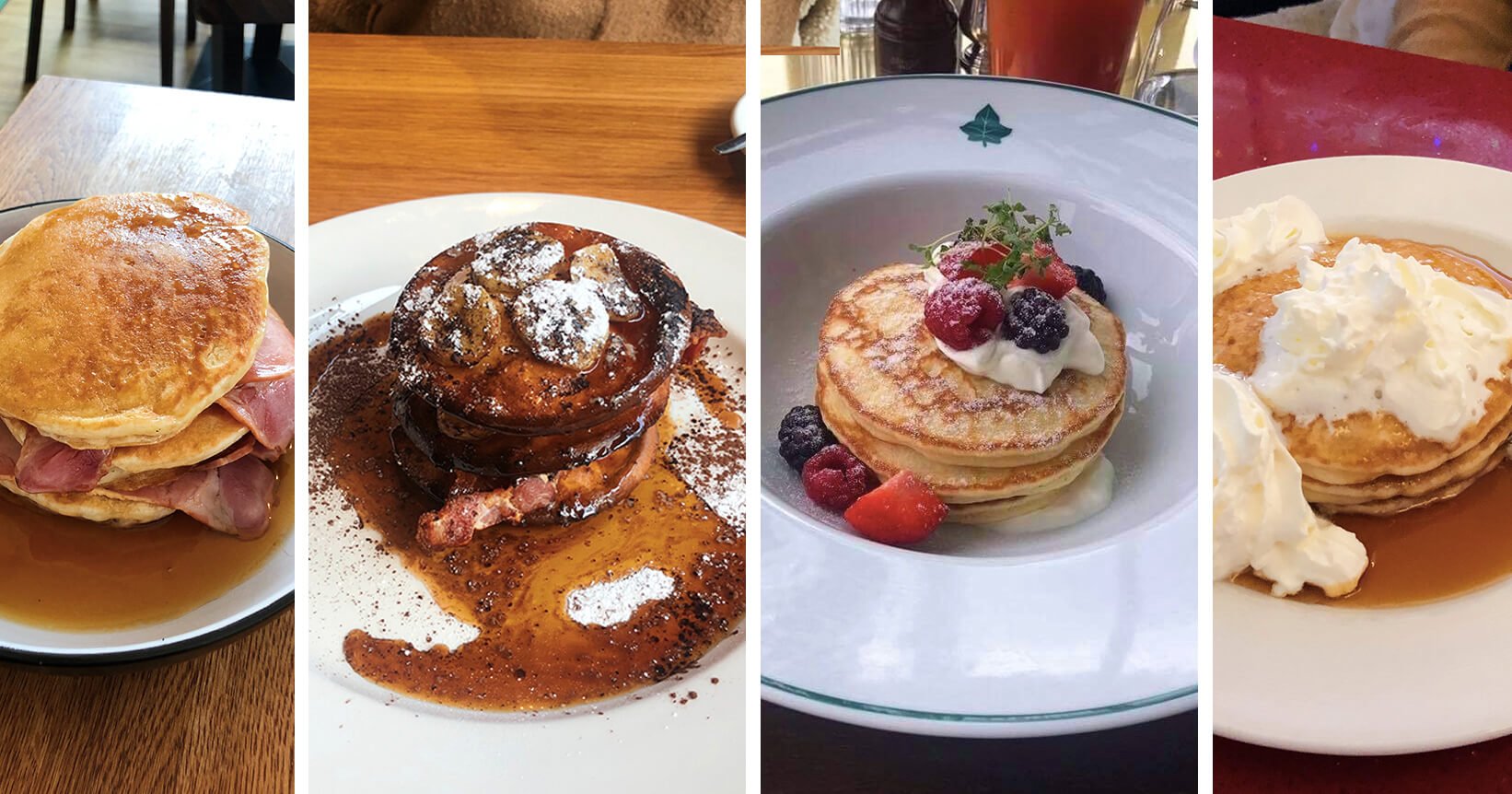 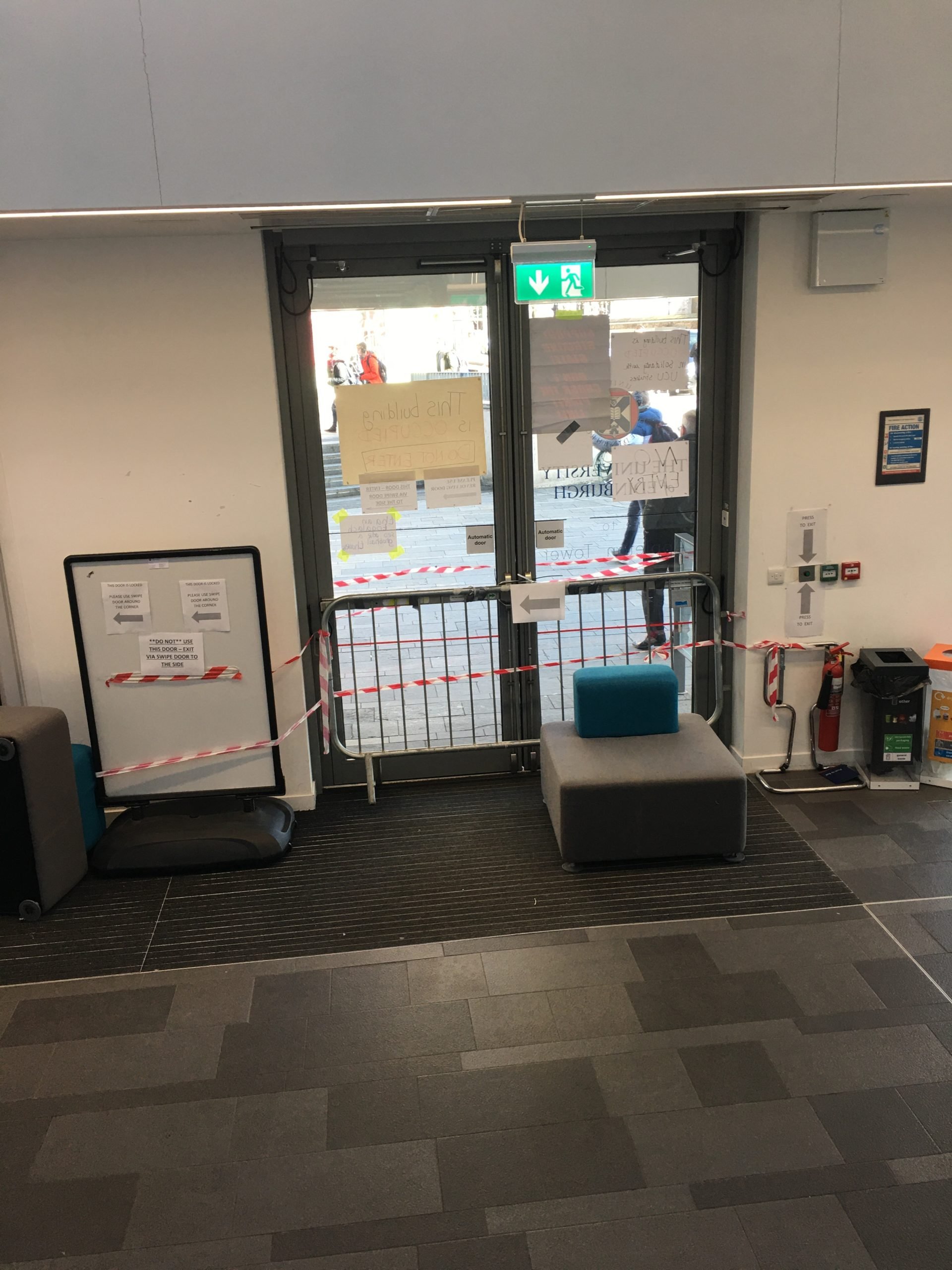 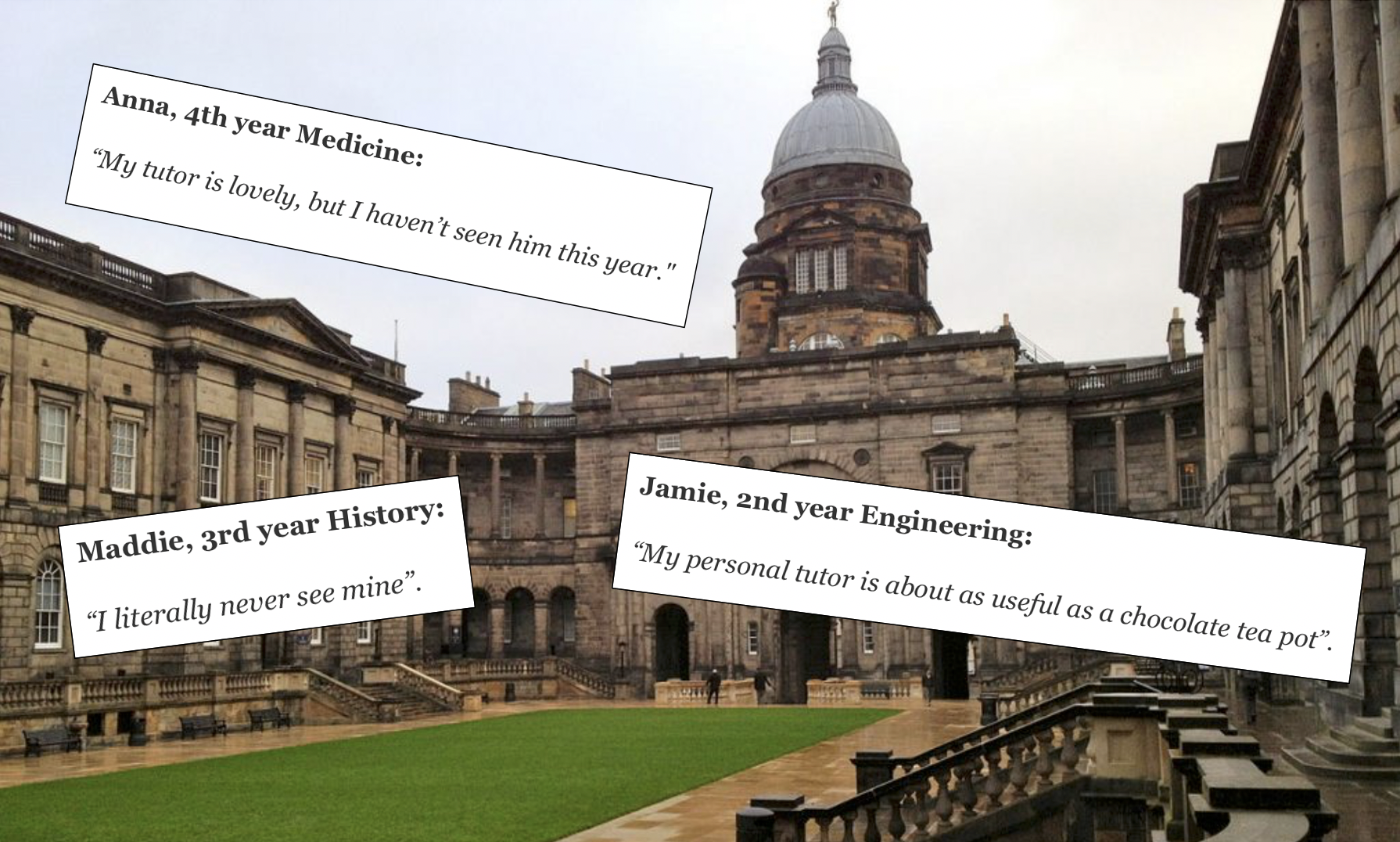