So you’re not left friendless in a foreign land

Going on a year abroad can seem like a great idea at first – new Instagram photo ops, progressing your French beyond bonjour and making tons of new international friends you can stay with on future holidays.

Sadly though, the start of a year abroad isn’t always this magical and I personally found it quite an isolating experience.

Last year I moved to Paris, where I knew absolutely no one and thought I would end up spending six months having candlelit dinners and strolls along the Seine all by myself. Thankfully, I eventually stopped moping around and became successfully more proactive on the friendship front.

So here are my tried and tested ways of making friends abroad.

How it works: It’s basically two native speakers teaching each other their respective languages for free. This can be done online or in person, and you usually spend half the time on your language and the other half on the other person’s.

Find people either using the Tandem app or searching on Facebook for groups.

Pros: As the other person is a native speaker, they can teach you all the slang your lecturers back in Edi probably don't even know and your accent will be gone in no time. Usually they’re local to the area too, so I’ve been taken to some cool places I never would have found otherwise, like secret rooftop bars and underground coffee shops.

Cons: Some people don’t understand the whole exchange concept, so it can be a battle to make sure both languages are spoken equally. Also, because it's a one-on-one meeting with a stranger, it can be a bit awkward at first if you don’t get along. 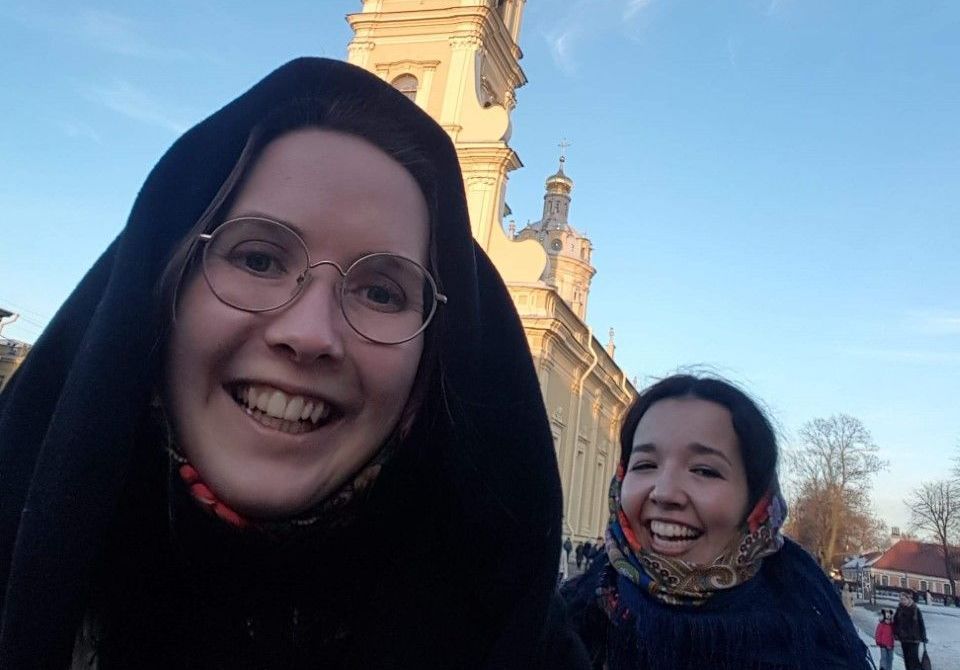 How it works: This is run by the University of Edinburgh Go Abroad team and is a way for students to connect, figure out which other Edi students are going to the same place as them and get useful tips from students who are already on their year abroad.

Pros: Edinburgh University students abroad are very supportive people, so when croissants and paella all become a bit too much, it’s good to have people who knows what it’s like to miss the African Wrap Place and Ting Thai Caravan. It’s also a great way to meet people on your course who you haven’t spoken to before, so you’ll have more friends in fourth year too.

Cons: The whole of Edinburgh Uni obviously isn’t in this group, so you might not find everyone going on the same exchange or to the same city as you. It’s also more focused on providing advice before you go rather than whilst you’re actually there, so try and make those connections before you fly out. 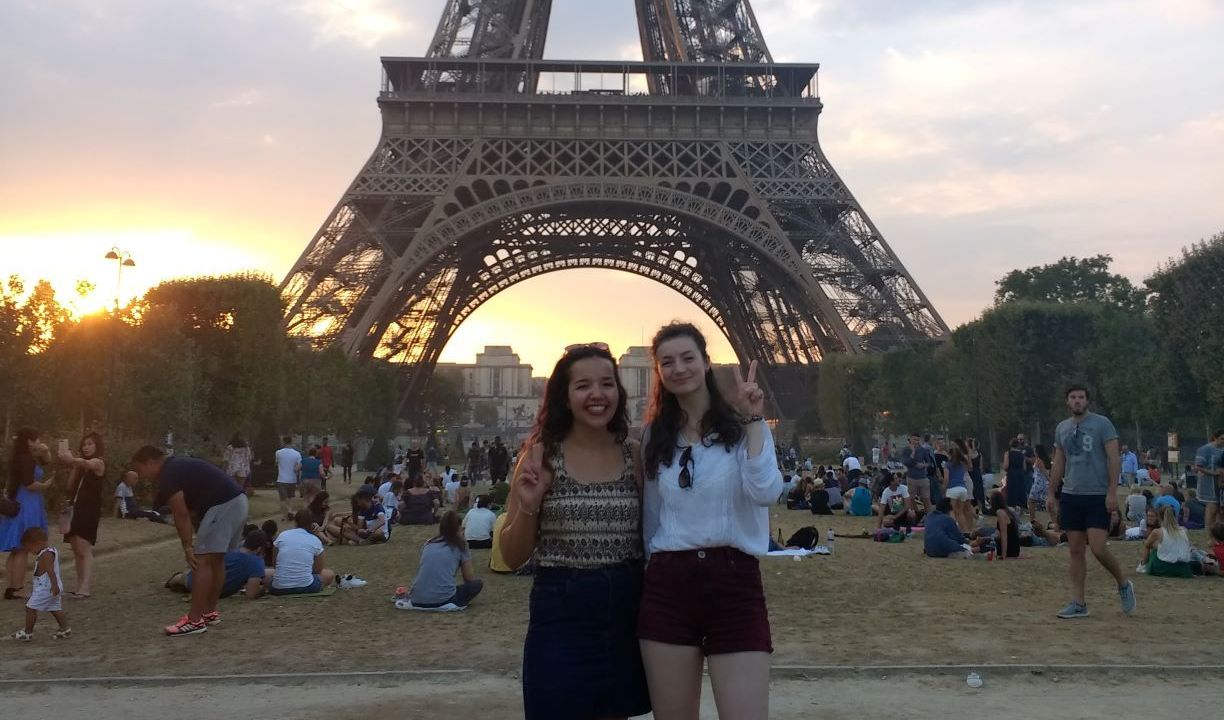 How it works: Both Meetup and Couchsurfing work in similar ways – users host events and people sign-up to go along. These events can really be anything from art gallery crawls and polyglot picnics, to triathlon training and coding camps, so whatever your interests are, I’m sure there’s an event for them.

Pros: Most events are either centred around a shared interest or talking about one – so there’s probably going to be people like you there and you’re likely to make friends. Plus, a good event will usually happen once a week, so if you see the same people that regularly you’ve basically got a group of friends.

Cons: Some of these events can be very over-subscribed, so it can take a while to get onto them. Avoid events targeting backpackers, because though these people are very enthusiastic about exploring your town, it can be a bit sad when your new pals leave you the next day for Budapest. 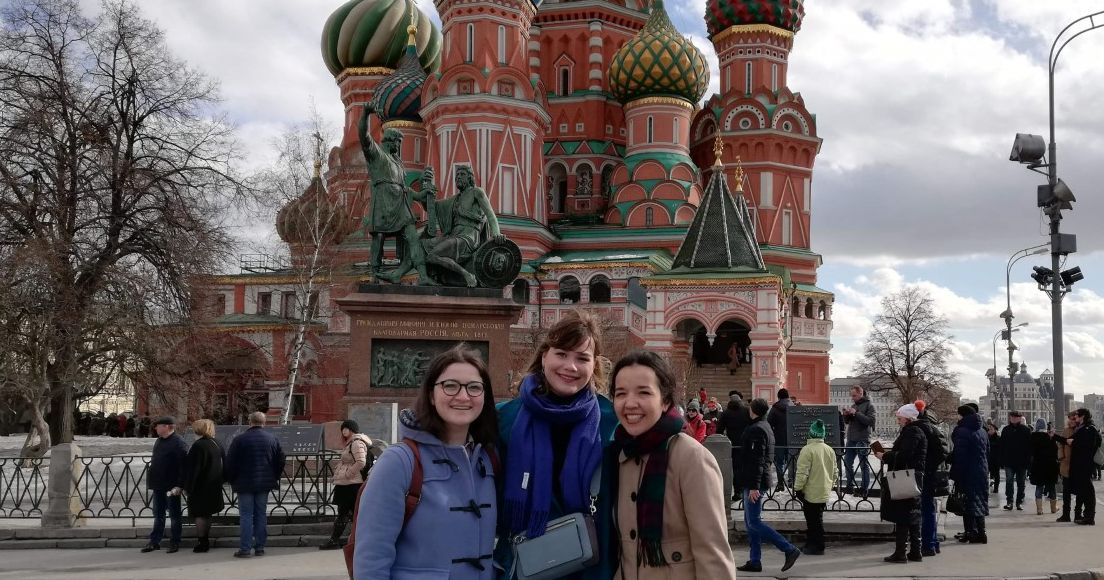 How it works: You have to be a bit shameless about this one and just drop the fact that you’re going on your year abroad to absolutely everyone you meet and eventually someone will be like, "I know so and so there, I’ll put you in touch", and boom you’re sorted.

Pros: You don’t have to find people, they’re found for you, so it’s a nice lazy option. Also, you share a mutual friend/acquaintance/family member, so you can bond over that the first meeting and that will hopefully lead to further ones.

Cons: The first meeting can be a bit cringey, as essentially the other person has been told you’re a loner with no friends and to please take you out for a pity drink – so this may make you feel a bit awkward and embarrassed.

Obligatory safety warning: lots of these suggestions do involve meeting strangers on your own in a different country, so exercise caution. Even if it does sound a bit melodramatic, maybe message a friend or family member before you go see them, and I found that the Travelaware help page had useful tips on staying safe abroad too.