A former Heriot-Watt student has alleged that as a "punishment" for not working hard enough, his lecturer asked him to strip during a Skype video call.

The student, now 24, told Edinburgh Sheriff Court that he had been struggling with his studies and had gone to Professor Kevin O'Gorman for extra help. Instead, Professor O'Gorman is said to have asked the student to remove his trousers, as O'Gorman watched from his computer.

The student told the court that he felt "pressured" to strip, as refusing might "end my chances of continuing with my exams".

The allegations against Professor O'Gorman, who also lectured at Strathclyde University, have emerged during an ongoing trial in which he is accused of 27 separate charges, including touching several students inappropriately and making sexual comments.

During the Skype call, Professor O'Gorman is also reported to have told the student "if you act or behave like a child, you'll be treated like a child", in response to the student complaining that he "felt like a child" during the punishment. The experience was described by the student in court as "belittling".

The incidents Professor O'Gorman has been accused of span from 2006 to 2017 and 16 men are said to have been targeted. Previous testimony heard in the trial involves accusations that in 2006 Professor O'Gorman offered to get a teenager into university in exchange for letting him whip the boy with his belt.

It has also been claimed that it was known to students that Professor O'Gorman was willing to help with their problems, but that he "might touch your leg".

O'Gorman was fired from his position at Heriot-Watt University after the allegations emerged in 2018, but has denied all charges. 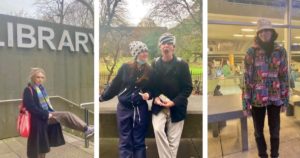 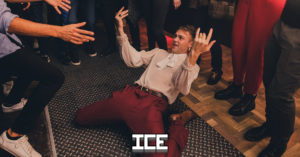 Edinburgh Clubbers of the Week: Back again in Week Ten 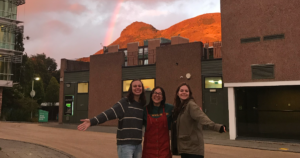 The complete alphabet of ALL Edinburgh essentials