He established two charities and has raised over £44,000 to fight local inequality

On the night of Wednesday 17th April, T2 Trainspotting actor and former boxer Bradley Welsh died after being shot in head on Chester Street, in Edinburgh's West End.

Welsh's death was immediately treated as suspicious, and Police Scotland have today confirmed that an official murder investigation is underway.

Soon after the news broke, tributes began to be shared all over social media, with the likes of Trainspotting writer, Irvine Welsh, expressing sadness in light of the news.

But who was Bradley Welsh?

Bradley John Welsh, my heart is broken. Goodbye my amazing and beautiful friend. Thanks for making me a better person and helping me to see the world in a kinder and wiser way. ? pic.twitter.com/3duKqBxvxO

He was a childhood boxing champion

Welsh was a born and bred Edinburgh local, having grown up in Moredun, a largely economically deprived area south of the city. In his teenage years, Welsh admitted his heavy involvement in gangs around the city, having gained a reputation on the scene. However, he was also an aspiring boxer who regularly competed throughout his childhood. 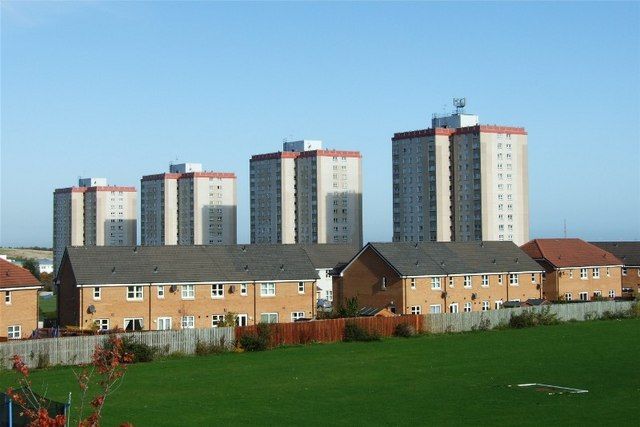 Moredun, where Bradley Welsh grew up

In a recent interview on The Anything Goes Show, a podcast series hosted by James English, Welsh discussed his involvement in "clubs, protection rackets, fire arms and extortion" and where it all went wrong.

At the age of 18, Welsh was arrested and imprisoned for extortion. In the podcast he explained: "The minute I hit that prison cell.. I knew (that money) wasn't for me."

Welsh spent four years in prison, and following his release, he focused on boxing as a way to reform his life.

Turning his back on crime and the emerging late 70s Edinburgh nightclub scene, he became the British ABA Lightweight boxing champion.

By the age of 30, he'd opened the Holyrood Boxing Gym, a charity project which was established to help young people stay away from crime in the city. As well as this, Welsh formed Edinburgh Helping Hands, a volunteer community-based organisation that works with partners to challenge social and economic inequality in the city.

So sad to hear the news about Bradley Welsh. A good soul with a massive heart. A massive loss. Rest in Peace my old son. ❤️

In 2009 Welsh took part in Danny Dyer's Deadliest Men series, where he described himself as a "born leader".

His appearance in Trainspotting T2 was his acting debut

Then, in 2016, Bradley made his acting debut in T2 Trainspotting as gangland figure Mr Doyle.

In an interview with The Scottish Sun in 2017, Welsh detailed how he landed the role: "Back in 2014 I was doing a massive charity event called Pads For Charity. The Trainspotting author, Irvine Welsh, who is a good friend of mine, brought up Danny Boyle and the screenwriter John Hodge to Edinburgh and helped us raise more than £44,000.

"It turns out they were all getting together to work out how to write the Trainspotting sequel.

"I met them all for breakfast the next morning and offered to help them with some set locations. Maybe it's the kind of laddie I am and with my upbringing or whatever, but they saw something they liked and afterwards John Hodge went away and wrote a boxing scene for Spud."

Welsh added: "I told Danny he could film in my gym, which he said would be 'perfect'. Then they said they’ve got a scene for me and Danny asked, 'Will you try out for a part? But you have to audition for it. I had never done anything like that before. I told him I'm not an actor."