‘The English are w******’: Edinburgh lecturer reported to police after quoting Trainspotting on Instagram

No charges were pressed

Edinburgh Film and Philosophy lecturer James Mooney was investigated by police after quoting a scene from Trainspotting in a now-deleted post on Instagram.

The post said: "Spent this morning telling a group of visiting American students that we don’t *really* hate the English, but that they *are* wankers. Welcome to Scotland." Mr Mooney is thought to have made the post after showing the film to a group of visiting students. 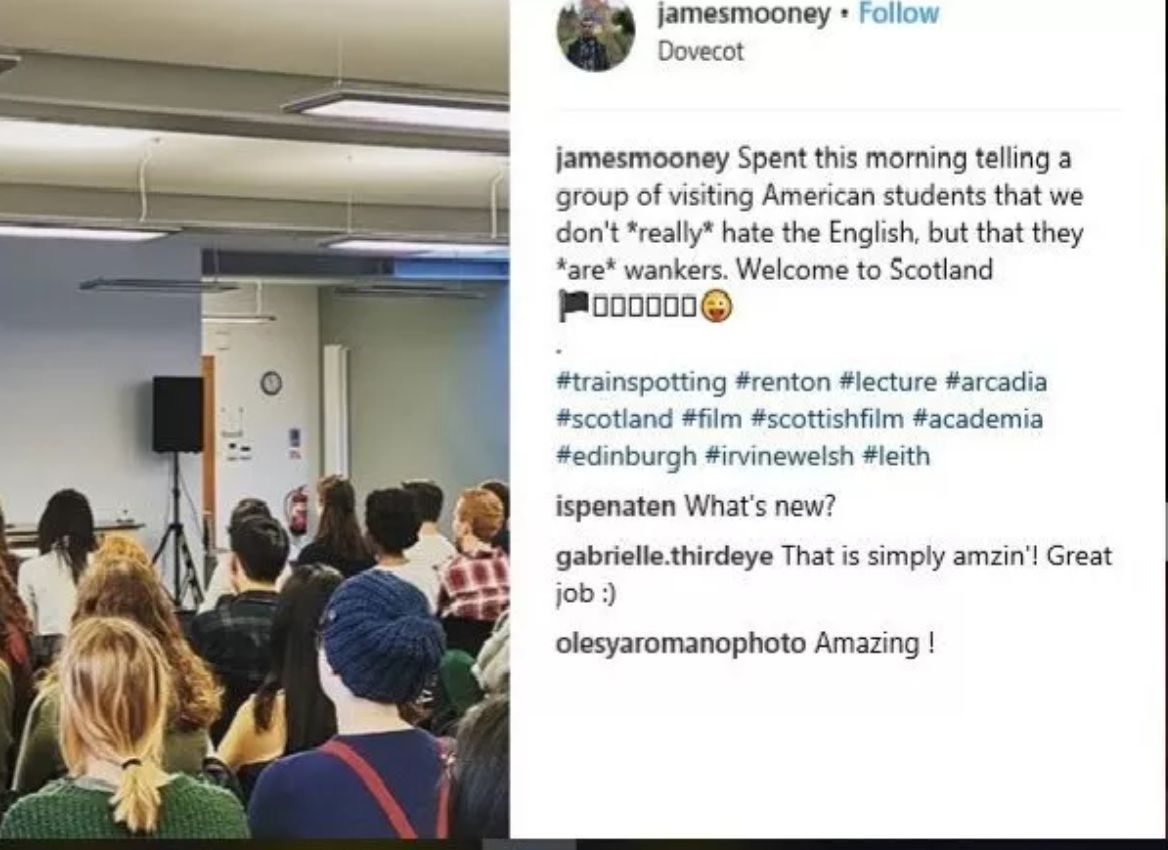 This was investigated as a "xenophobic comment" and recorded as a hate incident, before Police Scotland established that no crime was committed.

A Police Scotland spokesman said: “A full investigation was conducted and it was established that no crime had been committed. However, the matter was recorded as a hate incident. No further police action was required.”

As well as lecturing at the University, Mr Mooney is the current access and outreach development director at the Centre for Open Learning. He also recently launched a part-time access programme as a "commitment to widening participation."

A university source told the Edinburgh Evening News: "It was clearly meant in jest and no offence was intended or could reasonably have been taken. It is all totally ridiculous, a storm in a teacup if ever there was one."

James Mooney and the University of Edinburgh have been contacted for comment.