Antisemitic graffiti has been found inside the men's bathrooms on the lower ground floor of the Chrystal Macmillan Building.

The graffiti was discovered by fourth year history student Chris Marland, who photographed the racist slur and uploaded the image to Facebook.

This shocking news comes five months after the university campus suffered an influx of transphobic stickers. 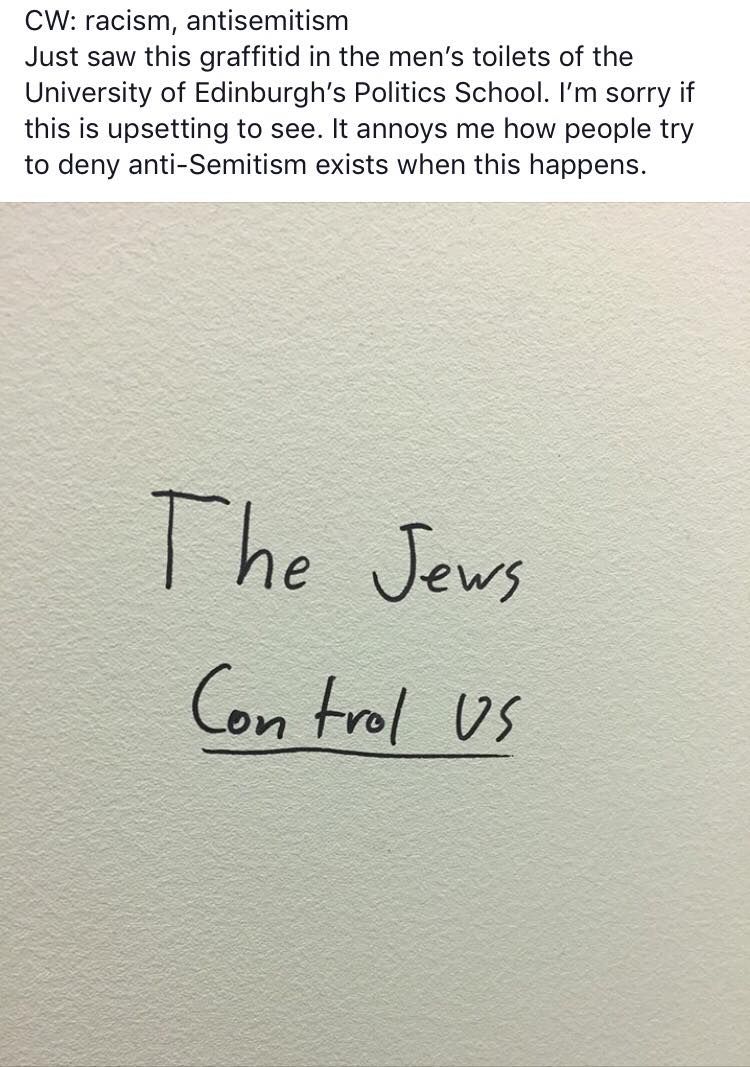 Chris told The Tab Edinburgh: "I was well, just going to the toilet, doing what you do there, and then I saw the graffiti written right next to the urinals.

"It's really depressing and unsettling that someone's decided to express their antisemitism in a public place. It seems like this is a pattern of behaviour going on among some students, because I heard a few months back that transphobic graffiti was found in the toilets of the HCA building.

"For anyone trying to deny antisemitism is a problem, here's proof that it definitely is and the antisemites are borrowing tactics already used against trans students." 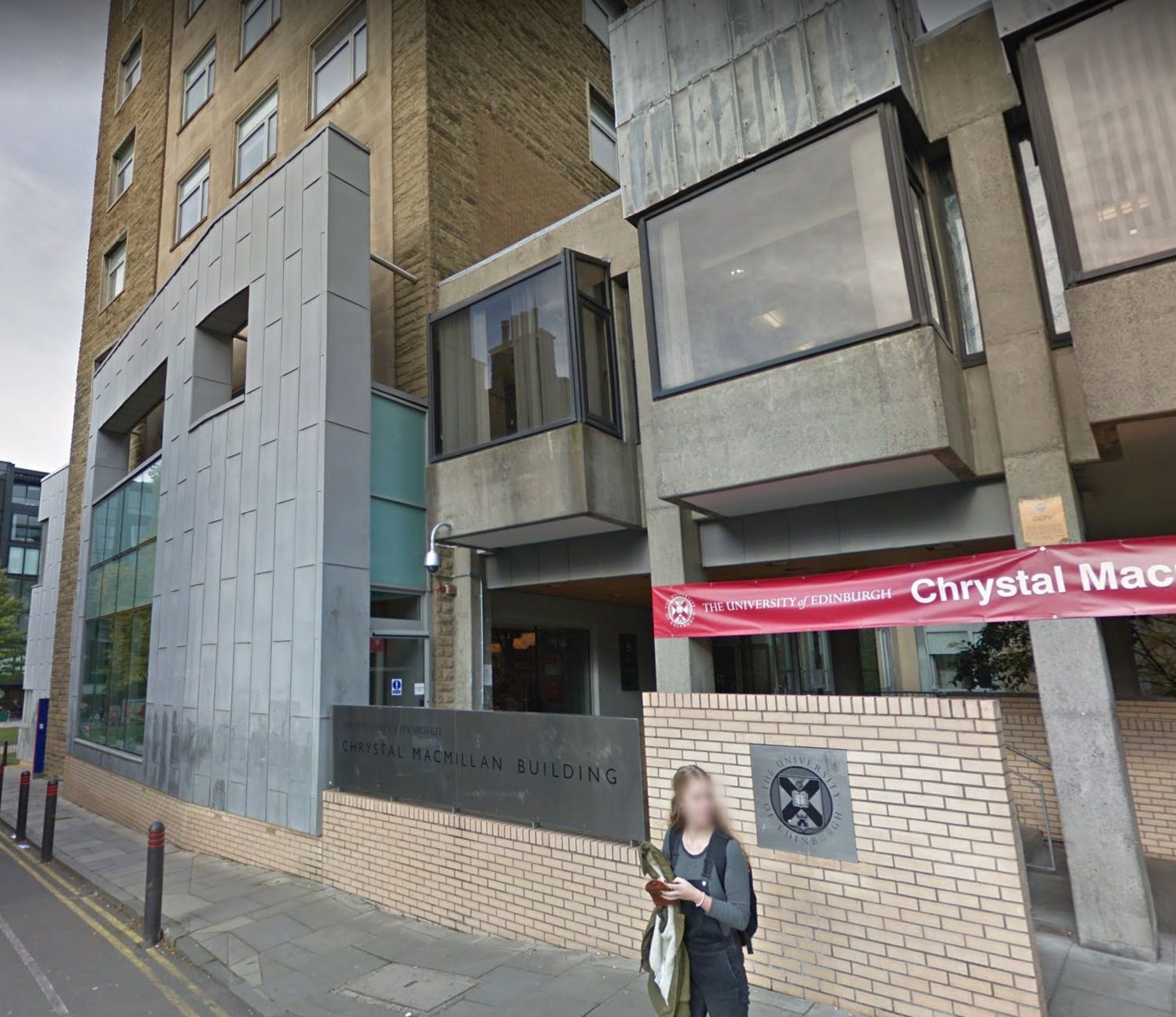 In response to the graffiti, EUSA's Vice President, Georgie Harris, told The Tab Edinburgh: "The presence of antisemitic graffiti on campus is abhorrent and has no place at the University of Edinburgh, or anywhere at all.

"Jewish students should be able to feel safe where they study – we completely condemn antisemitism in all its forms and we will always take the strongest stance against it. We wish no one had to see this, and have reported it to university security to remove. We will continue to work with security and the university to prevent this from happening any further."

Four patients have been tested in Scottish hospitals