What is happening here?

Two weeks ago, we saw a retiring lecture teach his final lecture dressed as Darth Vader, and it was brilliant, so brilliant in fact that it seems to have turned into a bit of a trend amongst Edinburgh Uni staff.

On Friday 30th November, pre-honours astrobiology students were expecting a "guest lecturer" to be taking their class. One thing they definitely were not expecting was an alien to be the one teaching their final lecture of the course.

Charles Cockell went out to get a coffee and returned dressed as an Alien visiting from a fictional planet called "Naknar 3". Adam Stevens, another lecturer from the course, introduced the "guest" to the class. Cockell remained in character for the whole first hour, wrapping up the semester in a way one usually does in the final lecture of a module. For the second hour, he dropped the act, teaching the second hour as Charles, finishing off the course. 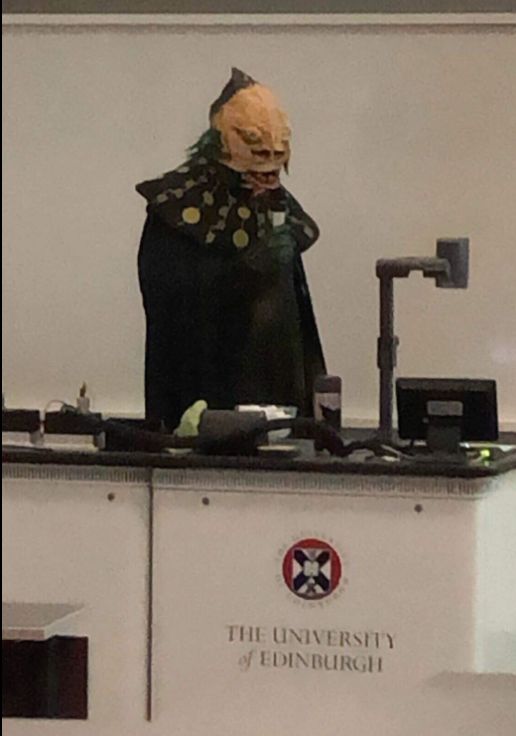 BRB changing my course to Astrobiology

Charles Cockell is an esteemed Astrobiologist, having written 15 books in total, and being a leading scholar at the forefront of space exploration. He has contributed to plans for the exploration of Mars, and stood as a parliamentary candidate for the "forward to Mars party" in 1992, advocating for Britain to be more involved in the exploration of Mars.

Lara, a first year student in the Astrobiology class, said "he's a great lecturer, so it wasn't massively surprising he did something as fun as this." In fact, Charles does this every year, and everyone finds it hilarious. 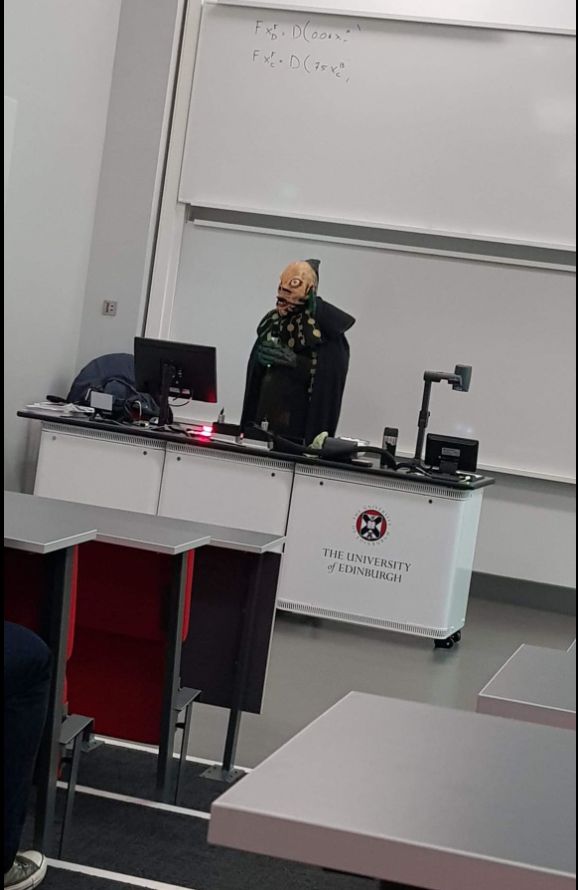 I hope that one day Charles discovers a new planet, and they name it Nakmar 3 after this hilarious lecture.