You’re not helping, you’re on holiday – the problem with ‘voluntourism’

Thankfully, colonialism in its most indiscreet form ended a while ago. Sadly, that has not put an end to arrogant, entitled Westerners heading abroad for self-gain, all under the mirage of improving the lives of local people.

‘Volun-tourism’ – the trend in which tourists go abroad and perform charity and community work – is perhaps the most prominent example of this.

Arguably the most at fault demographic in this regard are university and school students. World Challenge for example, a scheme upon which teenagers travel abroad and perform some charitable acts, sees participants fundraise simply to pay for their taking part in the trip.

What this insinuates is that this GCSE student from Surrey has that much intelligence and wisdom that impoverished people in remote regions of Asia are better off enjoying the privilege of their presence, rather than simply receiving the vast amounts that they have raised.

I have no problem with these kids looking to explore the world whilst they’re young, but don’t make out as though you’re on a charitable crusade. You’re off on holiday. Say as much, and see how well your fundraising goes then. Until that point, you’re essentially exploiting other people’s plight to bag yourself a cheap holiday.

It’s not only naïve school kids that are guilty. Every year since arriving at uni I’ve had to endure the students who can’t quite let go of their gap yah, standing at the front of my lectures, telling me people in Asia need our help to become self-sufficient and to clean up their sea turtles. 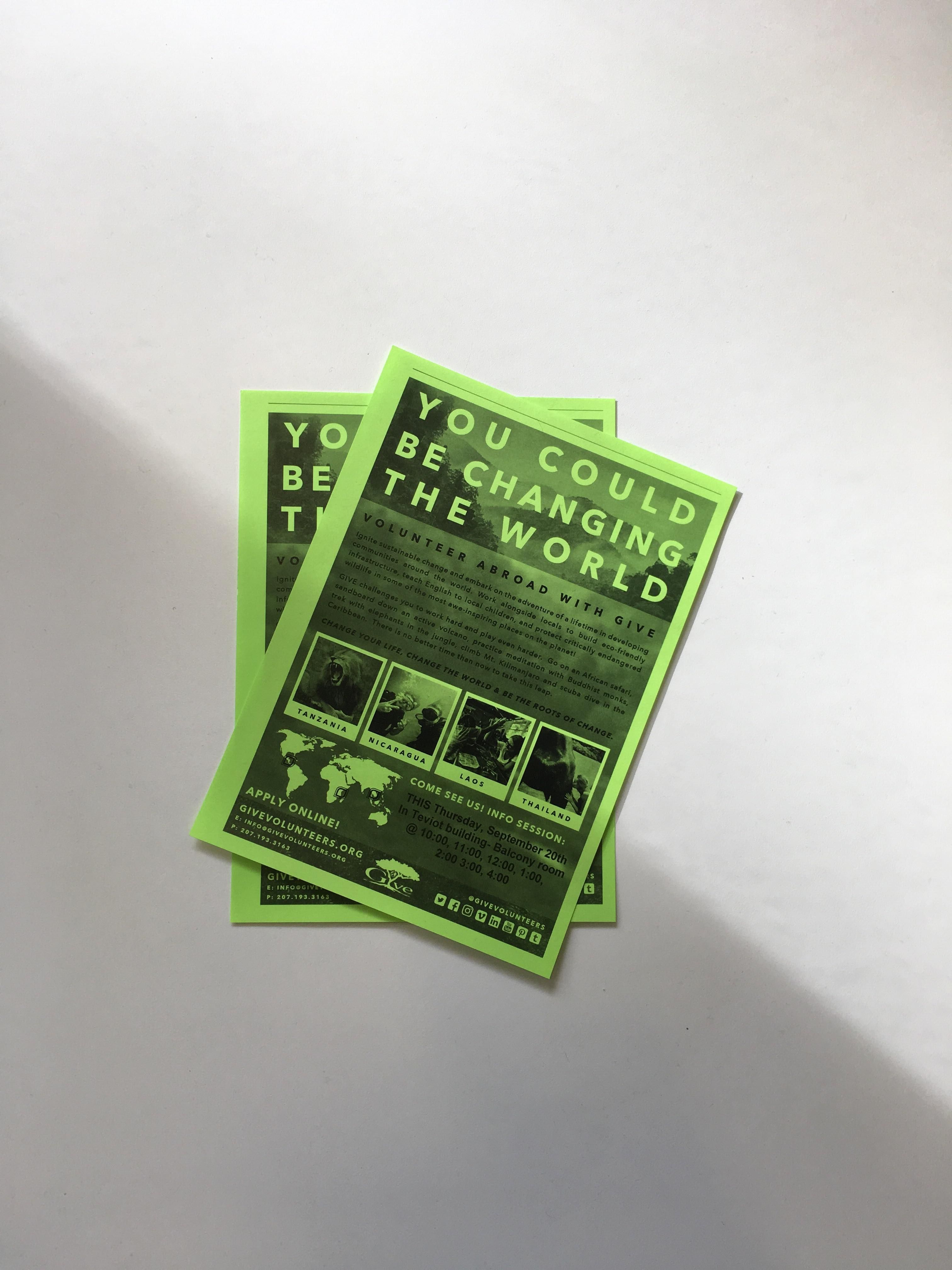 You could be, but you could also just be confusing some Nepalese children

The sheer arrogance of these people is astounding. The global poor don’t need entitled, middle-class (almost half of private school pupils take gap years, compared to 1 in 5 overall), Westerners coming over to lay a few bricks and pose for a few photos. If you genuinely want to help, donate some money and let the experts and locals do their jobs. Otherwise, keep schtum.

Volun-tourism isn’t just irritating, it can also be harmful. Voluntary Services Overseas (VSO) has described charity tourism as a new form of colonialism. Judith Brodie, who was once UK director, suggested students travelling to developing countries can in fact end up doing more harm than good. In particular, she has criticised the emphasis on volunteer enjoyment over how to help the communities they work in.

The emphasis on tourist enjoyment can reinforce dated stereotypes about developing countries and acts to make a spectacle out of poverty. Some ‘voluntour’ experiences for example have been accused of keeping conditions deliberately squalid, so as to draw in fee-paying tourists.

In addition to this, studies by child psychologists in South Africa have suggested that hyper-affectionate orphaned children only behave in such a manner because they are constantly forming bonds with outsiders who, inevitably, abandon them.

We would not expect a normal child to so immediately show such love towards a stranger, and many are suggesting that this behaviour can be viewed as a sign of on-going psychological harm.

"The Broken Africa stereotype is one of the main ways many white people picture Africa: a violent hellhole, savage and cruel, a place of war, genocide, famine, slums, disease, failed states, refugee camps, etc. Aids, malaria and Ebola. Idi Amin, Mugabe and now Kony. Rwanda and Darfur. Somali pirates. Corrupt government officials. Child soldiers. Black men raping virgins to spread Aids. The heroes of this piece? White saviours, like Bono and Miss Jolie. War, famine, disease and evil men are found throughout the world and throughout history, not just in Africa. So why does the image of a Broken Africa stick? The Rule of How Mud Sticks: When blacks do something bad or whites do something good, it is largelydue to inborn qualities – like “black” crime and “white” inventions.When blacks do something good or whites do something bad, it is an exception or largely due to circumstances – like black inventions and white crime. This creates an imbalanced, racist picture of Africa: Mugabe? Proof that blacks are unfit for rule. Hitler? A madman. The Rwandan genocide kills 800,00 Tutsis? Proof of how violent Africans are. The German genocide kills 6 million Jews? That was an exception. The Germans killed 100,00 Hereros in Namibia? Another exception. Middle-class Nairobi or Luanda? Exceptions. The slums of Nairobi and Luanda? Proof of how screwed up Africa is. Great civilizations? They tell us nothing. Like most stereotypes it is two parts self-serving lie and one part projection: Projection: It was the West that broke Africa. It was the West that was savage. It was the West that could not run things properly. Before whites showed up Timbuktu had more people than London and its schools were better known at the time than Oxford and Cambridge. After whites appeared over 17 million died in the slave trade and the slave wars. Self-serving lie: The stereotype did not arise till the 1700s to excuse the slave trade – and later grew in strength during the white rule of colonialism. That Africa is poorer than Europe and North America has nothing to do with whites robbing it of human labour and mineral wealth." #whitesaviourcomplex #whiteprivilege #maarifacircle #MisEducatio

Popping in to teach baffled children English, or to harvest a couple of plants, is inefficient, ineffective, and won’t help impoverished communities around the world to prosper. What these communities want and deserve are the tools, resources, and opportunities to learn and to do that work themselves. They require financial support, not unskilled volunteer labour.

Anyone genuinely wanting to help should save money on flights and accommodation, and instead give it to those who could really use it, and who are already doing remarkable things against the odds.