Every possible generic holiday your mates went on this summer

We get it, Nathan. You took a pill in Ibiza.

Summer 2018 has, at last, drawn to a close. The evenings are getting darker, rosé consumption is fast declining, and girls are FINALLY slowing their pollution of our feeds with glitter-covered festival grams. We had all had enough of our boring hometowns and were itching to get back to uni to see our lovely pals.

Cue the spanner in the works. It is an inevitable fact of student life that most post-holiday conversations and catch-ups will be dominated by who did what over summer, and for some bizarre reason it all gets weirdly competitive. Students battle over who had the best summer, who downed the most pints in one sitting, and who has the craziest tales from their travels in South America. You were mugged by a drug dealer whilst riding a donkey through a McDonald's drive-thru? I totally believe you, and will be forever humbled being in the presence of such a legend.

Here are all the stereotypical holidays your mates will have been on, and that you're probably already bored to death of hearing about.

The ‘lads on tour’ bender

You can almost smell the stench of the sweaty mosh pits through your screen. The more fortunate of us can only imagine what horrible antics ‘the lads’ have got up to, with the less fortunate of us having been sent everything from videos of boys vomming and shitting simultaneously, with both ends missing the toilet, to footage of a boy pulling out his remaining front tooth to match the other that was punched out during the club’s third rendition of Will Grigg’s on Fire.

Arguably even worse than their male counterparts' trip. Unless you're an established member of the girl squad in question, these holidays are verging on painful to witness. Be it via their Snapchat stories, Instagram stories, Facebook posts, and even their Facebook live because they were “SO DRUNK!!!!”, we at home saw everything you could ever see (and more) that occurred on these trips. Be warned – the #tbt posts will continue until the next trip in summer 2019. 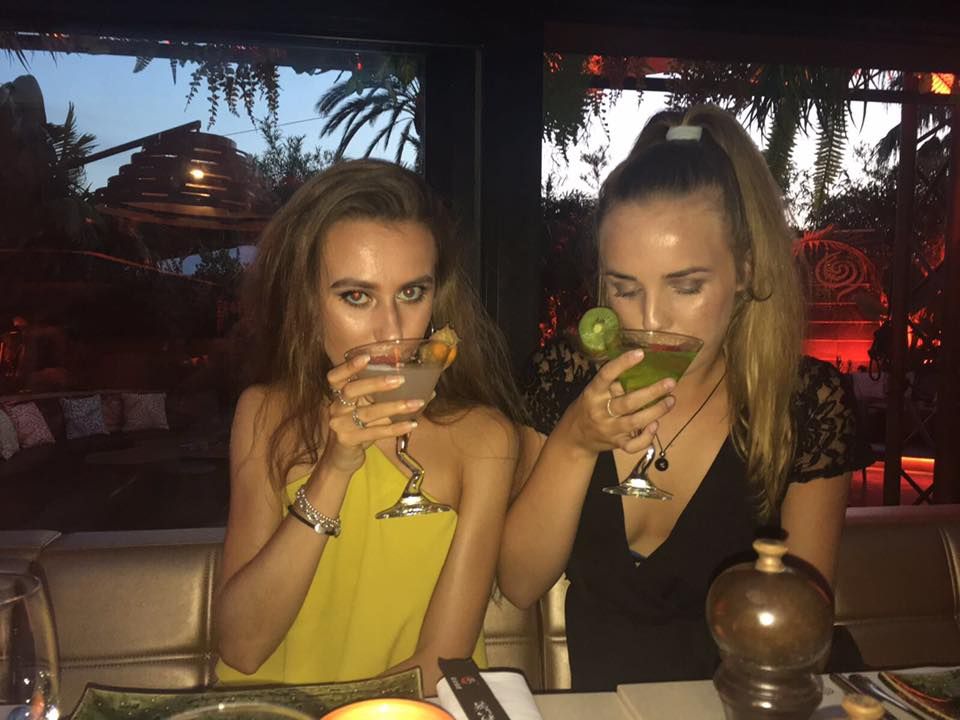 Did someone say candid?

Ah, the intern. In case they failed to tell you in person about how tiring yet rewarding – not to mention how highly competitive – their stint as a professional paper-shredder was, they gave us constant reminders of their impressive summer on every social media platform possible. There was the daily morning snap of their jam-packed train that they valiantly fought through the crowds to catch, their tirade of statuses proudly declaring being on their fourth coffee of the day at 11am, and not to mention the countless IG stories of after work drinks with fellow accomplished interns at All Bar One. We get it. You have your life in order and we are all secretly very jealous. However, how can you be making all those coffees and shredding all that paper when you’re constantly glued to your phone? Suspicious. 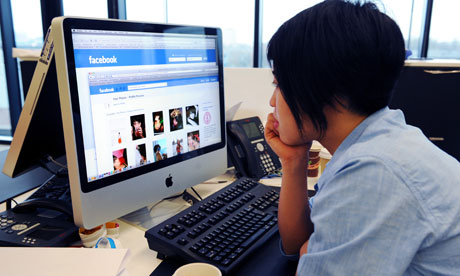 Jealous of their gap year pals who spent the year getting up early to view fit sunrises rather than attend 9am tutorials, swathes of wannabe gappies bored with their own mundane student lives flocked to south east Asia the second summer arrived. Their ‘travels’ *cough * holidays *cough* were comprised of every stereotypical gap year experience that comes to mind, from Full Moon parties to petting turtles, and of course it was all heavily documented for the fans at home. They returned to uni appropriately dressed head-to-toe in shell necklaces, elephant print harem pants, and enough wristbands to render their hands immobile, which all together serve as a constant reminder of their time spent travelling – in case of the very unlikely event of them forgetting to ‘accidentally’ drop it into conversation. Every. Single. Conversation. 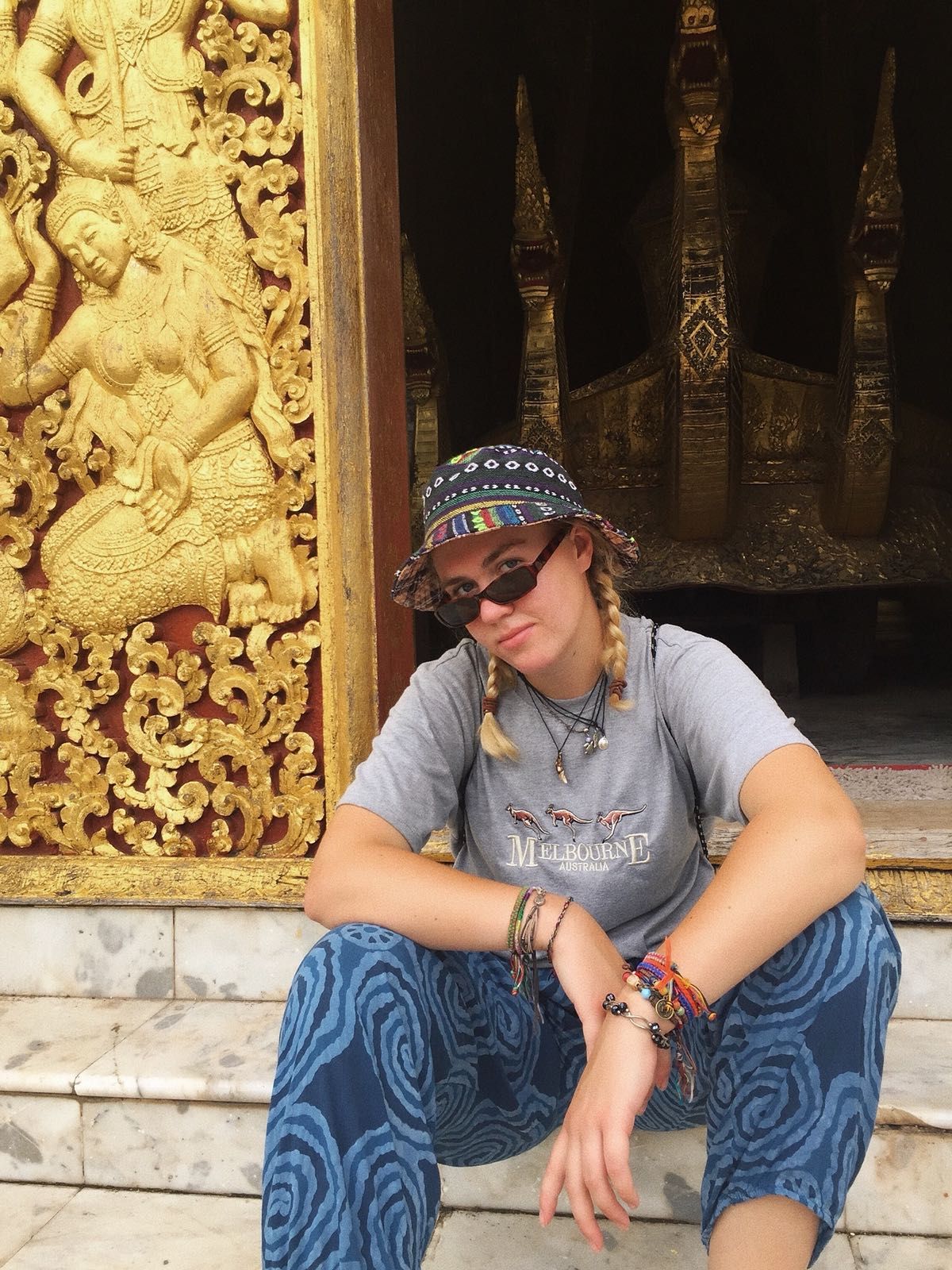 Sweatpants, hair tied, chillin' with no make-up on

Yes, the location may not be Magaluf or Ibiza, but, bloody hell, a 'quiet' weekend away with some friends in the countryside more often than not turns into an absolute alcoholic mess entailing about as many broken bones as broken glasses. Things can get very weird in the seemingly peaceful countryside, starting from the very first Bucks Fizz. Next thing you know, the local pub has been drunk dry, someone will deffo whip out the bagpipes, people drunkenly dual with their family swords, best friends end up bonking each other, no one is wearing any clothes, and you wake up in the morning relieved that you can't remember a single thing past 4pm the day before. What happens in the countryside, stays in the countryside. 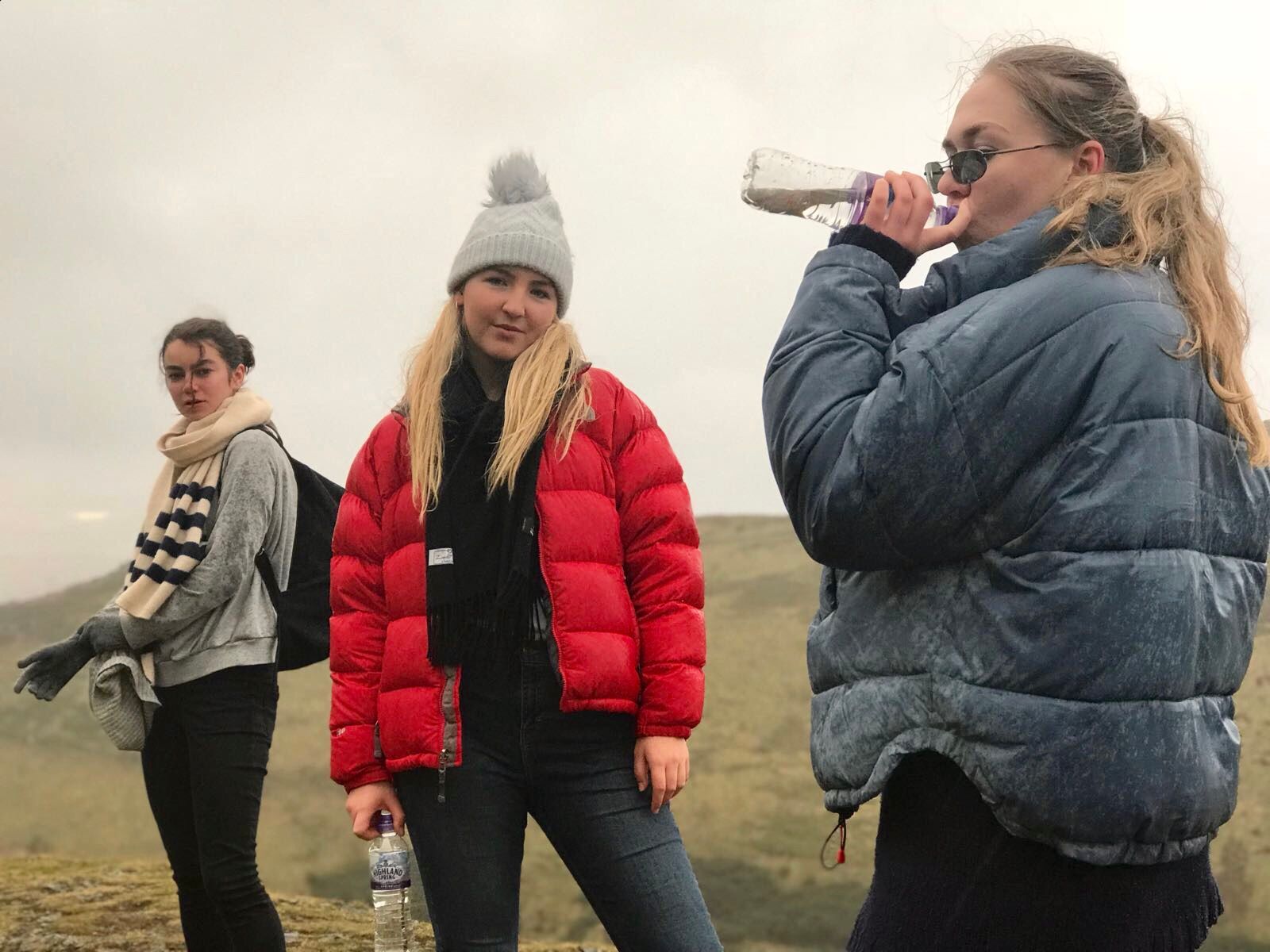 If you concentrate really hard you can almost hear the bagpipes

Nothing screams summer more than a jeroboam of Veuve – am I right? A lot can be said about a boujee Bagatelle bender, but it's difficult to claim one isn't jealous viewing the millionaire-infested mayhem unfold via Snapchat, when you're at home, Calippo Mini in hand, soaking up the British 'sun'. Yes, it's very in your face, and, yes, being a jumped-up private school kid decked out in Cartier Love bracelets and a Burberry headscarf is a prerequisite, but these holidays do look bloody good fun, and seem to feature the most sound, sesh-loving parents on the scene. You dance on that table, Linda! 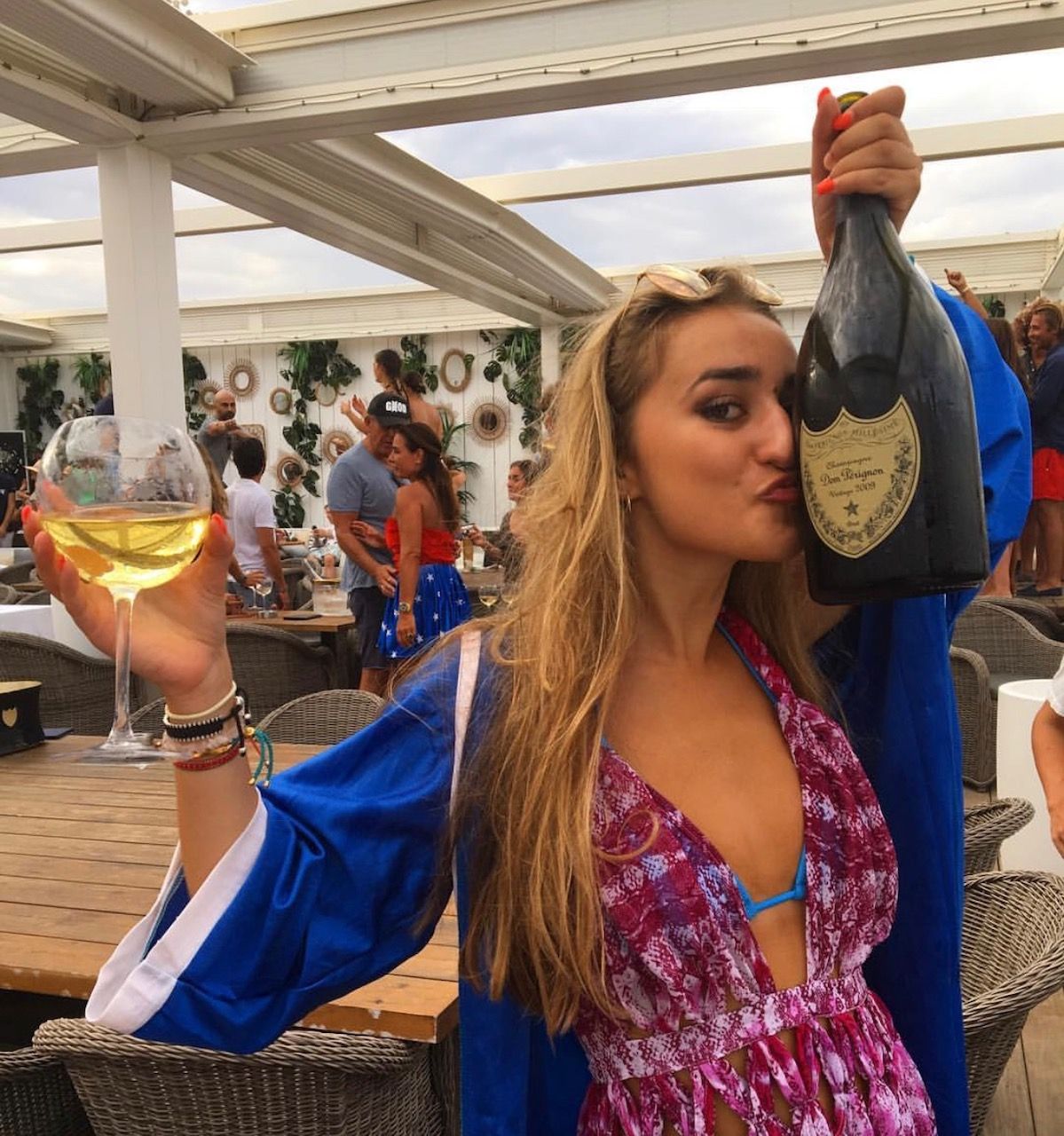 Gotta stay hydrated in such heat

The mate who went MIA for 3 months

We all have that mate who literally vanished this summer, yet returned unfazed to uni in September as if nothing ever happened. Their WhatsApp messages were left on single tick; their iMessages never showed up as delivered – yet it turned out they backpacked through Europe, climbed Kilimanjaro, and helped build a school in outer Siberia. We all love a low-maintenance friend, but when you’re left genuinely questioning whether they’re alive or not, it all becomes just a tad worrying. At least send a postcard next time, pal. 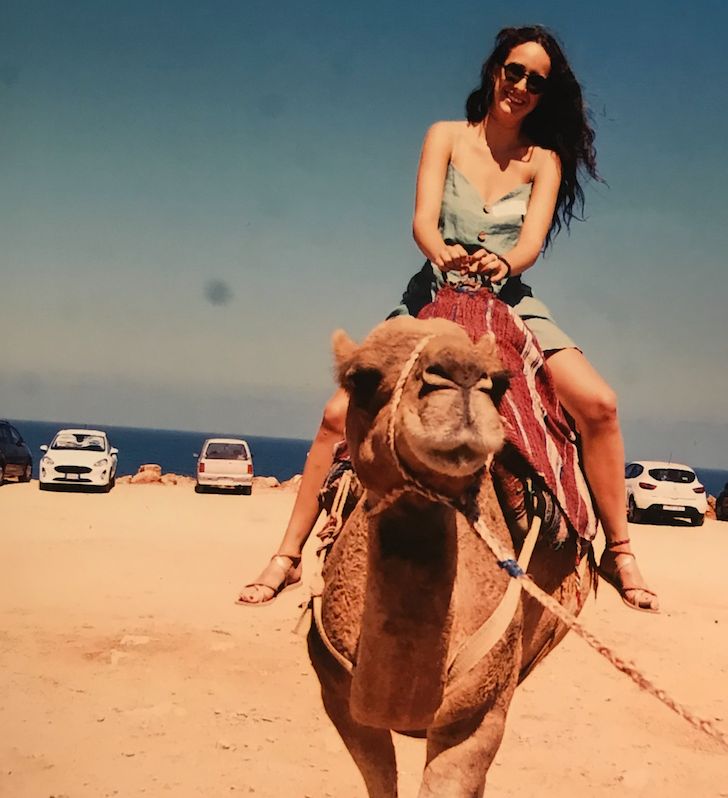 Fine – ditch us for your new camel mates