Tucked away in the comfortable middle class neighbourhood of Bruntsfield is a hive of radical politics and radical washing policies. The Edinburgh Student Cooperative has remained an elusive institution, claiming rents as low as £315 a month including all bills, leaving freshers clamouring to find out how.

But this isn't your normal student accommodation. From dressing as children, naked massage parties to gendered speaking times at housing meetings, things aren't as perfect as their Facebook ads would make it seem.

We spoke to a Hannah*, having lived there for several years, about what it's like to live in Edinburgh's Student Co-op. 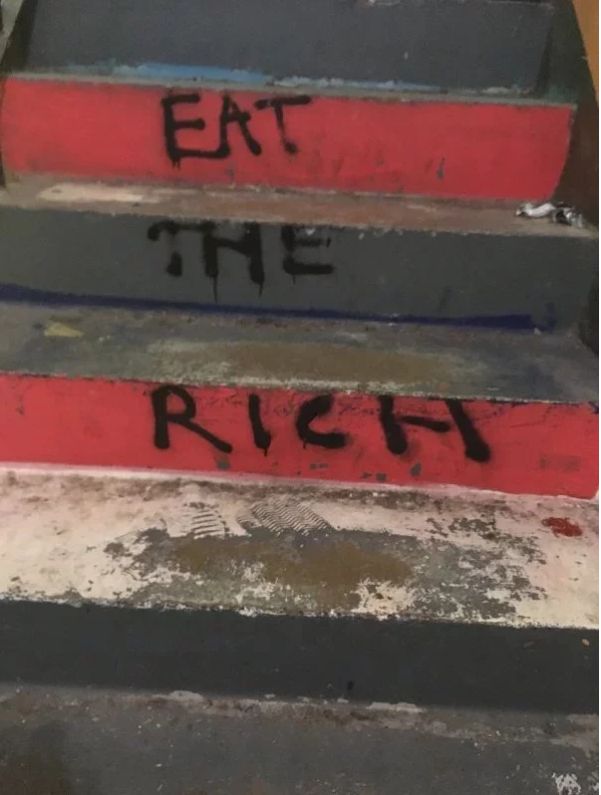 They'd like to eat the customers, rather than the food at the JMCC

Imagine being allowed to renovate your room however you like at uni, change the furniture and paint the walls. Whilst this might sound like a blessing to those creative types there are no rules on when you can, and more importantly can't redecorate, with one member unable to sleep whilst the person opposite them played music and redecorated the adjacent wall all night. Hannah described the wall displays as "outrageous art", inside and out of your room.

Roughly 100 people are supposed to live in the Co-op, but those numbers fluctuate and are often higher than suggested. 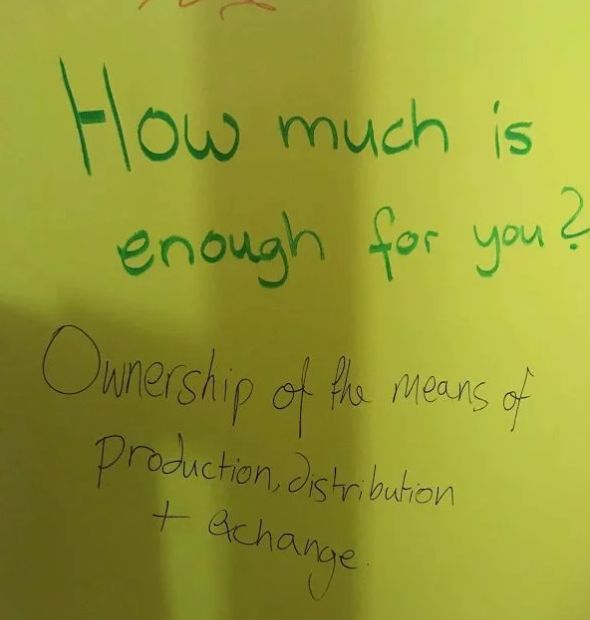 Perhaps they're not also members of the ECA

The Co-op didn't have a deposit scheme or inventory system in place, or even a requested state on how to leave your room when you moved out. Reportedly last year they decided only a month before people were due to move out that you must leave a bed, wardrobe and a desk. If you didn’t you would be charged the amount to replace them. 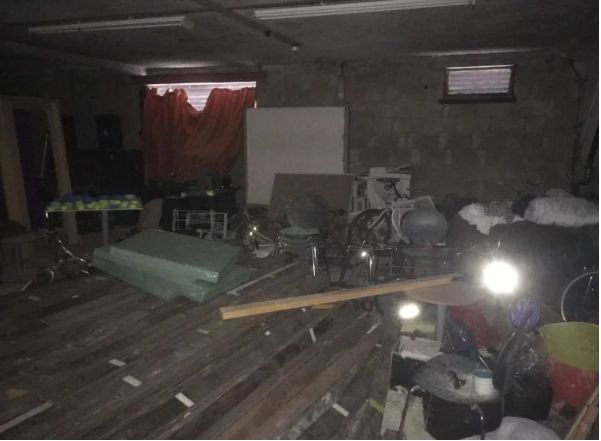 In their defence they're in dire need of new furniture

Who are the people living in the Co-op?

We’ve all been woken up at our halls before, but at the Co-op you can be woken by more than just a loud party. Hannah informed us they were "woken up by other members of the Co-op running around the courtyard doing a sort of social experiment going 'back to their childhood' and acting like children, wearing children's clothes and screaming." That's apparently typical behaviour in the Co-op. 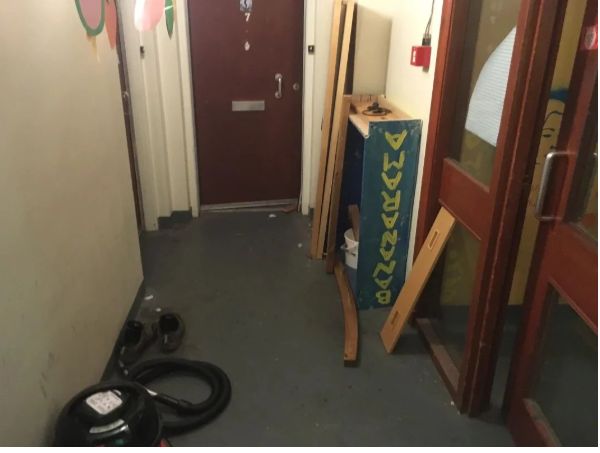 Other members of the Co-op are said to play super loud music until early in the morning, and regularly consume drugs inside the building. The Tab were told "they had a party once where people started getting naked, it wasn't sexual, but they began to give massages to the next person in a sort of circle. Lots of them were high, it was quite surreal".

Many members of the Co-op aren't students, and "at least 10 people didn’t even sign their contracts last year, so didn’t have to prove they were students", said Hannah. Accordingly the founders of the Co-op, two men named Mike and Nathan, have remained in the building since it was founded. 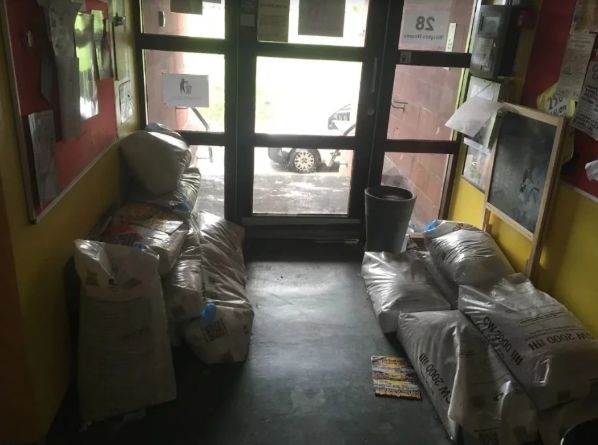 Just step over the construction materials on your way out

The leadership and rules of the Co-op

People are split into working groups, smaller pseudo-collectivist task teams which run different areas of the Co-op, even taking "gendered minutes", noting down how long men and women speak to ensure men do not speak more.

The Co-op is currently undergoing renovations, and so to keep the gender balance neutral, the manual work is split up equally between men and women. Reportedly it's slowed down the construction times as the Co-op seeks to achieve their gender targets, rather than construction deadlines. 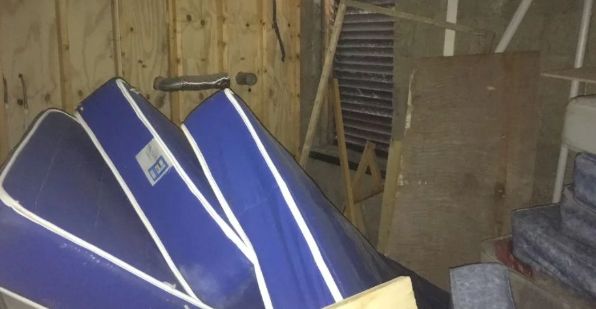 I wonder if there is a pea at the bottom

The accommodation has a safe space policy with the implication that breaking it could lead to eviction. The policy includes special exceptions for "oppressed people" who don't have to give reasons to launch a complaint, and receive self-described "special treatment". The policy also includes explanations of oppressive behaviour and privilege, and a requirement to even change the way you dress if someone deems it offensive.

It has been suggested people are removed from the Co-op for ideological reasons. On Facebook one member raised a counter argument to a point on social justice. Subsequently at a working group meeting it was claimed they should avoid people with those views living here.

So, what does £315 a month get you facility wise? Unsurprisingly, not a lot, just two washing machines, and no cleaners! At one meeting, the residents wanted to start to force people to clean, but the suggestion was rejected. Instead, they were told to instead "convince each other to clean". There is no policy of having to keep your flat clean, and there aren't any cleaners, as they don’t want it to be like student halls.

Hannah said: "The floors used to be covered in mouse shit, as people would leave food out, and as you don’t have to open your room for inspections people who left out food cause ceaseless problems". On top of this, old mattresses and rubbish can be found abandoned in the corridors. Charming. 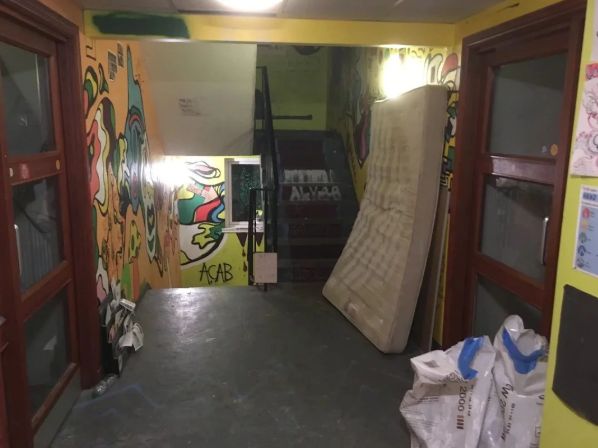 Wasn't this a scene in Trainspotting?

There are only two washing machines and two driers for the whole building. Flat windows fail to close properly, and for hot water boilers are required to heat water overnight. However the overnight feature rarely works in most flats, and you have to wake up early in the morning to turn the boost on just to shower in hot water.

Unlike student halls you don’t have anyone to call to come fix things, you’re supposed to do it yourself and invoice the Co-op. You pay out of your own pocket up front, so the £315 a month can often skyrocket if you want things to work. "One girl was hospitalised from an illness related to mice droppings when it got really bad", said Hannah. 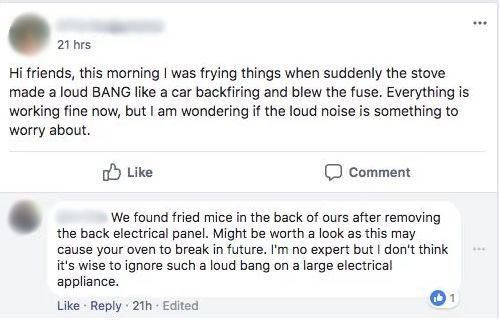 Hannah claimed the £315 bargain price tag has been going up every year, as the leadership want more revenue to do up the basements for parties. The basements are currently these freezing rooms they hold meetings in filled with trash.

Co-op members' rent money was allegedly being used to pay people to work on their basement renovation, and these same people continued to be paid while they were off occupying the lecture theatre in George Square. 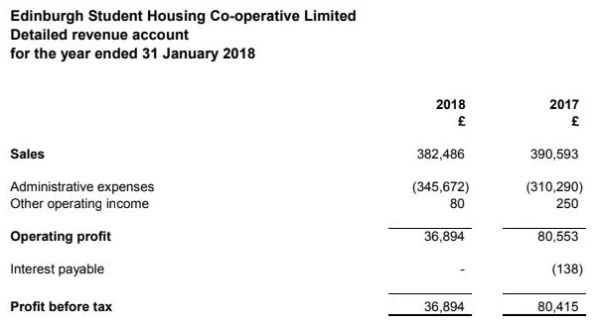 It's a for profit Co-op anyway?!

The facilities are only made worse by the members, too. Hannah said: "Perhaps the most awkward moment was the ban on sex in common areas, such as the showers as it had become such a problem".

One such member used to live in a three-person flat, when his flatmate’s girlfriend showed up and started living there in the same room. However, the Co-op wouldn’t throw them out as they don’t like to threaten people, so he had to share the shower which the couple regularly had sex in.

The lack of respect for the common good continues on when it comes to laundry, too. Rants and posts about stolen washing are regularly found on the Facebook group, after their clothes had been taken from the laundry room by other members of the Co-op. 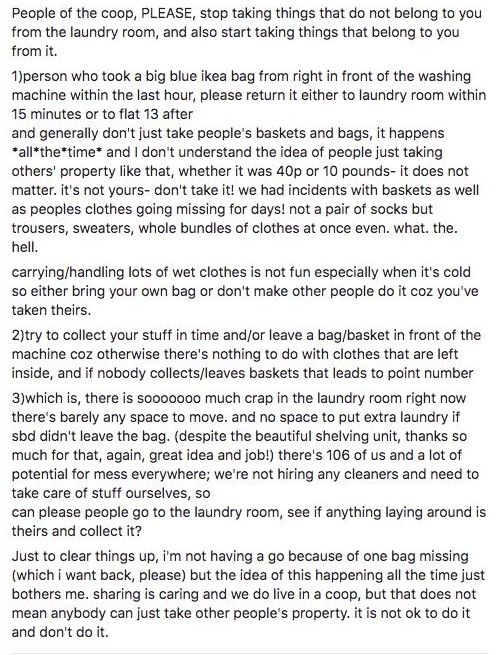 Common ownership of your underwear

After a quick chat and a peek at the Edinburgh Student Co-Operative it's safe to say that I won't be rushing to sign up for the £315 a month living, childhood experiments, and regrettably going without naked massages for the foreseeable future.

When we reached out to the Edinburgh Student Housing Co-op asking for comment on all we'd been told, they simply replied: "You're right on the money: all that is true AND MORE!!"

*Interviewee's name has been changed

We are recruiting new writers, social media editors, and video creators. Sign up to join The Edinburgh Tab here.