The rent was £6 a week in the seventies

Pollock Halls has, and always will be, the home to most of Edinburgh's first years. It's one the city's largest social bubbles – everyone knows everyone there.

We wanted to see if this has always been the case, and find out by chatting to people who used to live there, some up to fifty years ago.

We asked about the cost of rent, which now sits at around £7900 (on average), as well as how it was furbished back in the day, and what the people who lived there were like.

I was in Pollock in the 1970s – Brewster in fact, which no longer exists. I stayed there in my first and third years. I had a room with an amazing view over Holyrood Park and the Salisbury Crags, which glowed bright red at sunset.

I think one of the things that has changed since then is that there were far fewer students. I think there were 15,000 altogether (including postgraduates), and even then there was a real shortage of university accommodation.

In my first year I arrived from Belgium and, like hundreds of others, had nowhere to stay. People were being given temporary beds in local halls or being put up by public spirited lecturers and members of staff. I spent my first three weeks staying with a Psychology lecturer in her flat down on Dalkeith Road until a room became available in Pollock.

At that time halls were not the prerogative of Freshers as I think they are now. There were 1st years in the catered halls, but in the self-catered ones like Brewster there were all types of students from all years which was great.

The rooms themselves were tiny, but we appreciated the central heating which other student flats definitely didn’t have back then.

Most of us were kinda hippie. We wore long skirts, smock tops, bell bottoms, velvet jackets, and even the men had long hair. There was lots of smoking and really bad coffee.

There were no cell phones back then, instead there was a communal phone on every floor and whoever heard it ring would answer it and try to find you. We mainly hung out in the first floor common room and watched Monty Python, occasionally having a party there.

We had a young married couple that lived there as 'House parents' and the men were housed on two of the floors and the women on the other two. 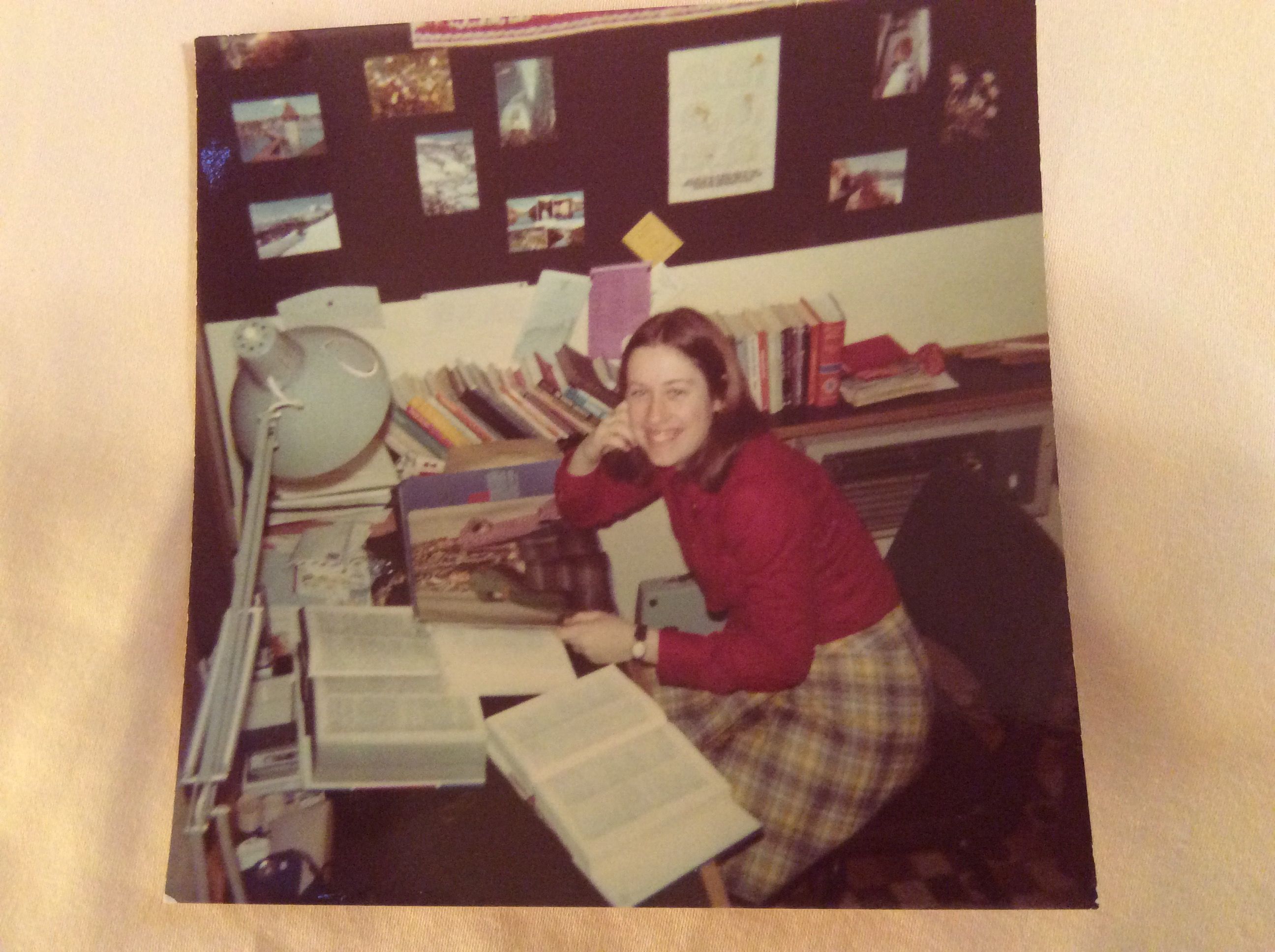 I have a vague memory of paying a little over £6 a week. Maybe a little over, six pounds and some extra pence. My scholarship at the beginning was £50 per month.

I stayed in Ewing Hall and I can remember that there was a small electric bar fire which took coins if you wanted extra heat, and in the centre of each floor there was a shared kitchen area with a kettle and toaster, but it was a catered hall so we didn't have much in the way of proper cooking facilities.

The toilets and bathrooms were also in the centre with all the rooms on the outside. From what I recall the walls were a cream colour and there was a wash basin in the corner of the room.

I can't remember exactly how much the rent was but I was on minimum grant in my first year which was £410, and my parents had to top it up to whatever the full grant was which I think may have been about £1250. 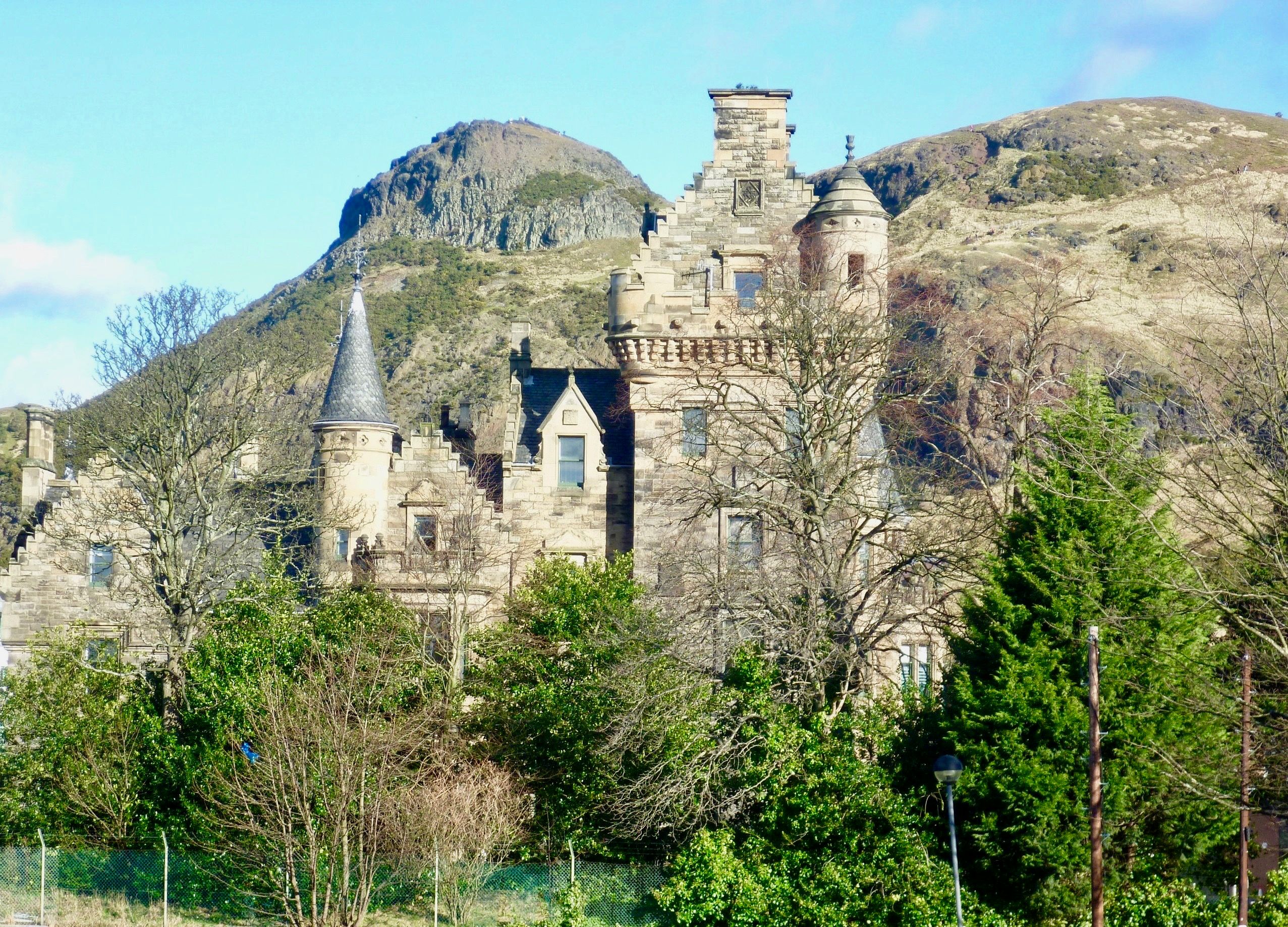 The food was pretty ok – we never went hungry. The rooms were also ok, but we had to feed the electric meter 50p after 50p until they upgraded the electrics.

In terms of what was in the room, we had a single bed, a desk and a chair. There was also a sink in the room, although the main washing facilities consisted of a shared shower and bath facility. The kitchen was also shared with plenty of other students. 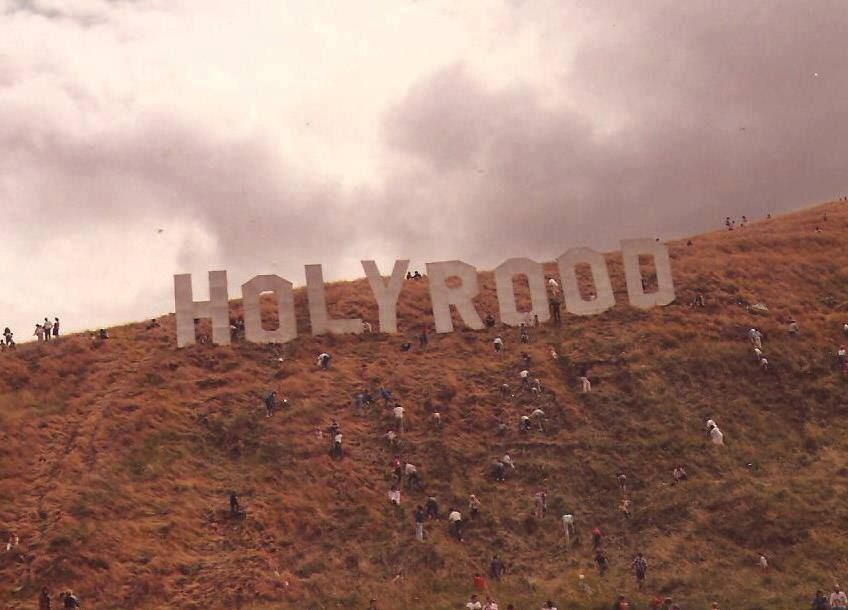 I used to stay at Pollock, it was such a good place. I remember the convenience of life around that area and just the very friendly attitude from the reception staff there. I still remember the Meadows, and the nice scenery around the area.