Kanye West is this generation’s Walt Disney, and he deserves your respect

‘This generation’s closest thing to Einstein, so don’t worry about me, I’m fine’

Whilst it’s hard to argue that Kanye West is underrated, it is much easier to make the case that he is treated with derision by far too great a chunk of the public.

Whilst West has received critical acclaim, and enjoys a large, devoted fan base, the mention of his name to your everyday basic sparks a roll of the eyes and some form of shit, banterous comment.

Perhaps you’re one of these uninformed luddites, maybe you know one and wish to educate them, or perhaps you just wish to revel in our Lord Kanye’s greatness. Whichever of these categories you fall into you, read on for a, very much non-exhaustive, list of why Mr West deserves your respect.

He made it okay to be moist

Without Kanye West, there would be no Drake.

The release of 808’s & Heartbreaks in 2008 marked a significant change in direction not only for West himself, but also for rap as a whole. Not only did the album mark a shift in terms of the style of production, but also in the content of rap songs.

808’s was released after Kanye had suffered a split from his fiancé, as well as the death of his mum, and he wore his emotions on his sleeve on the album’s tracks. Given raps traditional association with bravado and masculinity, a high profile artist taking such a bold step gave countless subsequent artists greater freedom in what they could create.

The most significant beneficiary of this freedom has undoubtedly been Drake. Notorious for his moistness, Aubrey has acknowledged Kanye’s impact and cited him as an idol. So anyone crying along to Take Care, or doing a hotline bling pose in a nightclub, should make sure to give praise to the most high – Yeezus.

He loves his mum

‘Duh, so does everyone.’ Fuck off. 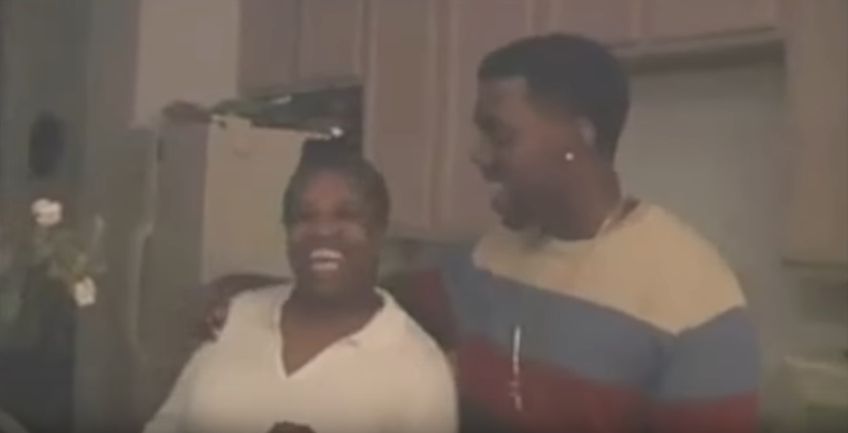 Obviously most people are fairly partial to the woman that birthed them, but Kanye and Donda’s relationship is a particularly sweet one. I challenge anyone to watch the video of the two of them singing ‘Hey Mama’ together without softening their cynicism.

Kanye has made tributes to his mother in numerous songs, particularly touchingly in ‘Only One’ in which Donda West speaks to Kanye’s daughter, North. He’s even made a video game where players are tasked with getting Donda into heaven. Think about that when you’re buying some supermarket flowers on the 30th of March.

His personality can be deceiving

A large reason for the general hatred towards Kanye is his gruff, aloof, and generally mardy personality. A first point to note is that these characteristics only really became prominent following his mother’s death.

Donda died following complications in cosmetic surgery that Kanye was paying for, and as such he still blames himself for her death. It’s understandable that such a tragic event would alter your outlook on the world.

“Throwback to that time I surprised Kanye with a trip to Japan for his birthday! He had to guess where we were going based on the snacks and magazines I had the plane stocked with! He was happy!” @kimkardashian #ThrowBackKanye

Secondly, why would he indulge the press harassing him 24/7? Whilst some rely on simply being famous to maintain their careers, so must humour the paparazzi, Kanye’s achievements speak for themselves. He doesn’t need to give them the money shot. Any glimpse behind this shield reveals a different man.

Channel 4’s ‘Public Enemies’ documentary highlighted a key difference between Kanye and Jay-Z. Jay, ever the businessman, released a simple, generic (trash) clothing line daubed with his name. A classic, guaranteed money-maker for any popular artist.

Ye arrives on his office yesterday, he is wearing a black Francis And The Lights 'Just For Us' Merchandise Cap, yellow Adidas Basic Sweater, black Yeezy Season 5 Shorts and a pair of white Yeezy Mud Rat Sneaker.

Kanye, however, has sought to develop various genuine fashion projects, on which he has often lost millions. Whatever you yourself make of the designs, such a level of creative integrity should be admired. 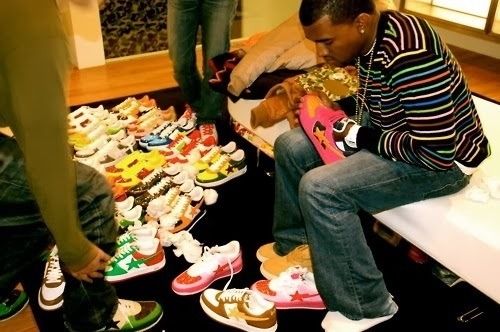 Aside from formal projects, Ye’s day-to-day wear has long shaped trends in the wider public. From his Bapesta days, to rocking leather trousers, through a shutter shades phase, West has had thousands mimicking his style every step of the way.

He doesn’t play it safe

The classic line about Kanye West is how much better his earlier stuff is. For most artists, people saying this are basically trying to show you how cool and alternative they are. For Kanye however, there is a legitimate case to be made.

College Dropout, Late Registration, and Graduation are all exceptional albums that you could legitimately see as superior to what was to follow.

It would've been easy to continue making albums in this ilk, sticking to a tried and tested sound, as many artists do. Instead, with each album West has looked to push boundaries.

MBDTWF is a masterpiece loved by many, as is TLOP, and whilst Yeezus gained a mixed reaction, at least it attempted to do things differently.

He called out George Bush

If this clip doesn’t endear you to him, I can’t help you.

Last but not least.

This is subjective, of course. However, given Kanye’s consistent success as a producer and artist for over two decades, for anyone to deny his talent is ludicrous.

People tend to be very dismissive when comparing current artists to past greats, but Kanye should undoubtedly go down in history alongside the best of them.

Does your heart ever just go I love these 27 heart memes, cause mine does